The road to Mitchell River National Park is a rough 80km 4WD track from the Kalumburu Road turnoff to the park and it took us about four hours to negotiate sharp rocky patches, severe corrugations, washouts, bulldust patches, about 15 creek crossings and the 600mm deep King Edward River crossing. But it was worthwhile. The Mitchell Falls and Merten Falls are spectacular so soon after the wet season and in full flow. Heliworks operate from the campsite and we took a transfer flight in a Bell helicopter over and to the top of Mitchell Falls and hiked 4 km back after spending lots of time at both Mitchell Falls and Merten Falls and the splendid pools on the way. The pools above the falls are all free of saltwater crocodiles and it is safe to swim here. We also managed to find the two spots on the way that have ancient Aboriginal rock artm (see the next blog about Kimberley Aboriginal rock art). We also saw and heard many dingos in the area. We camped in the park for two nights and then travelled back to the King Edward River crossing and camped there for a night. The King Edward River crossing was about 600mm deep and very rocky but I took it very slow and came through it without problems. The road to the Mitchell Plateau winds through remote palm forests and we only came accross three other vehicles camping at the park. 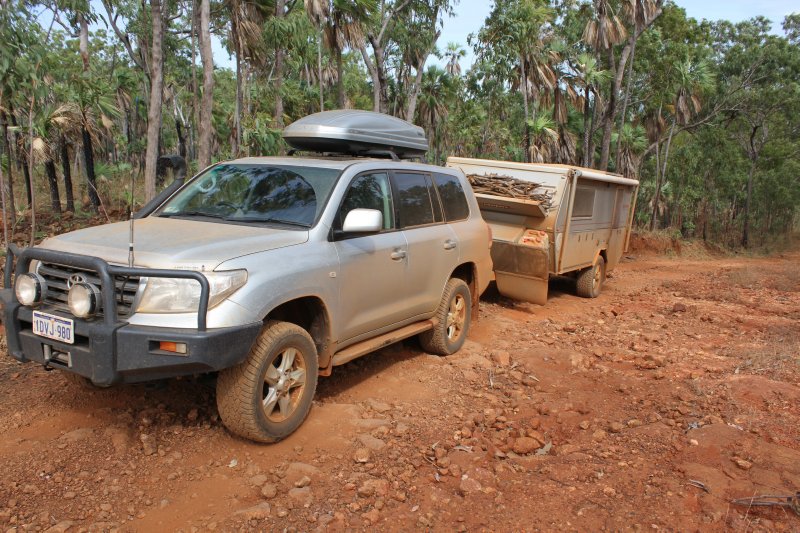 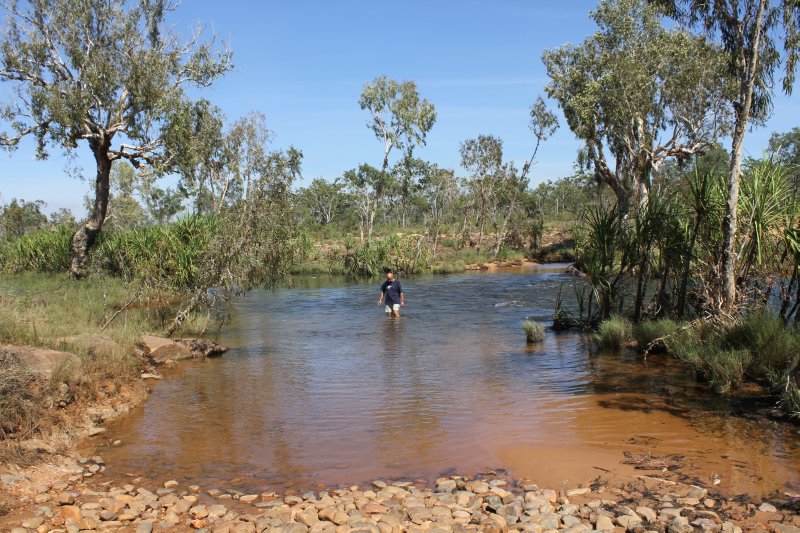 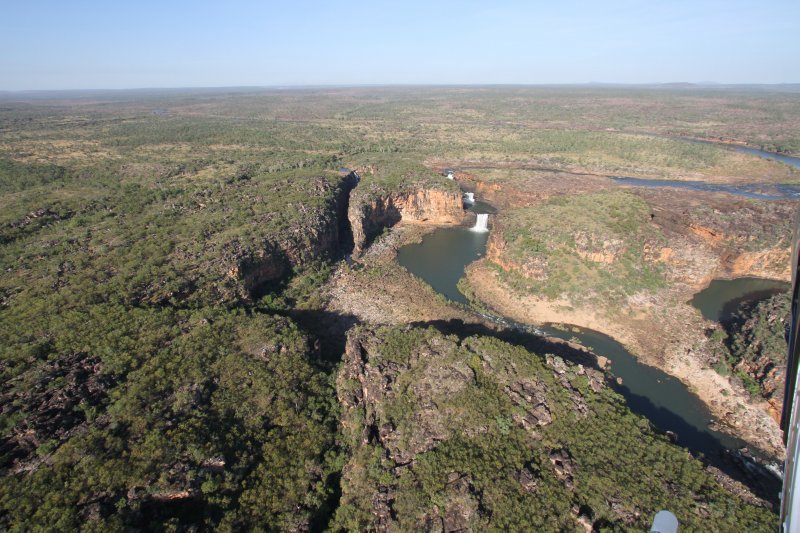 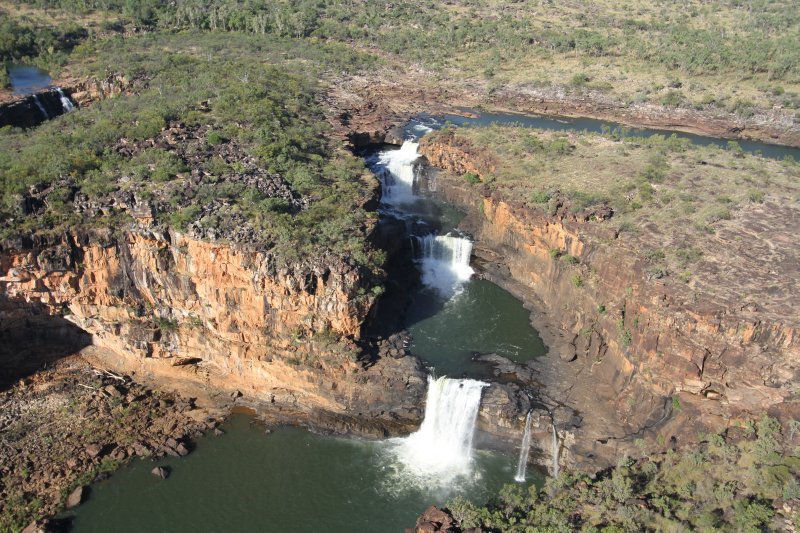 Mitchell Falls and Merten Falls from the helicopter 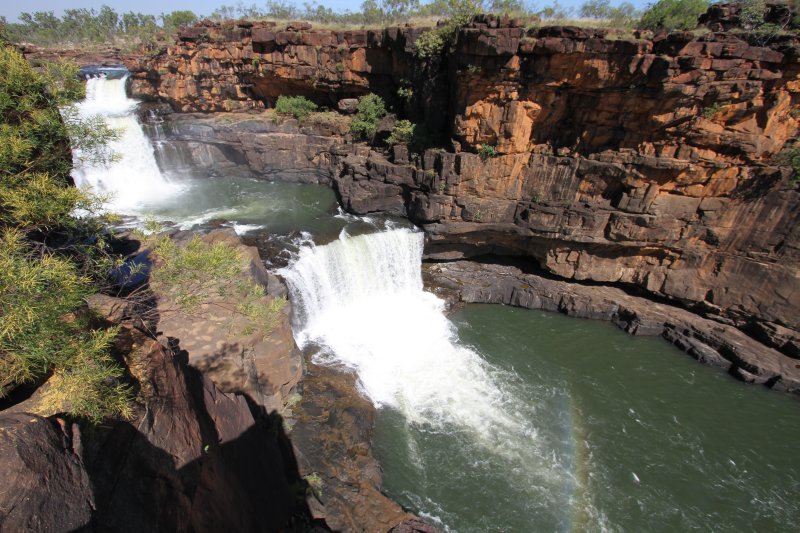 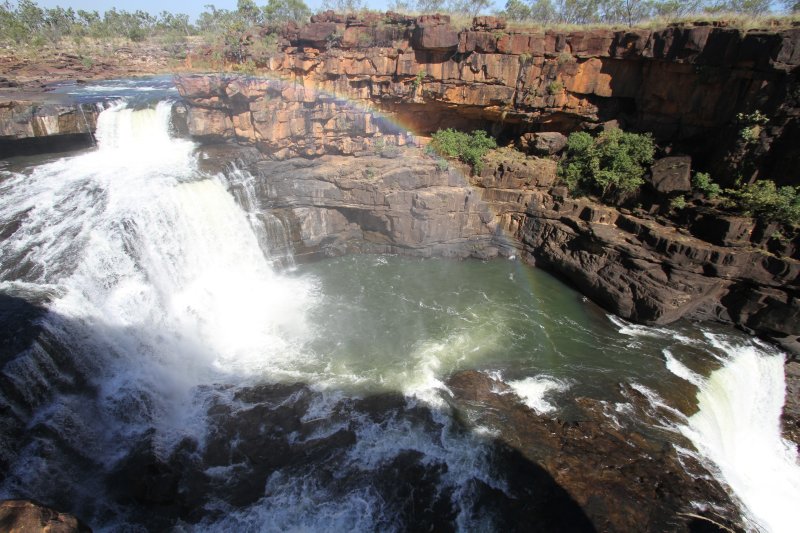 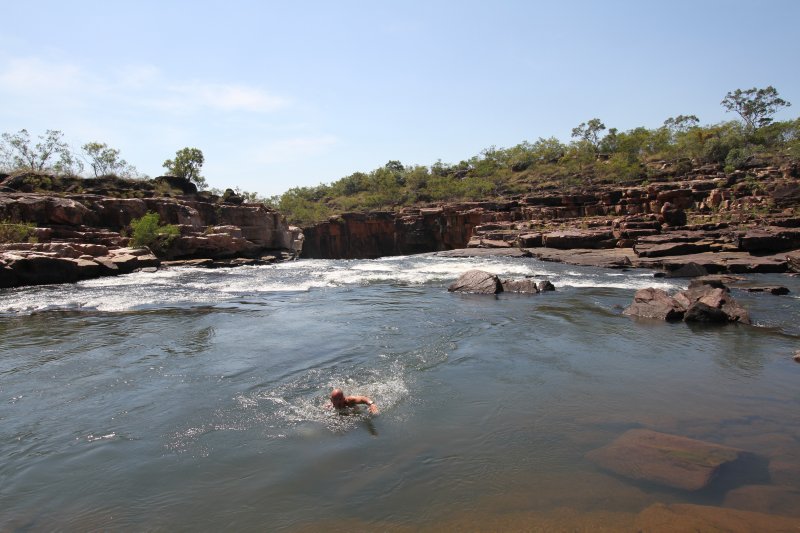 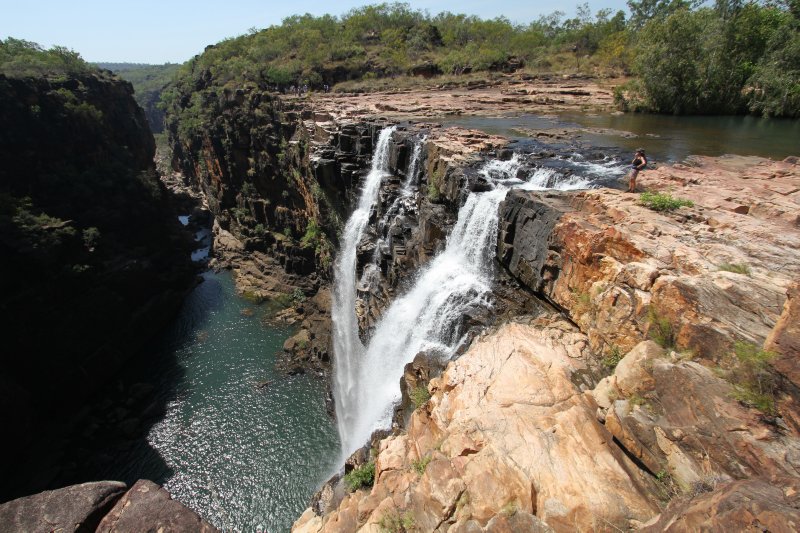 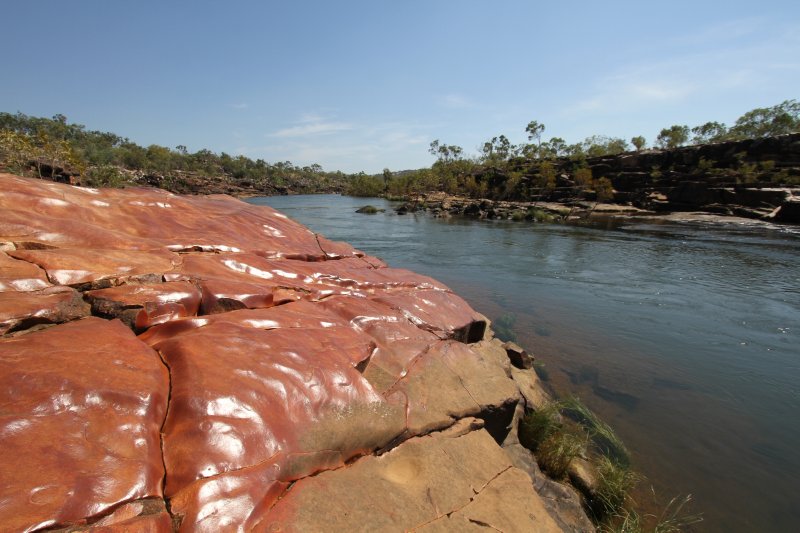 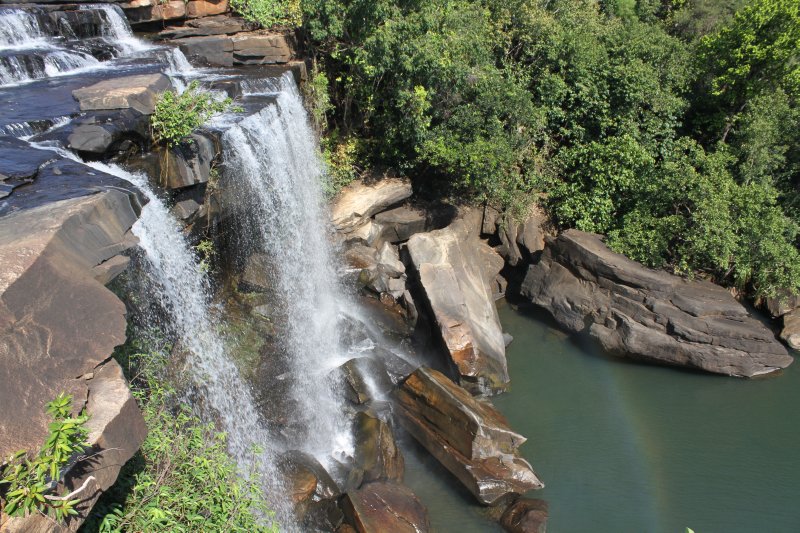 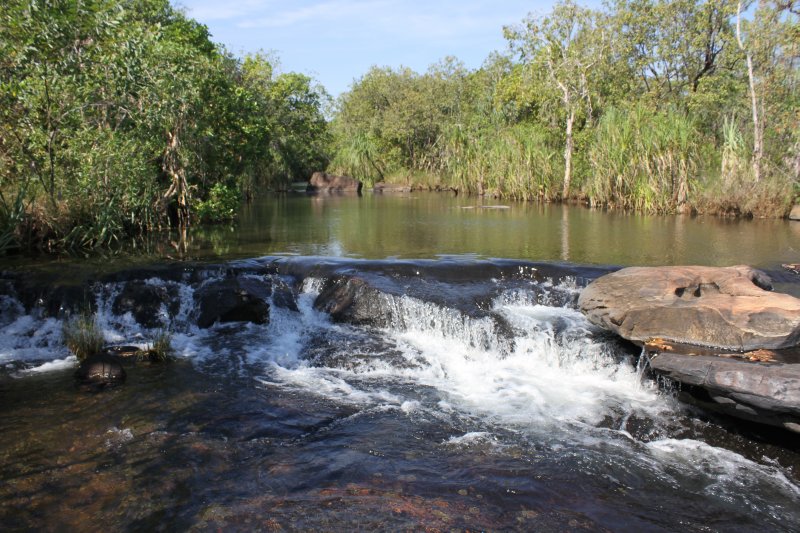 Posted by KobusM 04:10 Archived in Australia