Including the Gibb River crossing

We left Manning Gorge and travelled further east and turned north off the Gibb River Road onto the Kalumburu Road to visit the Mitchell Plateau and had to cross the Gibb River on the way to Drysdale River Station. The water was not too deep (about 400mm) and Lorraine waded across (after I convinced her there were no crocodiles) to take photos of me driving across. The crossing was deep but easy but as I was alomost through the river I hit a large hole in the riverbed and the Quantum became dislodged from the hitch and I dragged it out of the river just with the safety chains. The hitch was buried deep in the sand and I had to jack up the Quantum with the inflatable jack to get it back onto the Landcruiser’s hitch and then discovered that I never locked the hitch that morning when we left Manning Gorge. Luckily there was no serious damage except to my pride for forgetting to lock the hitch. The rest of the Kalumburu Road was actually very nice, being graded recently, but there were a number of very rough patches and one huge, deep washout but a detour was already built around it. We stopped and stayed over at Drysdale River Station for the night before travelling on to the Mitchell Plataeu.

Drysdale River Station is a million acre (4,000 square kilometer) cattle station and also serves as the only shop, fuel station, pub and reatuarant north of the Gibb River Road. The campsites are shaded and grassy and a few had electricity. We had a delightful dinner at their open air restaurant with fresh vegetables and traditional roast beef. We also stopped here on our way back from the Mitchell River Falls and had their famous KBB’s (Kimberley Beef Burgers), probably the biggest burger we have ever had. 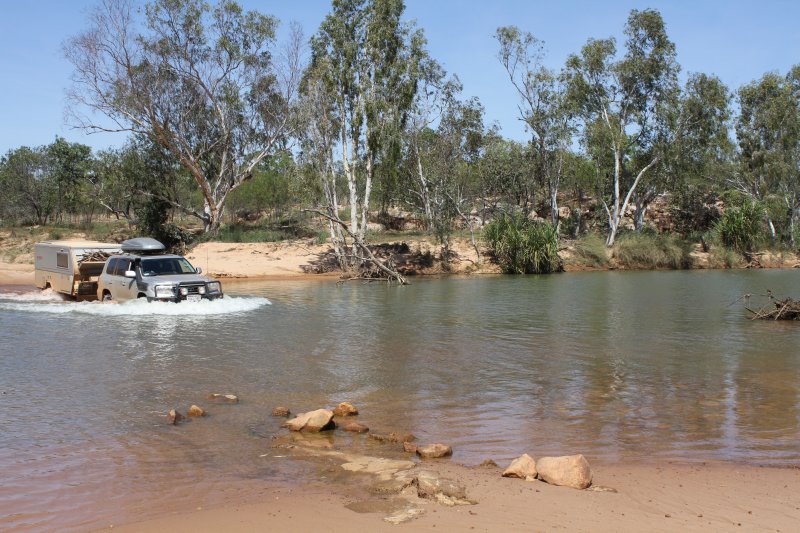 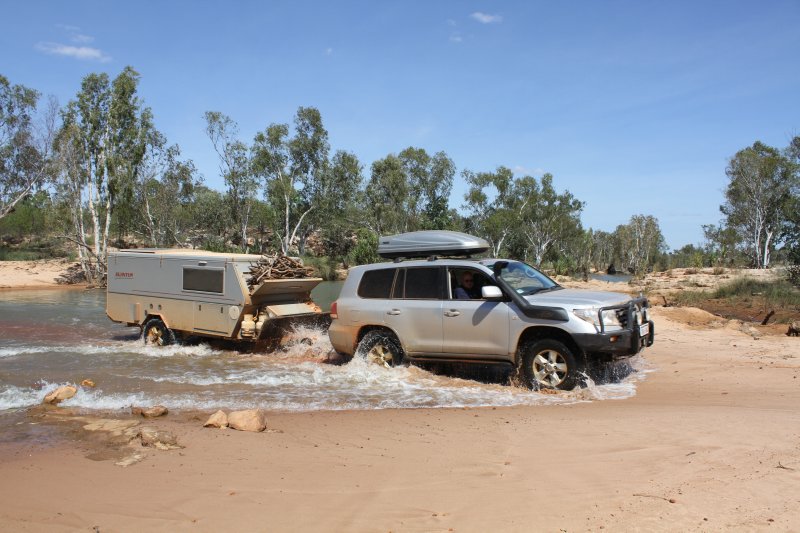 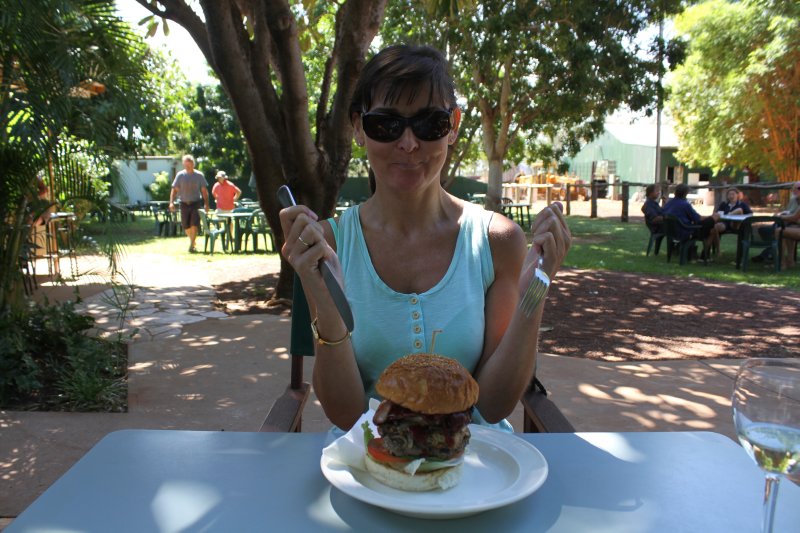 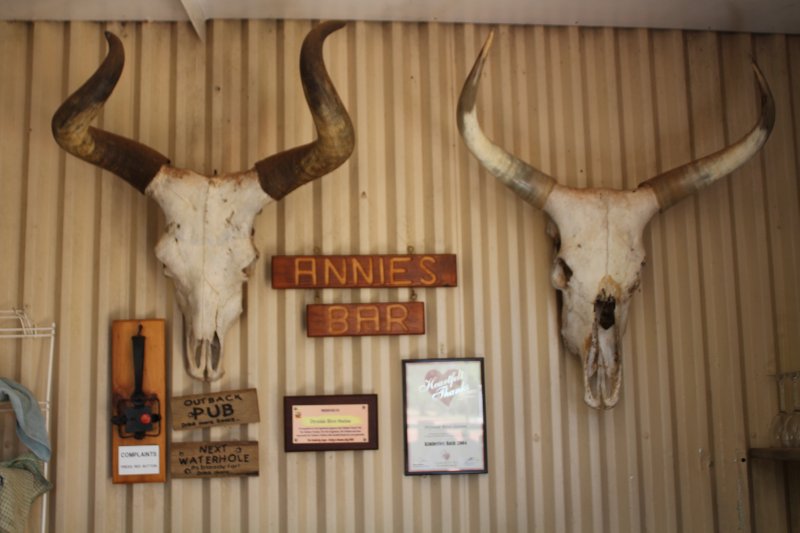 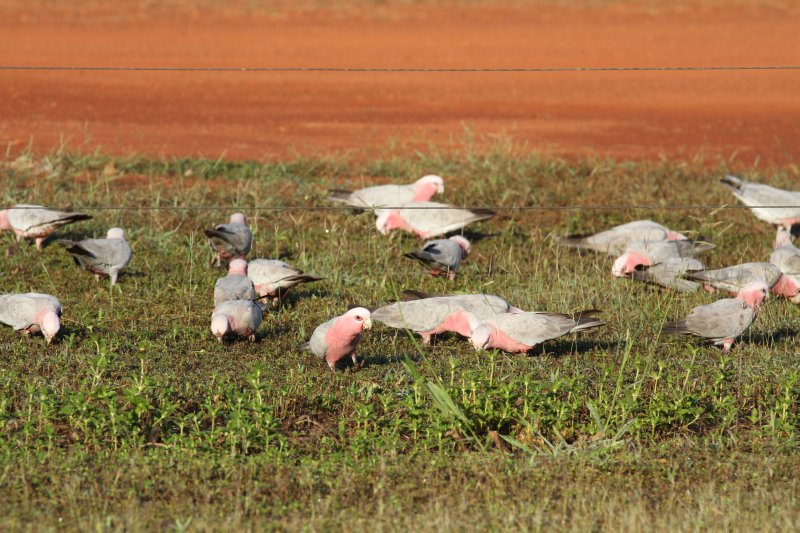 Posted by KobusM 00:44 Archived in Australia