On the way from Windjana National Park we joined the Gibb River Road again but did not turn off to Bells Gorge as the road was still closed. We did stop over at Galvans Gorge 14km south of Mt Barnett for a couple of hours and walked about 15 minutes to reach a peacefull creek with water lillies and further on we reached the tall, waterfall in the gorge. It was a nice spot to have a swim and later another person who was there at the time pointed out a python curled up in one of the rock ledges. We also saw lots of spiders at the falls.

We continued to Mt Barnett where we refuled at $2.05 a liter, paid for the camping at Manning Gorge and Lorraine took a picture of a sign to the toilet that was quite interesting. 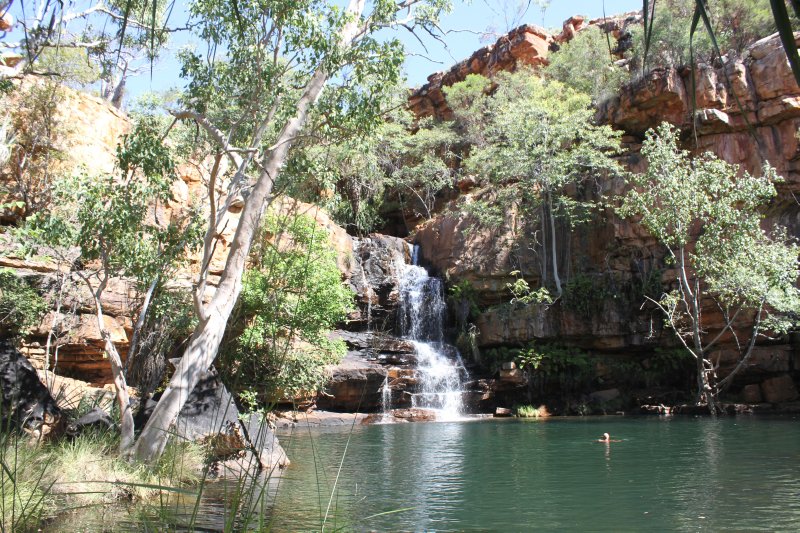 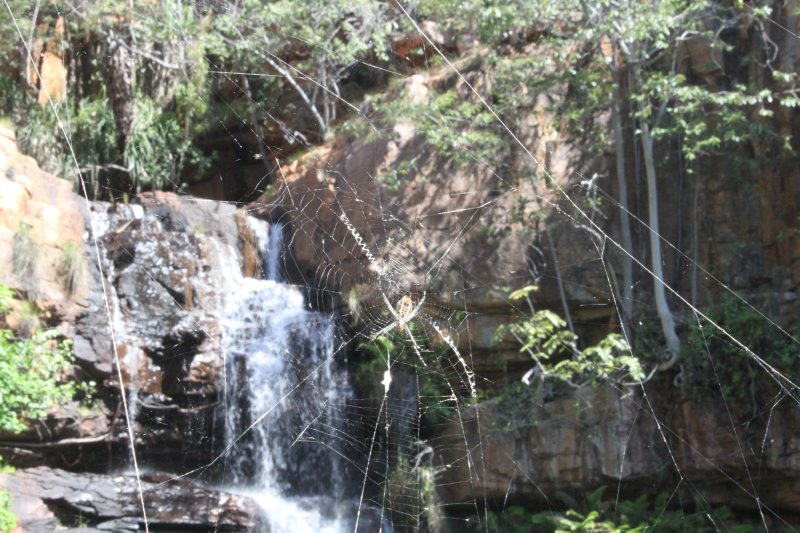 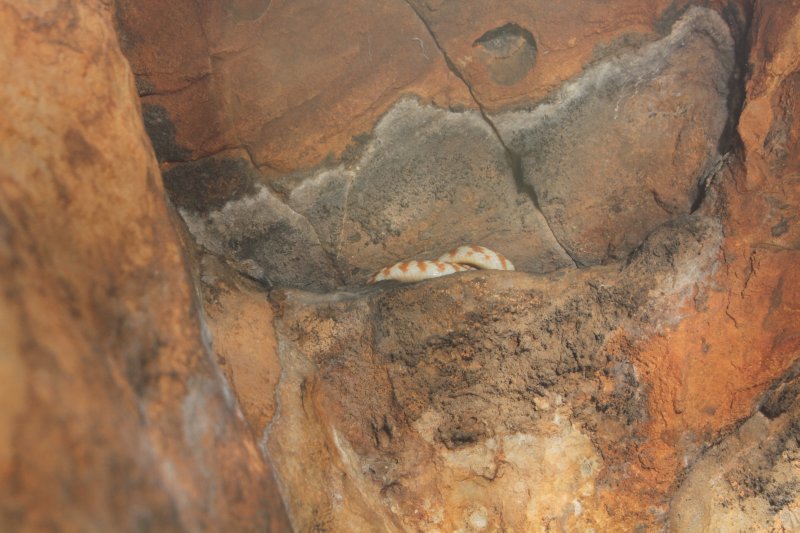 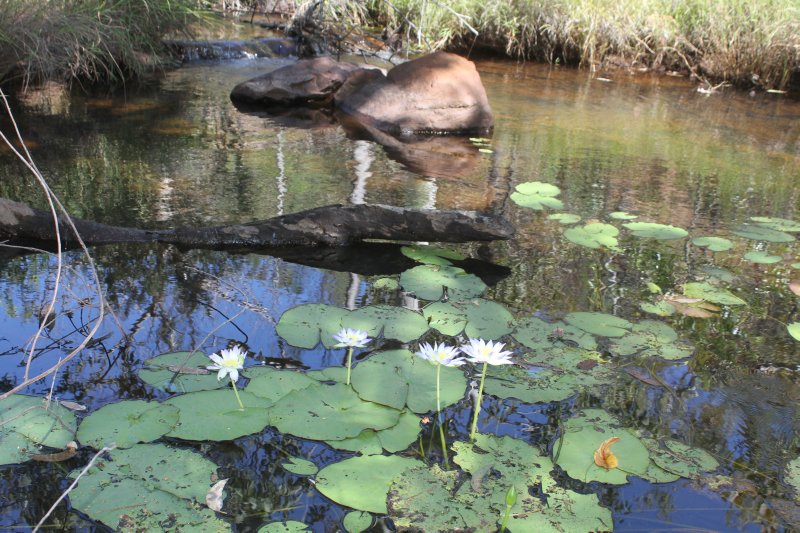 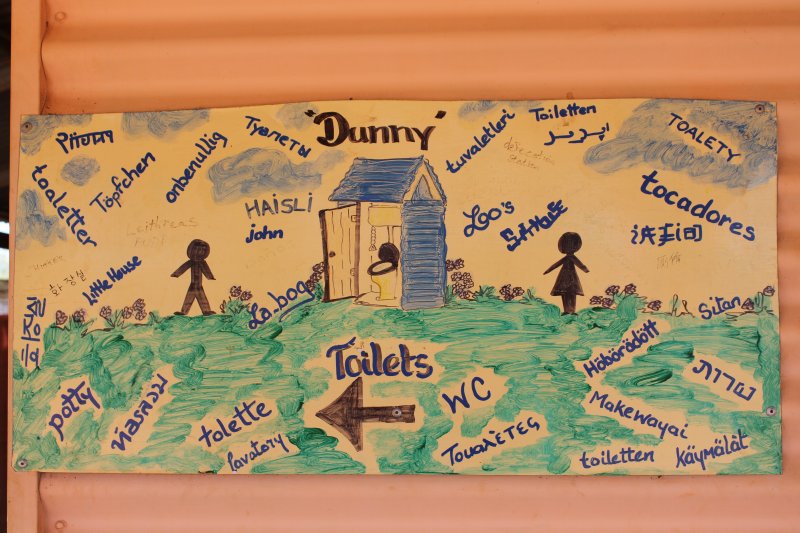 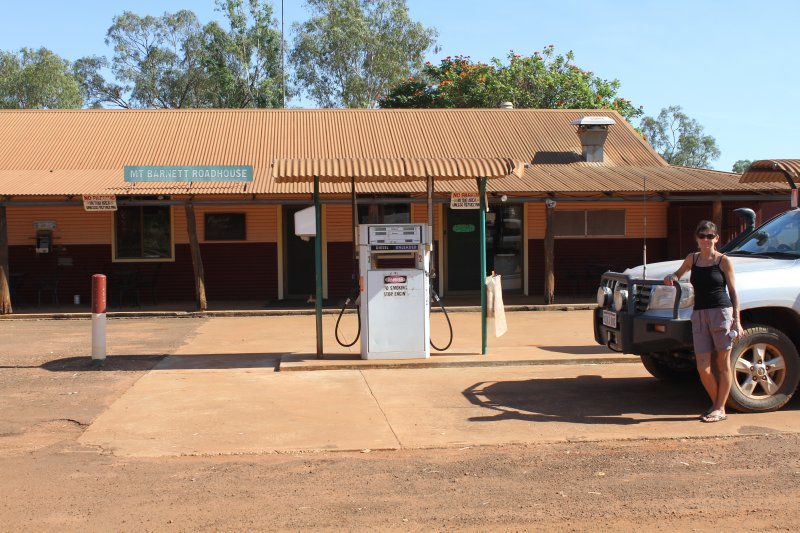 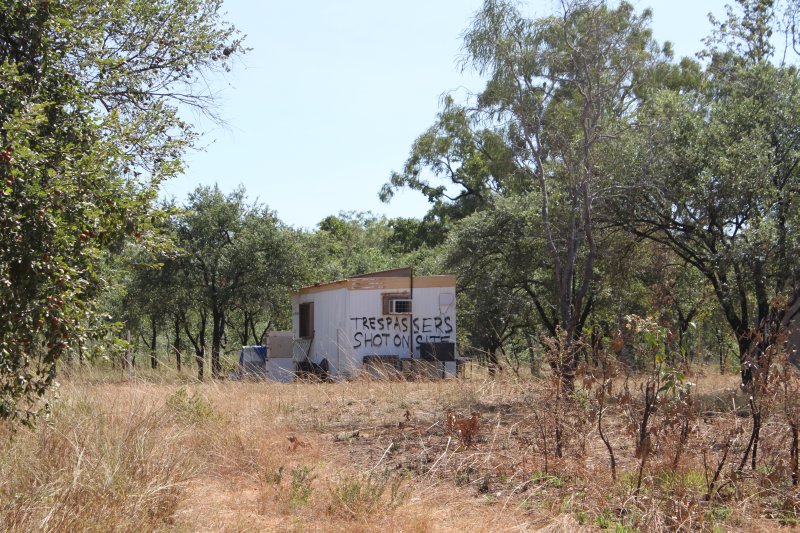 Posted by KobusM 00:12 Archived in Australia