Closed roads in the Kimberley

We were surprised and very disappointed to find a sign at the entrance of the Gibb River Road showing all side roads, that give access to the gorges on the Gibb River Road like Windjana and Bells Gorges, were closed. We were hoping to start exploring Windjana Gorge and Tunnel Creek National Parks before we travel east along the Gibb River Road, but now that will not be possible until all the roads are open. I focused only on the main Gibb River Road and Kalumburu Road and foolishly assumed the side roads would be open.

As we were already on plan B with our delay, we decided to go to plan C and to travel south in the direction of Fitzroy Crossing and spend a couple of days at Myrodaah Crossing on the Fitzroy River, but when we turned off the main road towards Myrodaah we found this road also closed.

After a quick adjustment plan D took us closer to Fitzroy Crossing and 11 km up the closed Windjana road to Boab Quarry in the Oscar Ranges. It is a peaceful, picturesque, free camping spot with the backdrop of boab trees amongst the eroded limestone ranges. The rocks in the ranges are rugged and razor sharp, part of a fossilized coral reef eroded over millions of years. We were delighted to see a group of Red Winged Parrots and a pair of White Cockotoos at our camp spot. We enjoyed the evening by sitting outside and watching the spectacular milky way and the odd meteorite. Much better than TV!

With the road closed we are the only people at the camp spot and I suspect we are actually broke the law by travelling on an officially closed road, but the 11km was just a normal dirt road and no harm was done by this short, probable illegal detour.

I am pleased with the decision to buy the Quantum that makes us completely self-sufficient to camp in a spot like this. We have now also invested in a second set of solar panels to keep the battery in the Land Cruiser charged which powers the 2nd fridge in the back of the Land Cruiser when we do long stopovers without electricity.

We have now arrived in Firtzroy Crossing and will stay here for 2-3 days exploring Geikie Gorge National Park and I also plan to try some Barramundi fishing. If the roads remains closed after this we will travel to Wolfe Creek Crater and Purnululu National Parks and return to do the Gibb River Road and its side roads later once it is open, and at this stage the information we have is that it will take another two weeks for water levels to drop at the river crossings. 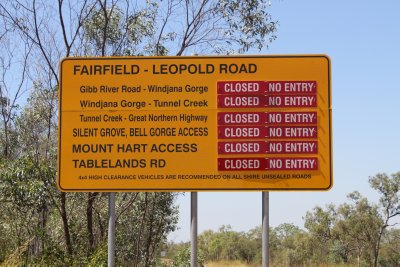 Closed side roads from the Gibb River Road 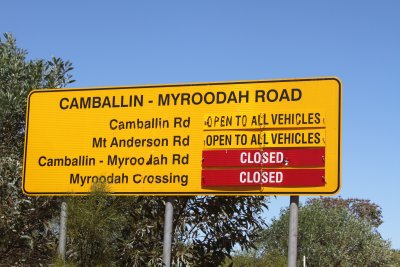 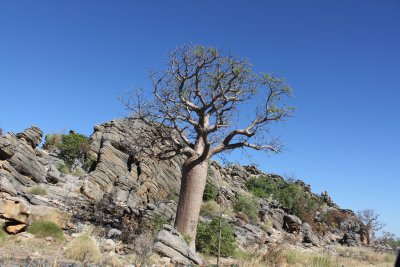 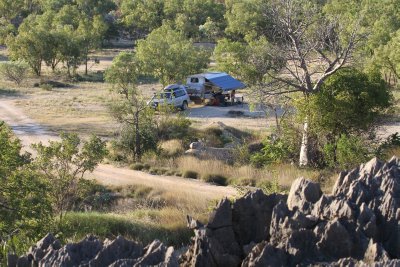 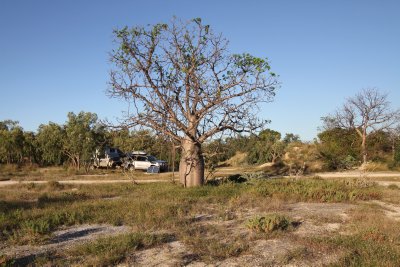 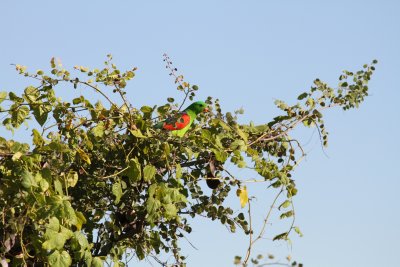 Posted by KobusM 21:00 Archived in Australia