The edge of the Nullabor

From Streaky Bay we continued our trip around the Great Australian Bight and drove past Smoky Bay and through Ceduna on our way to Fowlers Bay.

Situated on the edge of the Nullabor, the small township of Fowlers Bay nestles at the waters edge against a spectacular backdrop of magnificent towering sand dunes. It was in the sand dunes at Fowlers Bay that, in 1840, Edward John Eyre set up his base camp before setting out on his epic overland journey of exploration to Albany in Western Australia.

European discovery of the Fowler's Bay coastline was made in 1627 by Captain Francois Thyssen, the Dutch commander of the Gulden Zeepard. In 1802 Matthew Flinders made detailed nautical charts of the area in the sloop HMS Investigator. Flinders named the Fowler's Bay in honour of his First Lieutenant, Robert Fowler.

We took a drive over the sand dunes to the rugged coastline and along Scott Beach. We saw a blue tongued skink in the dunes that was exposed enough for me to take a few photos of him.

From here we travelled west accross the vast Nullabor to Western Australia. 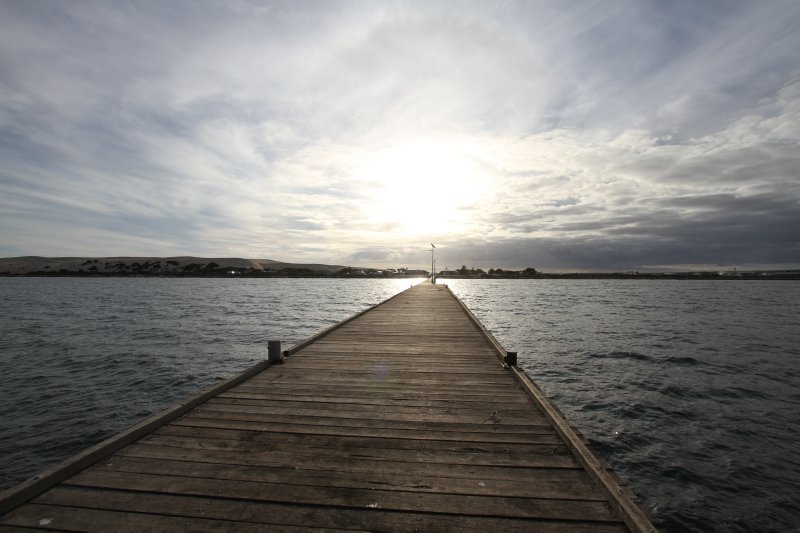 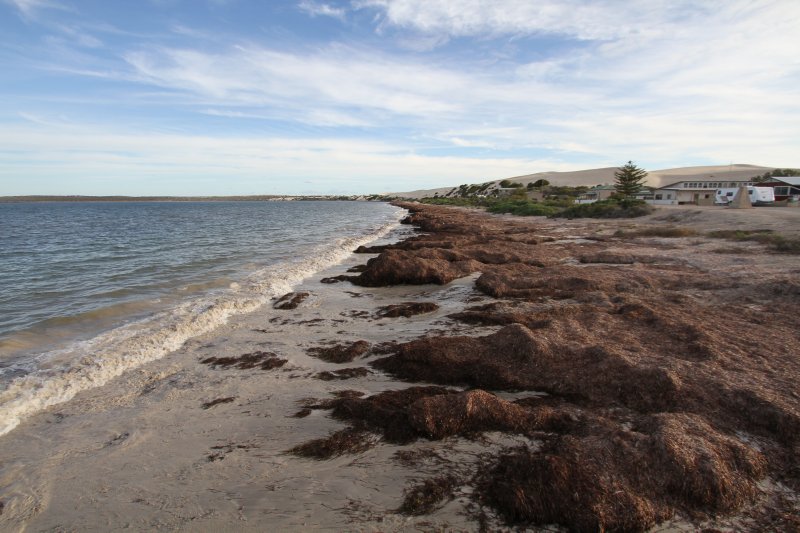 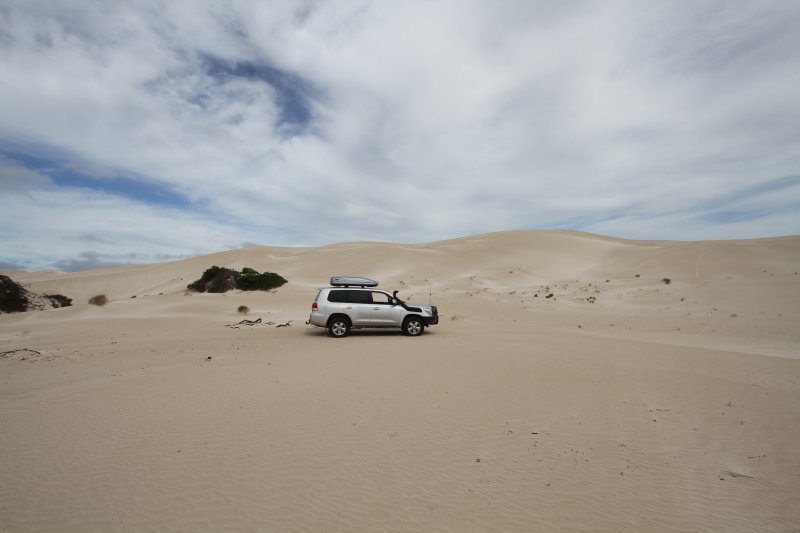 Sand dunes next to Fowlers Bay 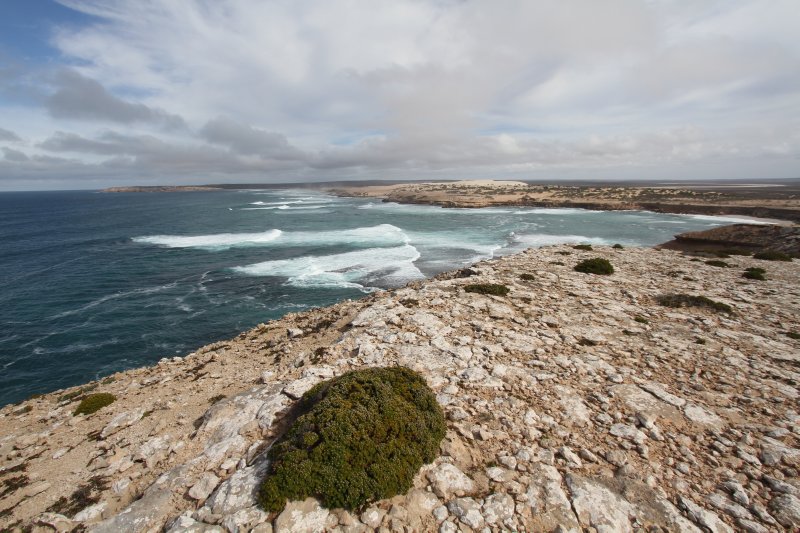 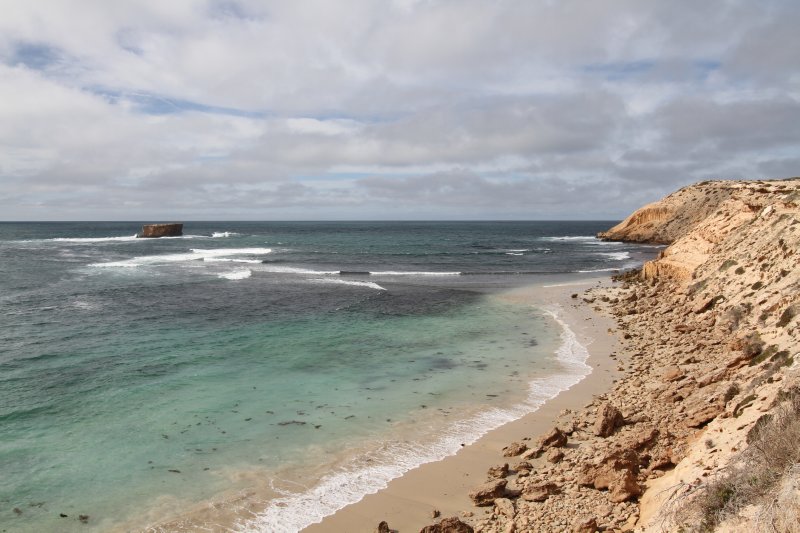 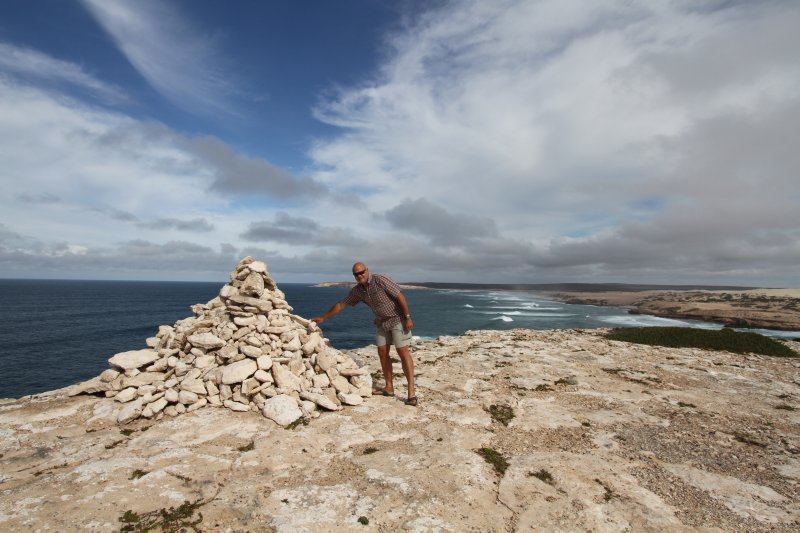 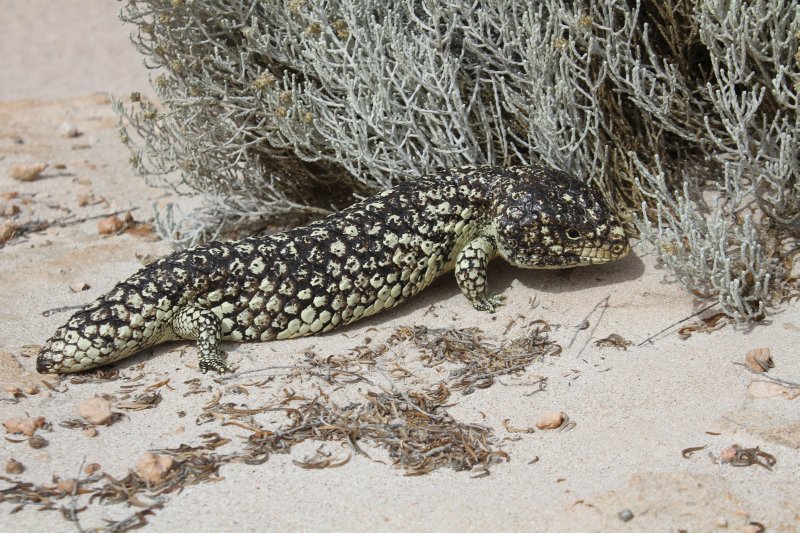 Posted by KobusM 23:06 Archived in Australia