From Coffin Bay we started our trip around the Great Australian Bight and our first stop was at Streaky Bay.

Streaky Bay is a small picturesque town of approximately 1000 people. The town itself serves the local wheat farming community and a significant fishing industry specialising in crayfish (lobsters), abalone and shark.

The first European to sight the area was Dutch explorer Pieter Nuyts, in 1627. in the Golden Zeepaard. In 1802 Matthew Flinders named Streaky Bay whilst on his voyage in the Investigator. He describes in his log that the water was discoloured in Streaks...and therefore named in Straky Bay. It is now known thought these streaks are caused by the release of oils by certain species of seaweed in the bay.

We camped on the beach at Streaky Bay Foreshore Holiday Park and enjoyed the views of the bay and their seafood in the local restaurant.

Our next stop is at Fowlers Bay at the edge of the Nullabor. 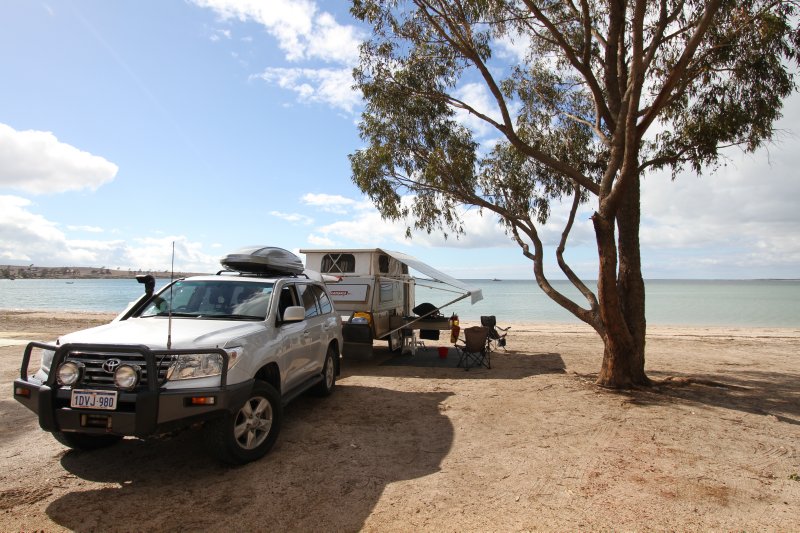 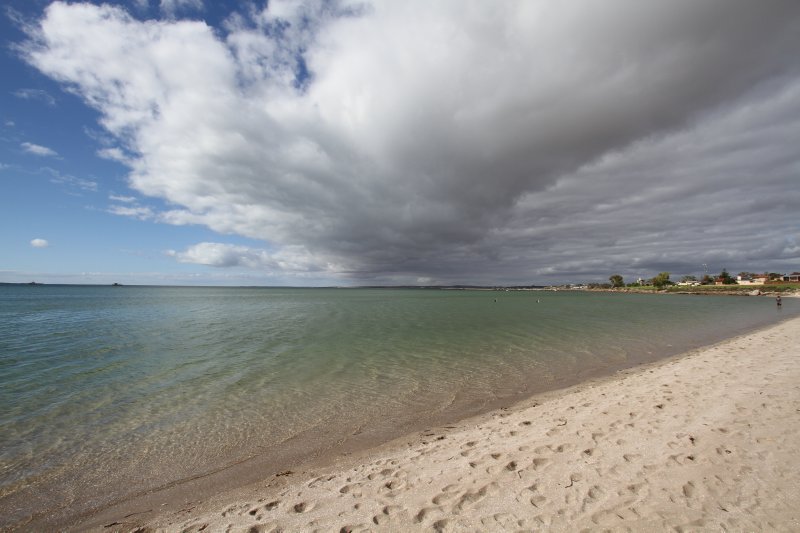 Posted by KobusM 19:07 Archived in Australia

Looks really nice. It has been the coldest March in like 10 years here. Seems a lot better where you guys are. Take care! /Annelie