Memory Cove Wilderness Protection Area is situated inside the Lincoln National Park in the southernmost point on the Eyre Peninsula. Memory Cove is an isolated, tranquil bay just north of Cape Catastrophe, bordered by vast expanses of mallee, and granite outcrops. The white sandy beach between the park's densely vegetated headlands provides shelter and makes Memory Cove an ideal camping site. To maintain the special wilderness qualities of this area, access to Memory Cove is limited to 15 vehicles a day (although we only saw less than 5) and a gate key is required to access the area and camp in one of the five campsites. We had to pick up the permit and the key from Port Lincoln Information Center and took the opportuinty to have lunch there and to buy some seafood in the seafood capital of Australia.

The 30 kilometer 4WD track to Memory cove was rough but rewarded us with sweeping views of Cape Catastrophe, Curta Rocks and the offshore islands. We saw kangaroos and emus on the way.

Memory Cove was named by Matthew Flinders in memory of eight of his sailors that drowned here after their small boat capsized here in 1802. The wreck of the boat was found but their bodies were never recovered. Matthew Flinders commanded the HMS Investigator while surveying the rugged coastline of the southern Eyre Peninsula. He anchored here on 22 February 1802 and sent two of his senior men, John Thistle and William Taylor, with six other crew members in a small cutter to look for water on the peninsula when disaster struck. Flinders named the offshore islands after these sailors and Cape Catastrophe after the disaster.

We saw many birds that we have not seen before and pelicans also liked to feed in the protected bay. Approximately 30 meters along the rocky shoreline at the right hand of the beach is an engraving 4ft^ in the granite that marks the spot which was the Whalers Post Office where messages where left by crew of early whalers for other boats to collect.

The scenic lookout at Cape Catastrophe is locally known as ‘Ivy’s Leap’ after a local tour operator which parked his vehicle here but the handbrake failed and it rolled forward plunging over the cliff. Luckily no one was in the vehicle at the time.

From here we travelled to the western side of the Eyre Pensinsula to camp in the Coffin Bay National Park. 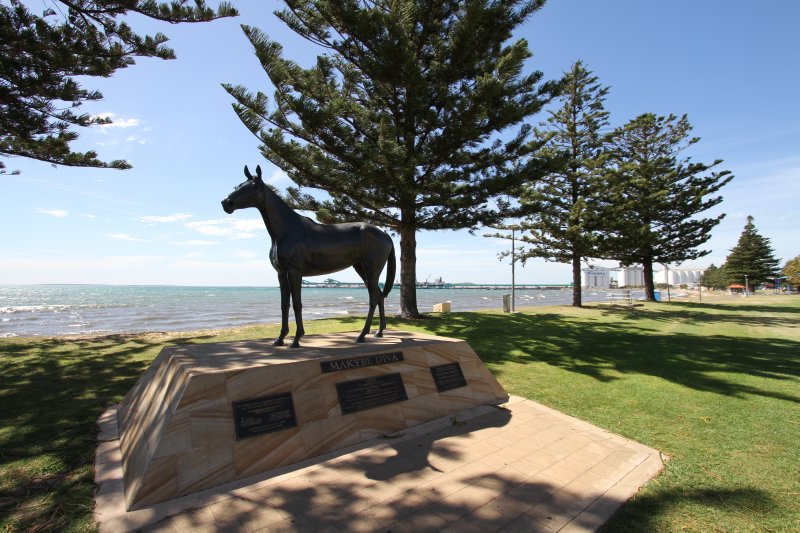 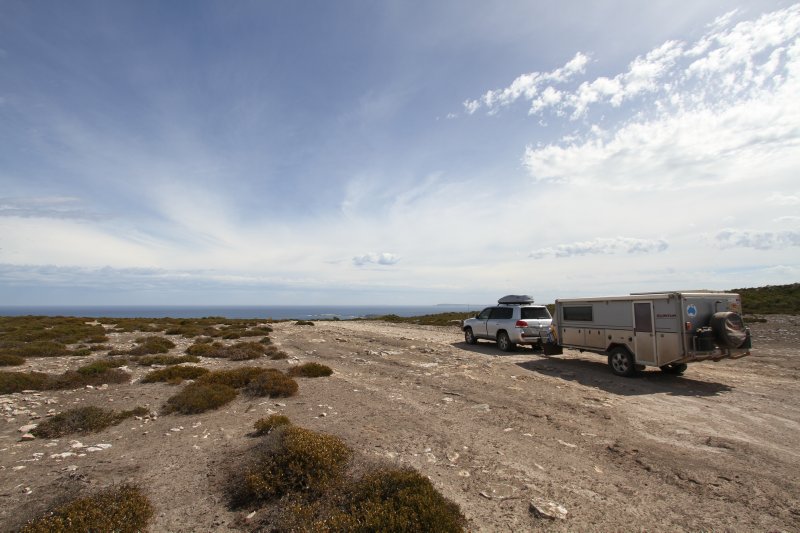 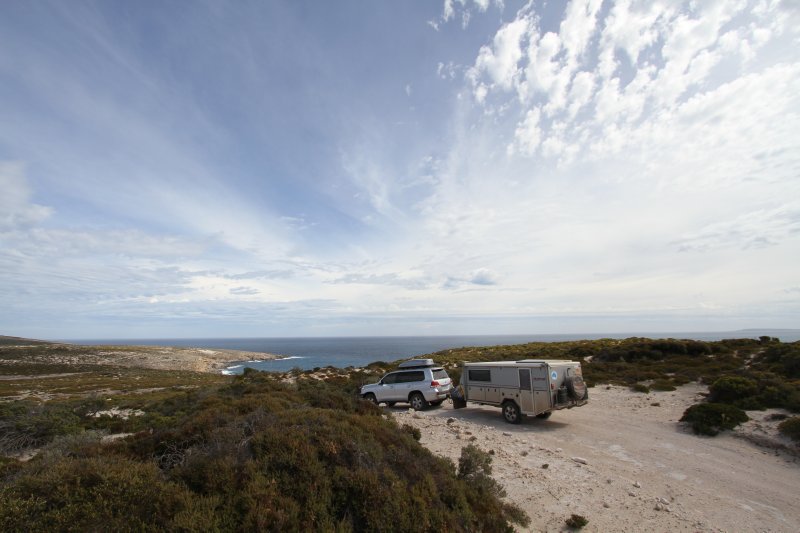 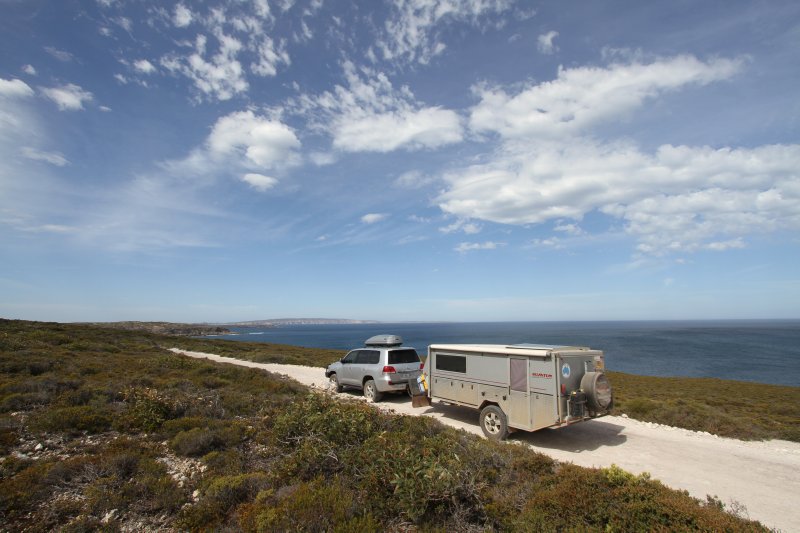 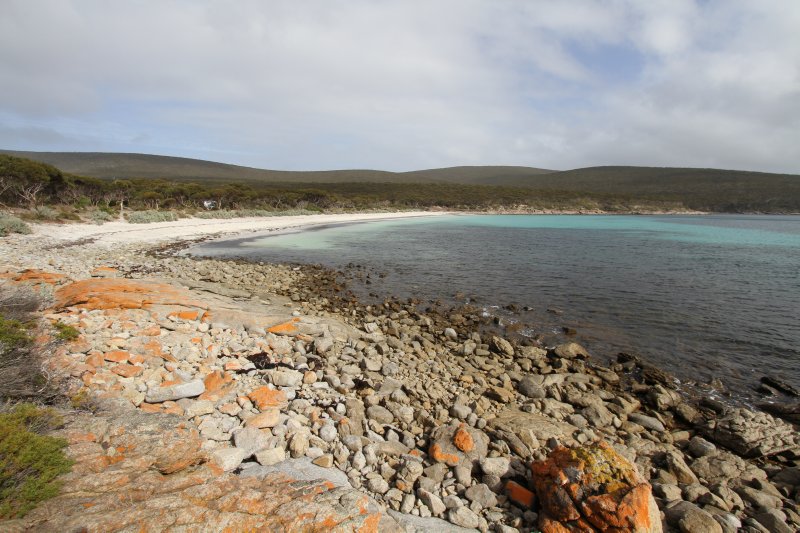 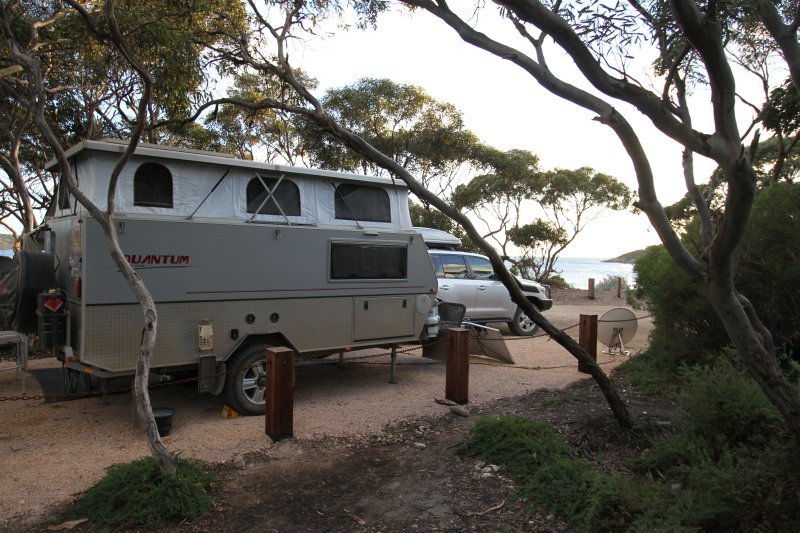 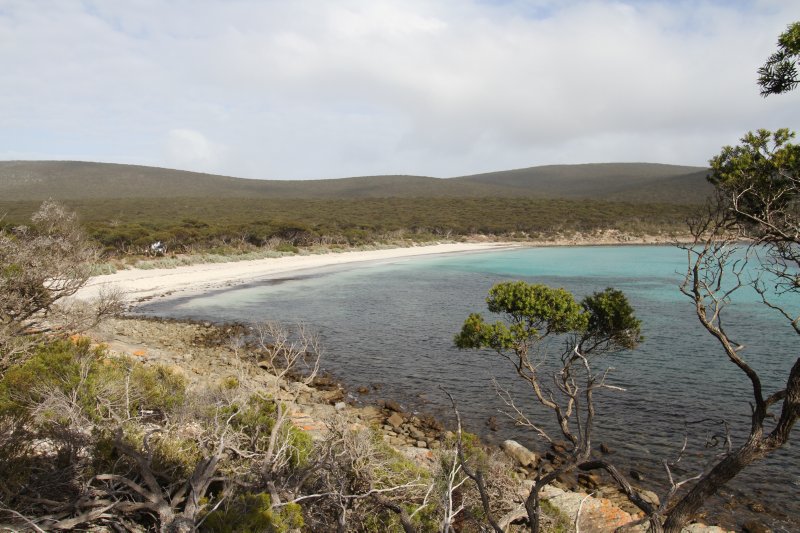 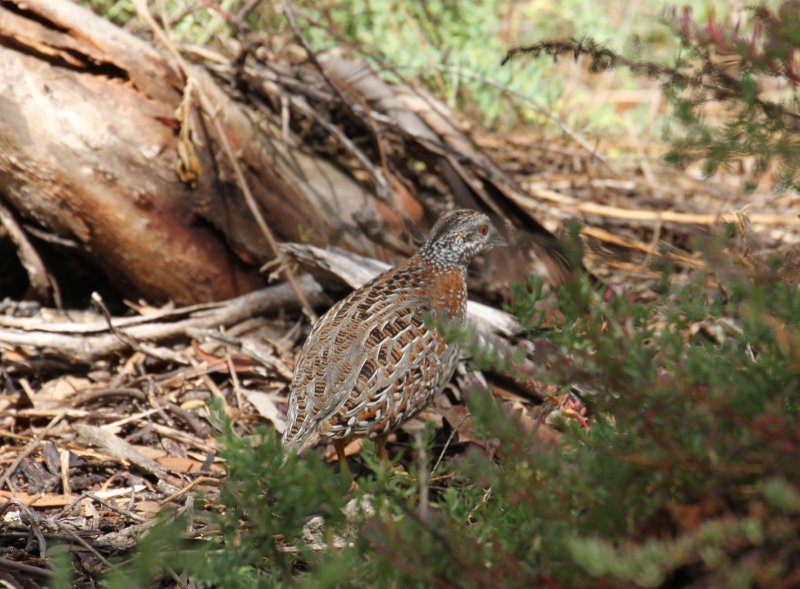 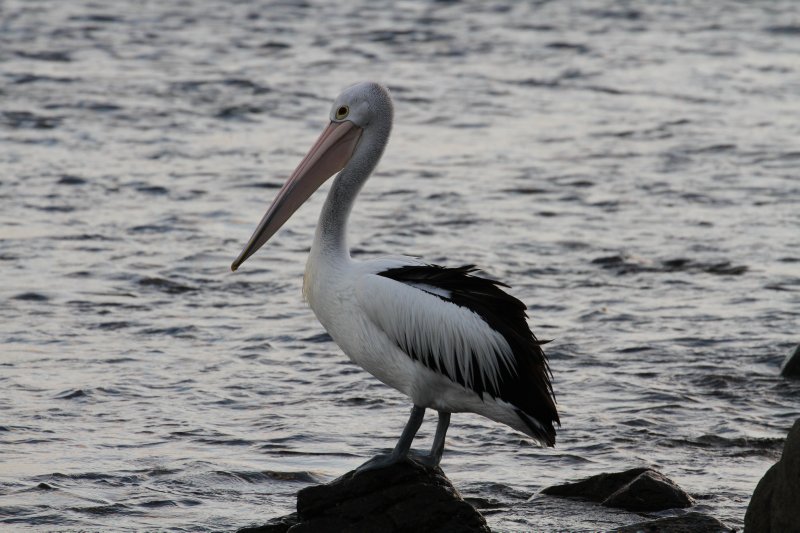 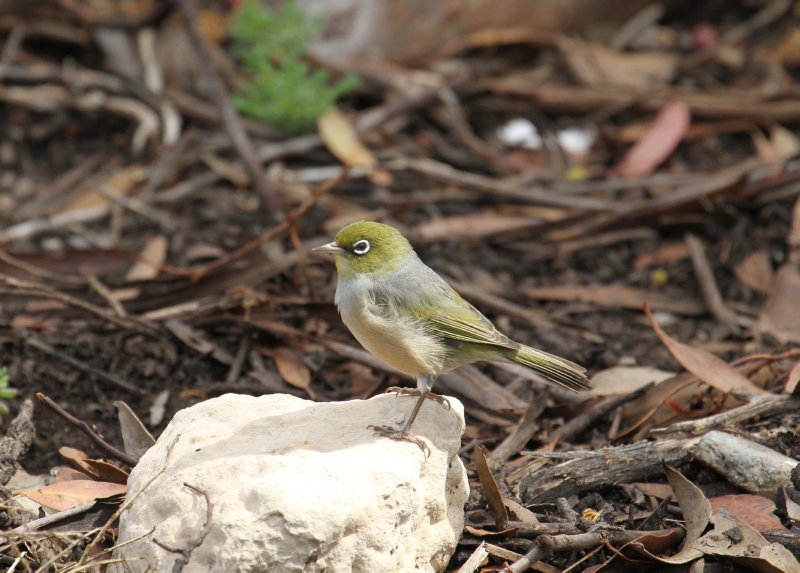 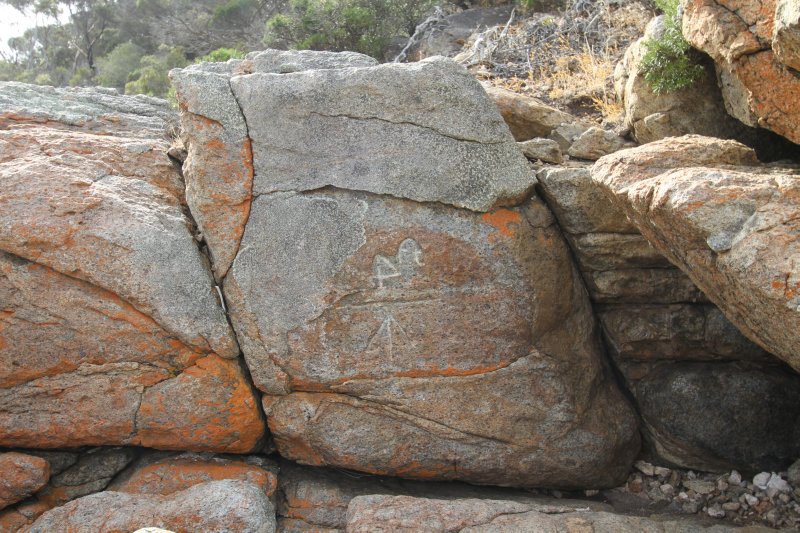 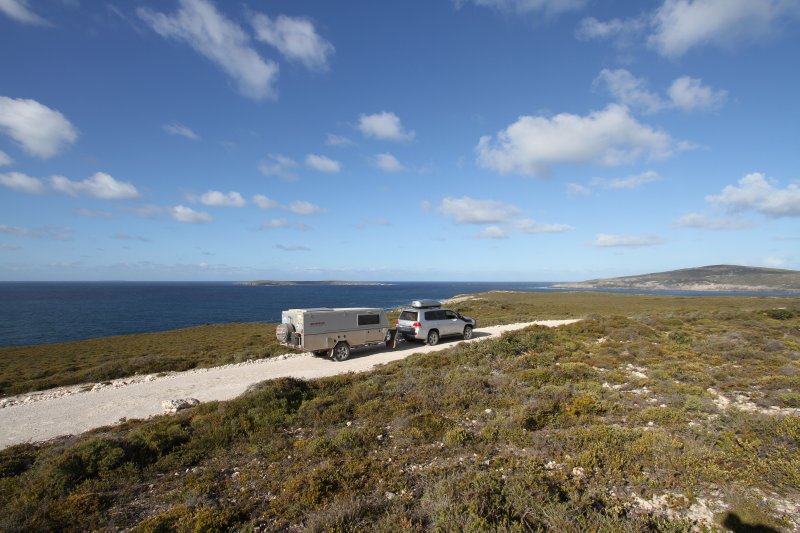 On the way back at Cape Catastrophe

Posted by KobusM 23:09 Archived in Australia

Easter time in Sweden. Cold, but sunny and longer days with daylight. Sweden is awakening!

As always I enjoy watching your photos and envie all experiences you get.