From the Coorong we travelled over the Murray River by vehicle ferry (free service) to Wellington and on to Victor Harbour and Cape Jervis to take the Sealink vehicle ferry over to Kangaroo Island, which is Australia's third-largest island, after Tasmania and Melville Island.

Our first stop was at the Cape Gantheaume Conservation Park which covers the wild windswept Cape Gantheaume Peninsula on the southernmost point of Kangaroo Island. It stretches from D’Estrees Bay in the east to Seal Bay in the west, and inland to Murray Lagoon. We camped at the peaceful, unspoiled and remote D’Estrees Bay on Wreckers Beach, which is home to a few endangered hooded plovers.

From D'Estrees Bay we travelled north to Kingscote, which is the largest town on the island, albeit with a population of only 1,700. Kingscote is South Australia's oldest European settlement and is a lovely little town these days with lots of pelicans close to the jetty and in the bay. The main reason for staying in Kingscote was to dive with leafy sea dragons and this is covered by a separate entry to this blog.

From Kingscote we travelled across the island to the west to camp in the famous Flinders Chase National Park for four nights. We camped at West Bay which is on the far western side of the park and we had to travel 22 kilometers of a severely corrugated road from the visitors center to get there. This secluded campground is set within a stunning coastal landscape, a short walk from the tranquil West Bay. The presence of resident kangaroos, wallabies and annoying possums makes it a real bush camping experience. We did a day trip down to Remarkable Rocks (which are really remarkable) and to Cape du Couedic with its large colony of New Zealand fur seals and the amazing Admirals Arch.

From Flinders Chase we travelled across the island to the eastern side to camp at Antechamber Bay in the Lashmar Conservation Park. On the way we stopped for lunch at the stunning Vivonne Bay with its crystal clear waters. The campground at Antechamber Bay is next to the tranquil Chapman River which attracks many birds including black swans, pelicans and Australian white ibis.

We also took the opportunity to taste some Dudley Wines whilst in the area and visited their celllar door which has magnificent views of the Backstairs Passage and the mainland. Their wines are delicious and we decided to stay for a bucket of prawns and a couple of glasses of white wine.

Our final night on Kangaroo Island will be spent in the small seaside town of Penneshaw. Tomorrow morning we will take the 05:30 ferry from Penneshaw across the Backstairs Passage to the mainland and travel from Cape Jervis to Adelaide. We thoroughly enjoyed our stay on Kangaroo Island. 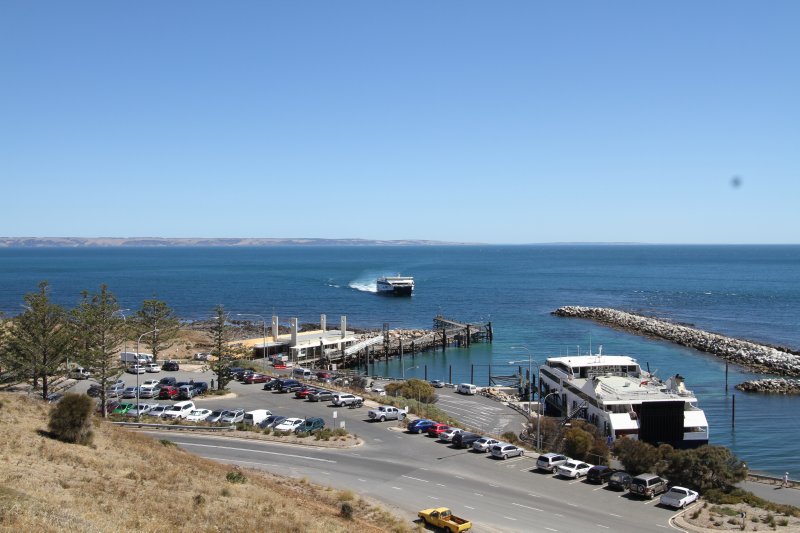 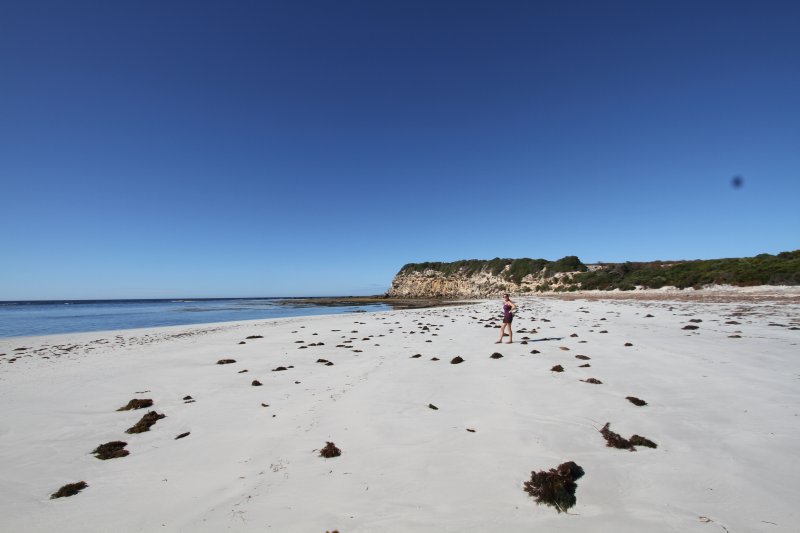 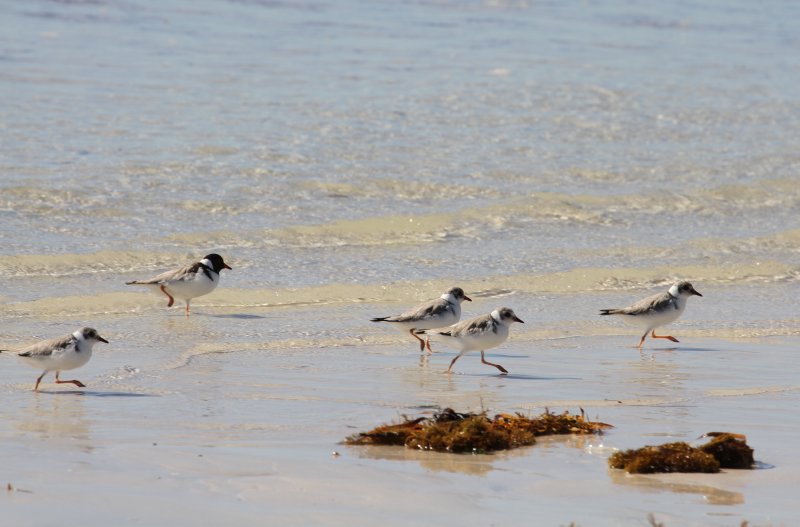 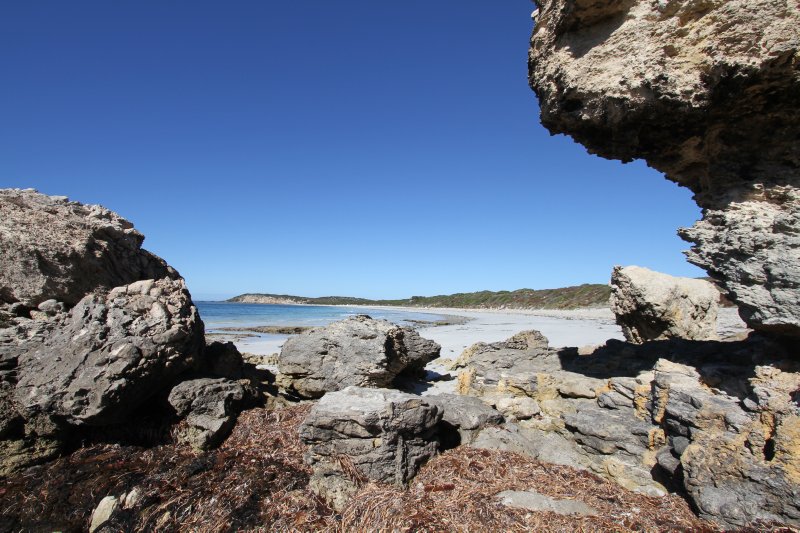 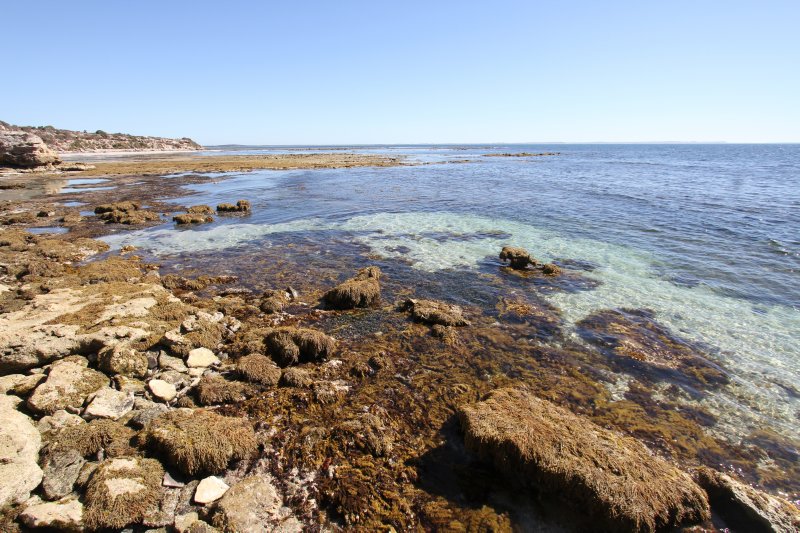 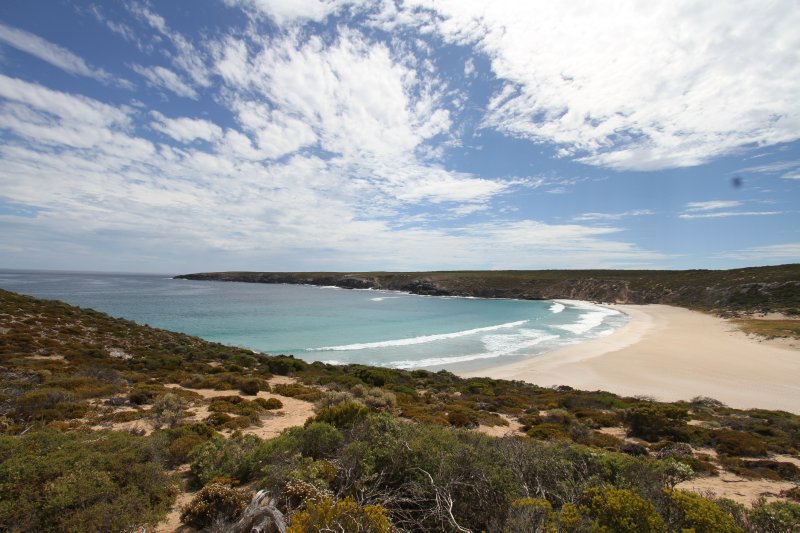 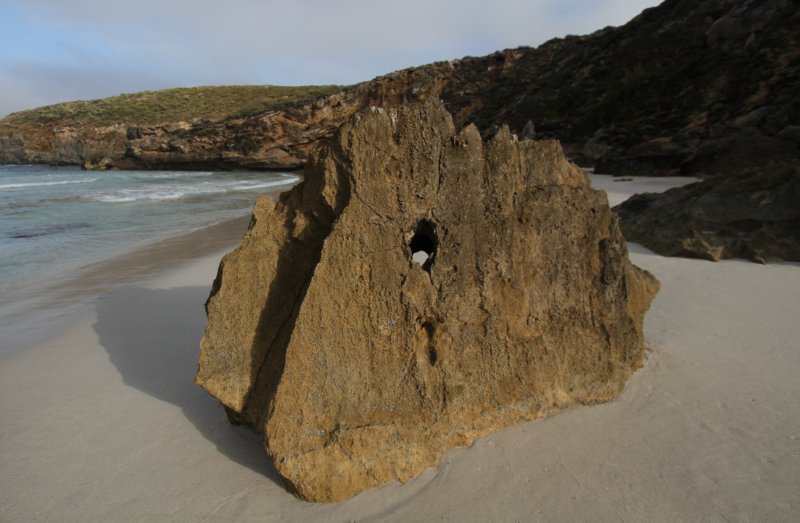 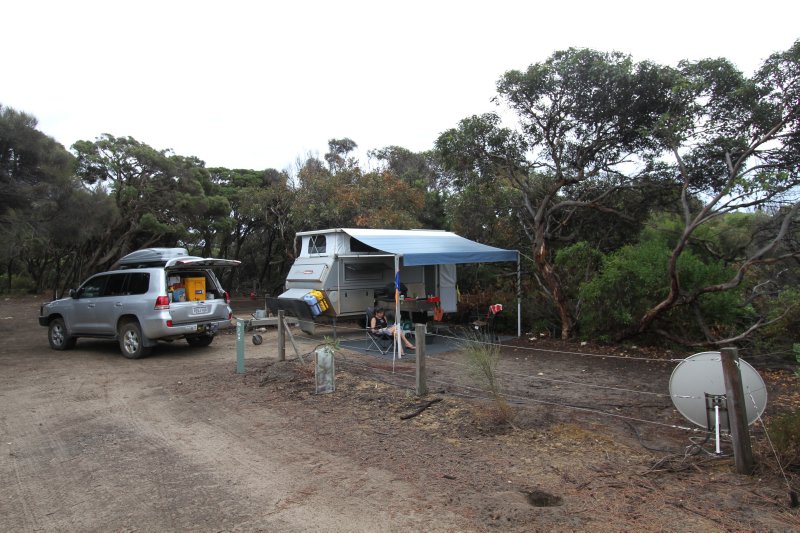 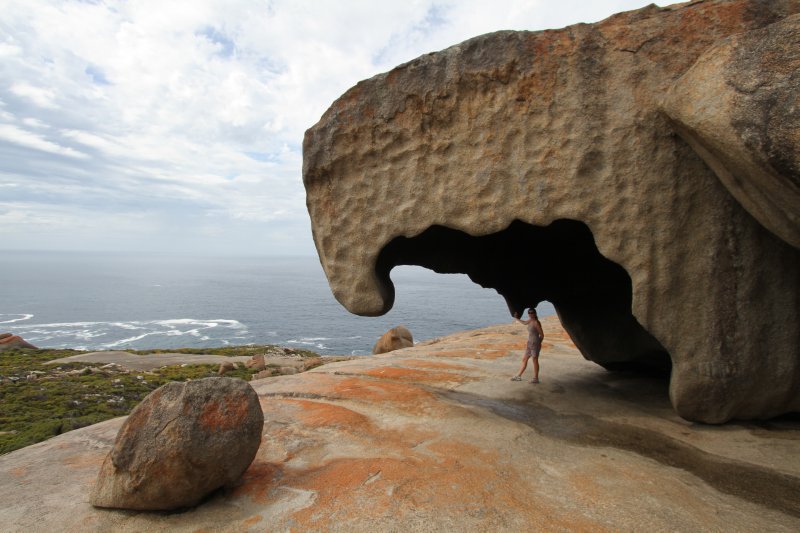 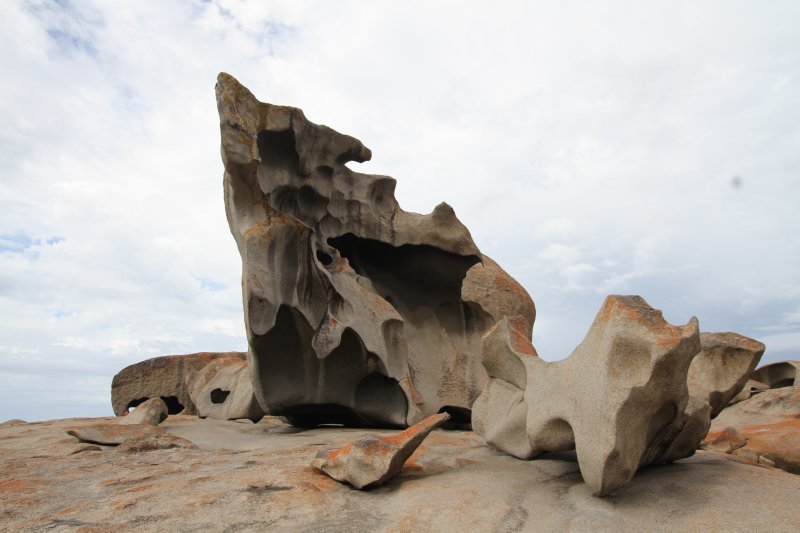 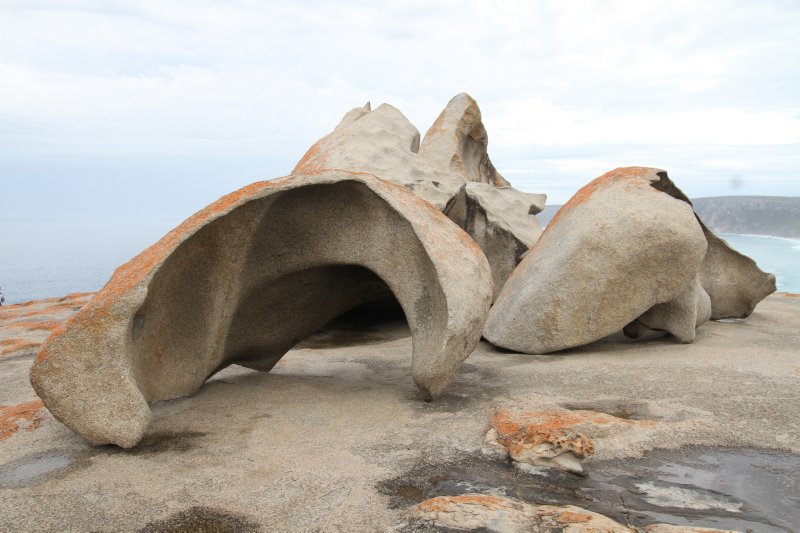 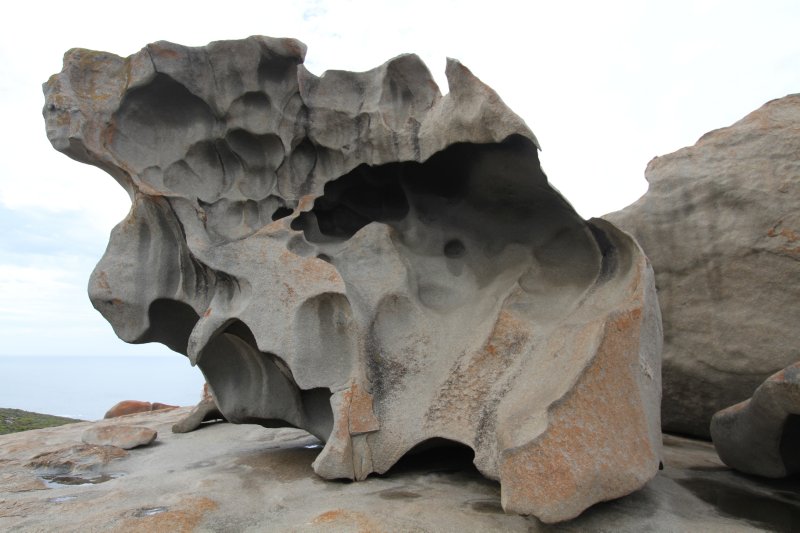 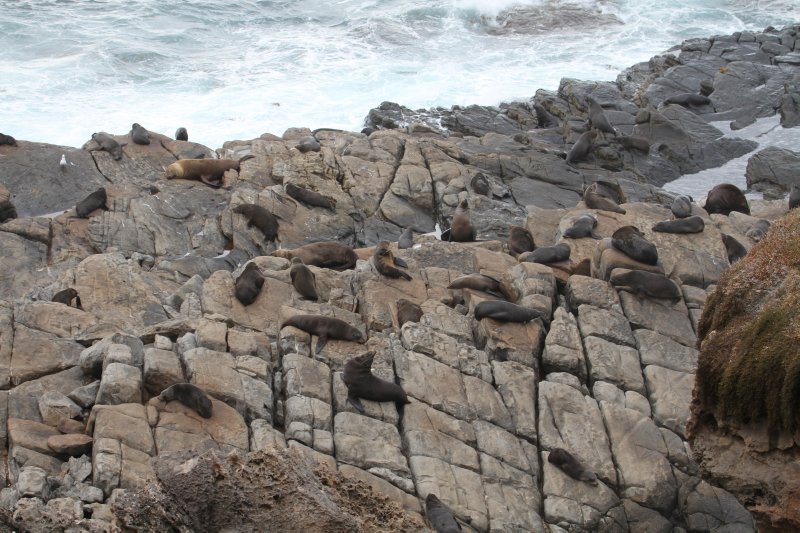 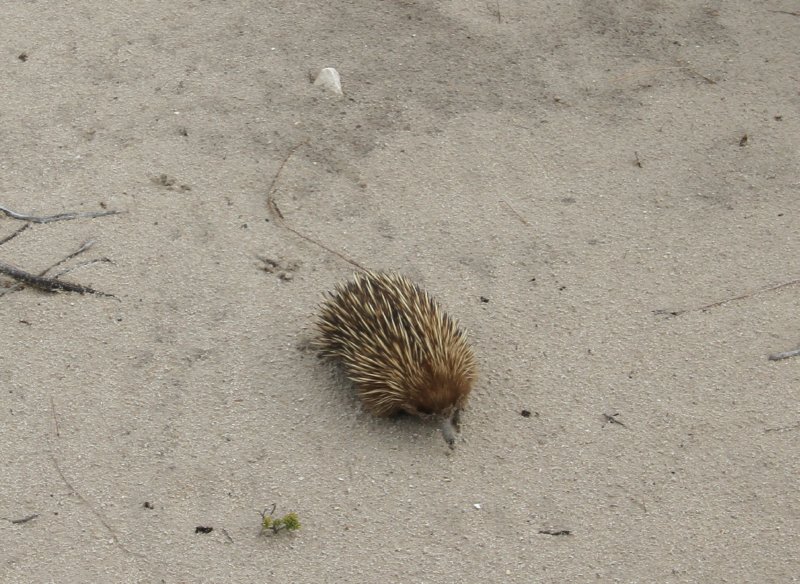 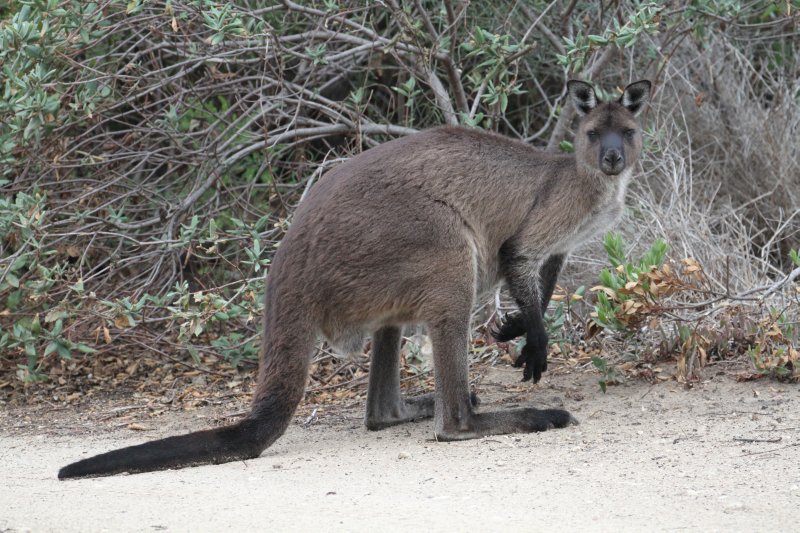 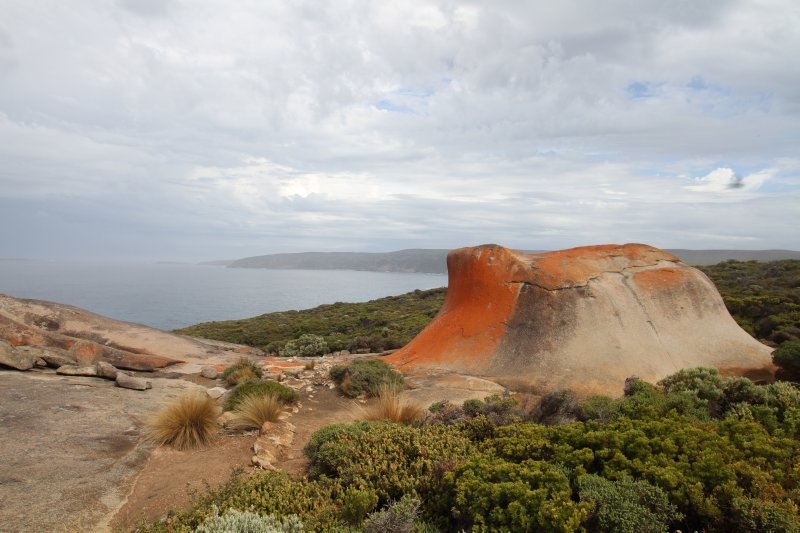 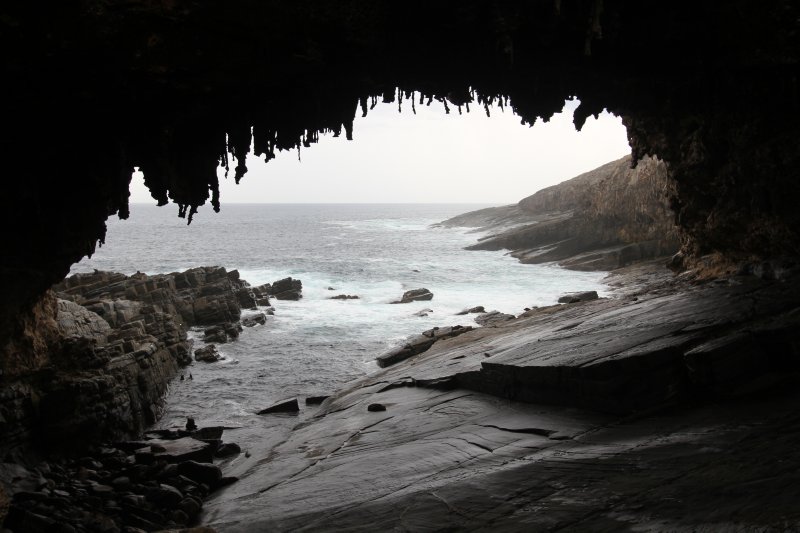 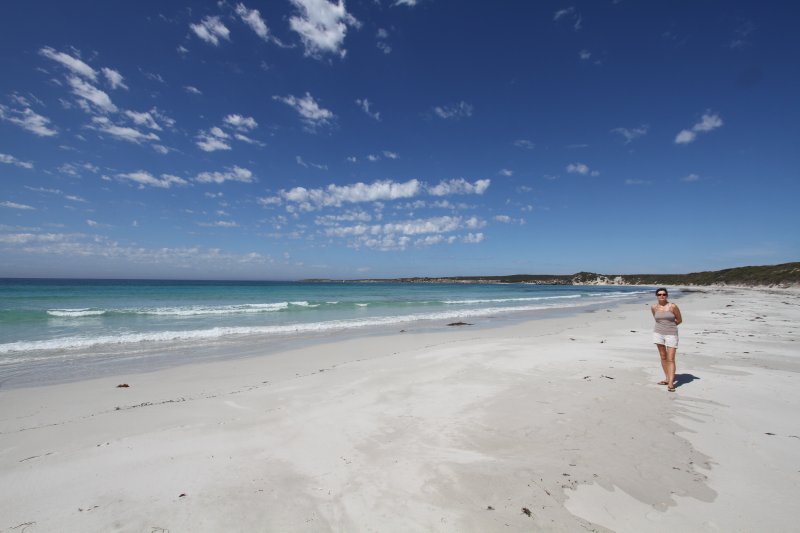 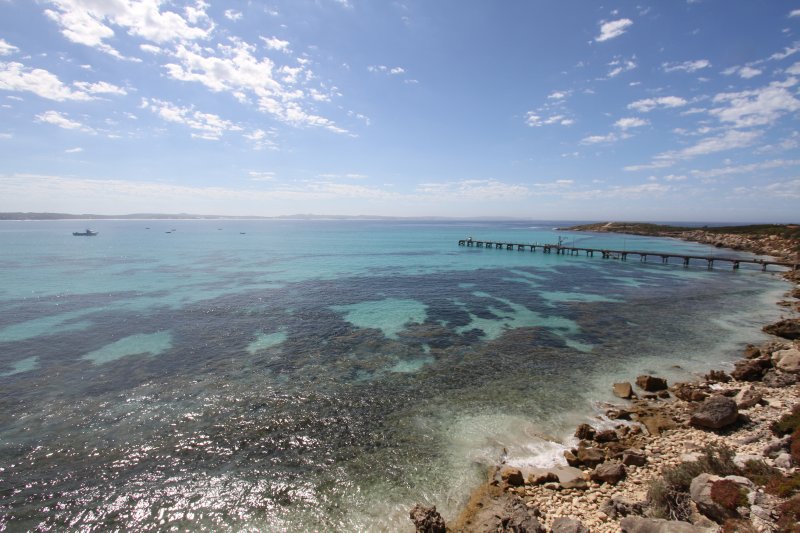 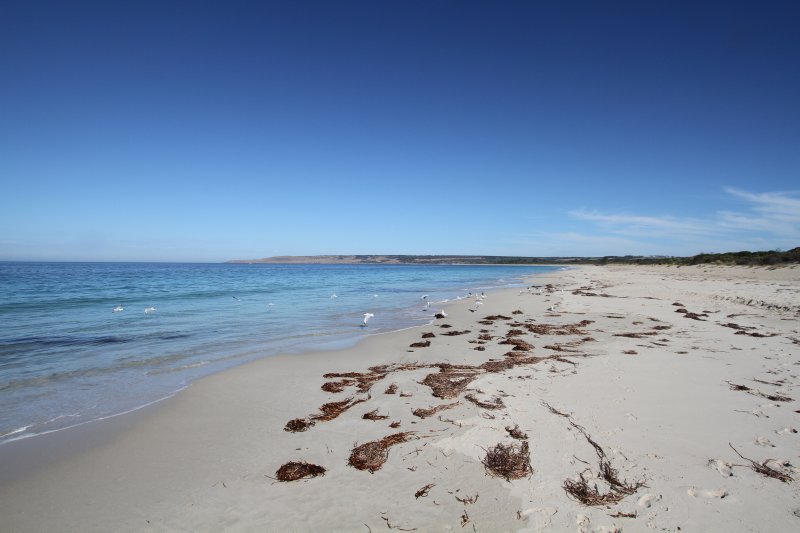 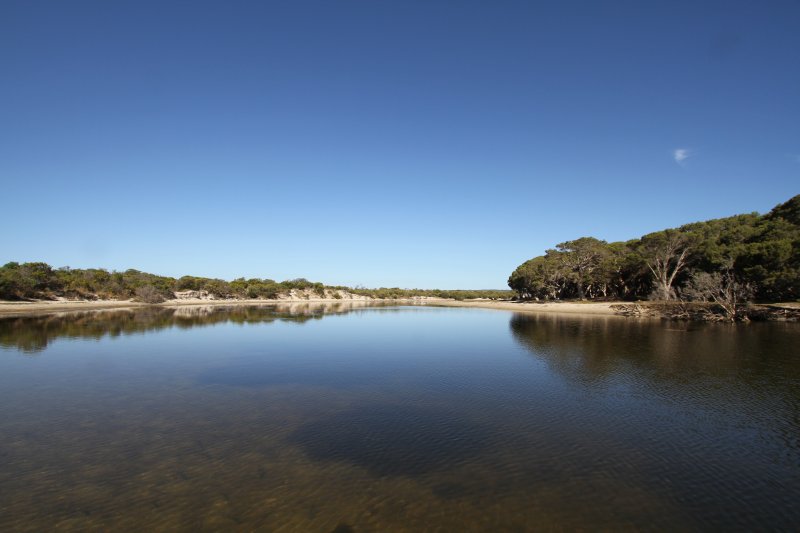 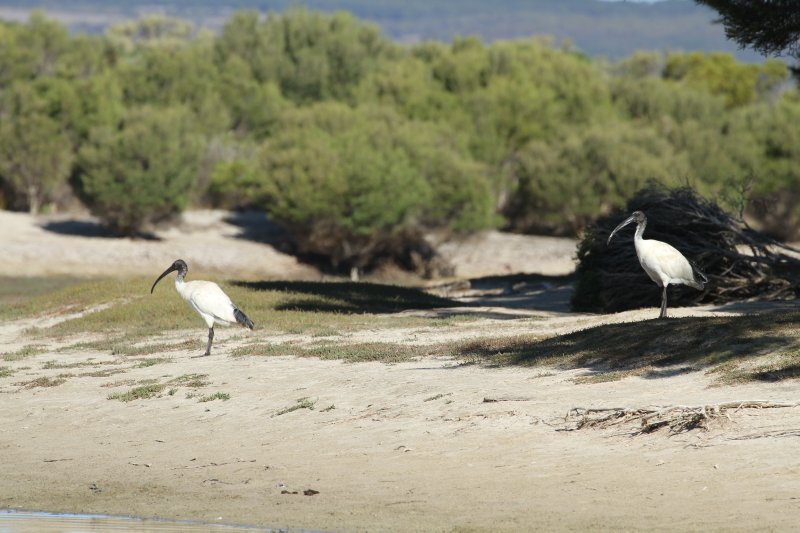 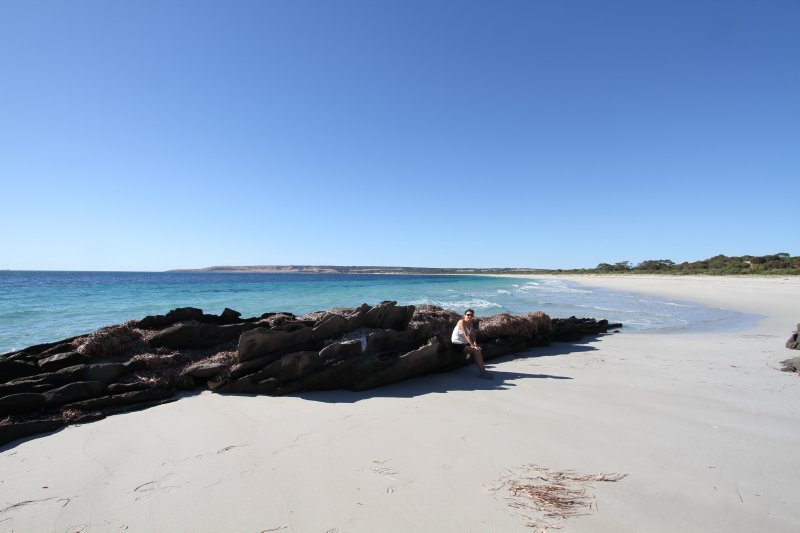 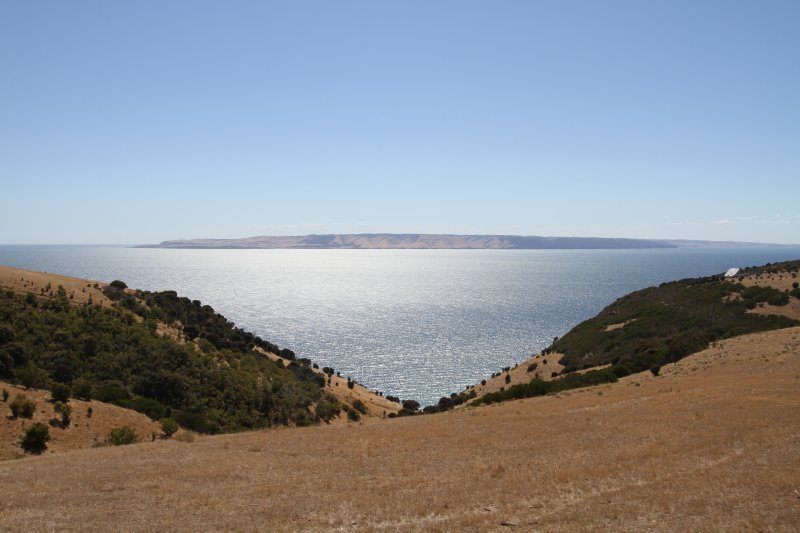 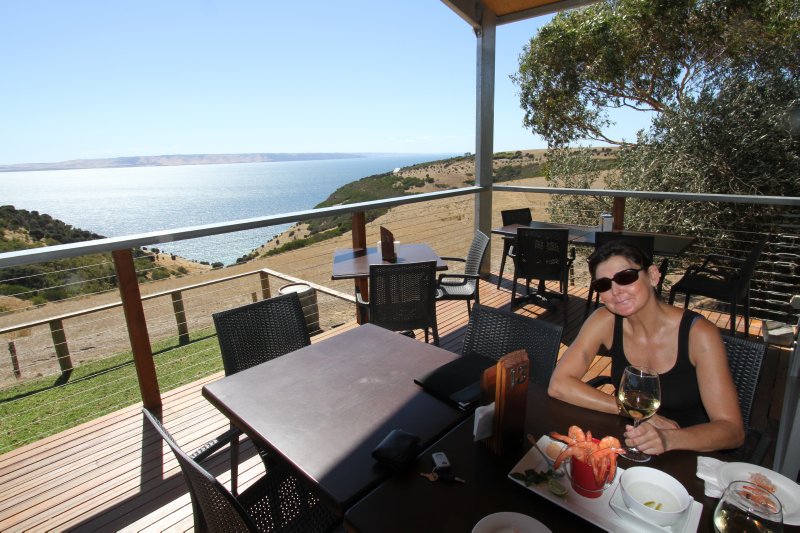 Posted by KobusM 23:07 Archived in Australia

My goodness! This is gorgeous! What a lovely place and views. Oh and the prawns and wine.... with that view! MMMMM... nice