The Bay of Fires Conservation Area starts a few kilometers north of the town of St. Helens on the north-east coast of Tasmania and extends from Binalong Bay in the south to Eddystone Point in the north. This unusual name was given to the area by the French explorer Captain Tobias Furneaux, in 1773, when he noticed numerous fires along the coast. This led him to believe that the country was densely populated. The Bay of Fires is famous for its white beaches, blue water and granite headlands splashed with orange lichen.

In 2009 Lonely Planet named The Bay of Fires as the world's 'hottest' travel destination. It is certainly 'hot' in the modern sense of the word but not in the literal sense. It was very cold the first night and temperatures during the sunny days that followed never exceeded 25 degrees. The Bay of Fires is described by Lonely Planet as "a castaway bay with a 29 kilometers ribbon of sea and surf spooling out from the old whaling town of St Helens, on Tasmania's north-east coast. White beaches of hourglass-fine sand, Bombay Sapphire sea and an azure sky. This is the secret edge of Tasmania, laid out like a pirate's treasure map of perfect beach after sheltered cove, all fringed with forests.”

There are many campgrounds along the bay and we chose Swimcart Beach to camp and found an absolute beachfront spot with fantastic views. It is a free camp with only a pit toilet but that doesn't bother us since the Quantum has everything we need. There is something magic about staying right on the water's edge and the sound of the waves crashing onto the beach adds to the atmosphere. The coastal bushes at the campsite are home to many Green Rosellas, found only in Tasmania, and many other birds.

We declared Bay of Fires is one of our top campsites and decided to stay for five days. Tomorrow we will travel north to Mount William National Park on the remote north-east coast. 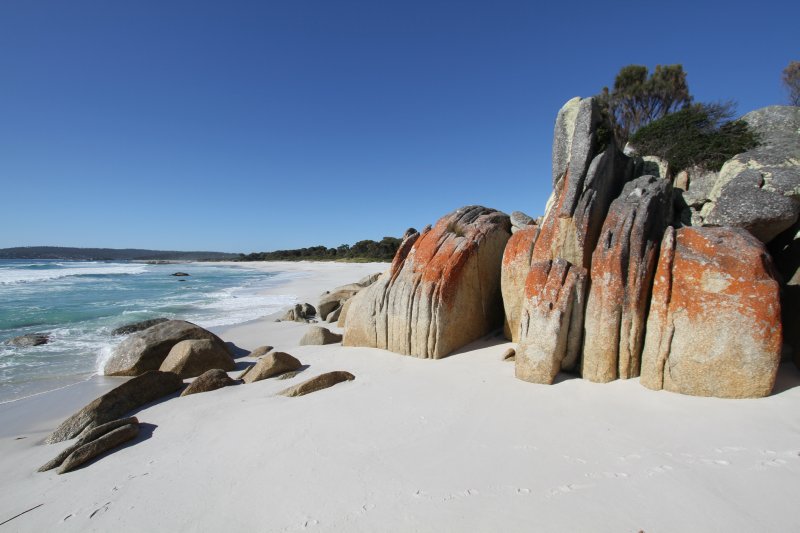 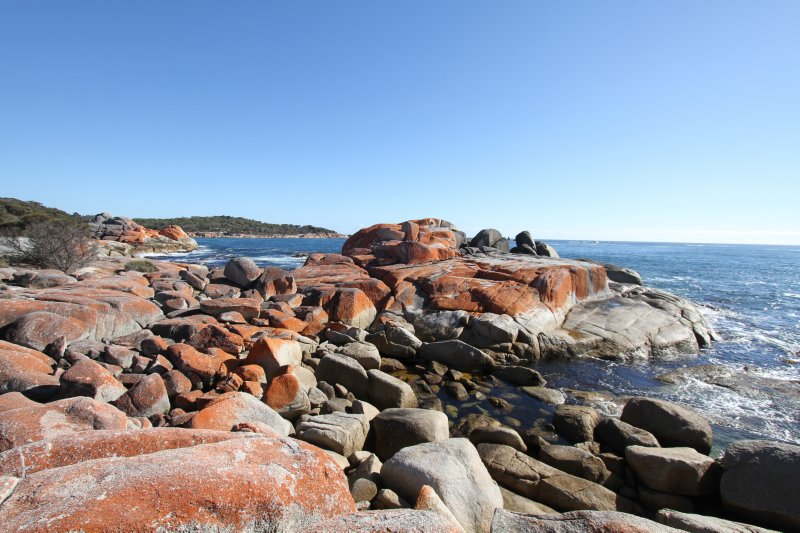 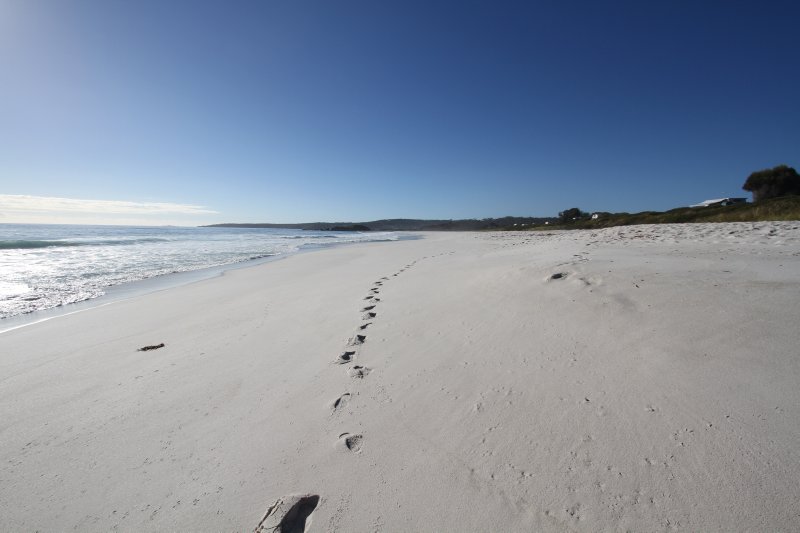 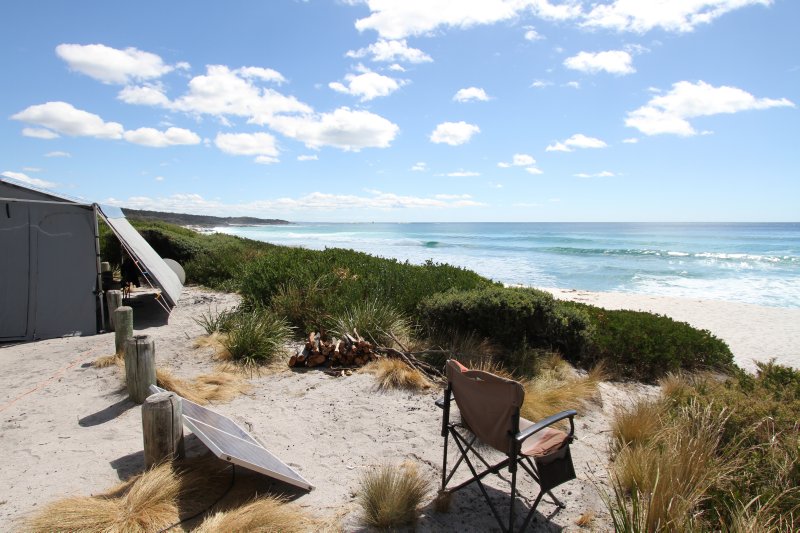 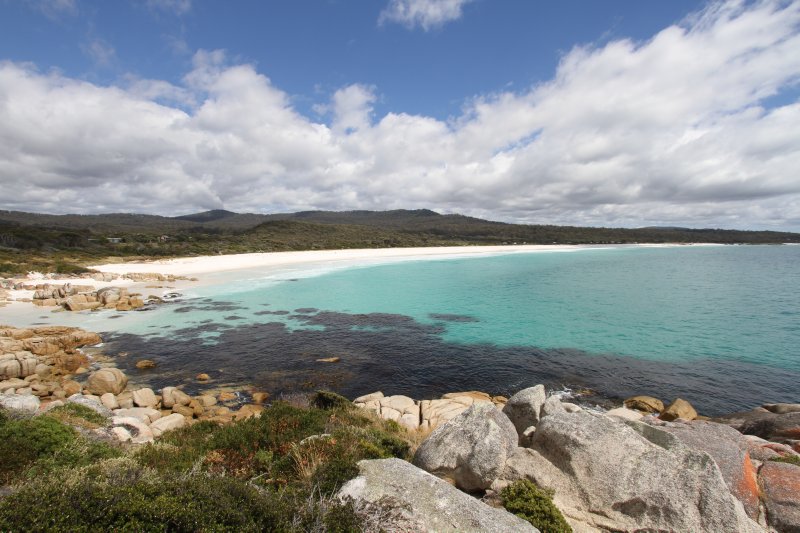 Swimcart Beach on the Bay of Fires 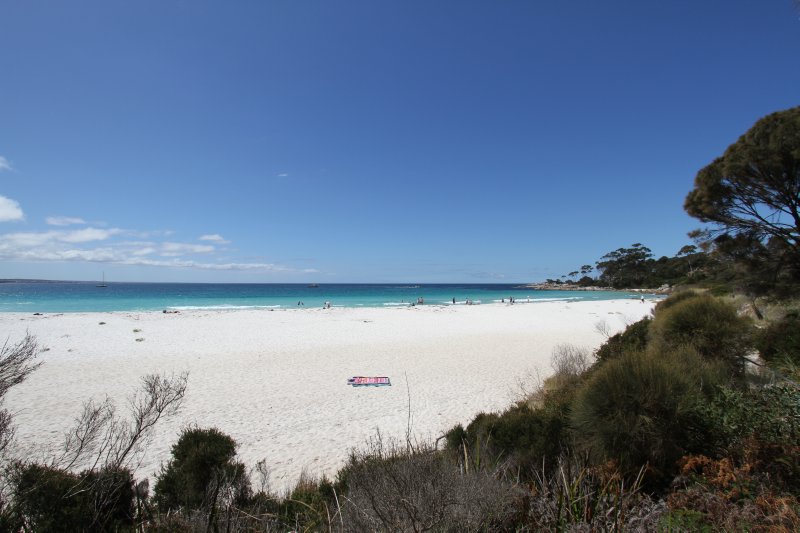 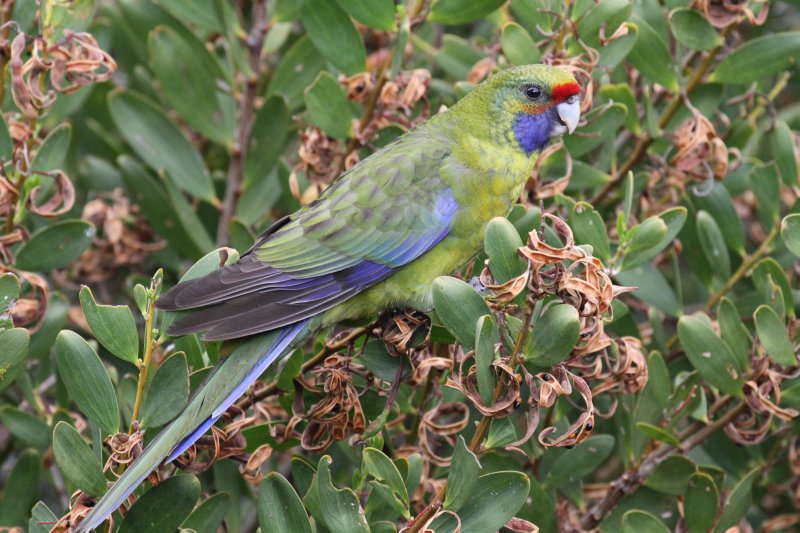 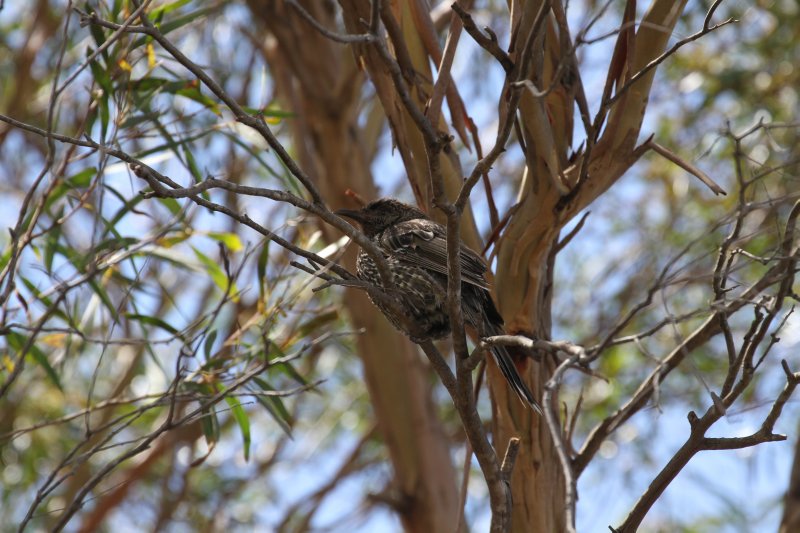 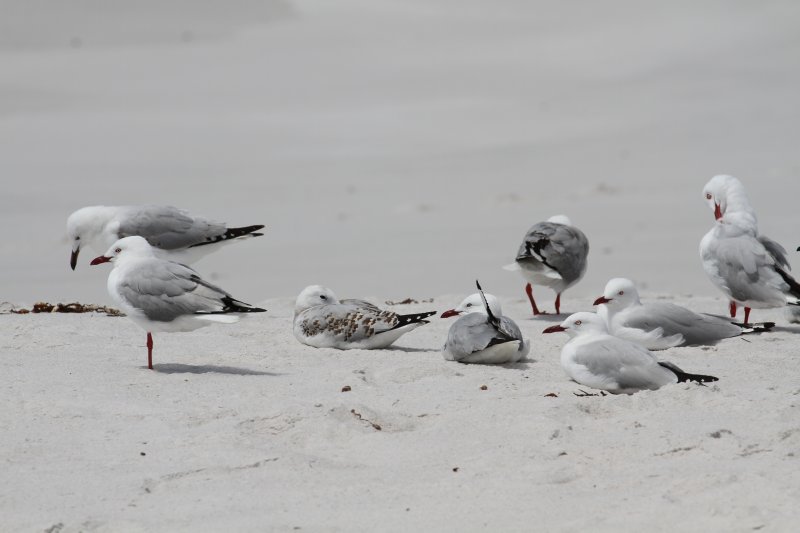 Silver Gulls resting on the beach

Posted by KobusM 18:34 Archived in Australia