Kosciuszko is one of the best known and best loved national parks in Australia, attracting around three million visitors each year. The park is named after Mount Kosciuszko, which at 2,228 meters is the highest mountain on the Australian continent. At 690,000 hectares it is the largest park in New South Wales and the Australian Alps. The area was first explored by Europeans in 1835, and in 1840, Edmund Strzelecki ascended Mount Kosciuszko and named it after a Polish patriot.

On our way to Blue Waterholes we saw two magnificent brumbies (wild horses) grazing and galloping on the plain. We also briefly stopped at the Coolemine Homestead that dates back to 1883.

Blue Waterholes is a fantastic camp spot with views over Cave Creek and lots of kangaroos at dusk. The walk through Clarke Gorge, which requires wading across the creek six times, is quite striking as it passes through a deep and sometimes narrow gorge and provides access to Cave Creek waterfall. The nearby lookout has excellent views to Cave Creek and spectacular limestone cliffs. The Cave Creek Gorge is very spectacular, looking very much like a landscape from one of the Lord of the Rings movies! Blue Waterholes is a 1200 meters elevation and we were "lucky" enough to choose a day where the temperature dropped to minus 2 degrees in the morning, the coldest day on record in December! 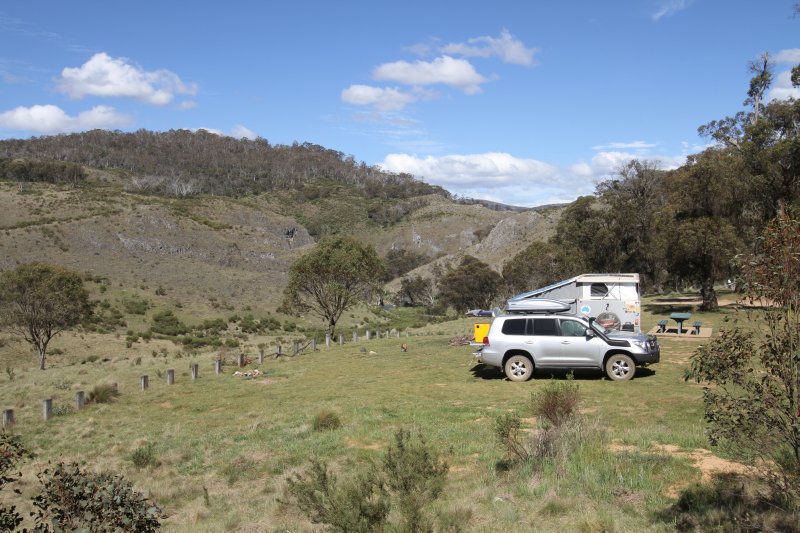 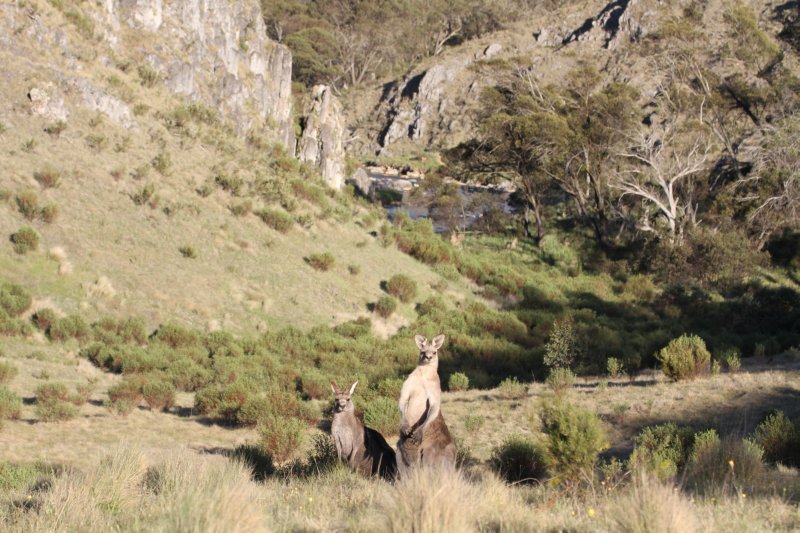 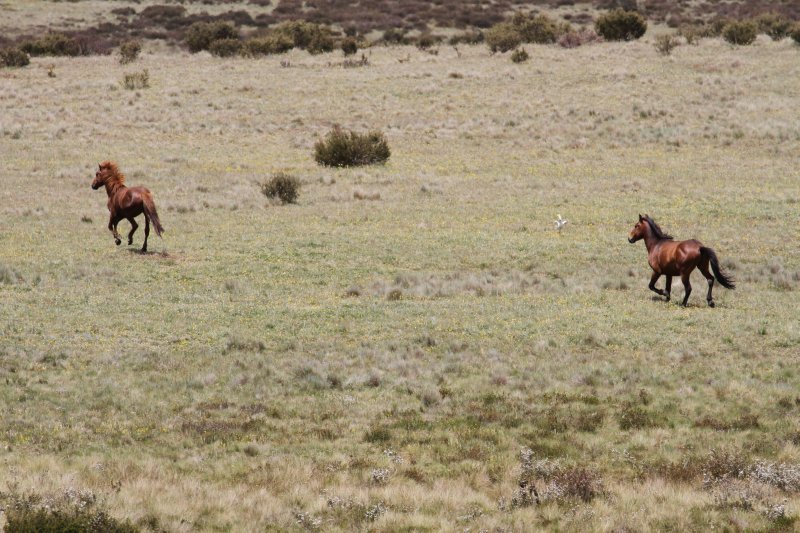 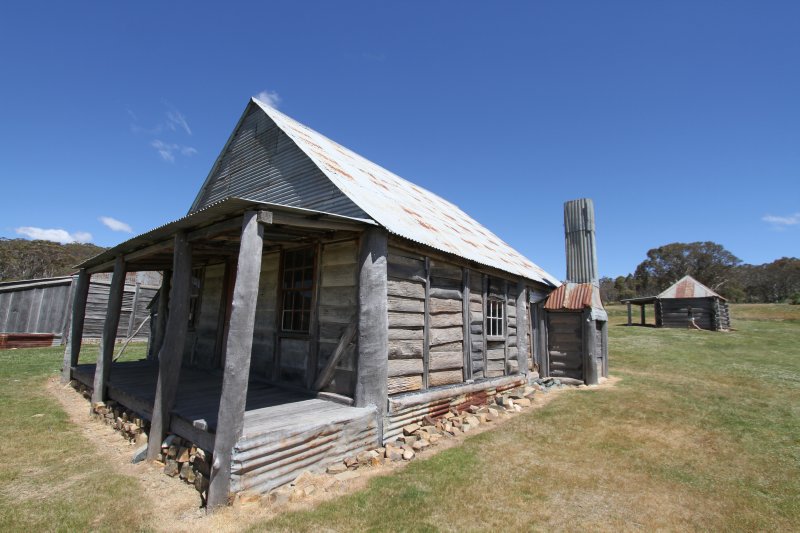 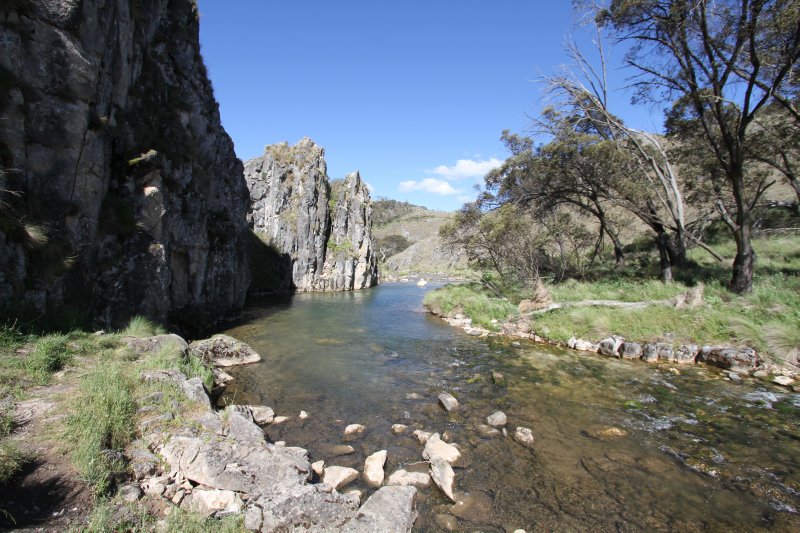 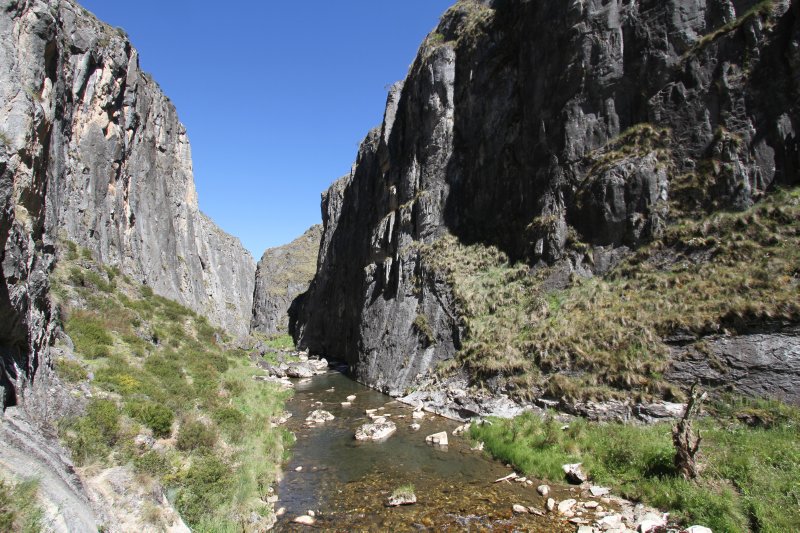 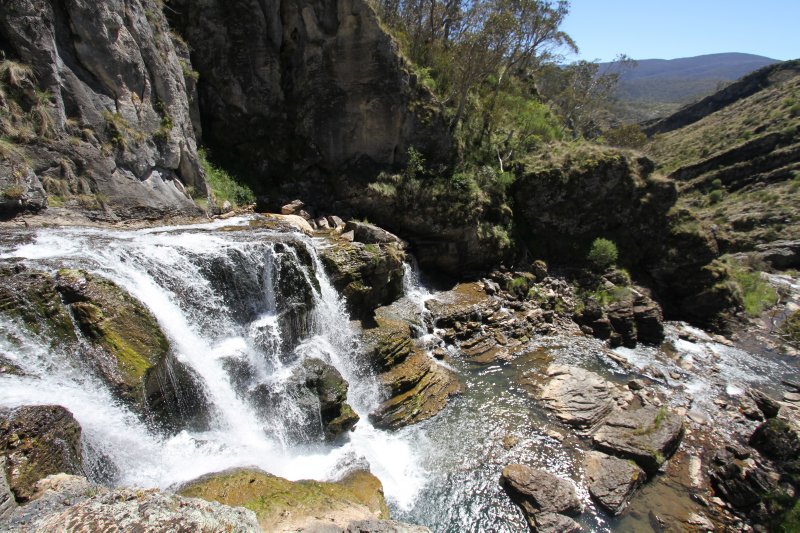 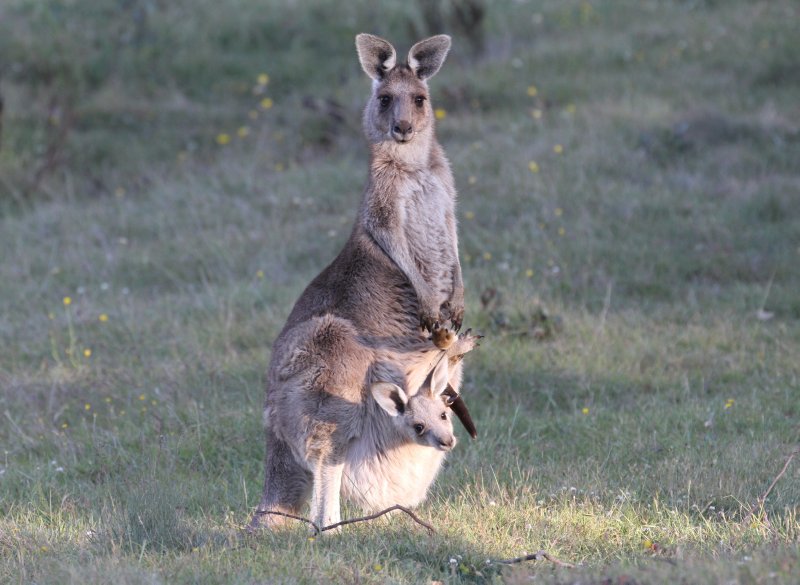 It's a little cramped in here!

Thredbo is very close to Mt Kosciuszko and we decided to hike to the summit of the highest mountain on the Australian continent. This popular 13 km return walk starts with a ride up to the top of the Kosciuszko Express chairlift. From the top of the chairlift, the walk follows a paved and raised grid footpath, passing the Mt Kosciuszko and Lake Cootapatamba lookouts, as it winds up to Rawson Pass. At Rawson Pass, the walk meets the old Kosciuszko road and Australia's highest public toilet. From here, the walk continues up the footpath and crosses a slippery snow drift to the top of Mt Kosciuszko. Although not nearly as high as the highest mountains on the other continents, it was nevertheless a pleasant hike to the summit, passing some snow drifts left from the winter. We chose the perfect day to do this with clear skies and little wind. Since we visited the lowest point on the Australian continent at Lake Eyre, it was apt to also visit the highest point.

Tomorrow we will leave New South Wales and travel down to Mallacoota, on the north-eastern coast of Victoria. 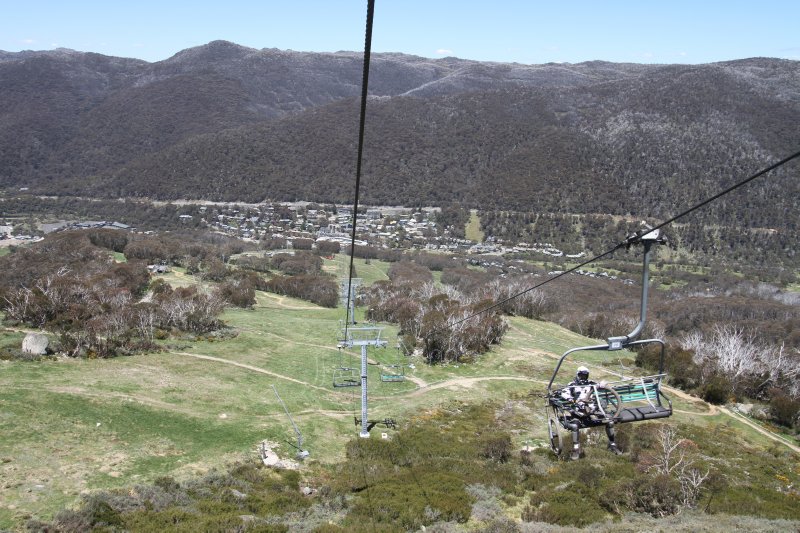 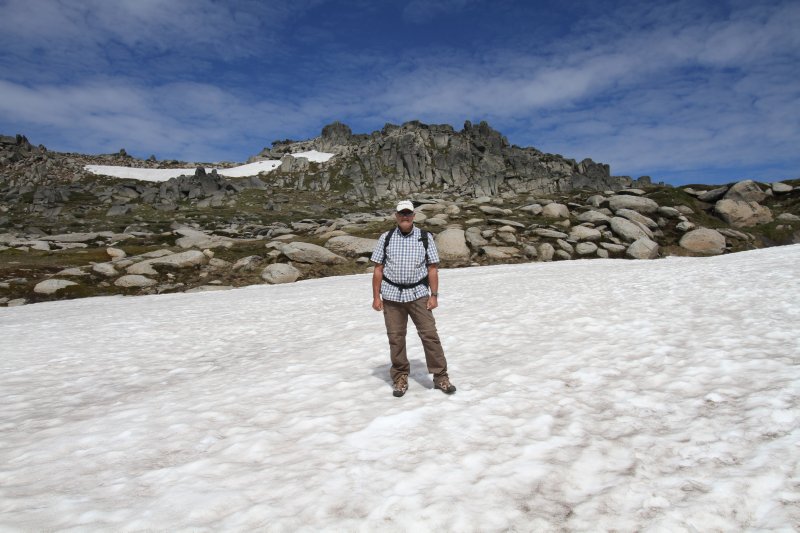 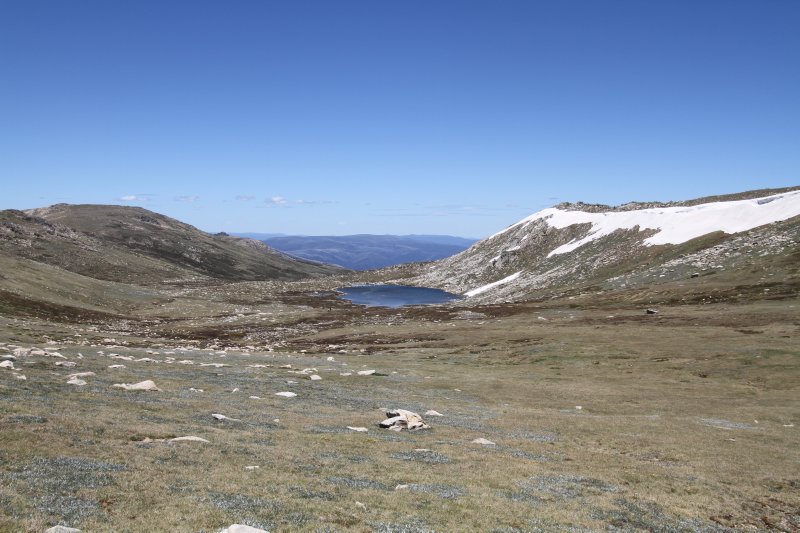 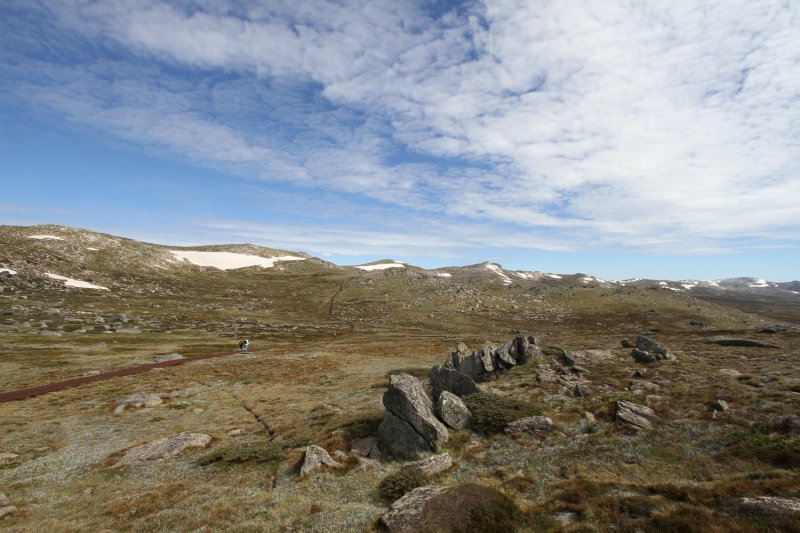 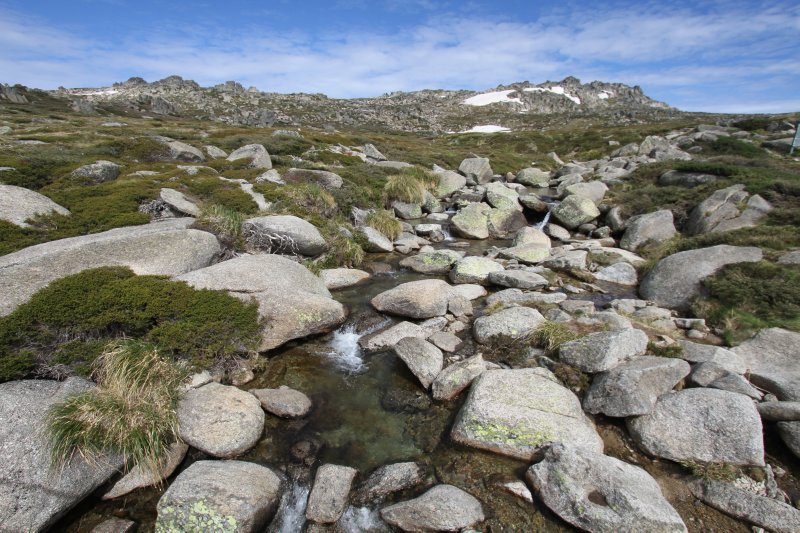 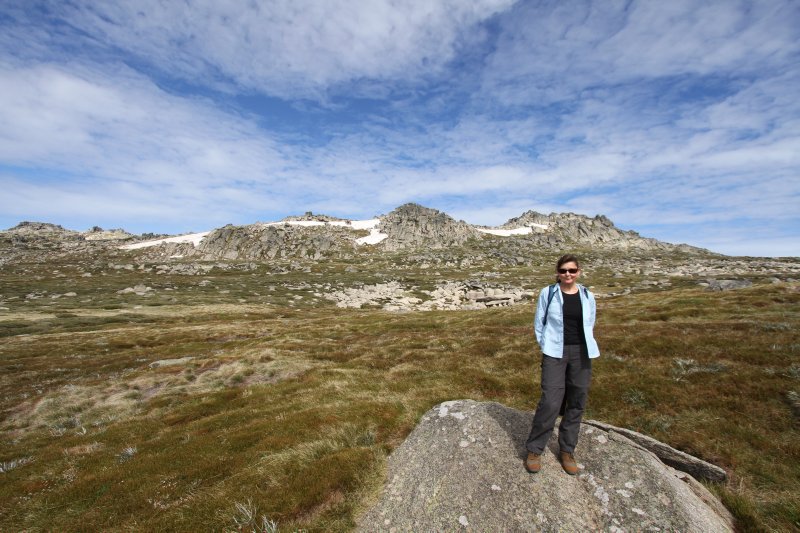 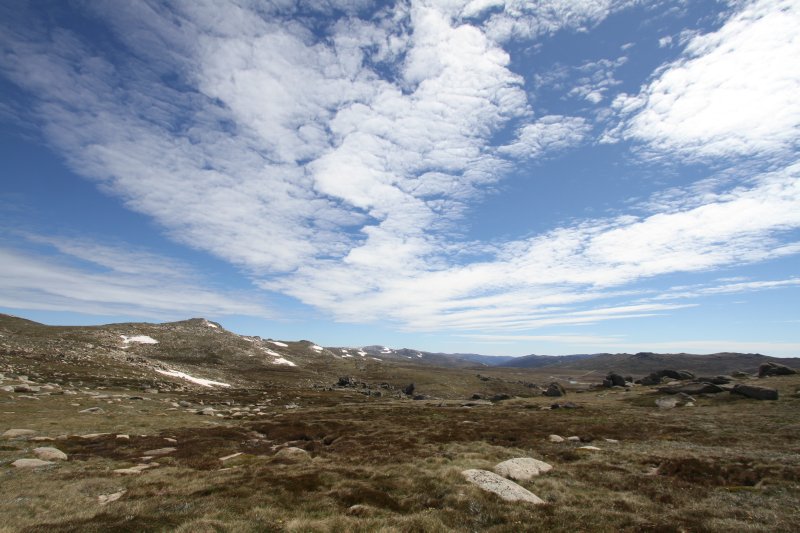 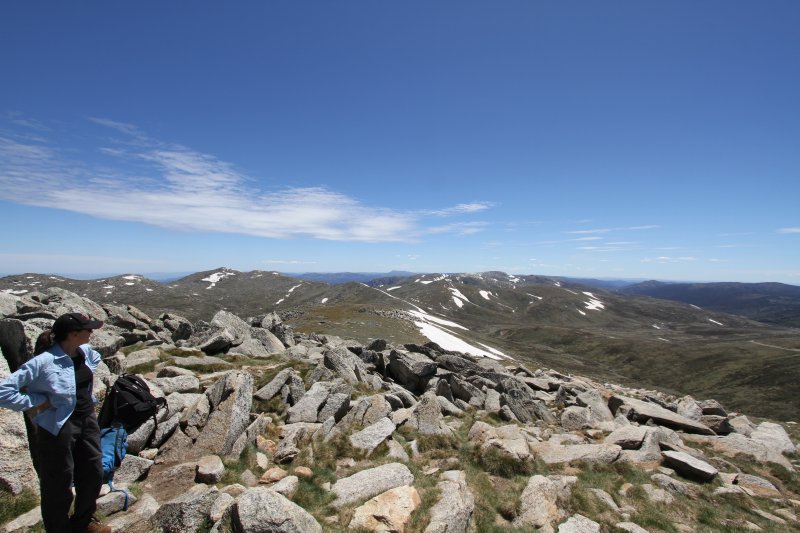 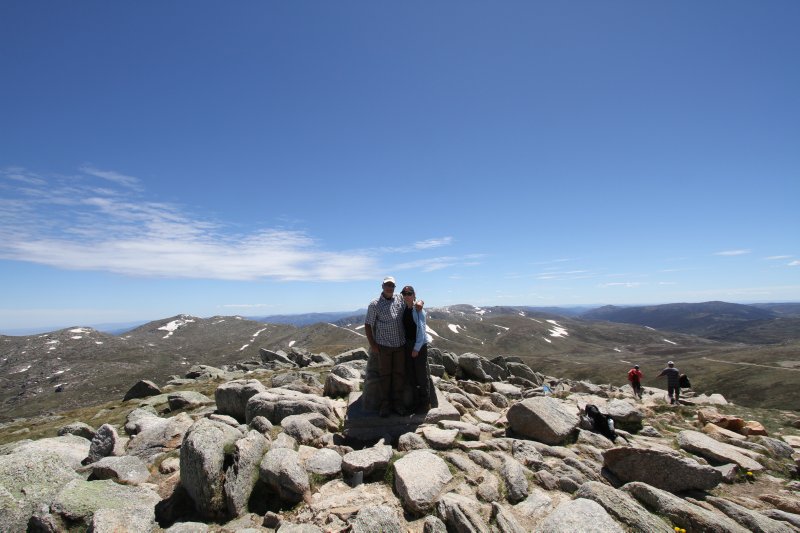 On top of Australia

Posted by KobusM 21:42 Archived in Australia