Tropical town with a lot of surprises

We like Broome. It is hot and humid but a very pleasant little town, with a lot of history and culture and even has a Chinatown.

The first night we stayed close to the famous Cable Beach and enjoyed a couple of hours on the beach in the afternoon. Although Cable Beach is spectacular by all standards, it still does not come close to Eighty Mile Beach, which is our favourite beach so far. The next day we took the Quantum for its first service and after that moved to Roebuck Caravan Park which is located on Roebuck Bay and managed to get a beachfront stand with a nice view of the bay.

Broome is also famous for the 'Stairway to the Moon' event when the full moon rises over Roebuck Bay at low tide and tonight we had an excellent vantage point from our campsite. The tides in Roebuck Bay are quite remarkable, especially at spring tide. The distance between the high and low tide marks must be at least 1000 meters if not more.

On Good Friday we had our first overcast day after a thunderstorm in the morning that cooled us down a bit. It was a refreshing break from the very hot days, but in the afternoon the mercury rose to 35 degrees again and the humidity was even higher than before.

William Dampier was the first European to visit this shore in 1688 and Roebuck Bay was named after his ship, HMS Roebuck. However, it took almost 200 years for Broome to be gazetted as a town and named in honour of the then Governor of Western Australia, Sir Frederick Napier Broome. The discovery of the largest pearl shell in the world in the waters of Roebuck Bay, the 'Pinctada maxima', led to the establishment of Broome's pearling industry. Broome produced 80% of the world's Mother of Pearl shell in the first decade of the 20th century. While pearling was prosperous for the pearling masters, it was often fatal for the divers who were subject to 'the bends', drowning, shark attacks and cyclones. The local Japanese cemetry is the resting place of 919 Japanese divers who lost their lives working in the pearling industry. The develoment of the plastic button in the 1950s sealed the fate of the Mother of Pearl shell industry. However, the industry was revitalised in the late 1950s with the advent of the cultured pearl and by the 1970s Broome was producing 60% to 70% of the world's large cultured pearls. In 1889, an undersea telegraph cable was laid from Broome to Singapore, connecting to England, hence the name of Cable Beach. Broome has many pearl shops and there are probably more pearl shops than pubs or botttle shops. quite an achievement for an Aussie town. 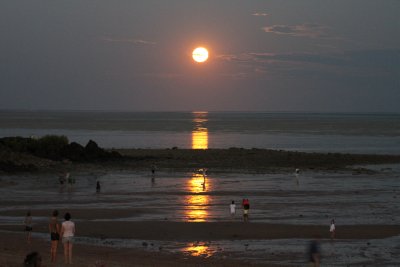 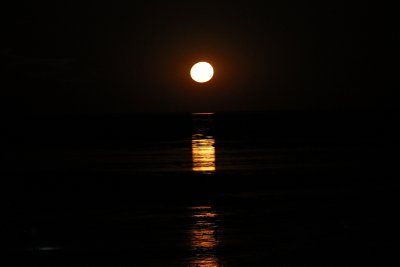 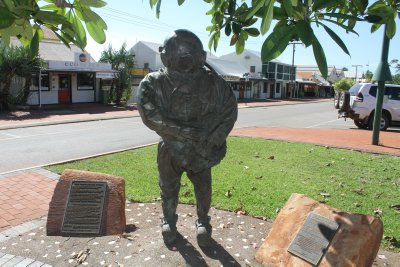 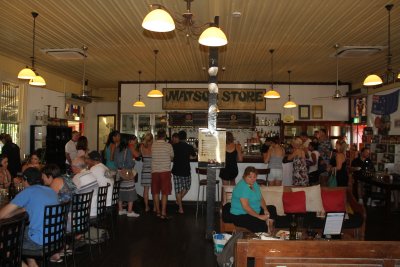 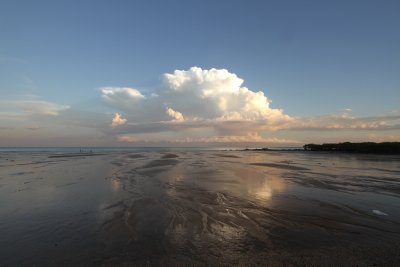 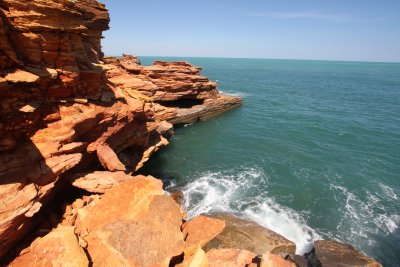 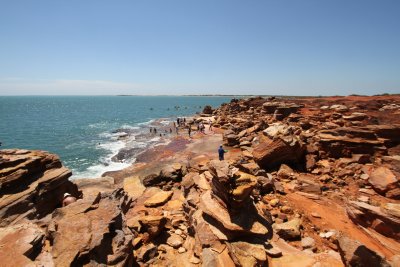 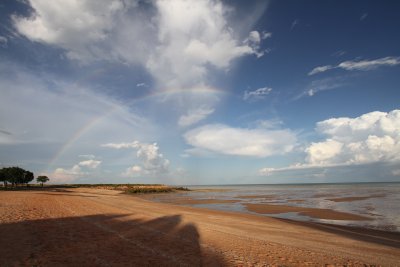 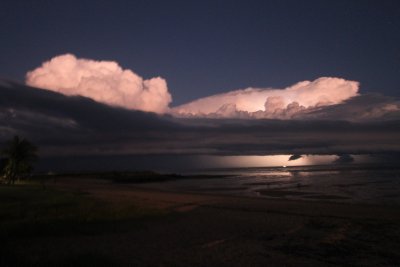 Posted by KobusM 04:07 Archived in Australia