From the Gold Coast we travelled south and crossed the border into New South Wales on our way to Bundjalung National Park. We drove through Byron Bay wgich is a nice little holiday town. Just south of Lennox Head we stopped at a lookout to watch hang gliders using the strong breeze to glide over the cliffs and long stretches of beach.

Bundjalung National Park is on the north coast of New South Wales, 200 km south of the Gold Coast and our first stay in New South Wales on this tour. It protects an area of coastal plain, heathland, lagoons, wetlands, littoral rainforests and 38 kilometers of solitary beaches between the towns of Iluka and Evans Head. We camped at the popular Woody Head Campground next to a wide bay in the southern part of the park. The campgound is frequented by kangaroos and many birds. It is the first time we observed the Australasian Green Figbird.

The park is named after the Bundjalung Aboriginal people, the original occupiers of the land, and features extensive evidence of Aboriginal middens and campsites throughout its area, legacy of the Bundjalung peoples who occupied this area for thousands of years.

The park features coffee rock formations, rock-like formations of indurated sands that were formed from ancient river sediments of the Pleistocene age. Some of the rocks have interesting erosion marks and some contain fossilised wood.

It was windy during our stay and the last afternoon it rained heavilly. We therefore avoided the beach most of the time. From here we will travel west inland to Washpool National Park which is part of the World Heritage listed Gondwana rainforests of Australia. 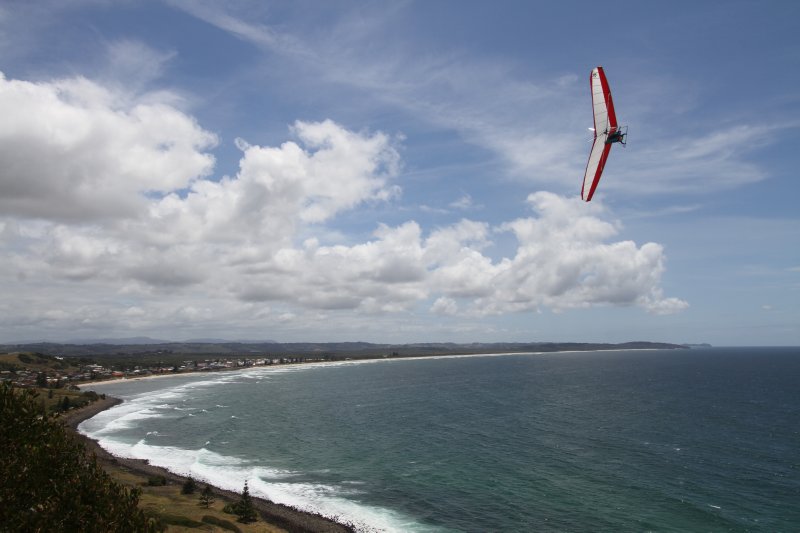 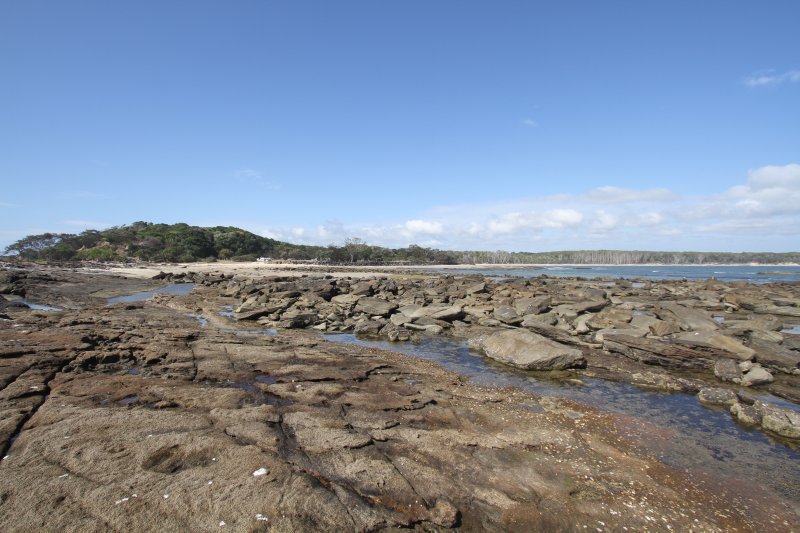 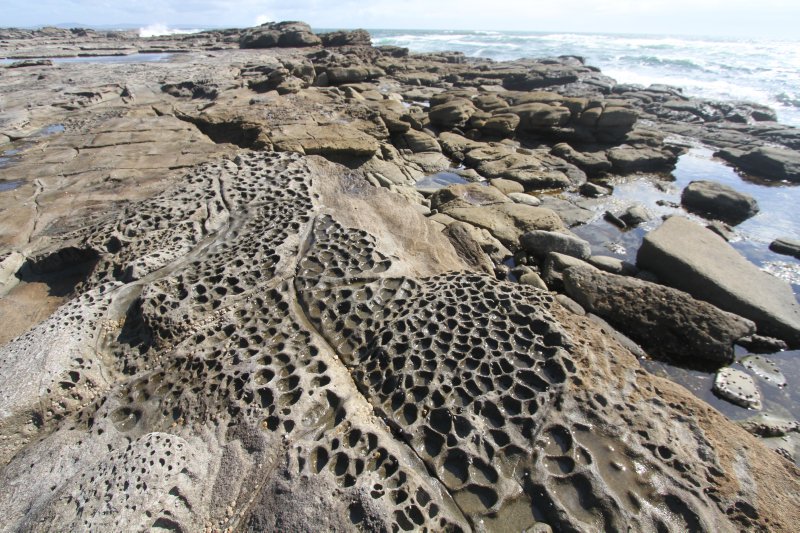 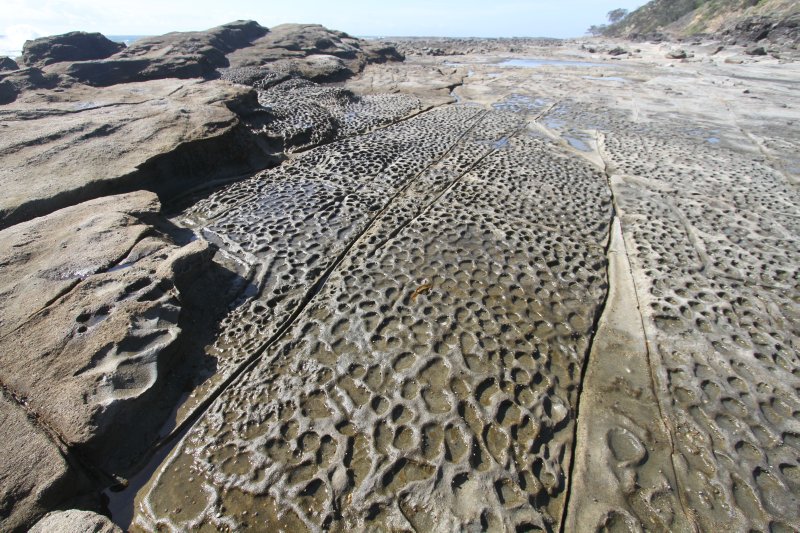 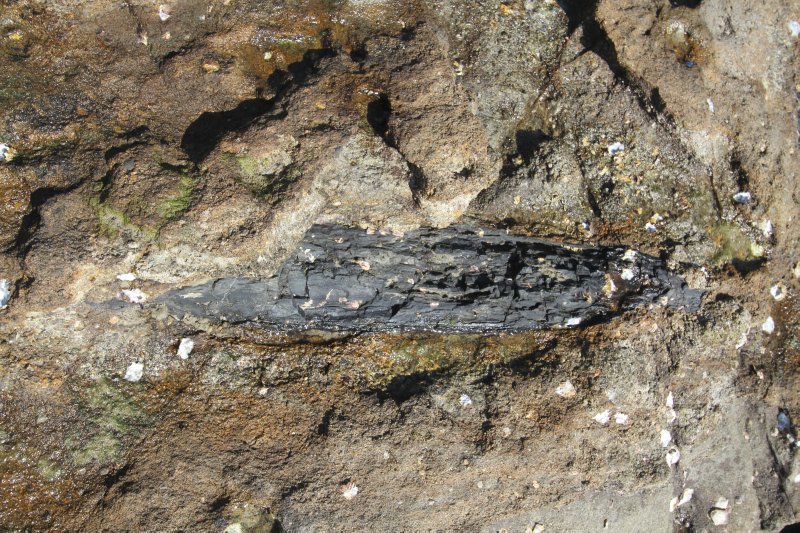 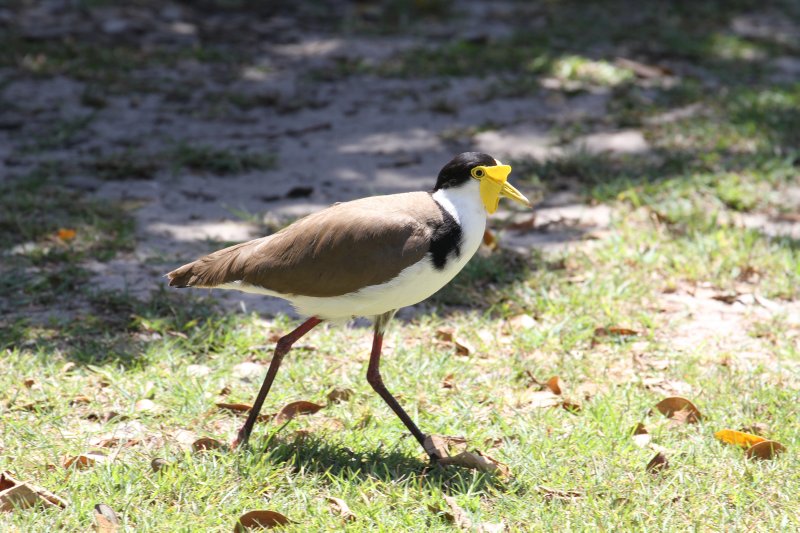 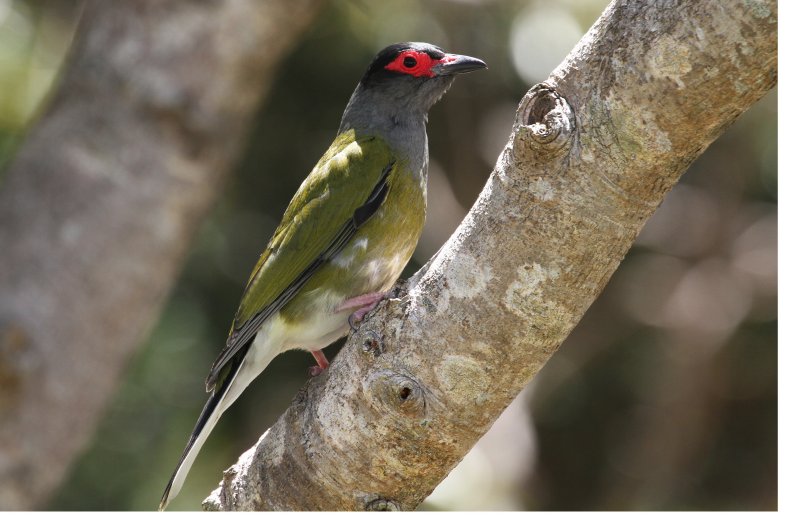 Posted by KobusM 20:30 Archived in Australia