The Washpool National Park is part of the World Heritage listed Gondwana rainforests of Australia and include the most extensive areas of subtropical rainforest in the world. The Gondwana Rainforests are so-named because the fossil record indicates that Gondwana (a supercontinent from the Mesozoic era which included Antarctica, South America, Africa, Madagascar and Australia) was covered by rainforests containing the same kinds of species that are living today.

Washpool National Park is located 150 kilometers inland from the coast, at an altitude of 1100 meters above sea level in the Great Dividing Range. We camped at Bellbird Campground which offers secluded campsites where you can relax in privacy and enjoy life in the rainforest.

Birdwatching is an absolute pleasure here with the amazing Superb Lyrebird, a master of mimicry and song, our favourite. Lyrebirds are the world’s largest songbirds and its songs sound like a mixture of a parrot and other birds (video attached below) and the male and female both have two long “lyre” tail feathers. The Superb Lyrebird features on the Australian 10c coin. Another amazing bird that lives in these rainforests is the Satin Bowerbird that collects blue objects like washing pegs, bottle tops, rope and pieces of plastic that matches the colour of his eyes to impress the females. We left a blue peg out and it was not long before he discovered it and flew off with it to proudly add it to his collection. A Pied Currawong took a fancy in our campsite, maybe because we were the only campers around, trying to scavenge scraps. It had a go at our thawing boerewors sausage but luckily I managed to save the boerewors.

Some of Australia’s rarest and most unusual creatures can be found here, like the pouched frog, the long-nosed potoroo, and the beautiful, cat-like spotted-tailed quoll. The pouched frog is a terrestrial, marsupial frog that carries tadpoles in a pouch after hatching. The spotted-tailed quoll, also known as the Tiger quoll, is the Australian continent’s largest carnivorous marsupial. We did not spot the frog or the potoroo but I spotted the quoll one night in the bushes but did not manage to photograph it. We also had regular visits from a huge, dog-size possum that made mess of our garbage bag and ended up on top of the kitchen looking for scraps of food in the middle of the night, keeping us out of sleep. Apart from the scavenging possum there were no other creatures to annoy us; no flies, mosquitos, horse flies, ants or sand flies. A very nice place to camp!

The day we arrived it had rained the day before and the forest was already very damp and cold. It started to rain again soon after we have set up camp and it rained the rest of the day day and night. The second day was still drizzly and damp, but with a dry spell that allowed us to do a pleasant walk in the rainforest and along the Coombadjha Creek. We eventually left Washpool having had a nice time in the rainforest but it just became too damp and cold for comfort. We headed back to the coast to camp at Yuraygir National Park. 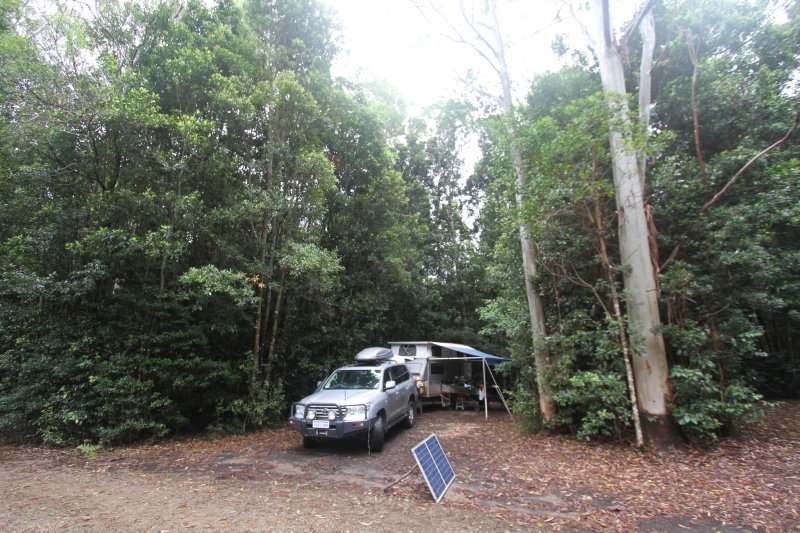 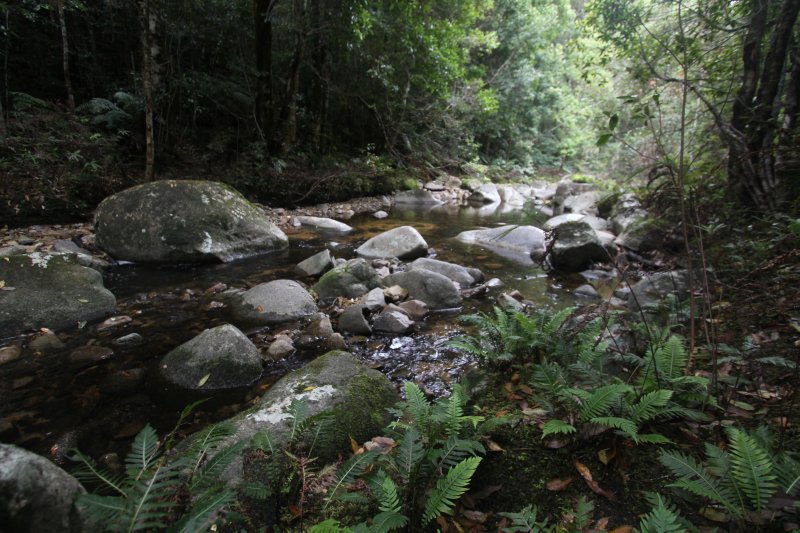 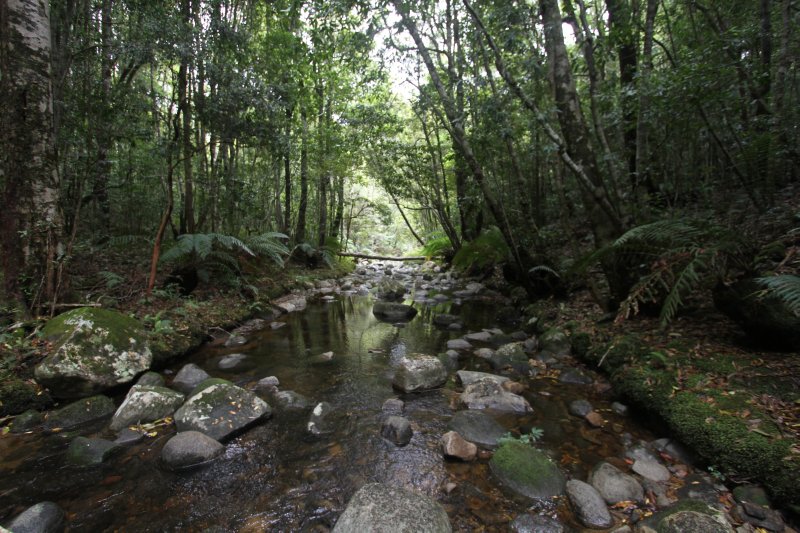 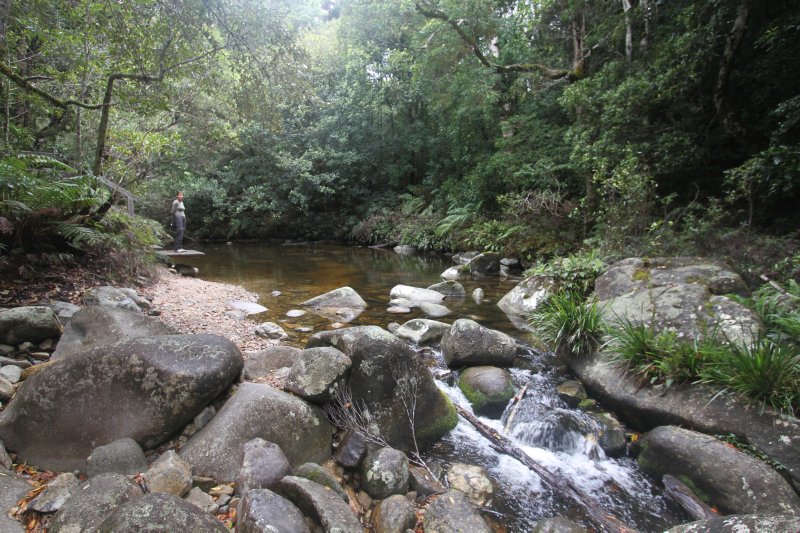 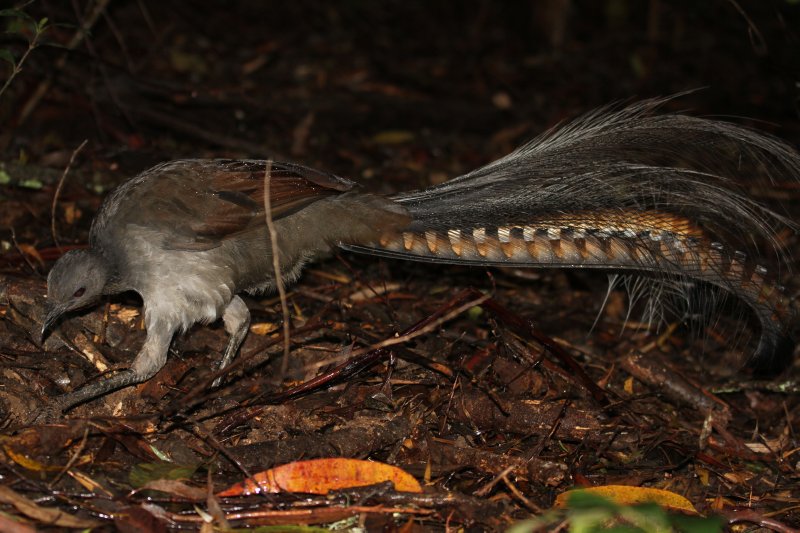 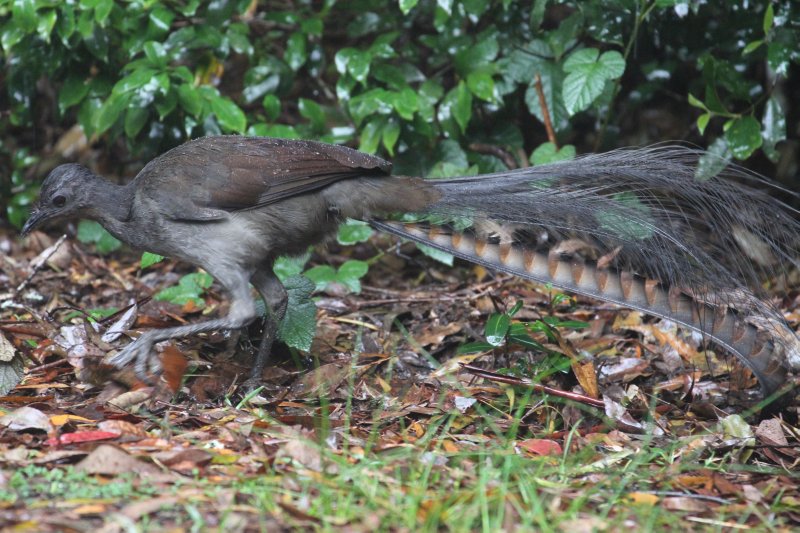 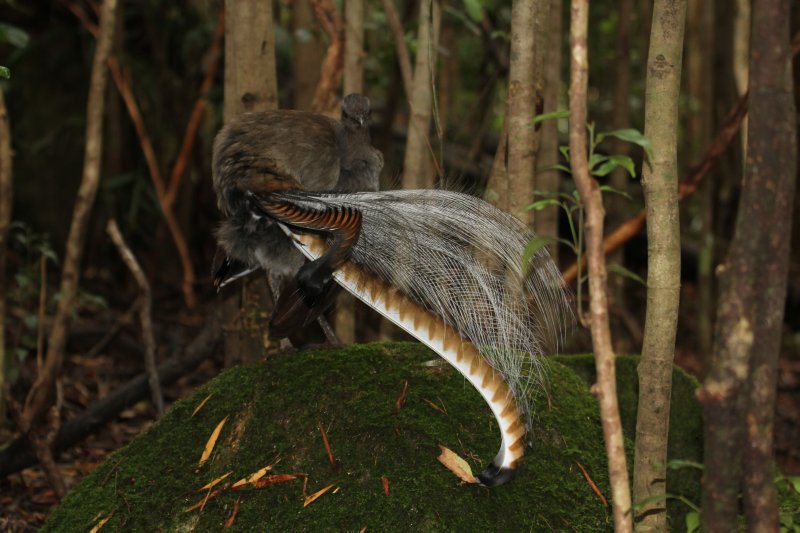 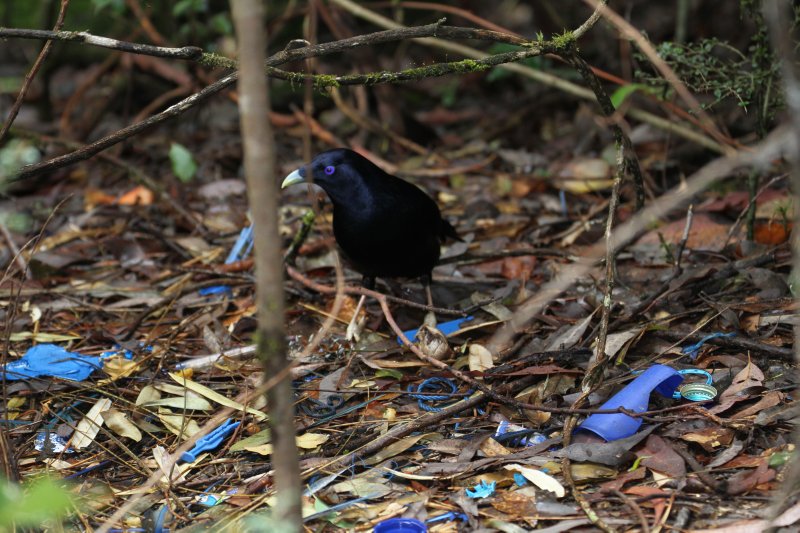 Satin Bowerbird with its collection of blue decorations 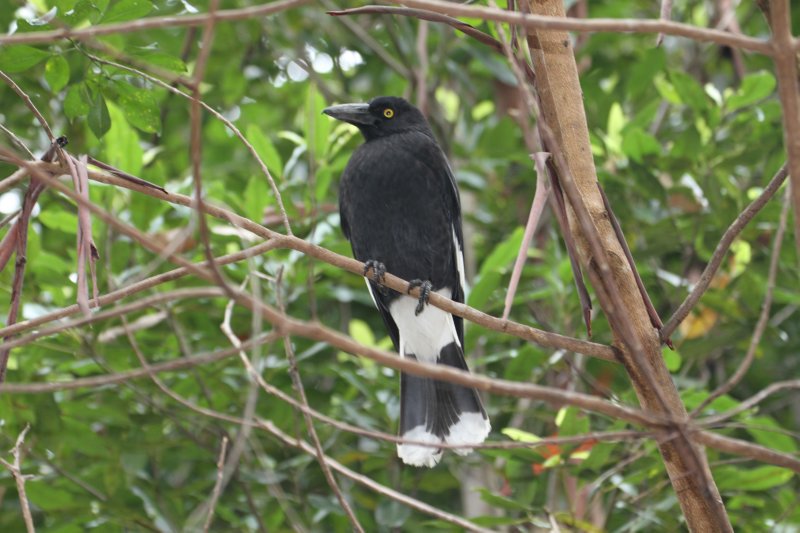 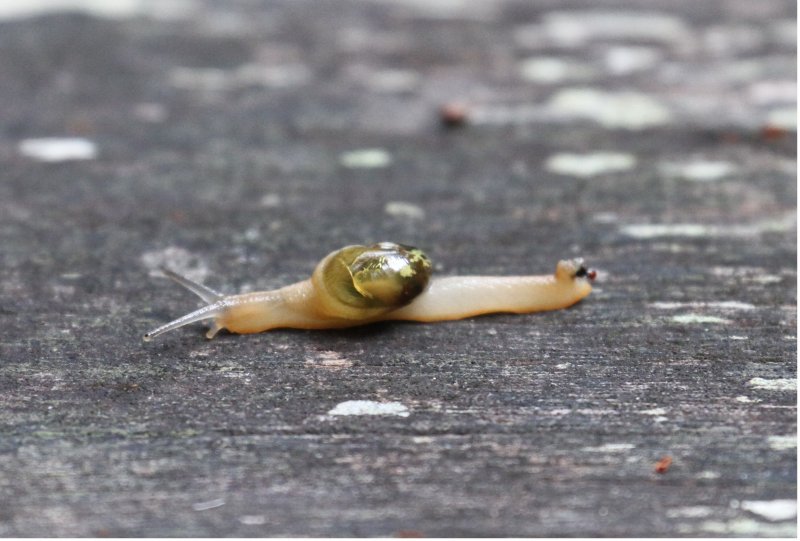 Posted by KobusM 20:07 Archived in Australia