Heron Island is a coral cay located near the Tropic of Capricorn in the Southern Great Barrier Reef, 72 kilometers north-east of Gladstone. The island is situated on the leeward side of Heron Reef, a fringing platform reef of significant biodiversity and is about 800 meters long and 300 meters at its widest. The island began forming around 6,000 years ago but was only discovered in 1843 by Francis Blackwood on the H.M.S Fly while looking for shipping channels through the Great Barrier Reef. The ship's geologist named it Heron Island after he noticed the large number of reef herons feeding on the cay's reef, but in my view it should have been named Noddy Island as Black Noddy Terns dominate the island. The island did not become inhabited until the early 20th century when a turtle cannery was established, aiming to profit from the seasonal influx of green turtles, but the venture soon found it difficult to keep the business afloat. Fortunately for nature lovers other attempts at establishing fisheries were abandoned and in the 1930s the lease was taken over by Captain Christian Poulsen who saw the island's potential as a holiday destination. Poulsen built the resort and organised the ferrying of tourists firstly by boat, then, after purchasing ex-RAAF seaplanes, by plane. In 1943 Poulsen noticed a damaged naval vessel abandoned on a beach near Gladstone and decided it would make a useful breakwater and bought the ship (HMCS Protector, circa 1884) for 10 pounds and towed it to the island. The wreck is one of the first things visitors to the island see and it's a popular spot for one of the island's visiting birds, the large Brown Booby, to roost. On 11 September 1943 the entire island was declared a National Park, called the Carpricornia Cays National Park. Five years later Poulsen went missing in in a dingy in nearby waters.

Heron Island Resort is a fantastic place to wind down and to enjoy the Great Barrier Reef. We have come here to celebrate the half-way mark of our Big Lap of Australia and to take a break from camping and caravan life. We left the Land Cruiser and the Quantum in Gladstone and boarded the luxurious catamaran ferry for a two hour cruise to the island. The island is not accessible for day-trippers and is a haven for scuba divers and snorkelers. Strangely, the island is in a different time-zone than Queensland, one hour ahead, maybe to demonstrate the isolation from the mainland. We arrived in perfect conditions and the weather was great the rest of the time.

I have read that Jacques Cousteau had named Heron Island as one of the top 10 dive spots in the world, and I was eager to slip below the surface to test this. Heron has 60% of the 1500 species of fish and about 70% of the hard and soft coral varieties of the Barrier Reef, making the underwater world a feast of colour and life. The visibility underwater was amazing at 25-30 meter and the coral gardens breathtaking. I enjoyed all five dives and will rate them high on my top list of dives. But you don't have to scuba dive to enjoy the reef. Snorkeling is just as good and can be done in the shallow water from the beach at the resort.

We loved Heron Island and is certainly one of the highlights of our Big Lap trip. We will depart for the Town of 1770 tomorrow and hopefully get a chance to visit the most southern cay of the Capricornia Cays National Park and the Great Barrier Reef on a day trip from 1770. 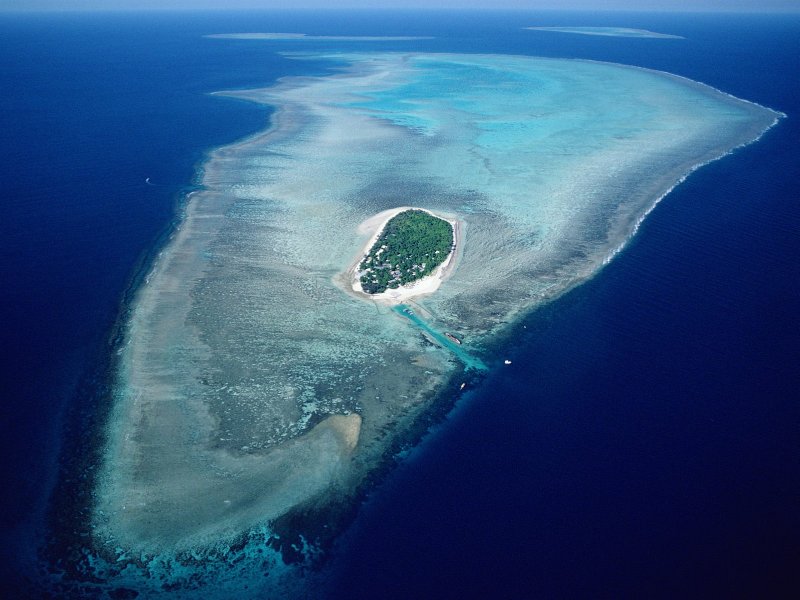 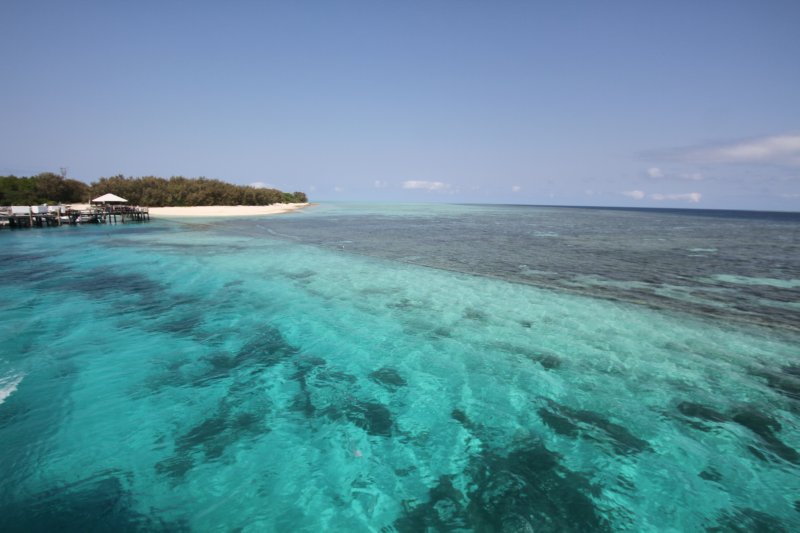 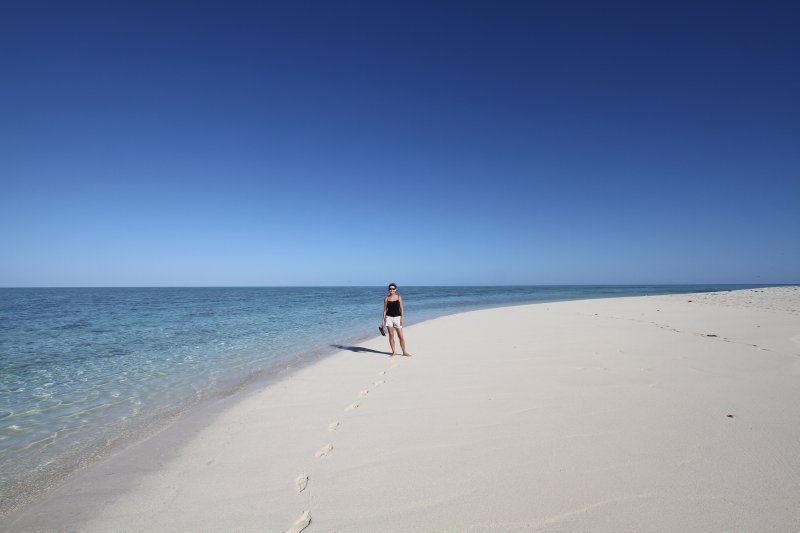 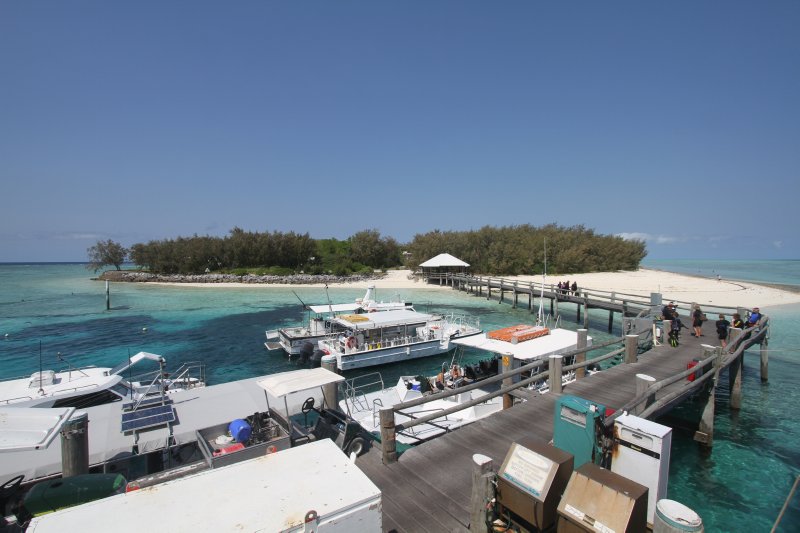 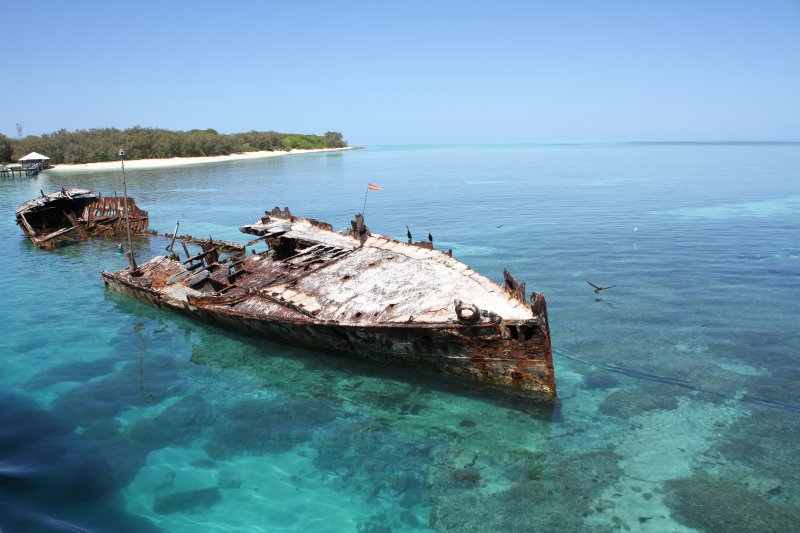 Wreck of the HMCS Protector 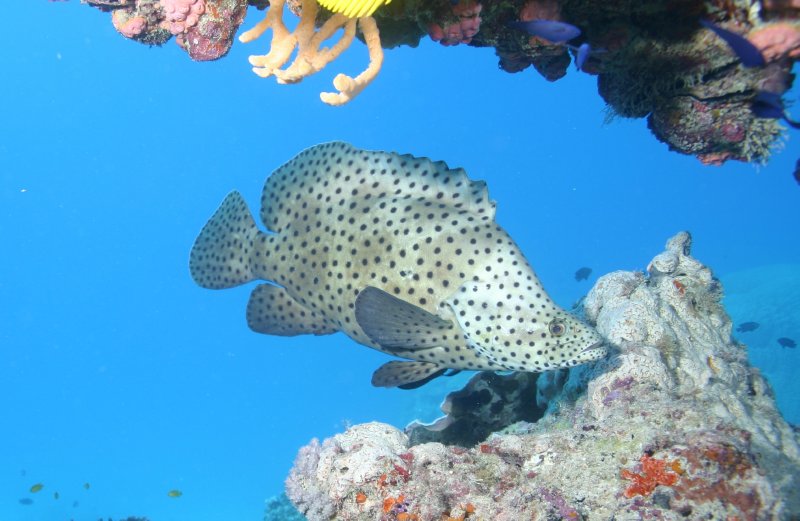 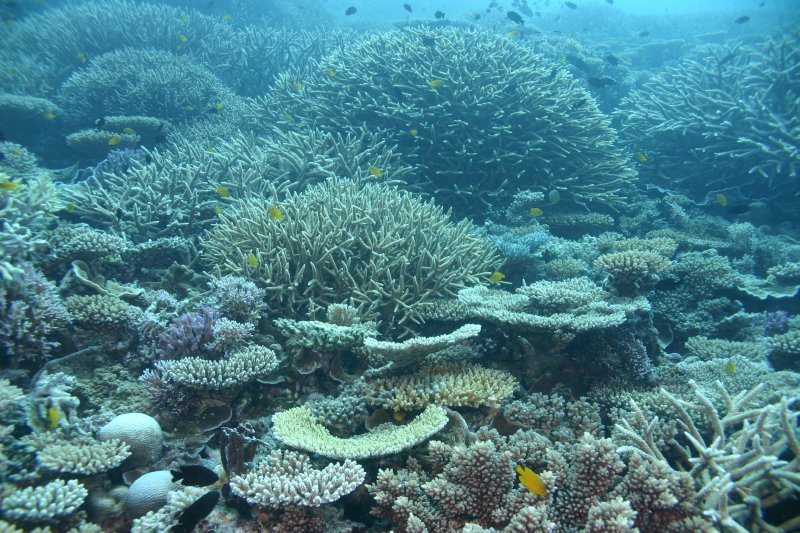 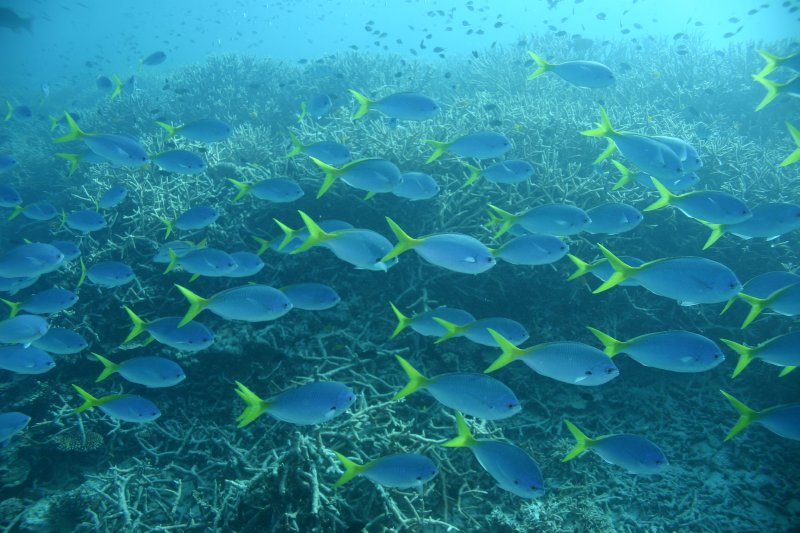 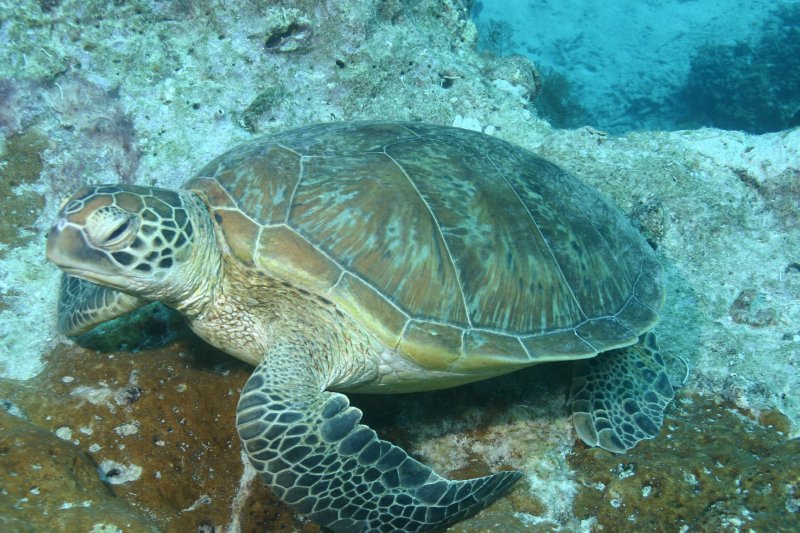 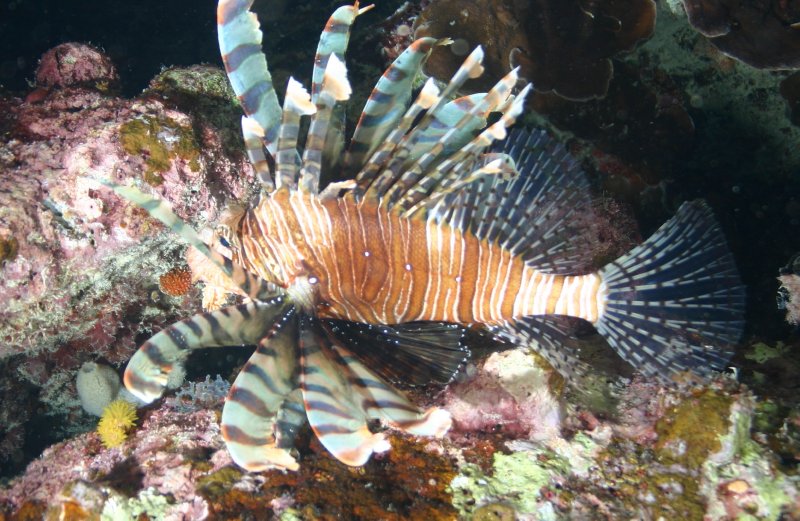 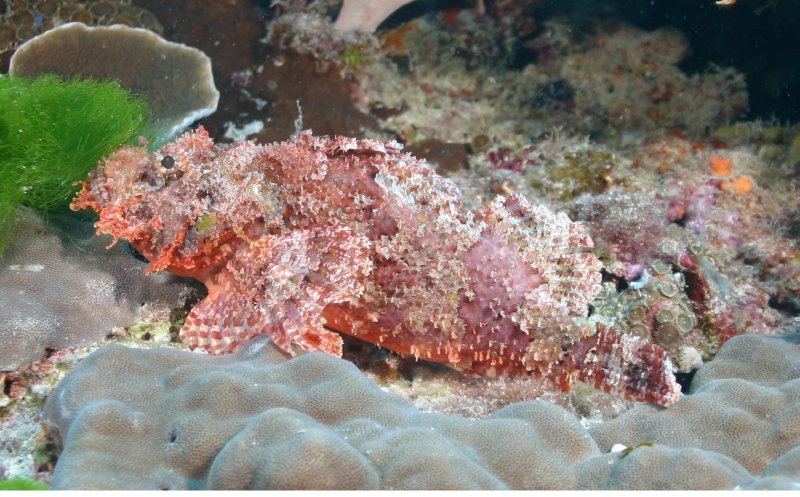 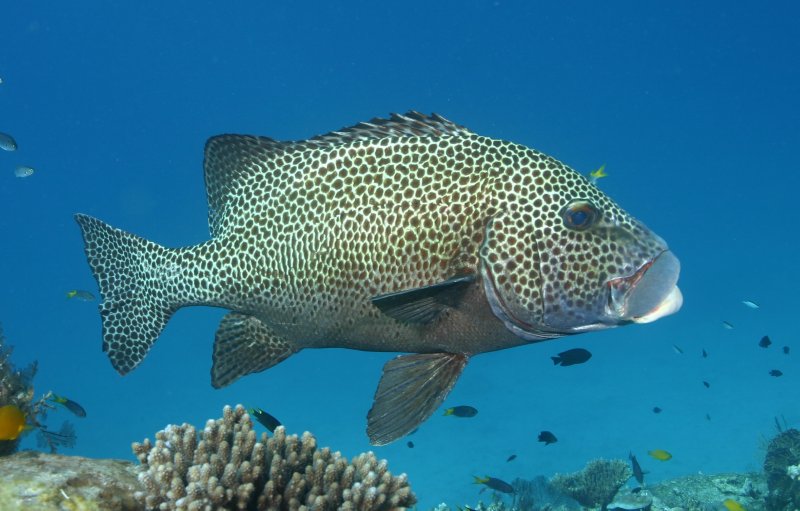 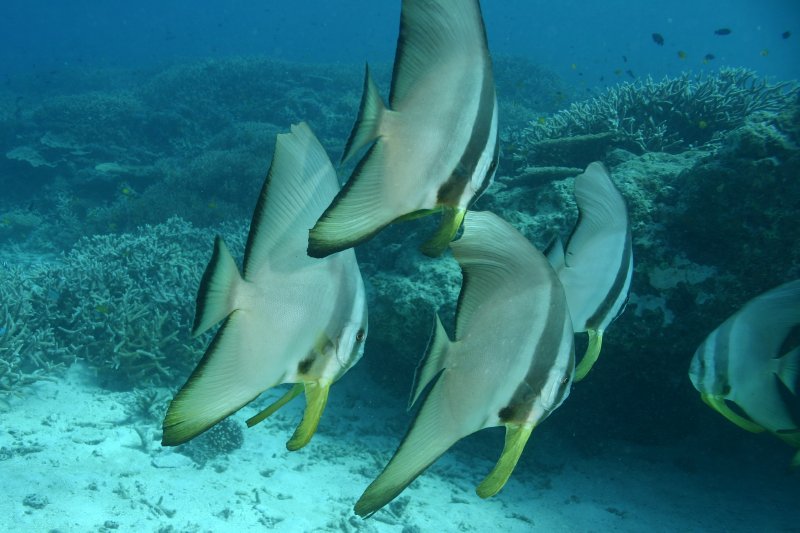 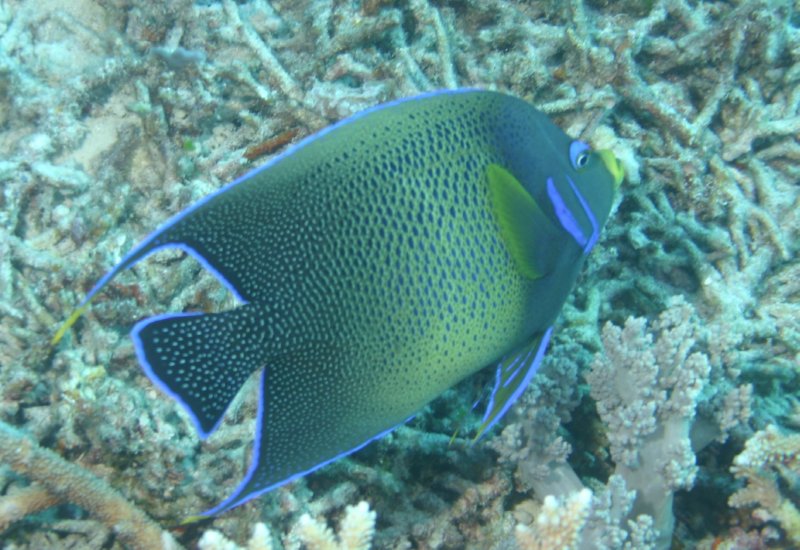 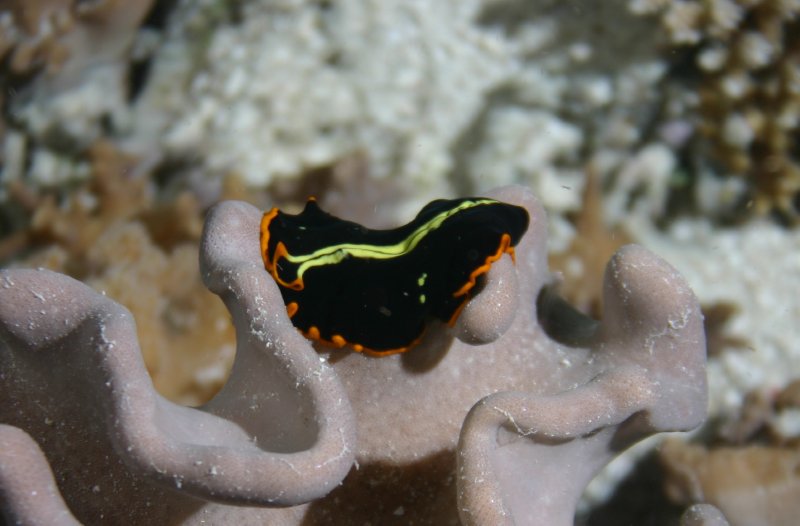 Posted by KobusM 02:06 Archived in Australia