The passenger ship SS Yongala was built in Newcastle-upon-Tyne, England, from 1902-1903. It was launched on 29 April 1903 and commissioned, along with a sister-ship Grantala, by the Adelaide Steamship Co, to meet the demand of the Gold Rush coastal routes around Australia in the early 1900s. En route from Melbourne to Cairns she steamed into a cyclone without a radio and sank south of Townsville on 23 March 1911. Traces of the ship were found days later as cargo and pieces of wreckage washed ashore, but no live rafts were found suggesting that the ship struck a reef and the ship sank almost immediately. All 122 people on board perished in what is considered one of the most tragic incidents in Australian maritime history. The only body ever found was that of the racehorse Moonshine that was on board, washed up at the mouth of Gordon Creek, not far from Ross Creek, Townsville. In the years that followed the disappearance of the Yongala, rumours began to surface about a ghost ship, exactly resembling the Yongala, being frequently seen moving in the distance in seas between Bowen and Townsville. It was only in 1958 that the wreck of the Yongala was discovered lying in waters south of Townsville, and it has since become renowned as an internationally acclaimed wreck diving destination.

I dived on the Yongala in 1998 as part of a 3 night live aboard dive trip out of Townsville and I remember it to be one of my best diving experiences. I was therefore keen to get back on the wreck and decided to do it from Ayr which is a shorter trip to get to the wreck than from Townsville. The dive boat launched from Alva Beach which is a 15 minute drive from Ayr, where we were staying, and reached the wreck 45 mintes later after a very rough ride to allow us to do two dives with a surface interval of an hour.

The Yongala lies in approximitely 30 meters of water with the upper sections of the wreck 16 meters below the surface. The wreck is 109 meters long and lays listing to starboard at an angle of about 60-70 degrees. This enchanted wreck has become home to an incredible array of marine life. As we decended to the wreck we saw giant gropers beneath the stern; schools of giant trevally and barracuda congregated around the wreck whilst sea snakes glided harmlessly past us on their way to the surface. We spotted many gracefully rays gliding past us and thousands of other creatures on the coral-encrusted structure. The wreckage is completely covered by a hundred years of coral growth but Cyclone Yasi has taken its toll on the Yongala with corals ripped from the wreckage, exposing the steel hull and the name. Penetration of the wreck is forbidden due to its fragility, but you can peer in from outside with a torch. It felt a little eerie diving on what is fundamentally a graveyard, although the only trace of human remains is the single femur bone that can be seen in the forward cargo hold. As we ascended to cover the port side, it was possible to peer into the bowels of the wreck to observe the cast-iron bath and toilets decorated with anemone, before gliding past the First Class dining-room which is now a huge coral grotto.

For me the Yongala has again lived up to its reputation as the best dive in Australia and one of the top 10 dives in the world and I recommend any diver not to miss it when visiting the Townsville/Ayr area or diving the Great Barrier Reef. Top 10 best dive sites in the world

Tomorrow we will travel further south to Airlie Beach from where we will explore the Whitsunday Islands and hopefully do a couple of dives there as well. 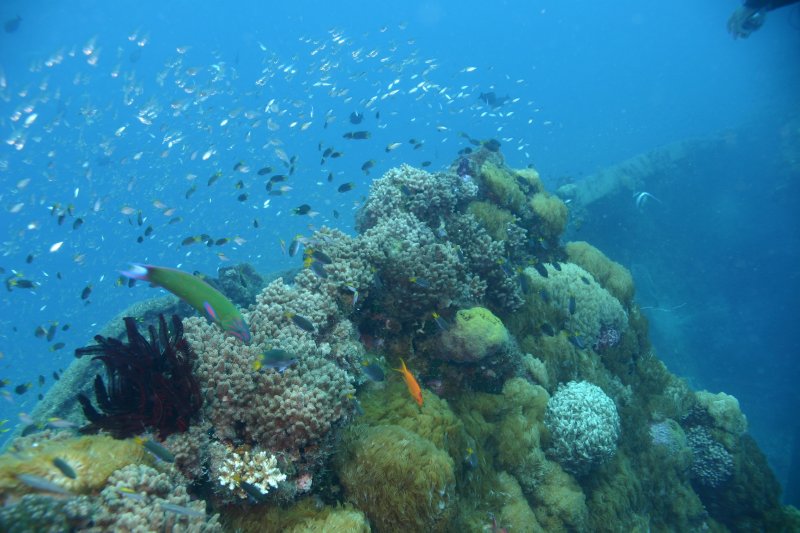 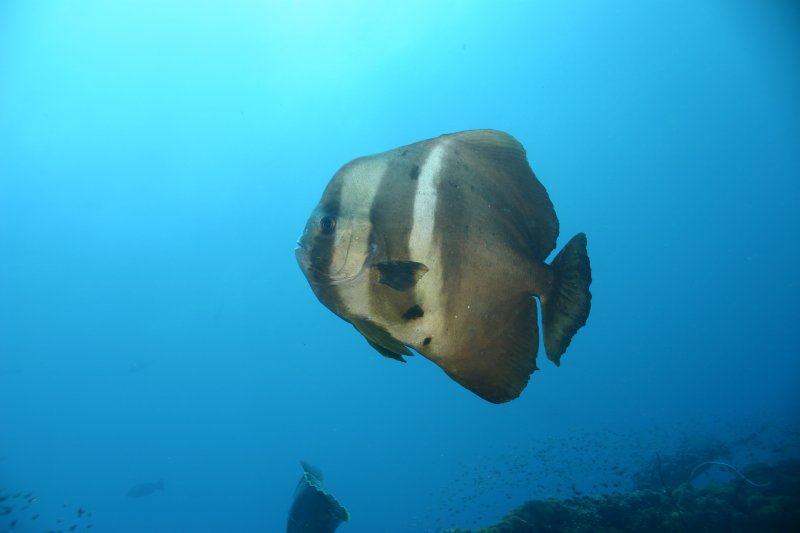 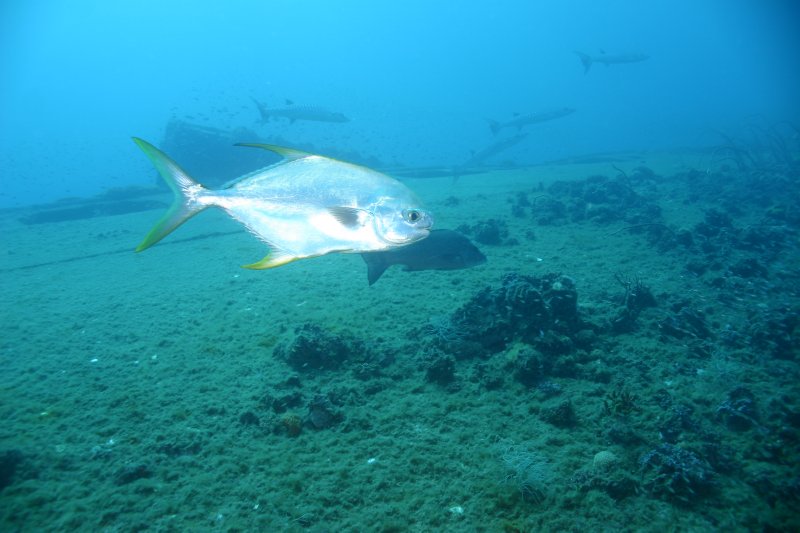 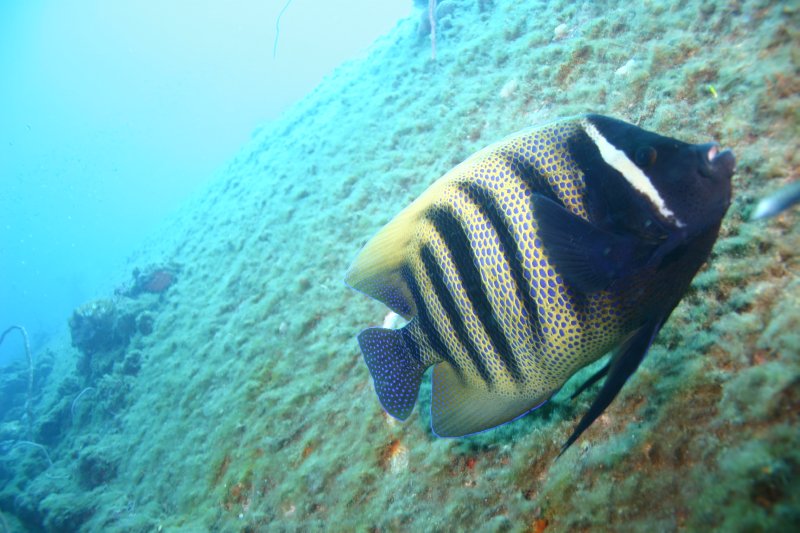 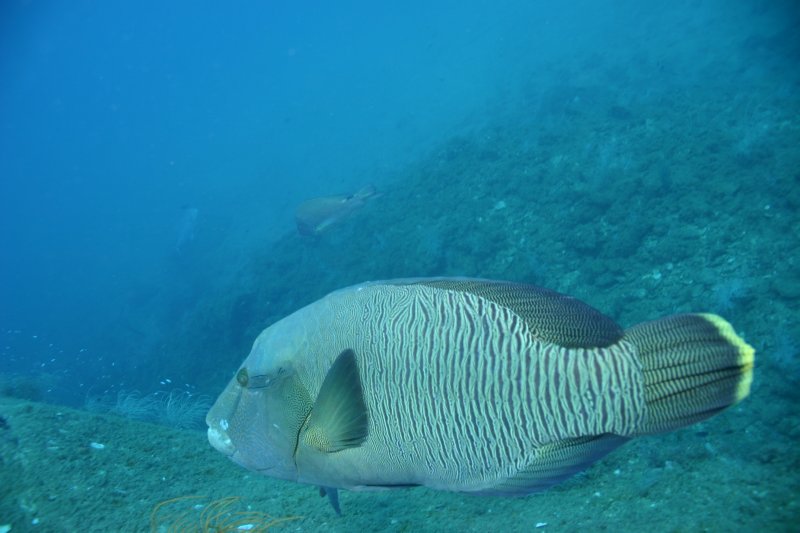 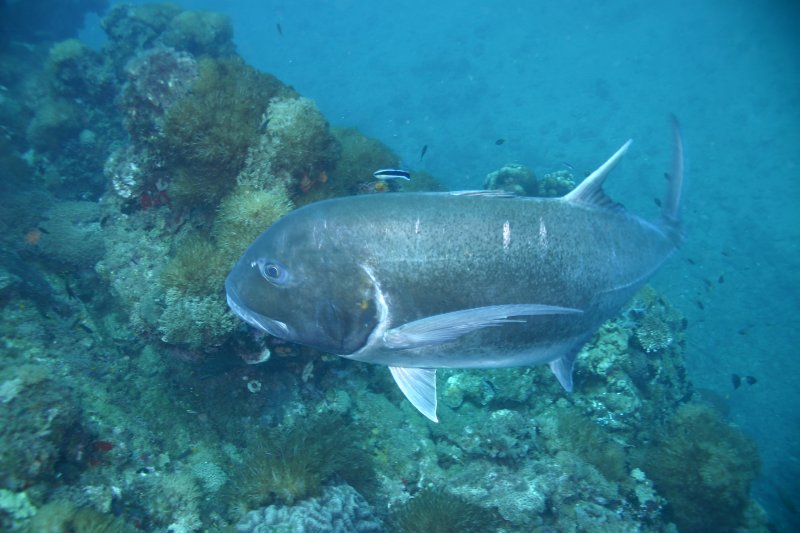 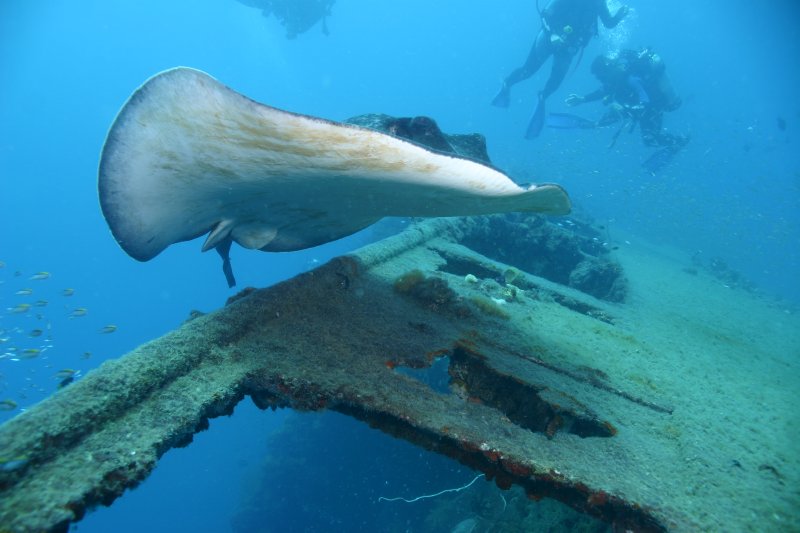 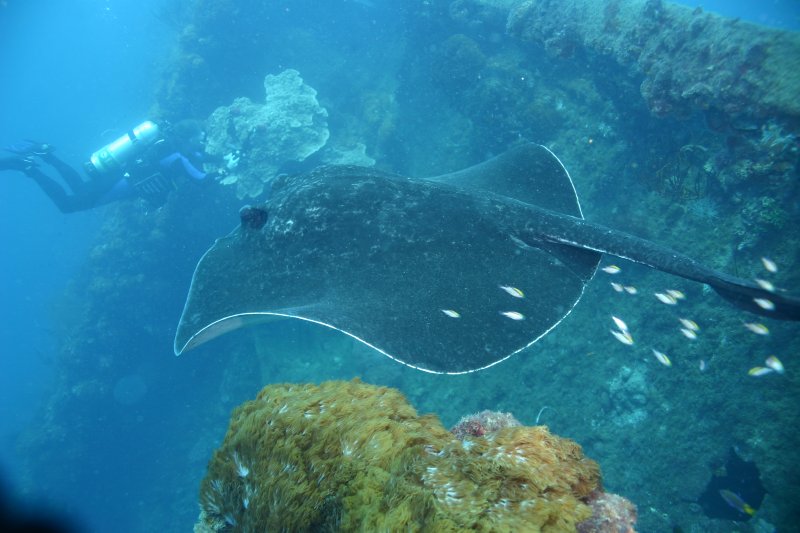 Black-blotched Stingray gliding over the wreck 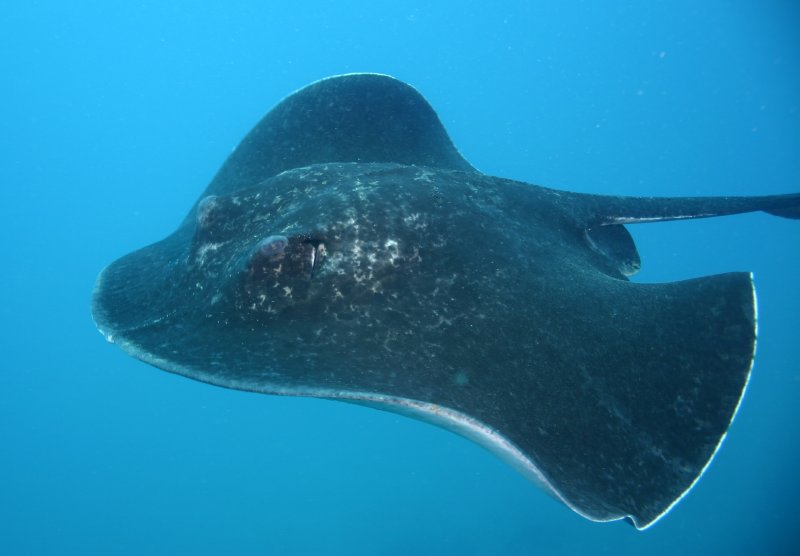 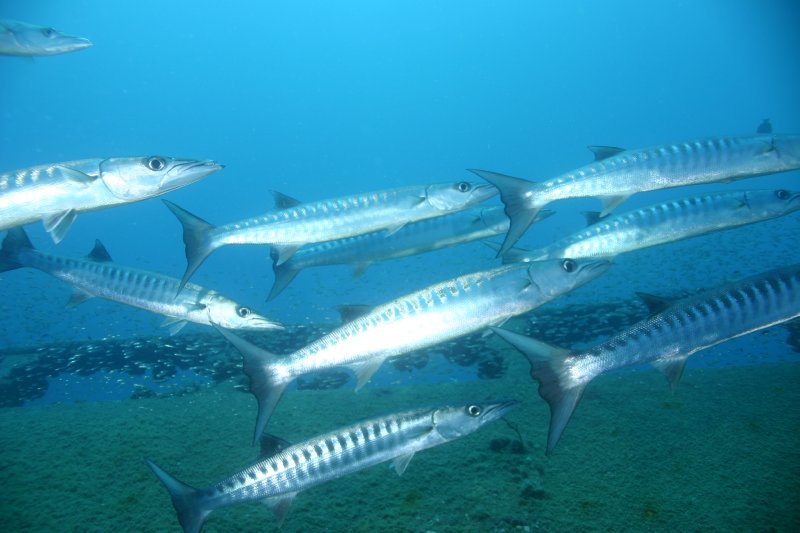 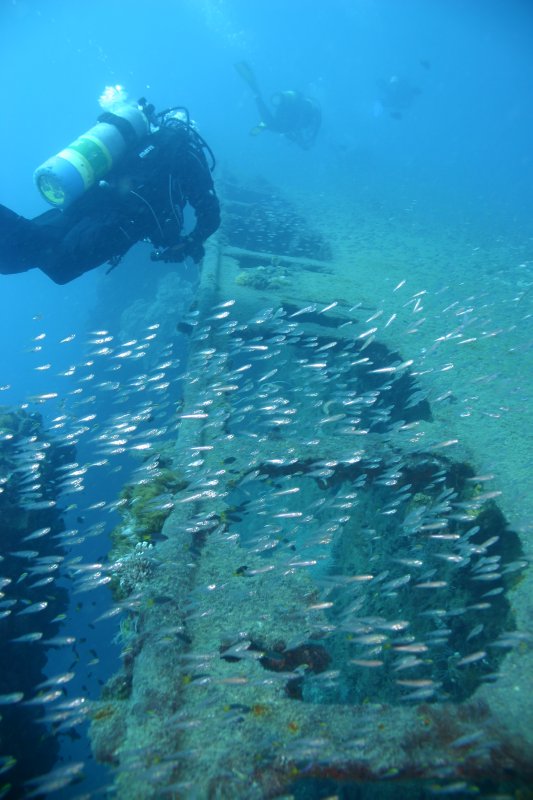 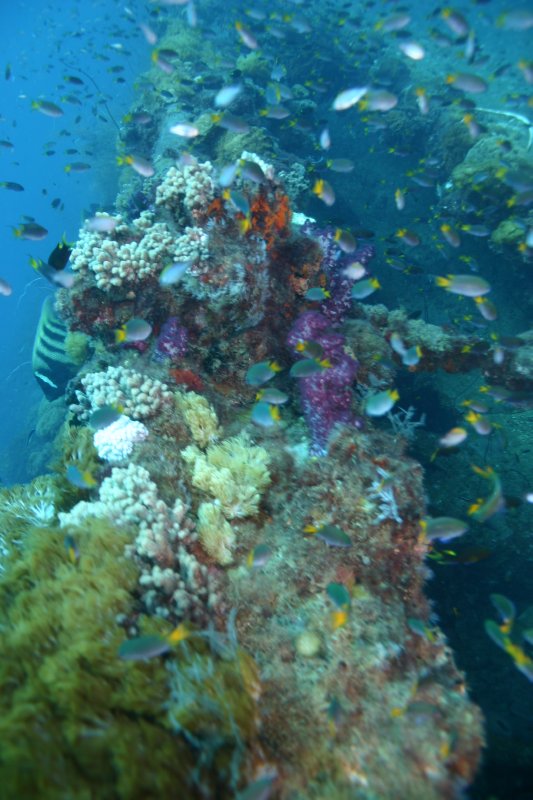 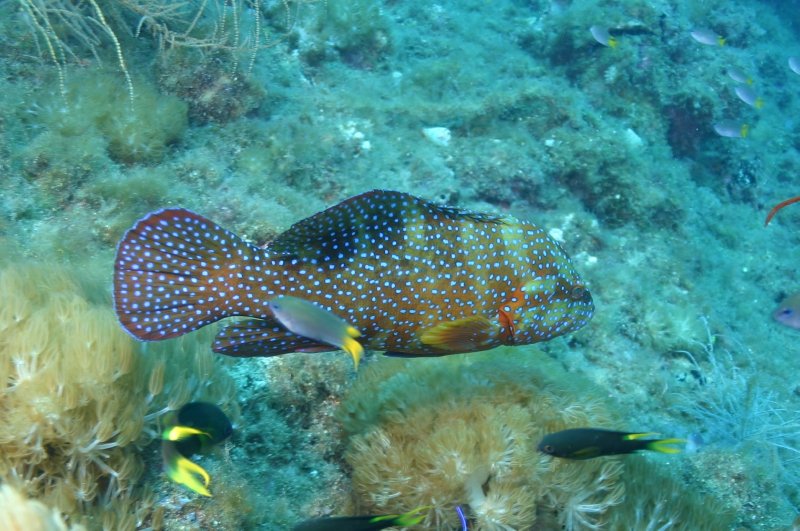 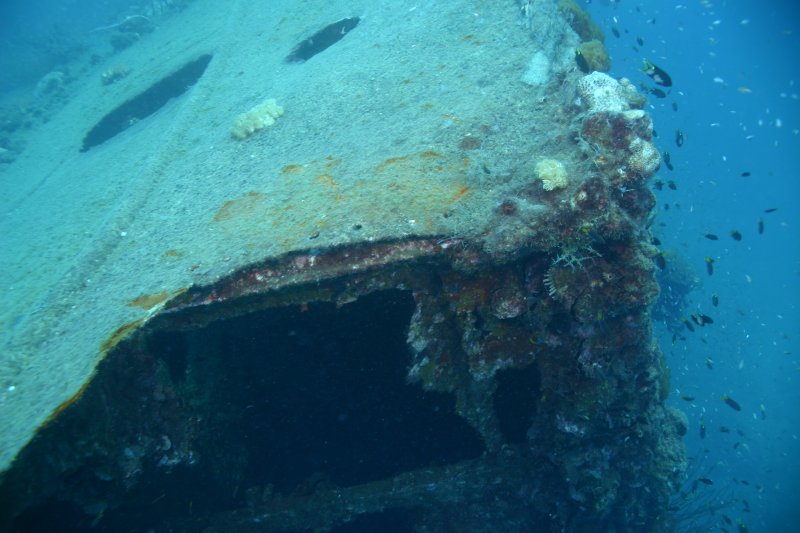 Posted by KobusM 00:35 Archived in Australia