I did a one day dive trip with ProDive from Port Douglas to the southern part of the Ribbon Reefs in the Great Barrier Reef, known as Agincourt reef. ProDive uses an ultra modern 29 metre catamaran called SilverSonic that cruises to the outer edge reef locations at Agincourt ribbon reef in superb style and comfort in just under an hour and a half. thye sea was very rough on the way to the reef and on the way back but the water was much calmer at the reef.

Agincourt Reef is at the very outer edge of the Great Barrier Reef about 20 nautical miles due east of Cape Tribulation and about 40 nautical miles from Port Douglas. Here, special reefs known as ‘ribbons’ run parallel to the Continental Shelf. Adjacent to the Coral Sea trench, these ribbon reefs are recognised as the most pristine eco-systems in the reef’s environment. Clear water provides the best possible underwater visibility, encourages rich coral growth and supports spectacular marine life.

Entering the dramatic beauty of the Great Barrier Reef is an extraordinary experience. It engages all your senses, lifts your spirit and takes you into another realm. My last dive on the Great Barrier Reef was in 1998 and I have forgotten how magnificent it is. We did 3 dives on three different sites on the reef and I enjoyed every minute of it. The day trip was intended as a refresher of my underwater photography skills that I will need when I do a 4 night live-aboard trip to the far northern Ribbon Reefs and Osprey Reef later in the week from Cairns. I also bought a new mask with stick-on bifocal lenses to allow me to see my gauges and my camera settings but they were not succesful, coming loose under water. All three dives were very nice, the first around a bommy, the second a drift dive and the third on the edge of the continental shelf. The most amazing sighting of fish was a huge local resident Napoleon Wrasse called Greg, that is is very tame and is a great model for photography. The Napoleon Wrasse is also called a Maori Wrasse here in Australia and the males can reach 2 meters in length and Greg is close to that.

On 4 September 2006, entertainer Steve Irwin a.k.a. "Crocodile Hunter" died at Batt Reef, off Port Douglas, after a stingray barb went through his chest into his heart while Irwin and his crew were filming a documentary called The Ocean's Deadliest. Irwin was filmed snorkelling directly above the stingray when it lashed him with its tail, embedding its toxic barb. Irwin died almost immediately. We only saw small stingrays on these dives but I must admit I have previously dived directly over huge stingrays before this incident with Steve. I will obviously not do that again. 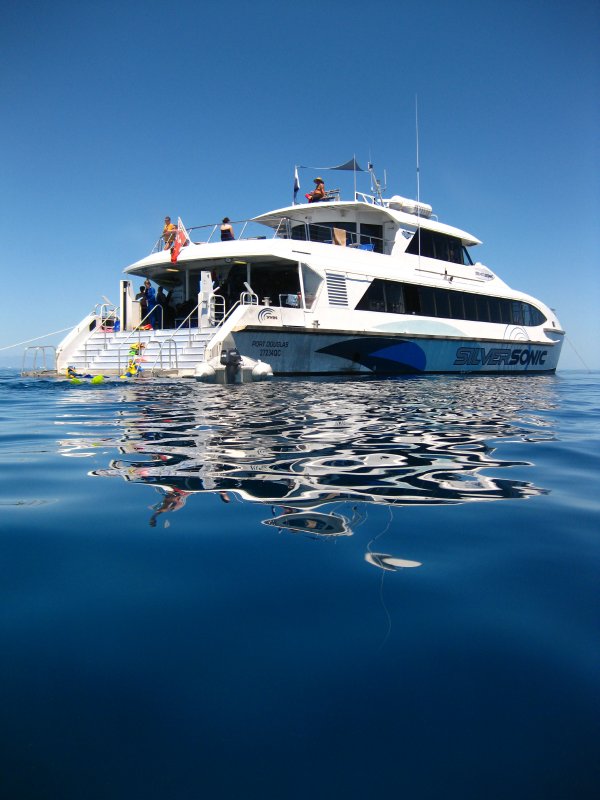 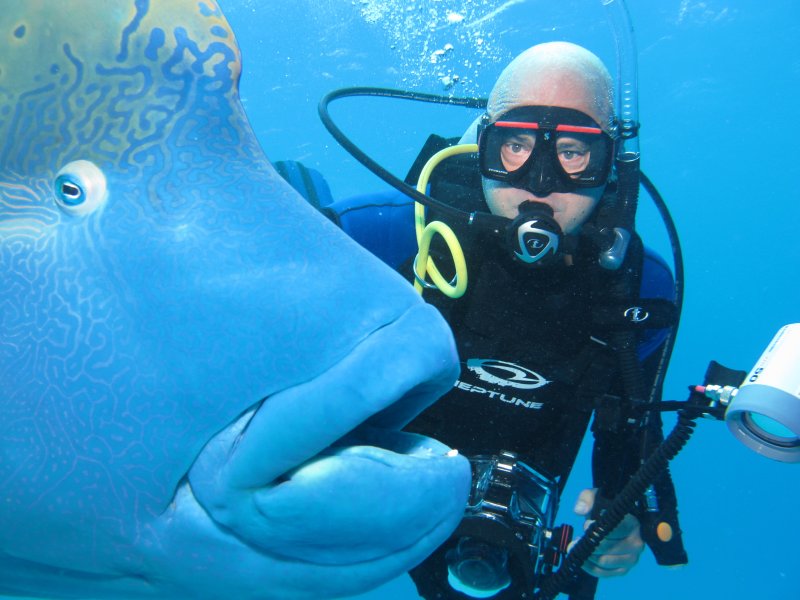 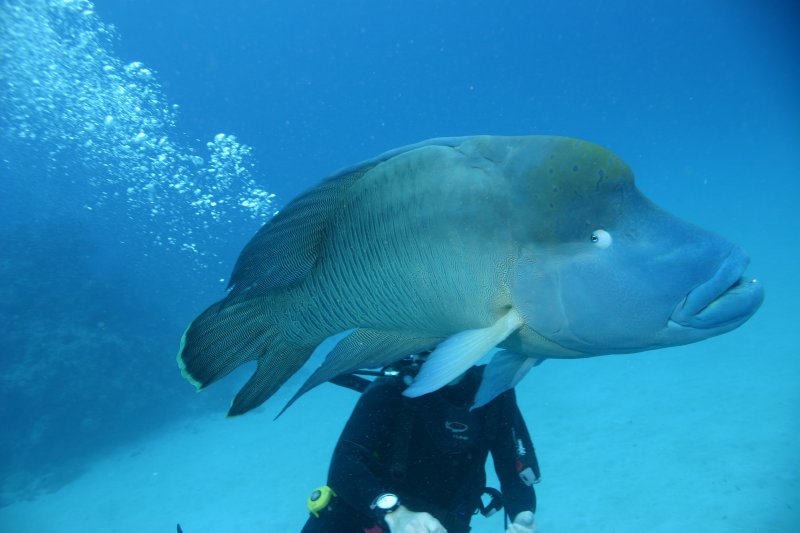 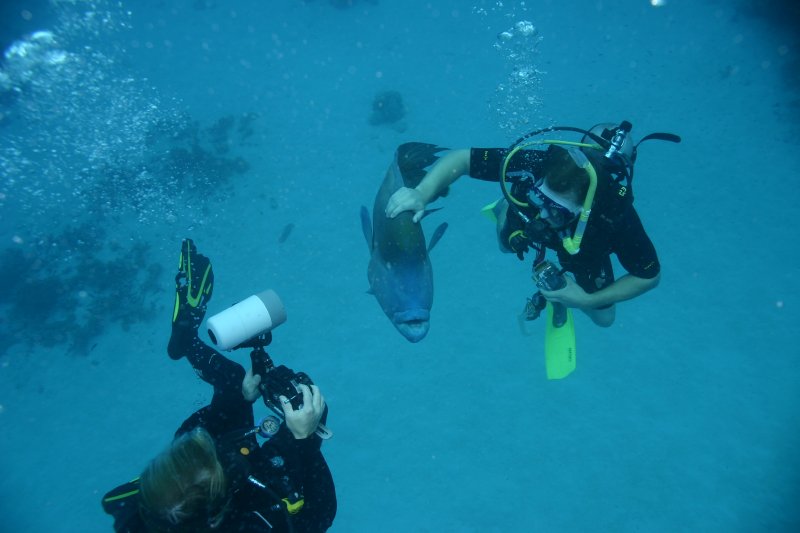 Tame as a pet 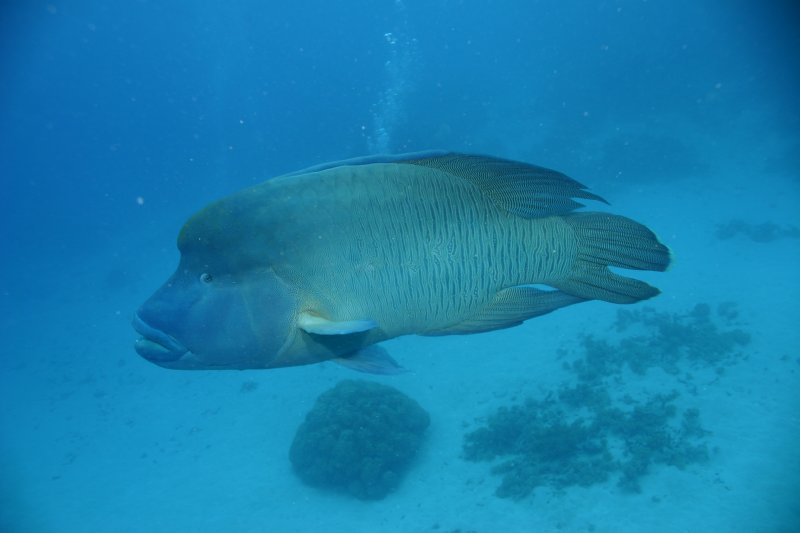 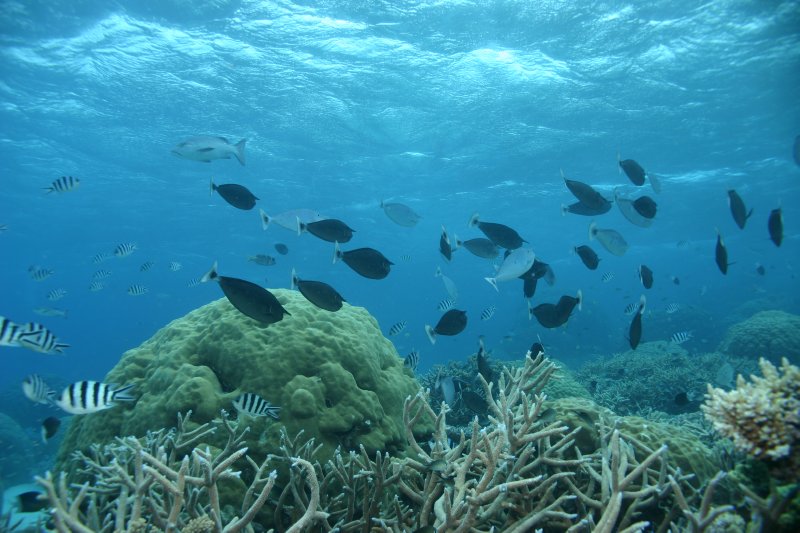 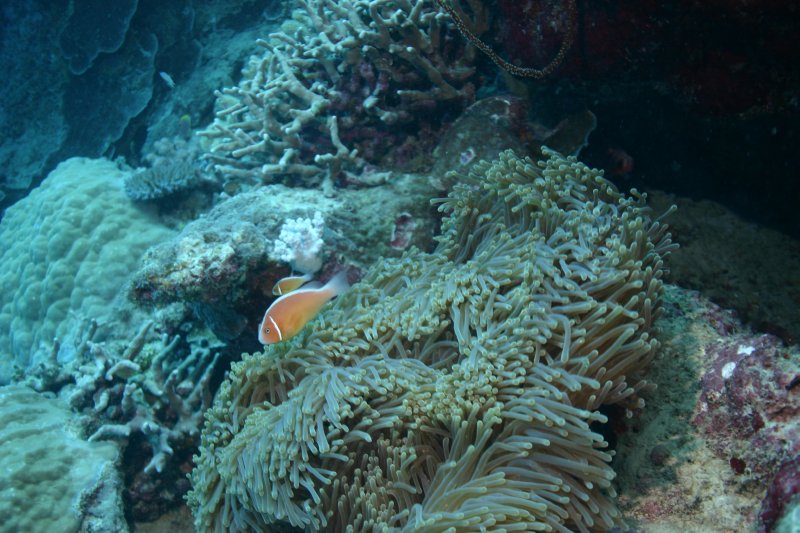 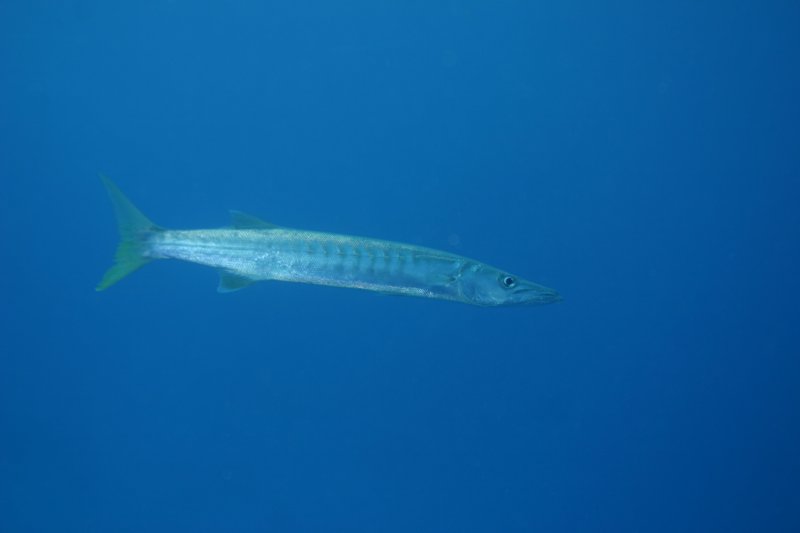 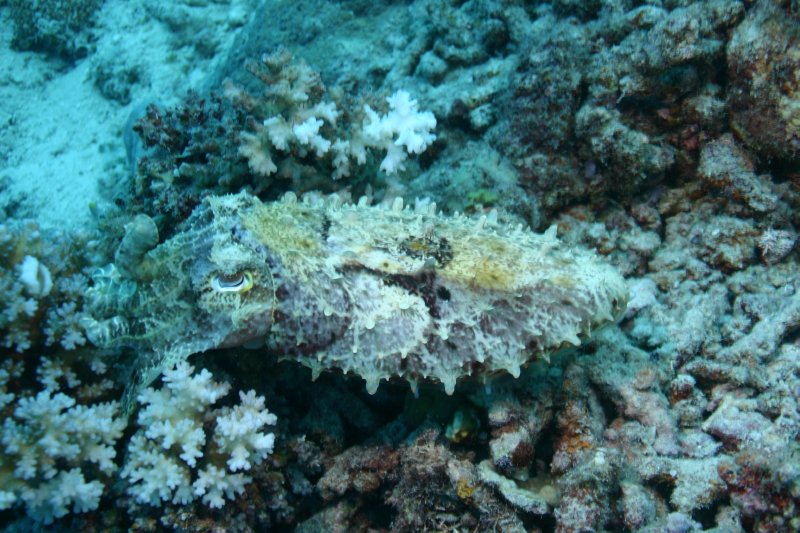 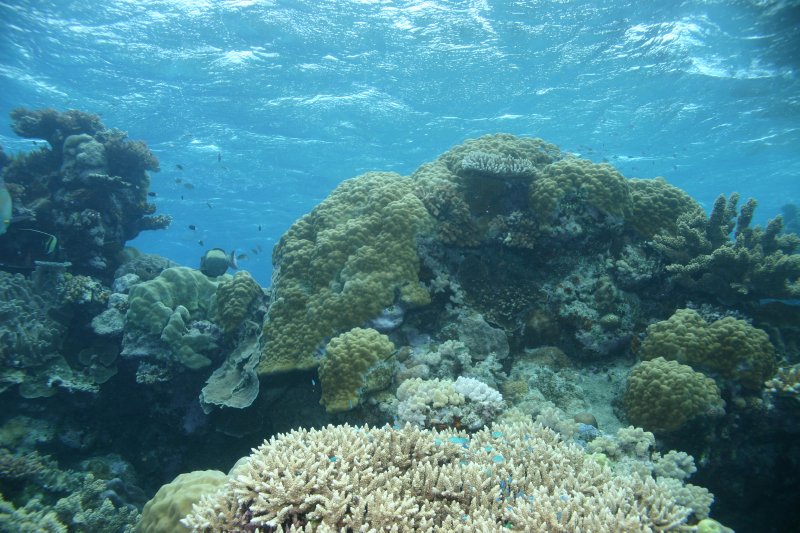 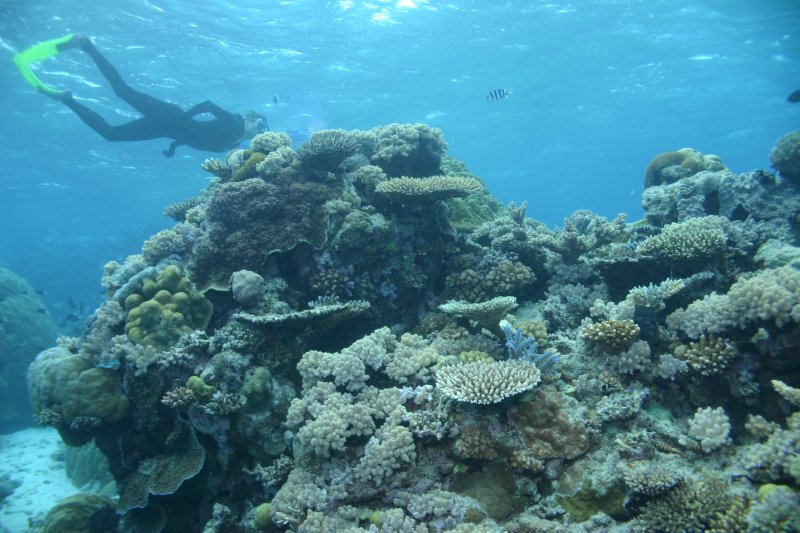 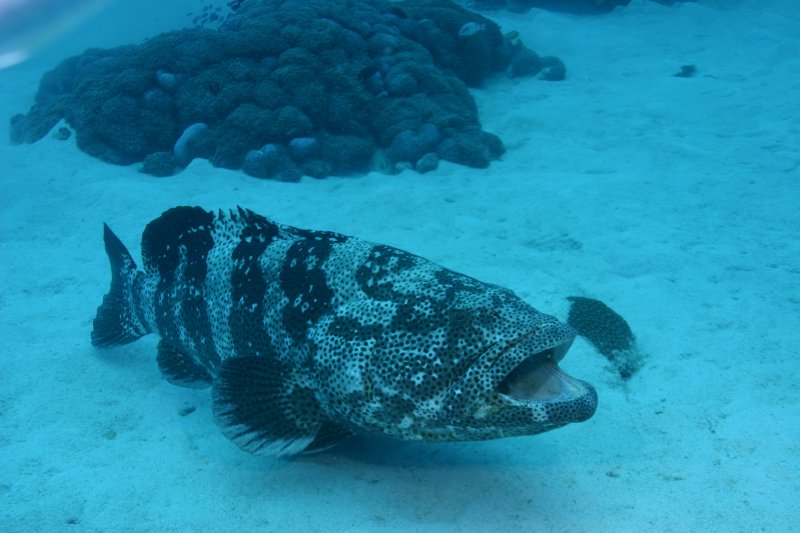 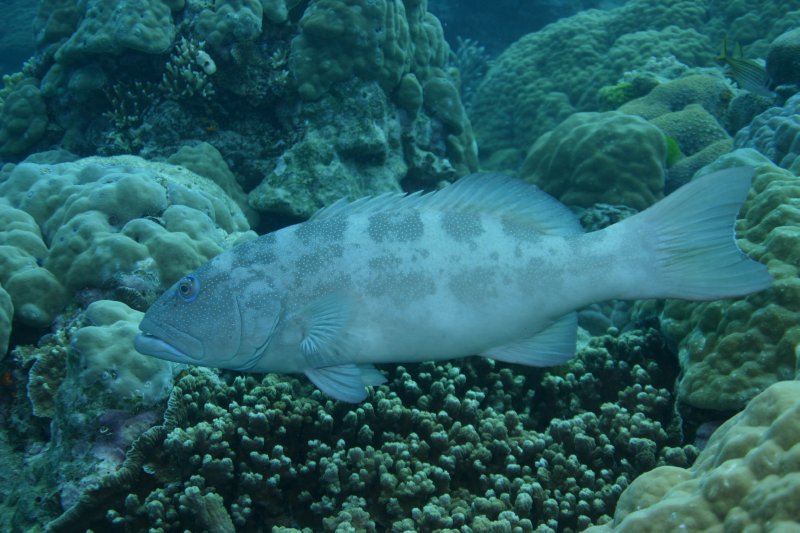 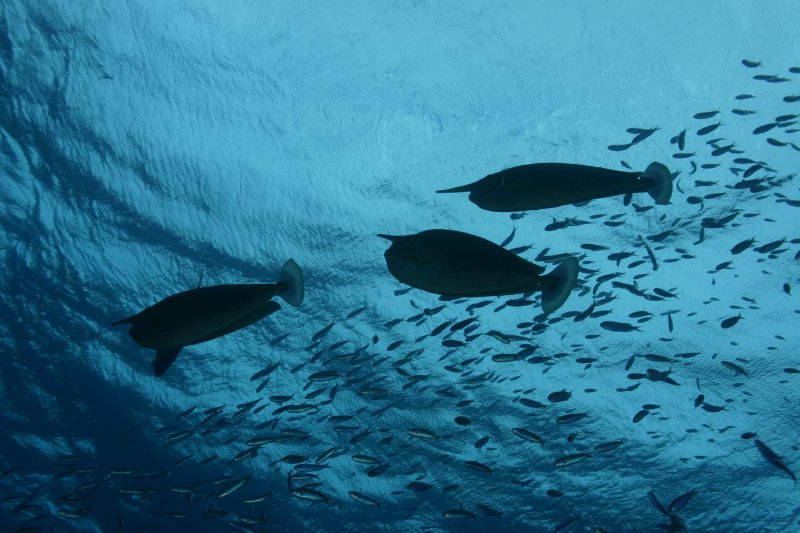 Posted by KobusM 01:58 Archived in Australia