We travelled south from Cooktown to Cape Tribulation and had a brief stop at Black Mountain National Park to take photos of the spectacular treeless mountain with its huge black boulders. From there we took the coastal shortcut through Bloomfield, crossing the Bloomfield River at Wujal Wujal. Up to Wujal Wujal the road was mostly sealed and the unsealed parts fairly good. That changed rapidly once we crossed the Bloomfield River. The road, called the Bloomfield Track, was narrow, very rough in places, winding through the rainforest and crossed numerous creeks with many very steep hills that took all the power of the Land Cruiser to tow the Quantum to the top without having to change to 4WL. The downhills were just as hairy and I was glad the Quantum had electric brakes. It is not the worst track we have travelled, but certainly the steepest.

We camped at Noah Beach, 7 km south of Cape Tribulation in the Daintree National Park for five nights. The campsite is situated 50 m from the beach beneath the dense rainforest canopy, which gives protection from both the wind and the sun, but that makes the use of solar panels more restrictive. We often saw lace monitors (goannas) and brush turkeys patrolling the campgrounds for food scraps.

Daintree National Park features long sandy beaches, rocky headlands, steep mountain ranges blanketed with dense tropical rainforests and intersected by numerous creeks and rivers. One of Australia's last extensive stands of lowland rainforest is found here. Daintree National Park is in the Wet Tropics World Heritage Area (WTWHA). Proclaimed in 1988, the WTWHA extends for about 450 km between Cooktown and Townsville. Vegetation in the area's 900,000 ha includes tropical rainforest, open eucalypt forests, wetlands and mangrove forests. About 30% of Australia's reptile, marsupial and frog species, 65% of the country's bat and butterfly species, and 20% of Australia's native bird species can be found within the Daintree National Park. The Daintree Rainforest is the largest rainforest in Australia, covering an area of about 1,200 square kilometers. Around Cape Tribulation there are two boardwalk tracks that give you easy access to experience the rainforest.

Cape Tribulation was given its European name by Lieutenant James Cook after his ship, Endeavour, was damaged on a reef in the area in 1770. Cook wrote: 'I named the north point Cape Tribulation because here began all our troubles'.

From Noah Beach we travelled south through large parts of the Daintree rainforest and crossed the Daintree River by ferry on our way to Port Douglas. 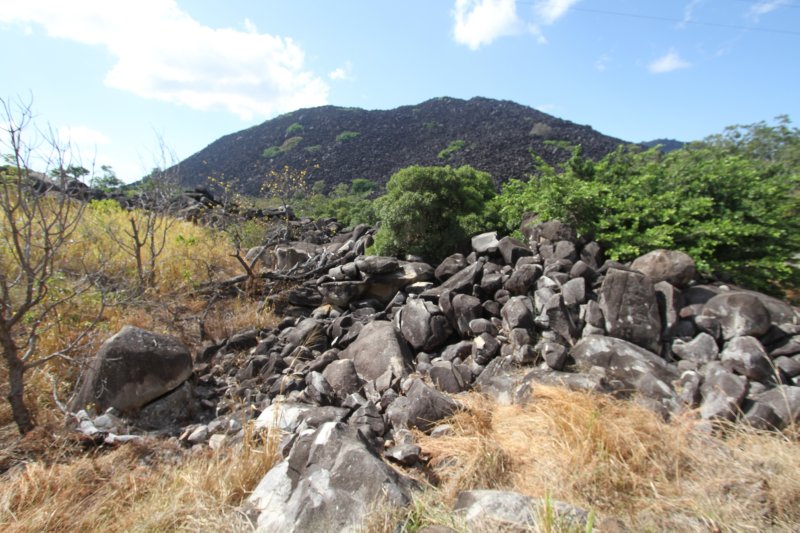 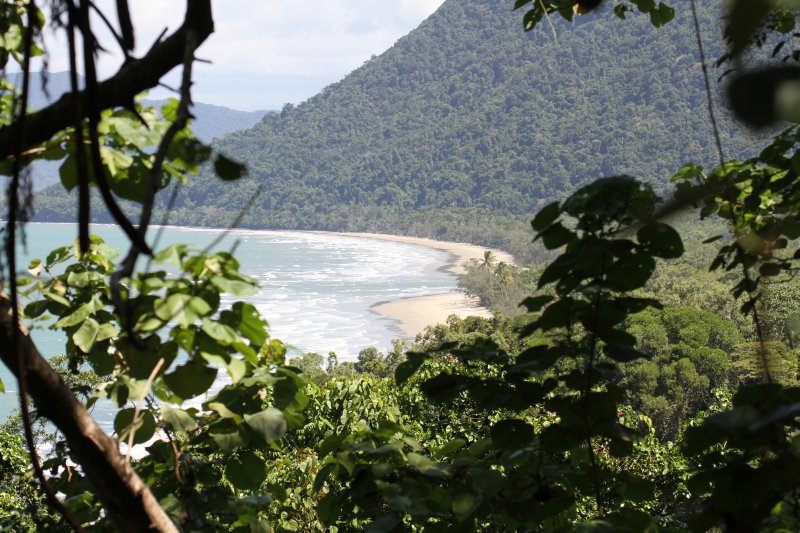 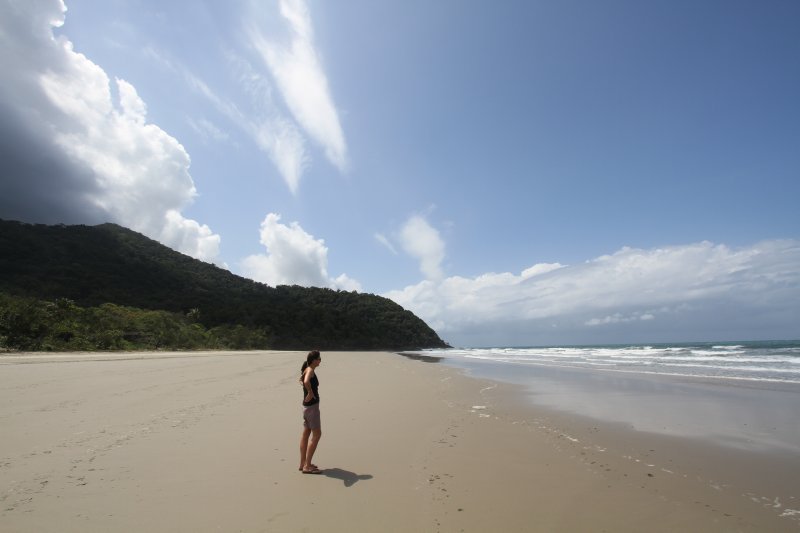 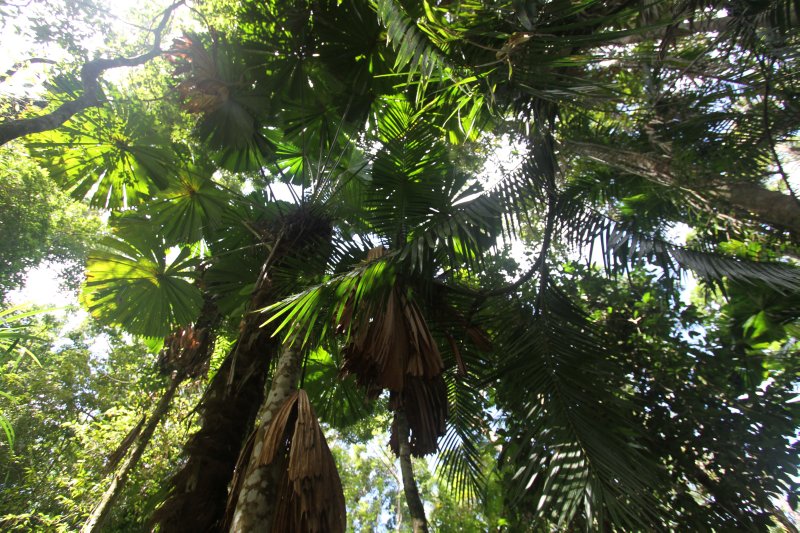 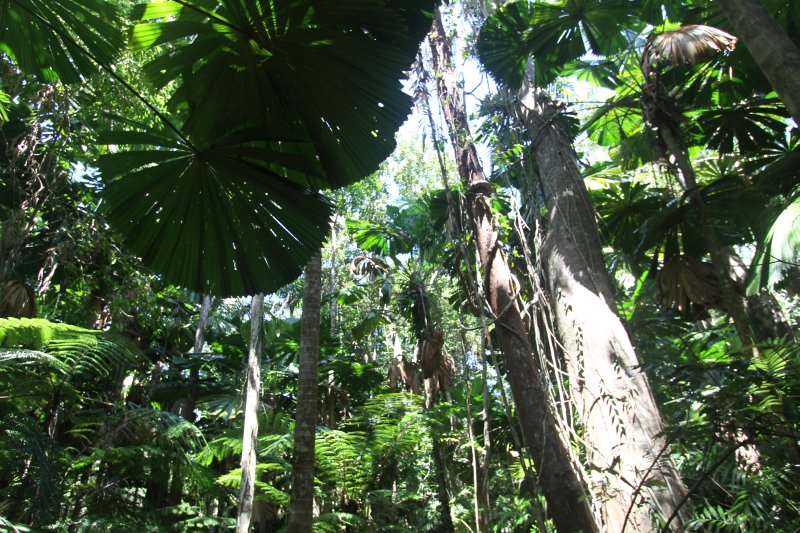 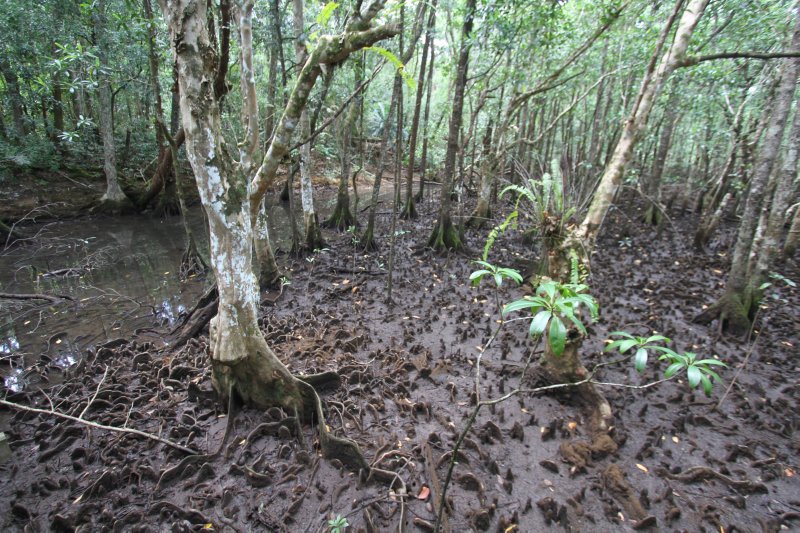 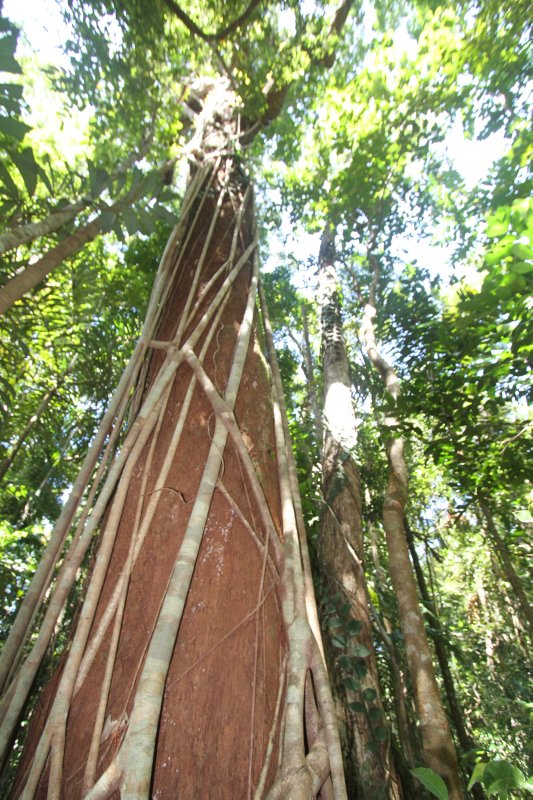 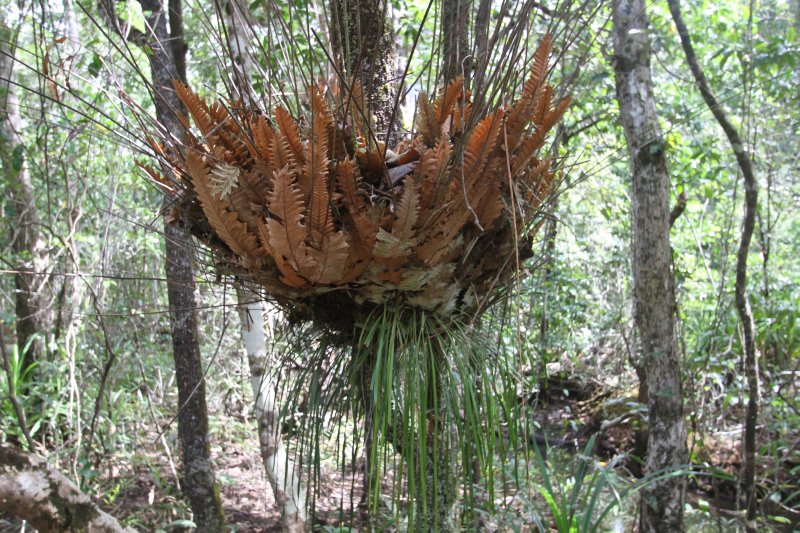 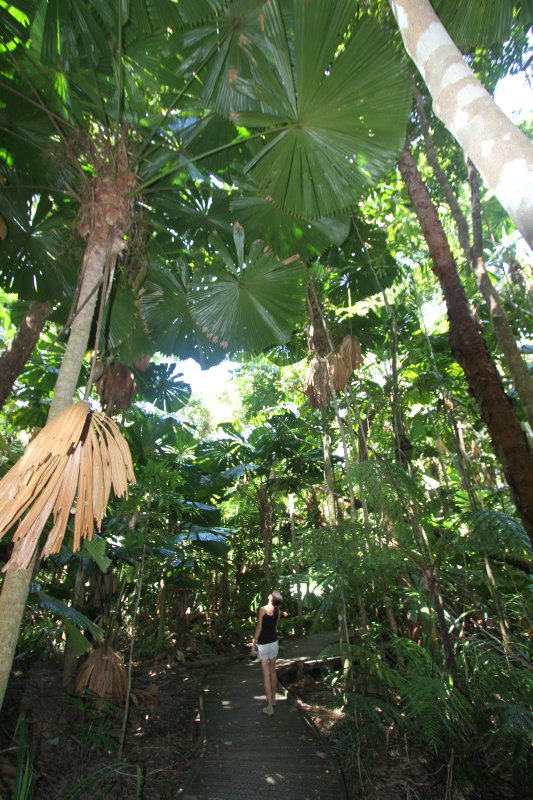 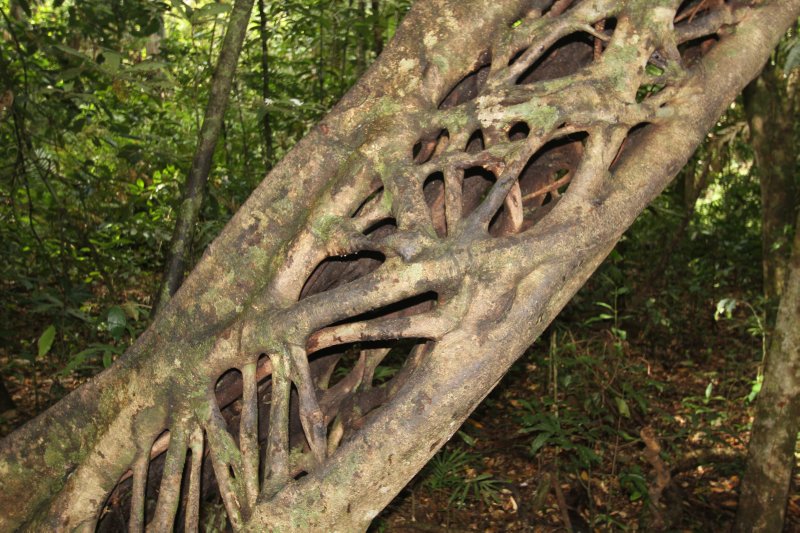 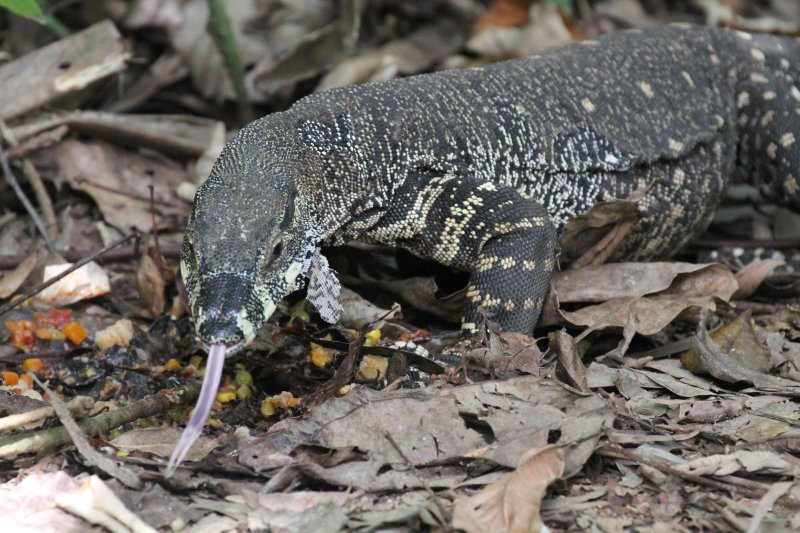 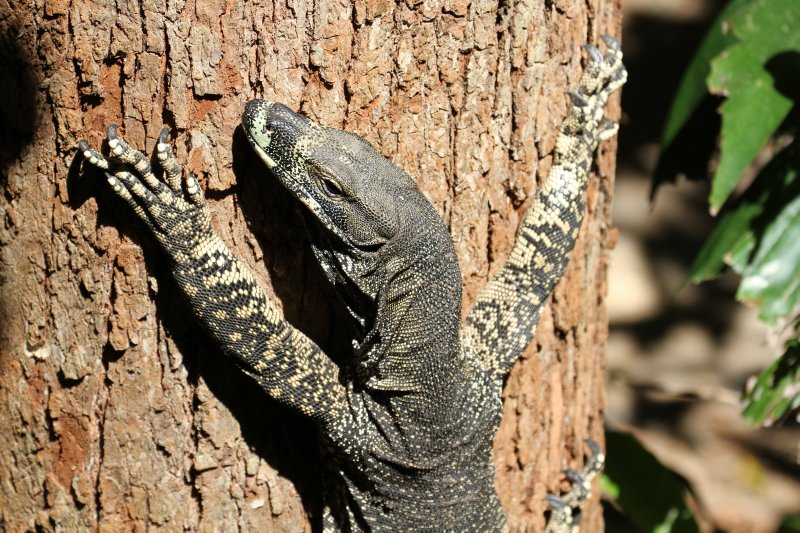 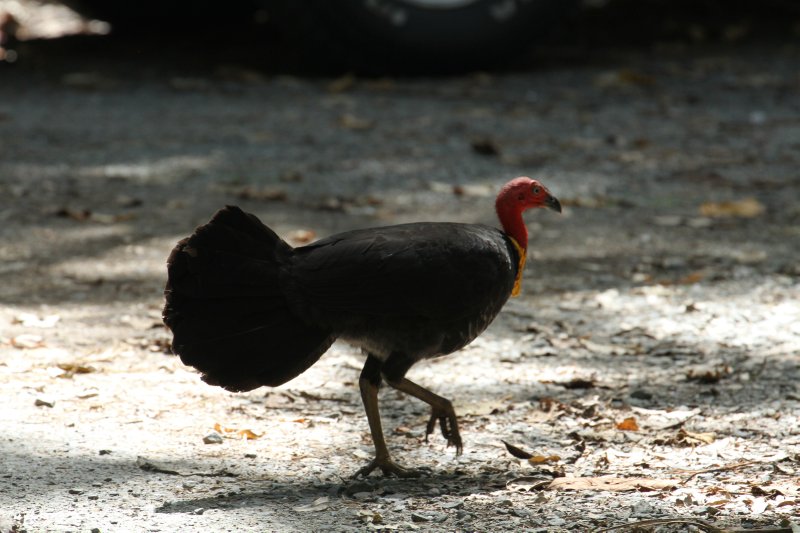 Posted by KobusM 00:58 Archived in Australia