Jardine River National Park is in the remote northern tip of Cape York Peninsula and is a boundless wilderness of tall dense bushland and patches of rainforests. The vegetation has dense foliage, twisting vines and a tall canopy. It has many rivers descending precipitous slopes running down to the sea of which the Jardine River is the biggest. The park contains several stunning waterfalls and rock pools, including Twin Falls, where the waters of Eliot River and Canal Creek meet, Fruit Bat Falls, The Saucepan and Eliot Falls.

We accessed the park from the south via the Telegraph and Southern Bypass Roads and the last 7 km on the Old Telegraph Track which is very rough and strictly high-clearance 4WD with a deep crossing (750 mm) at Scrubby Creek. We camped at the Eliot Falls campsite for two nights. The campsite is nestled in woodland between Canal and Eliot creeks, close to the famed scenic Eliot and Twin falls, a fantastic spot to camp or to swim in the deel plunge pool at The Saucepan. We also visited Fruit Bat Falls south of Eliot Falls.

Many of the plants and animals in Jardine River National Park are found nowhere but it Cape York and New Guinea. Eclectus parrot, cuscus, green tree python, palm cockatoo, Australian bush turkey with purple collars and carnivorous tropical pitcher plants are only some of the examples. We saw Australian bush turkeys (the ones with purple collars) and bandicoots at night.

From Eliot Falls we could not travel the rest of the Old Telegraph Track north because the steep, slippery creek crossings that are not suitable for large trailers or off-road caravans, in fact some 4WDs battle to get through on their own. So we backtracked the 7km on the Old Telegraph Track south to get to the Southern Bypass Road that took us to the ferry at the Jardine River crossing, the only way to get to the most northen tip of Cape york. The Land Access and Ferry fare is pricy at $99 return but we decided not to try to avoid the fee by crossing the river. I understood from blogs on the internet that the river crossing is dangerous and full of hidden holes and you cannot walk to inspect it due to the crocodiles in the river. The famous Jardine River ferry doesn't really rank up there with the best for transport experiences but it is the gateway to the delights of the Tip of Cape York.

We travelled north to Bamaga on badly corrugated roads where we took a detour to see the WWII DC-3 plane wreck that crashed here in 1945, killing all on board.

From Bamanga we travelled the last 25km to Punsand Bay at the Tip of Cape York where we will camp for 7 days. We have finally arrived at the top of Australia! 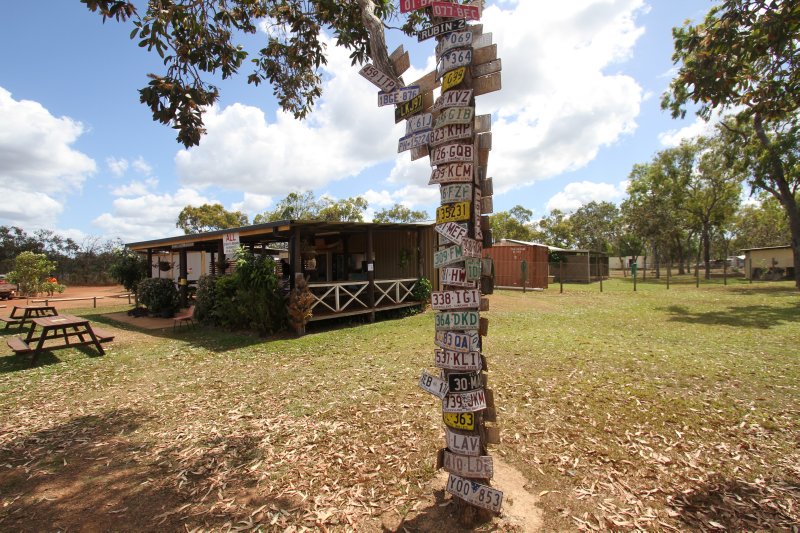 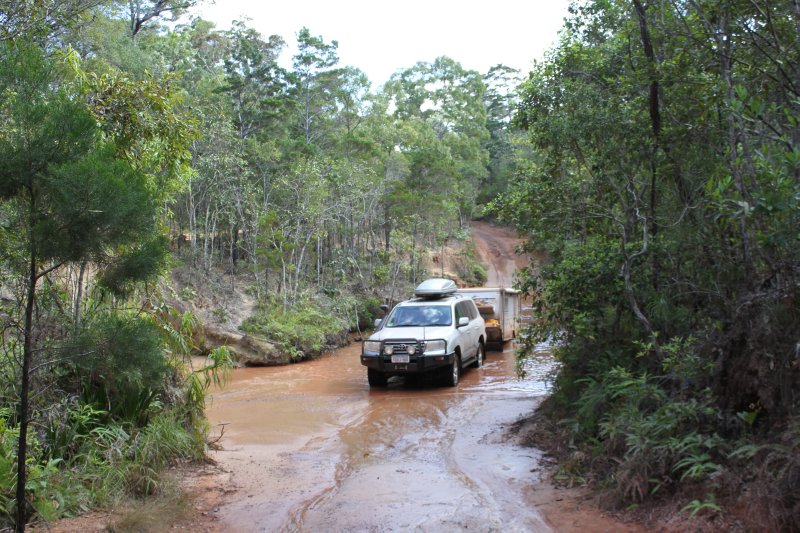 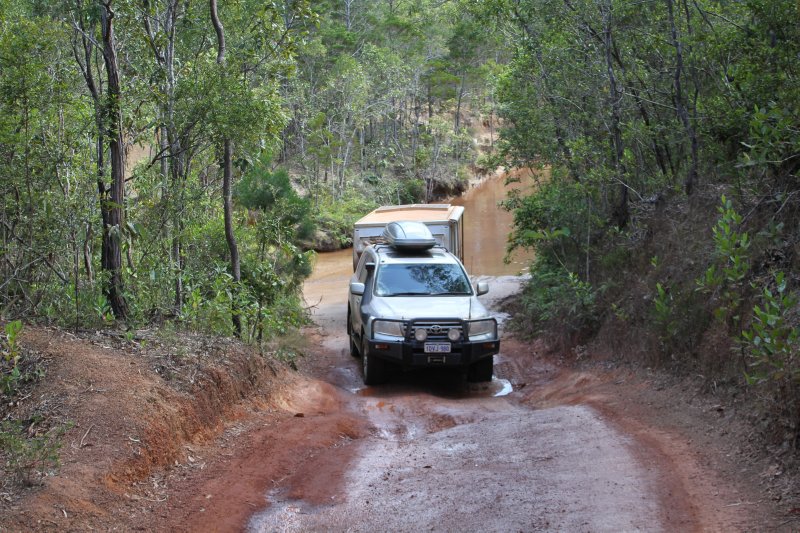 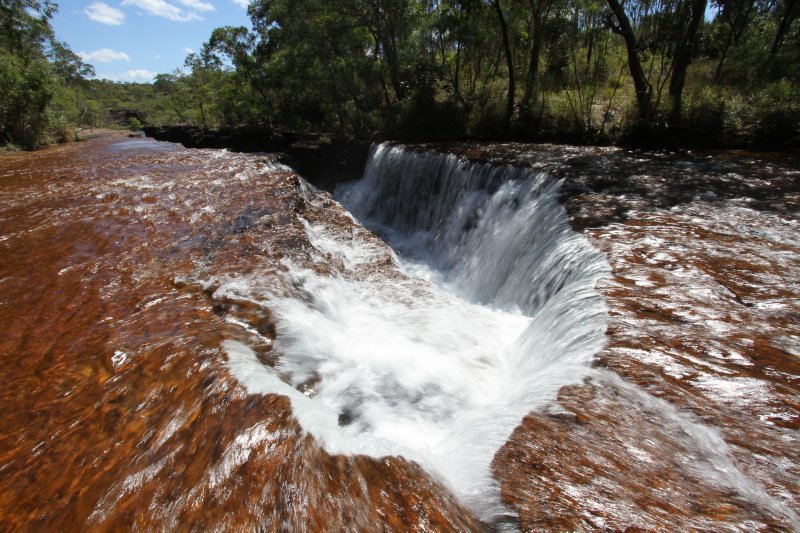 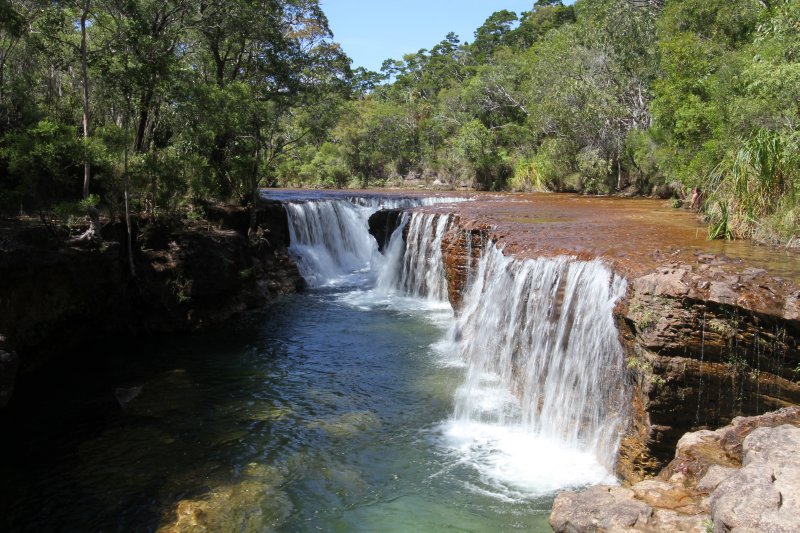 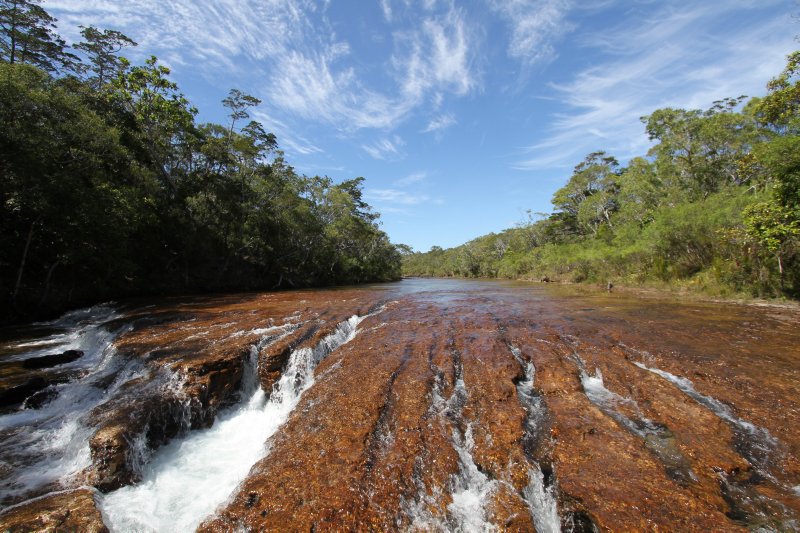 Eliot Creek upstream from the Saucepan 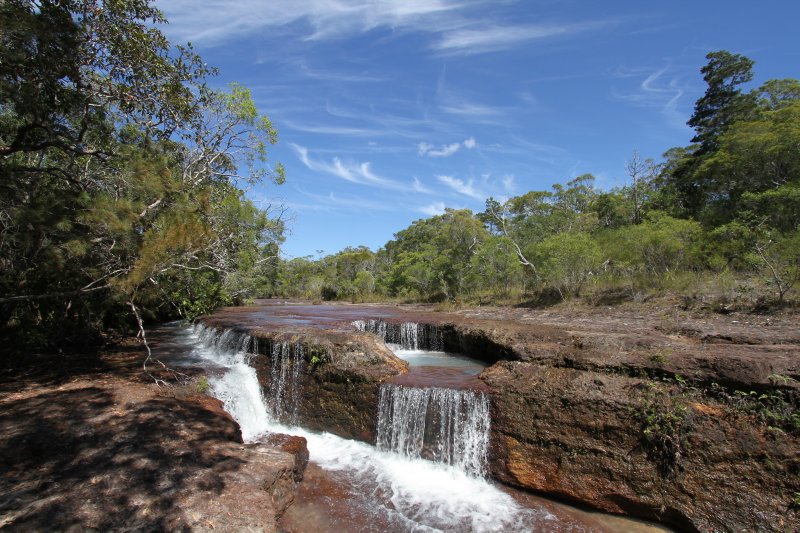 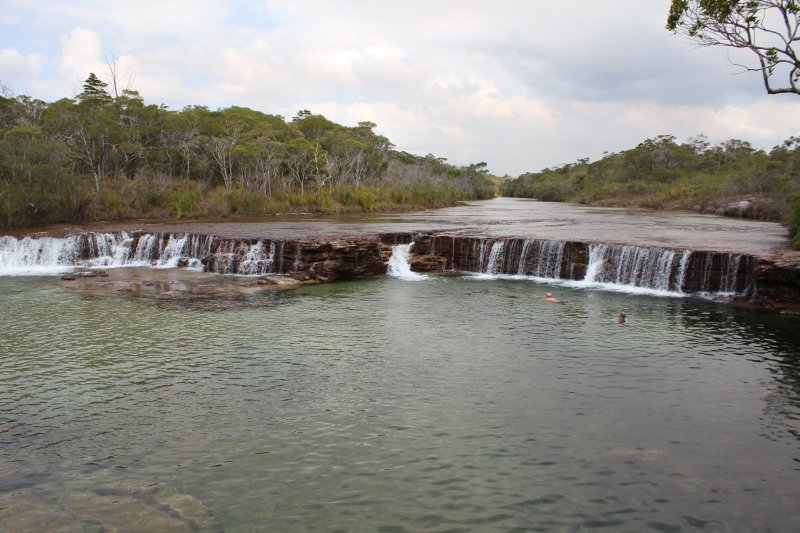 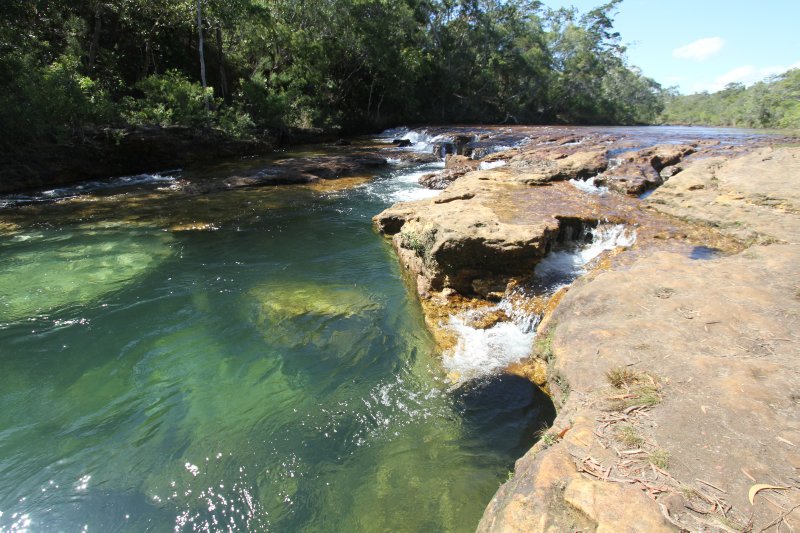 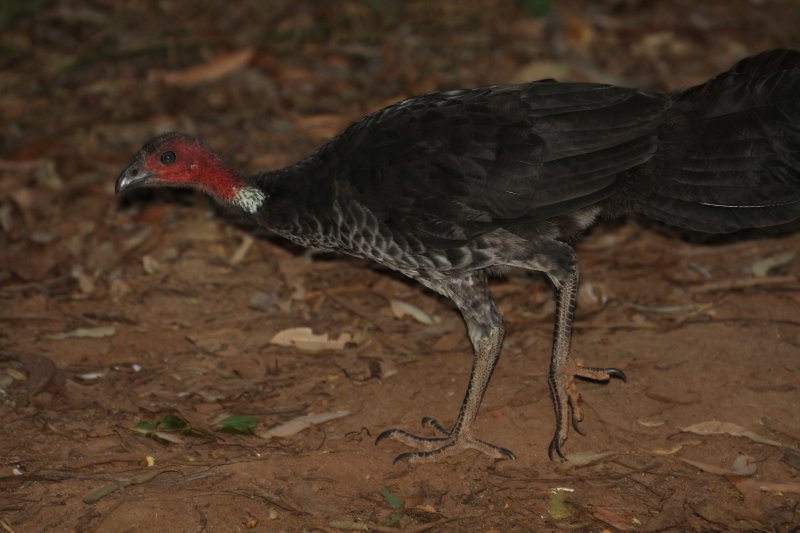 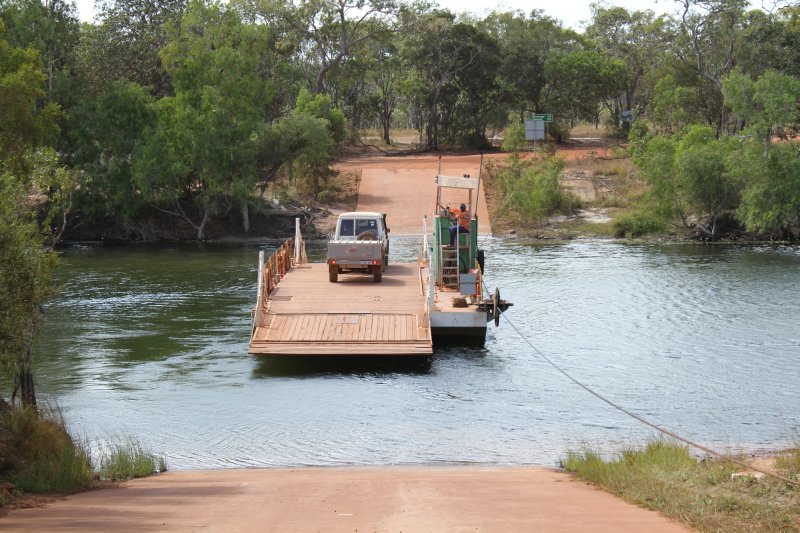 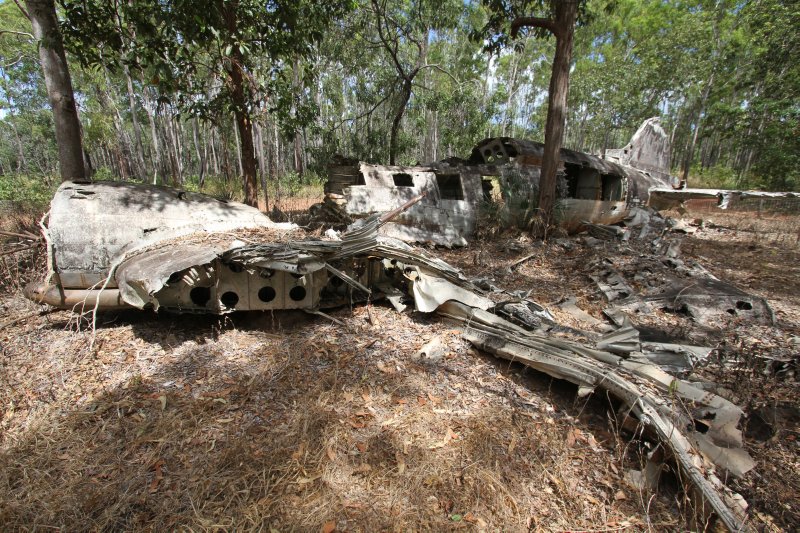 Posted by KobusM 03:31 Archived in Australia