Weipa is the largest town on the Gulf of Carpentaria coast of the Cape York Peninsula. Weipa began as a Presbyterian Aboriginal mission outpost in 1898 but it only became established as a town after a geologist, Henry Evans, in 1955 discovered that the red cliffs on the Aboriginal reserve were actually enormous deposits of bauxite (the ore from which aluminium is made) and to a lesser extent tungsten. The bauxite mine is the world's largest and is owned and run by Rio Tinto Alcan.

Weipa is just south of Duyfken Point, a location agreed to be the first recorded point of European contact with the Australian continent. Dutch explorer Willem Janszoon, on his ship the Duyfken, sighted the coast here in 1606. This was 164 years before Lieutenant James Cook (later promoted to Captain) sailed up the east coast of Australia.

Weipa is also known for its excellent fishing and I gave it another try without success, the tides were not right for fishing.....

The waters around Weipa are placid and inviting but also the home of many saltwater crocodiles. We saw a huge one laying on a sandbank in Albatross Bay and I managed to get close enough to take a photo. There are also many sea birds feeding in the shallow water.

The weather was nice, a balmy 31-32 degrees with bright sunshine, not too bad for winter.

From Weipa we will travel further north via the Telegraph Road and Old Telegraph Track to Jardine River National Park in the tip of the Cape York Peninsula. 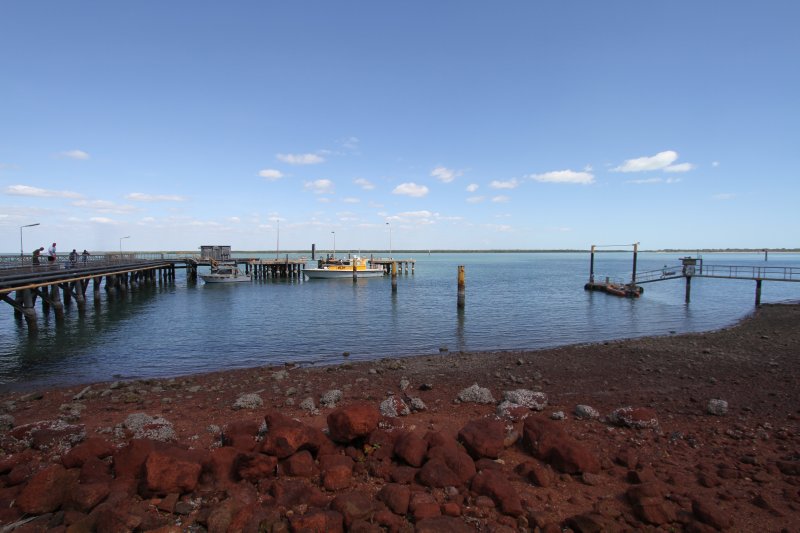 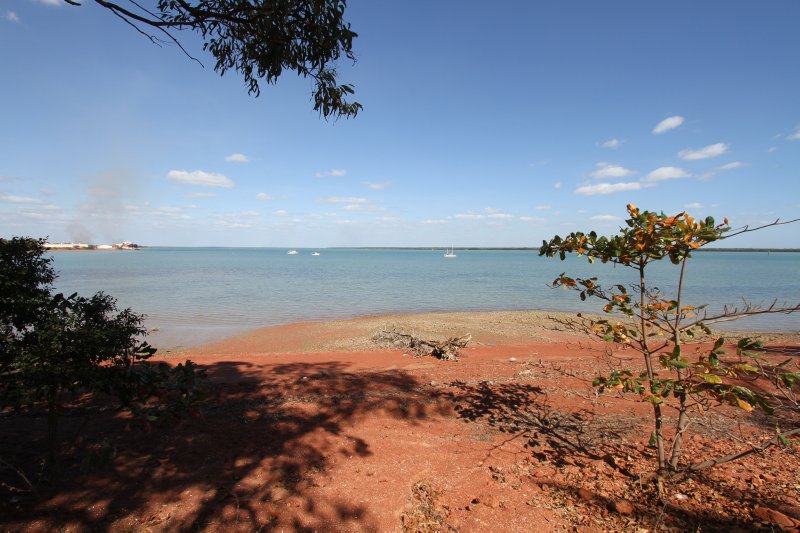 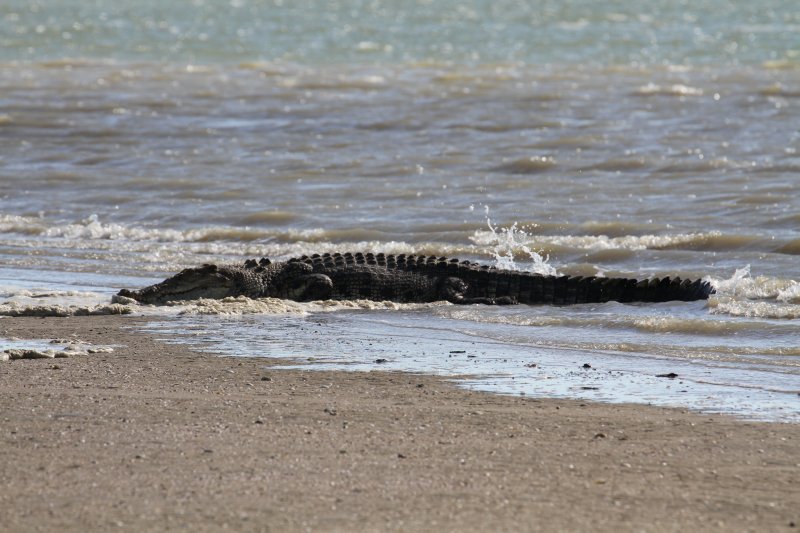 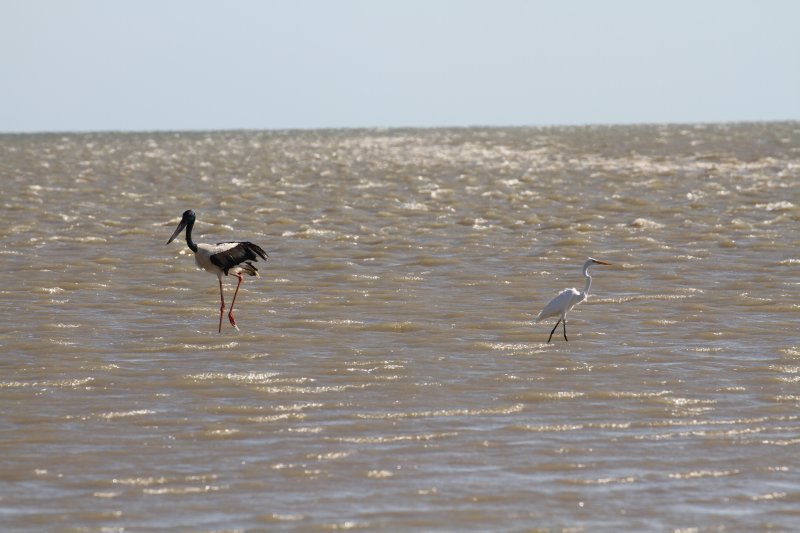 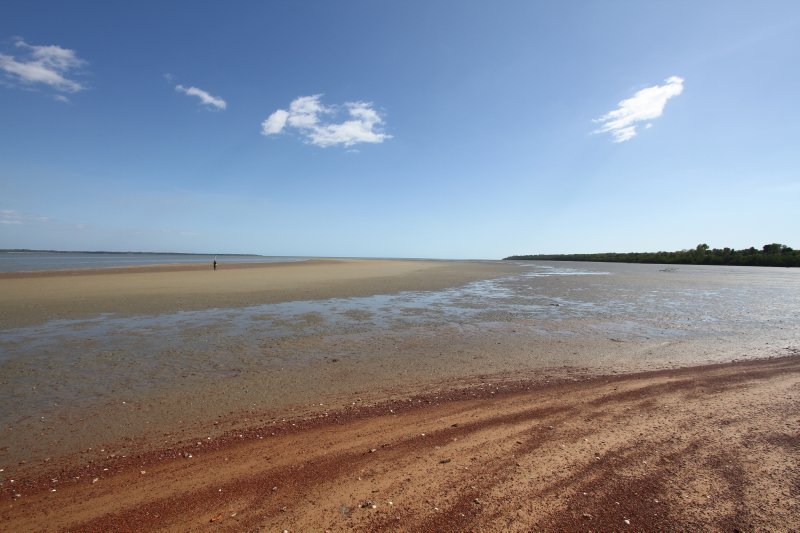 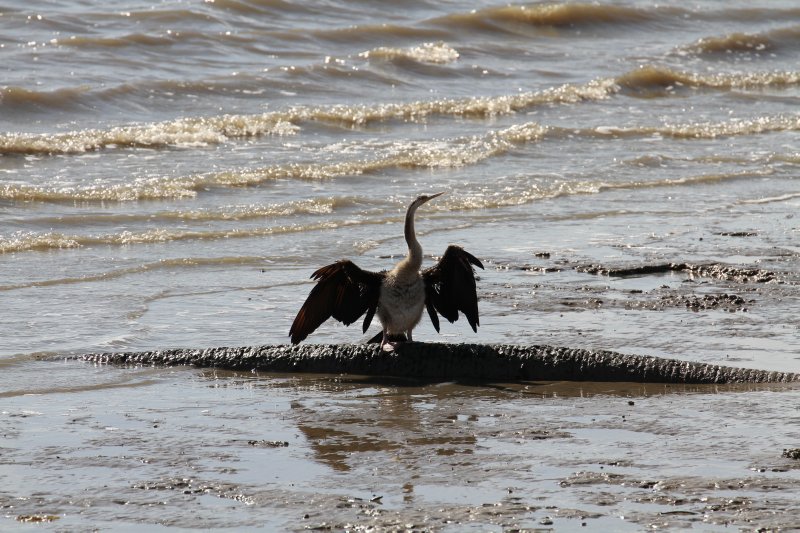 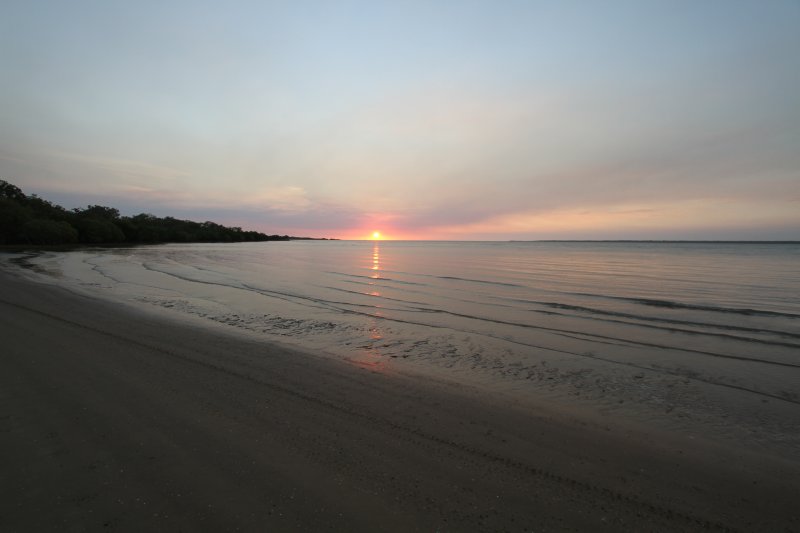 Posted by KobusM 18:25 Archived in Australia