Quinkan rock art on the way to Weipa

From Atherton we travelled north over the Great Dividing Range to Laura where we visited the Quinkan rock art sites. Famous for its rock art, Quinkan Country contains a large and dramatic body of prehistoric rock paintings. These galleries have been identified as being at least 15,000 to 30,000 years old and have been included on the Australian Heritage Estate and listed by UNESCO as being among the top 10 rock art sites in the world.

From Laura we continued north and from here it is mostly gravel road with the occasional bitumen stretch to allow you to overtake. The Peninsula Development Road varies from excellent, travelling at 100 km/h, to pretty bad with severe corrugations and deep rough dips, reducing our speed to 40 km/h. From Laura we will travel about 2,400 km on gravel roads and 4WD tracks whilst in the Cape York Peninsula, until we reach Cooktown.

We stayed overnight at Hann River Roadhouse which has a cute resident Emu, many peacocks and flying foxes that mess on your car and camper van at night. From there we travelled to Archer River Roadhouse to spend the night, our last stop before Weipa. On the way we saw magnetic termite mounds again, similiar to the ones we saw in Litchfield National Park in the Northern Territory. From Archer River we travelled further north to Weipa on the north-west coast of the Cape York Peninsula and we will stay here for three days. 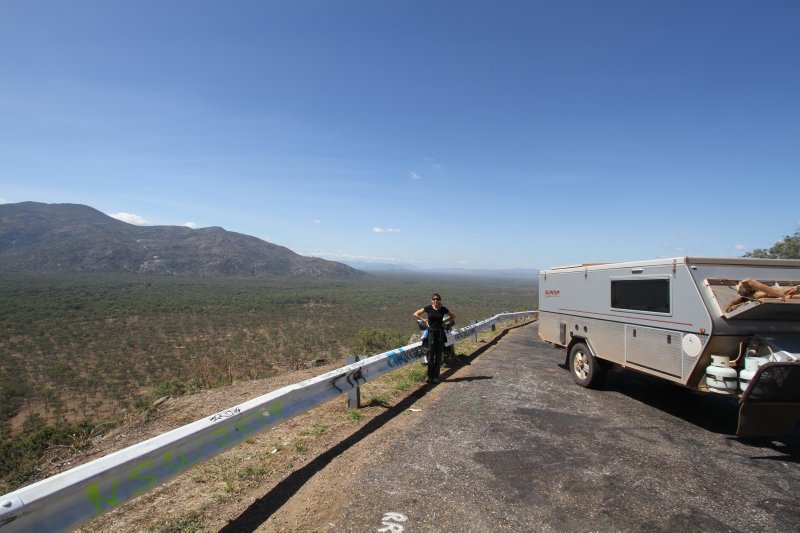 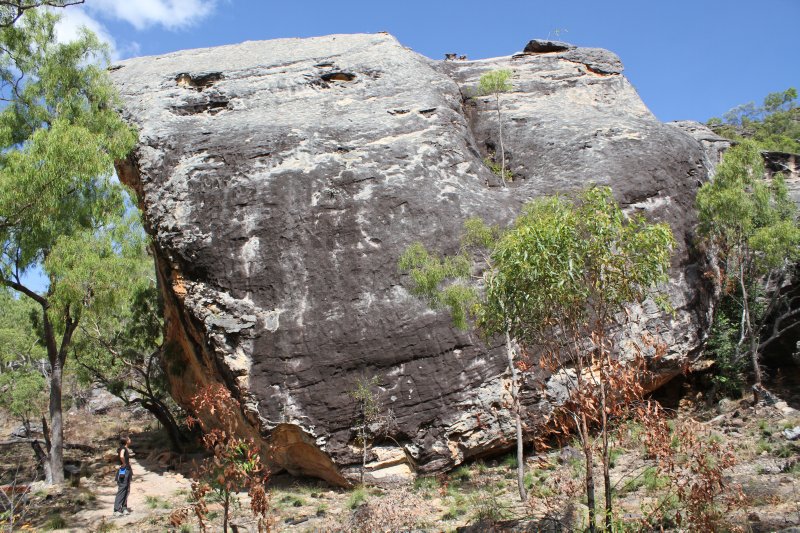 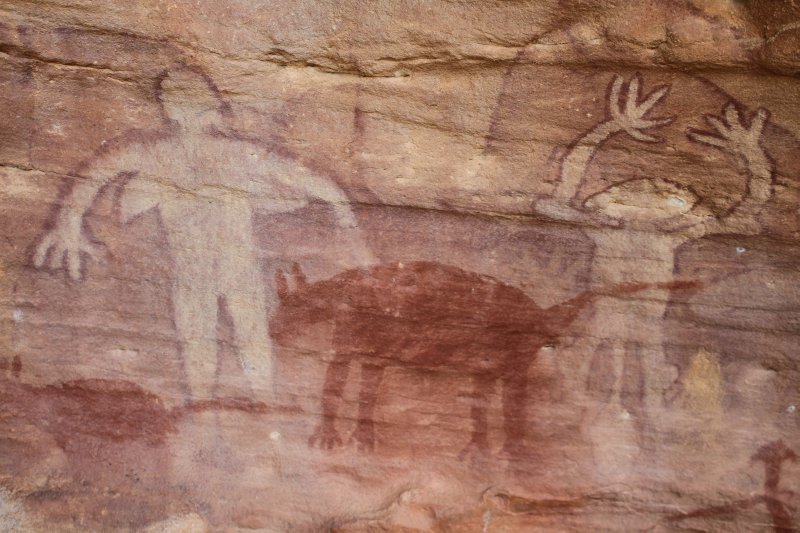 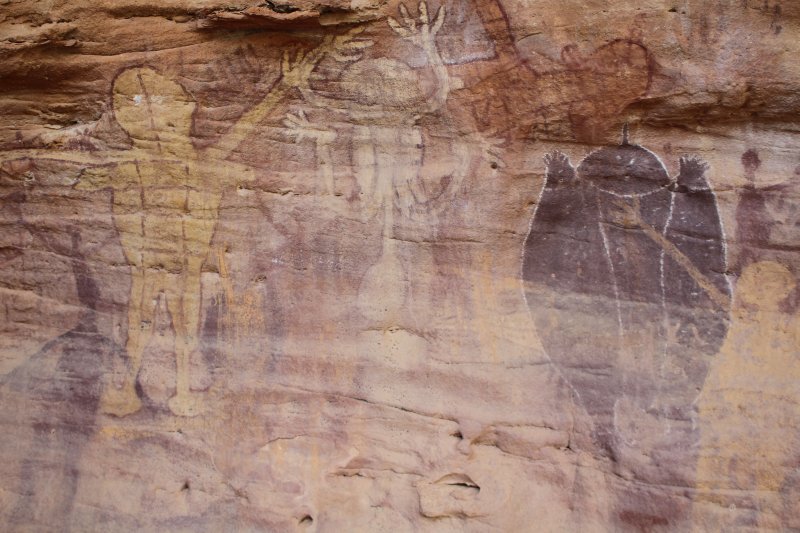 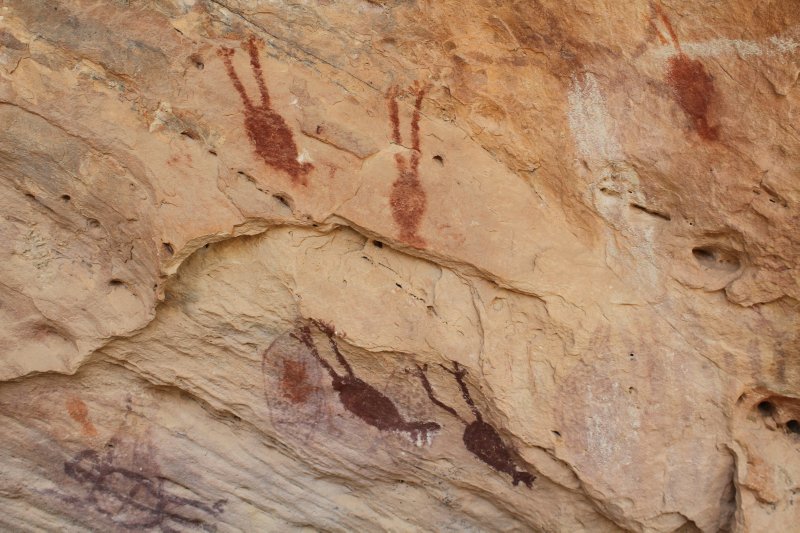 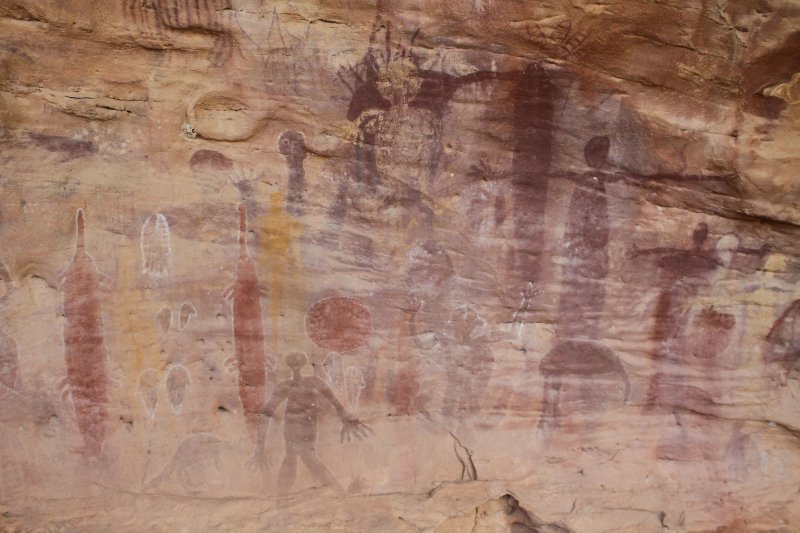 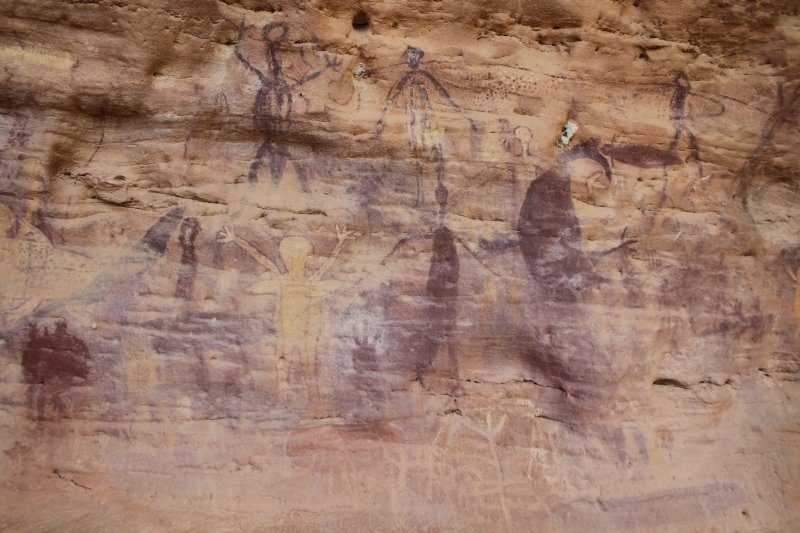 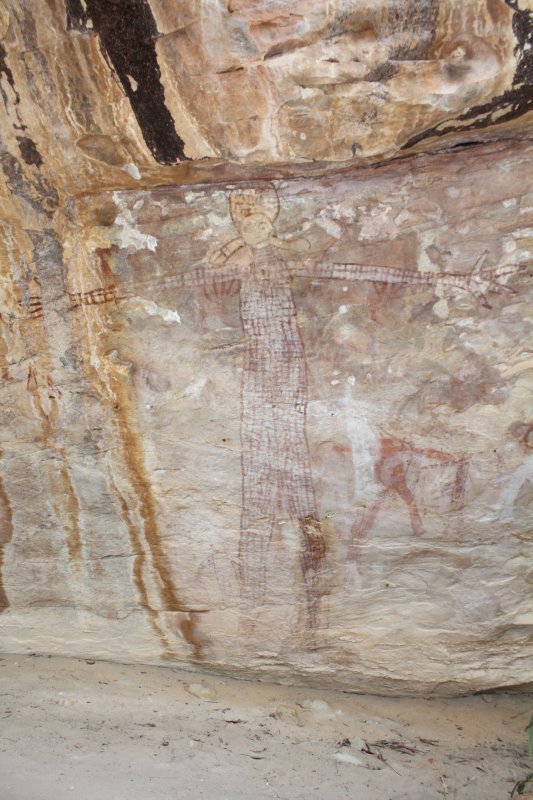 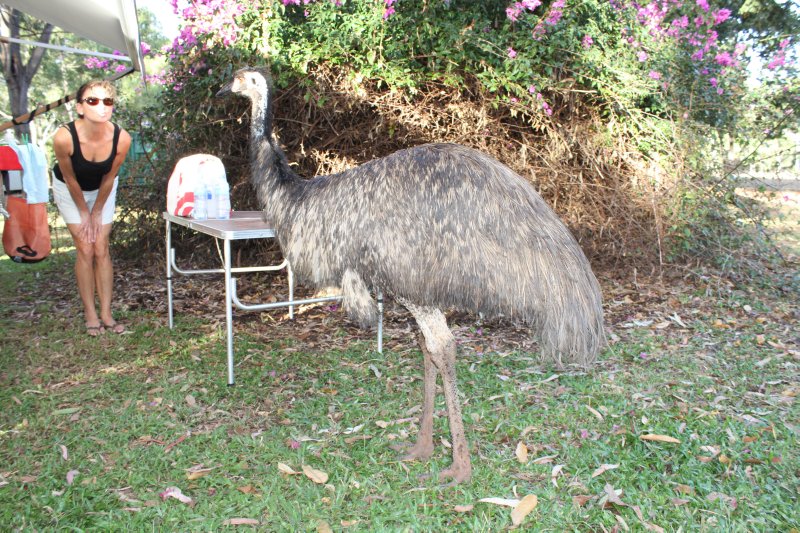 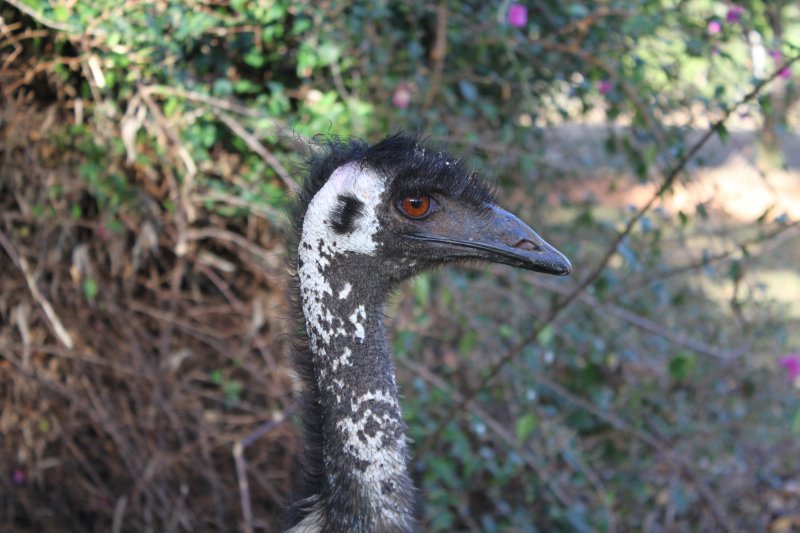 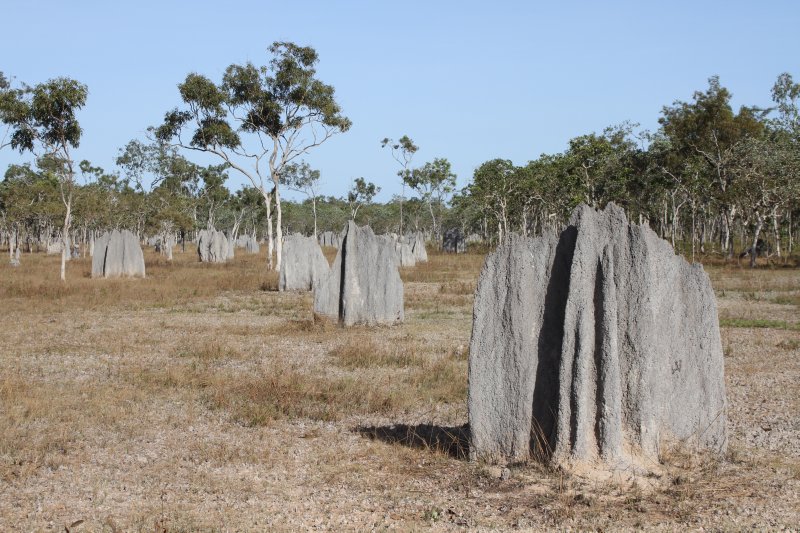 Posted by KobusM 19:59 Archived in Australia

Lorraine, how was the emu's kiss. I noted he had more hair than Kobus (sorry Kobus):-)

When you retire one day you'll have enough material to write a book about this travel.