From Karumba we travelled east along the Savannah Way to Mount Surprise, a small town along the way. We camped in one of the local camping sites where we were entertained by the campsite owner giving a snake talk and show. Both Lorraine and I ended up with his Black-headed Python around our necks and the talk was really interesting.

The next morning we visited Undara Volcanic National Park, which is notable for its spectacular lava tubes. The park contains the remains of the Earth’s longest flow of lava originating from a single volcano, which formed the lava tubes that can partly be viewed today. The volcanic activity that formed the tubes occurred approximately 190,000 years ago and the volcano Undara expelled massive amounts of lava onto the surrounding Atherton Tableland forming these tubes. In total it was estimated that over 23 billion cubic metres of lava that was released covering an area of 55 km2.

The spectacular insides of the lava tubes can only be explored on a guided tour . Some parts of the tubes have collapsed and remains of that can be seen above ground. The word Undara is Aboriginal in origin and means 'long way'. 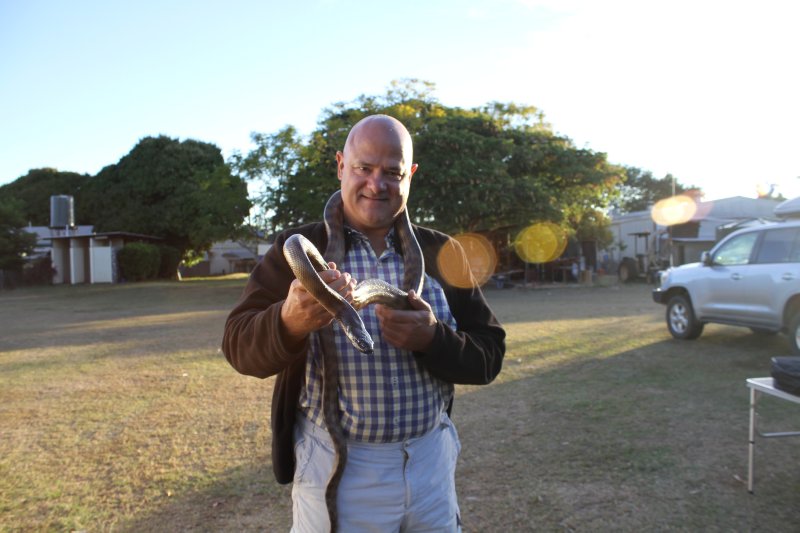 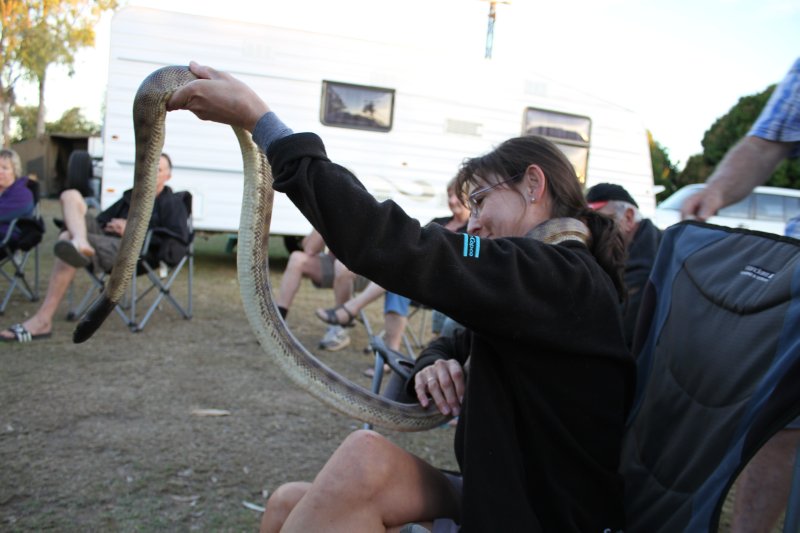 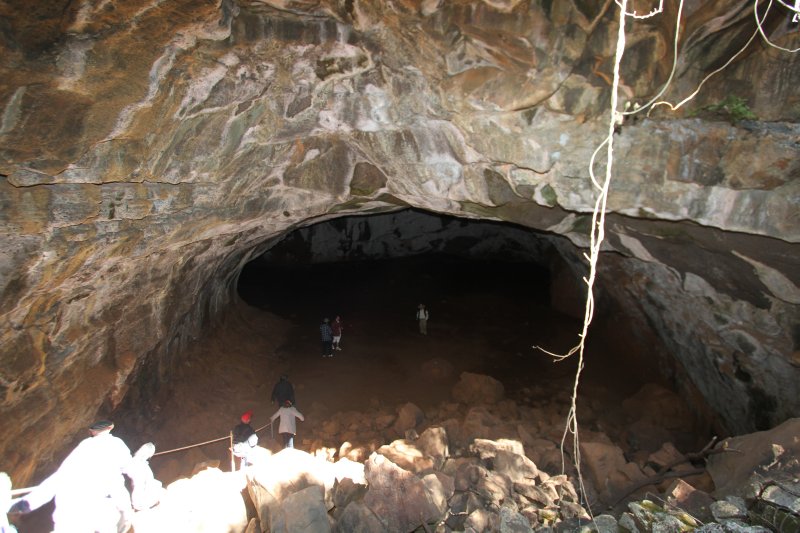 Enterance to one of the tubes at Undara 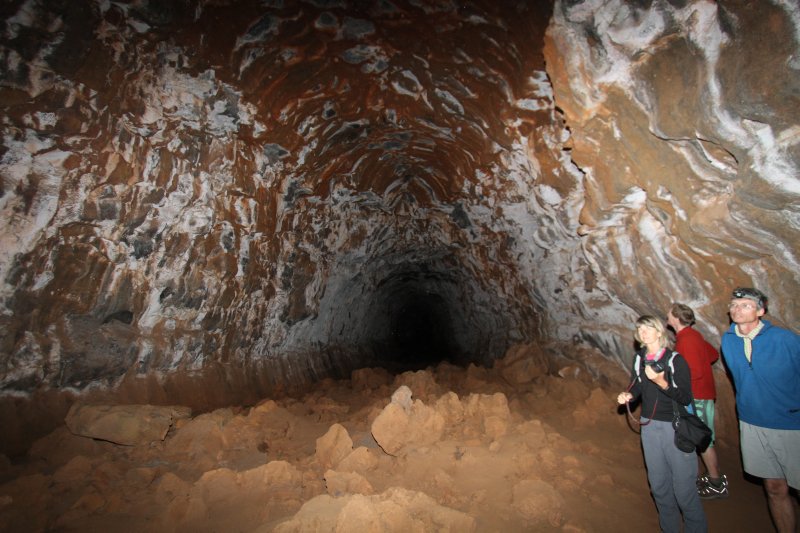 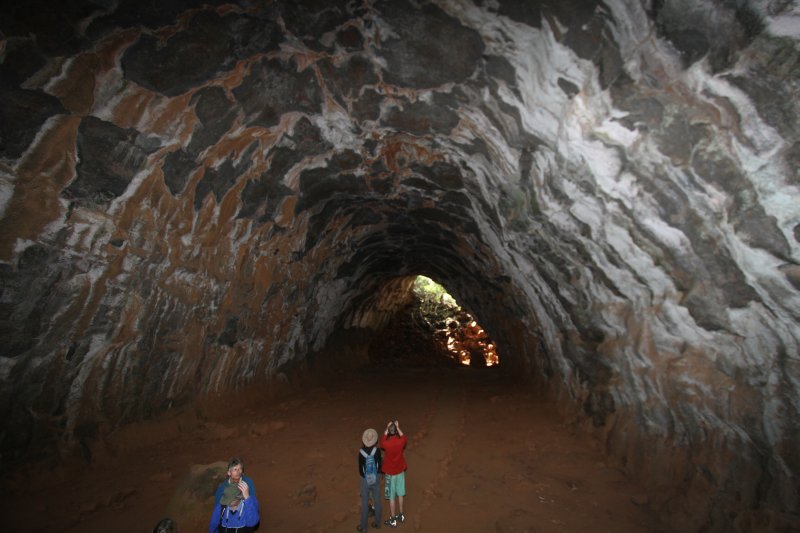 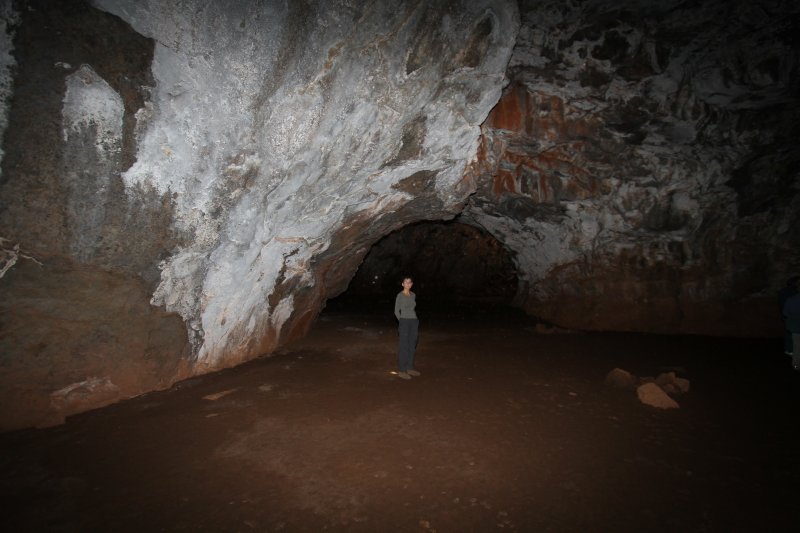 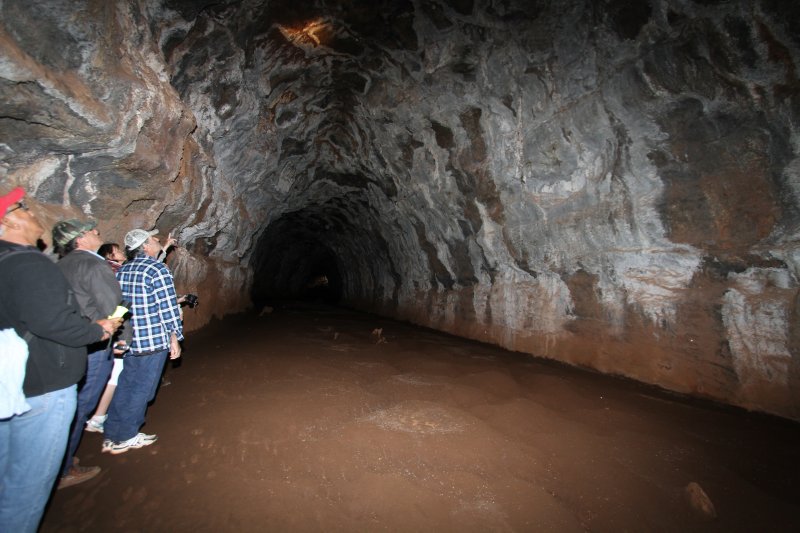 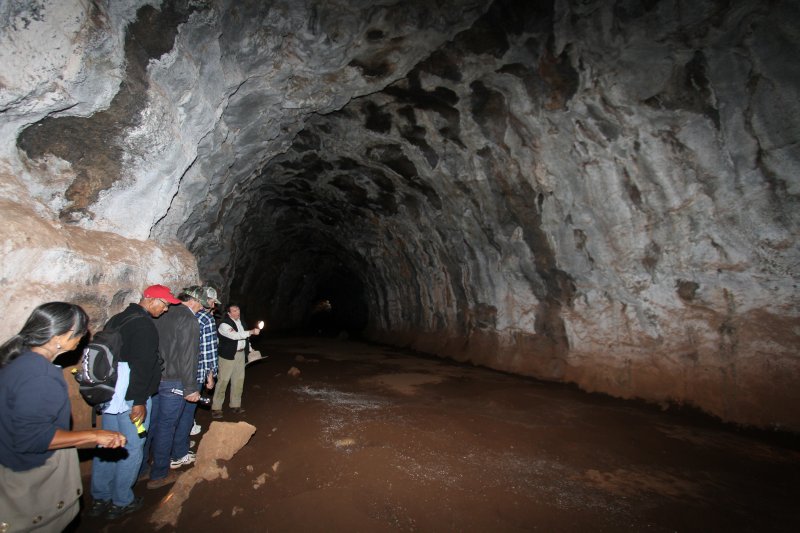 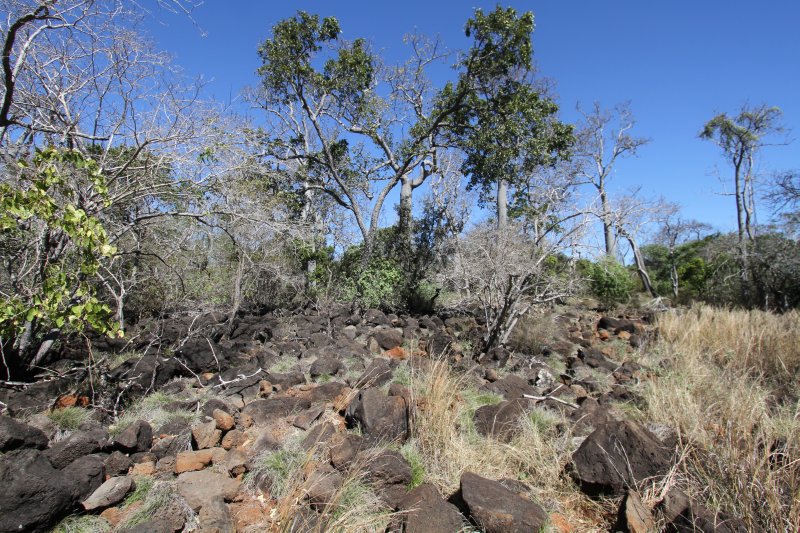 Collapsed part of the lava tube

Posted by KobusM 01:46 Archived in Australia

Uff, you are brave handling those big snakes!!
Nice entertainment */*