Kings Canyon in Watarrka National Park is the Australian version of the Grand Canyon; not as big but certainly as spectacular. The canyon is a huge chasm that cleves the earth to a depth of 270 meters, with sheer red rock faces that soar more than 100 meters over dense forests of palms, ferns and cycads, sheltering from the harsh, surrounding desert conditions.

We did the 6 km rim walk that took us to the top of the canyon after a steep climb, but rewarded us with spectacular views of the surrounding weathered sandstone, lush hidden forests and breathtaking sheer rock faces of the canyon.

We stayed at the Kings Canyon Resort and thought it would be a very nice place to stay, especially at $38 a night for an unpowered site. But we were disappointed with the neglected, overcrowded facilities. We tried the local BBQ restaurant and entertainment and that was also overpriced and mediocre. The conclusion: Kings Canyon itself is great but avoid the Resort, rather stay at Kings Creek which is on its way to the Canyon. 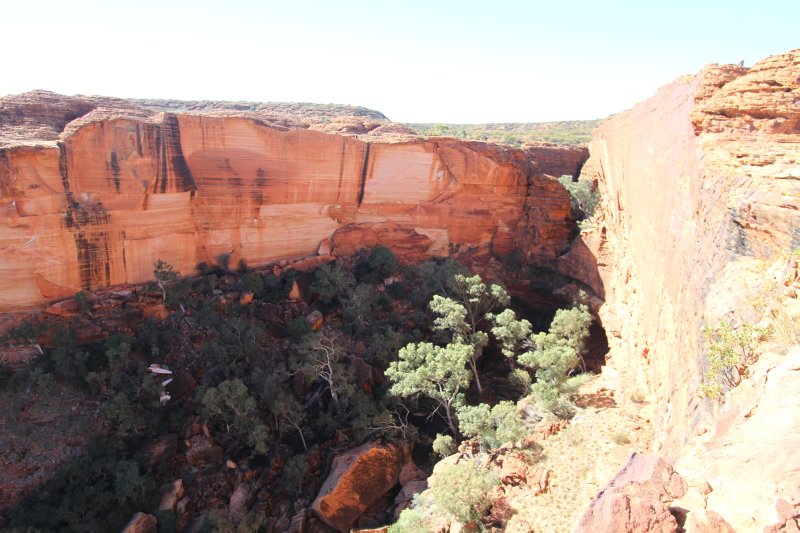 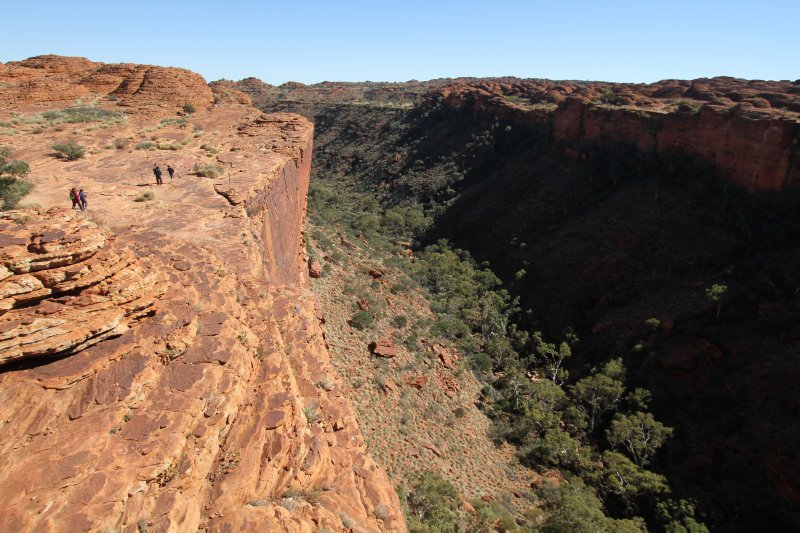 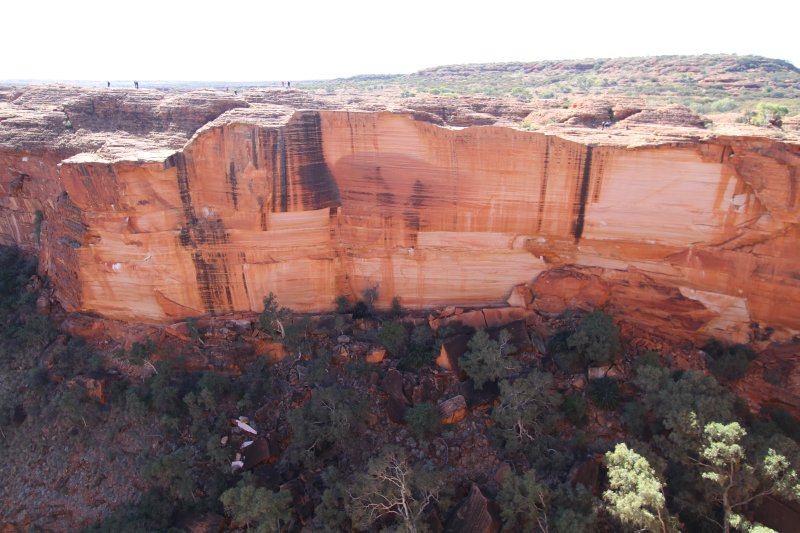 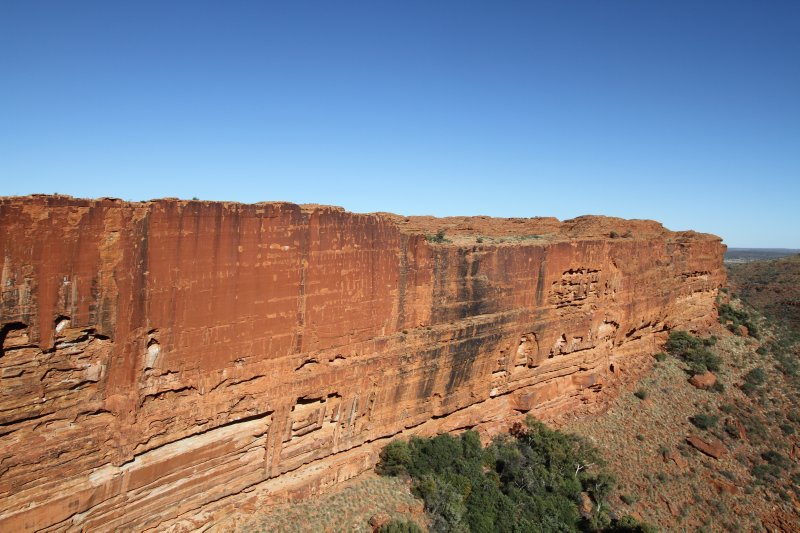 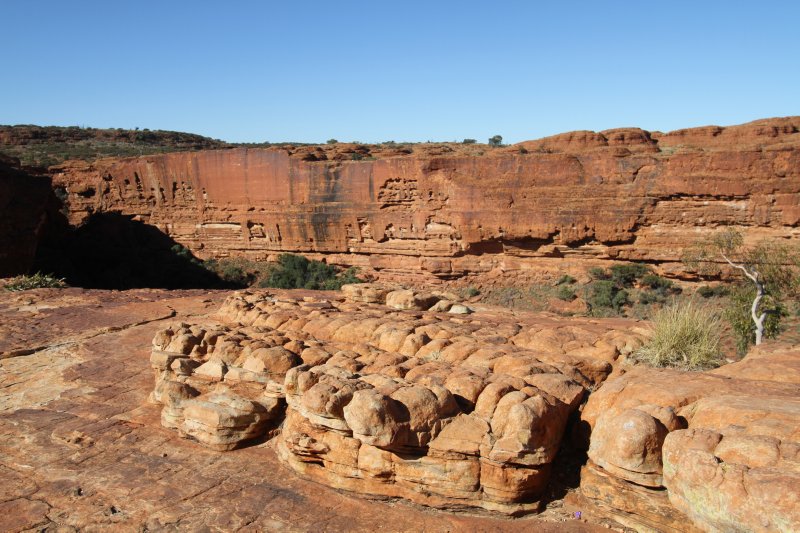 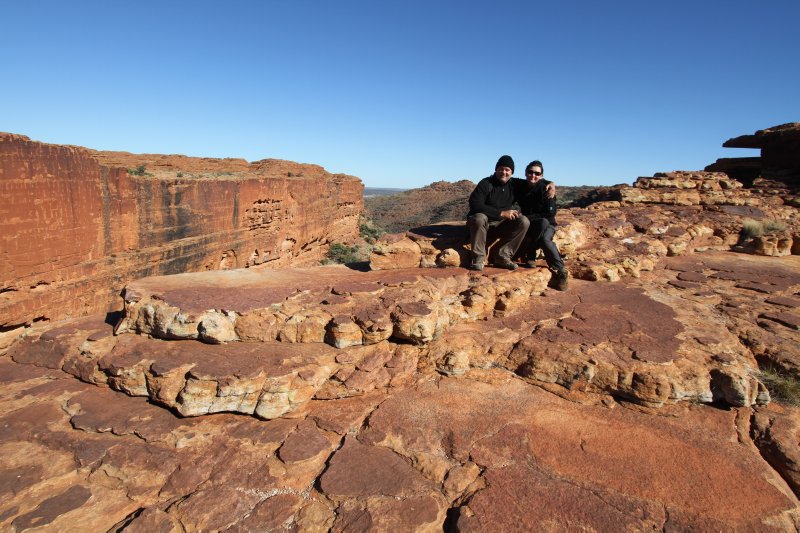 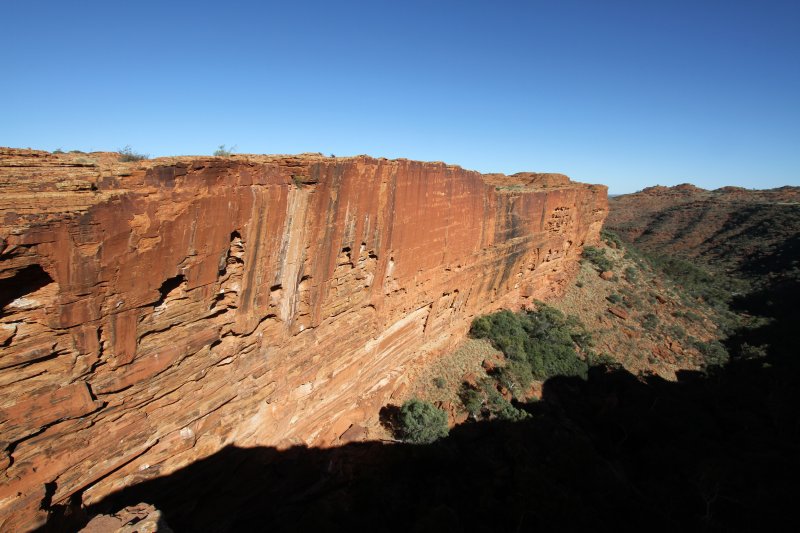 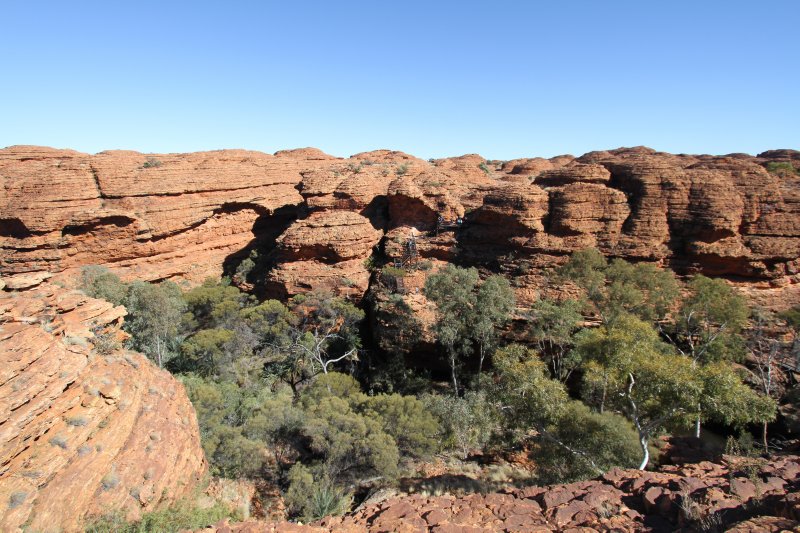 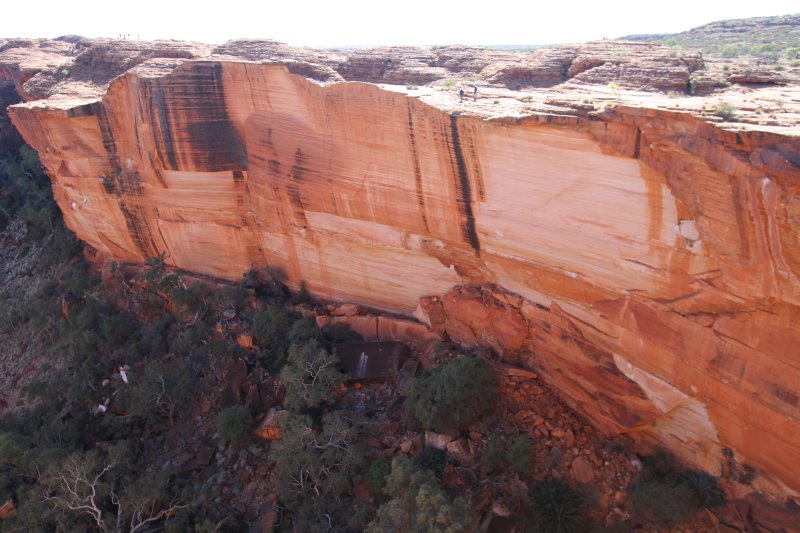 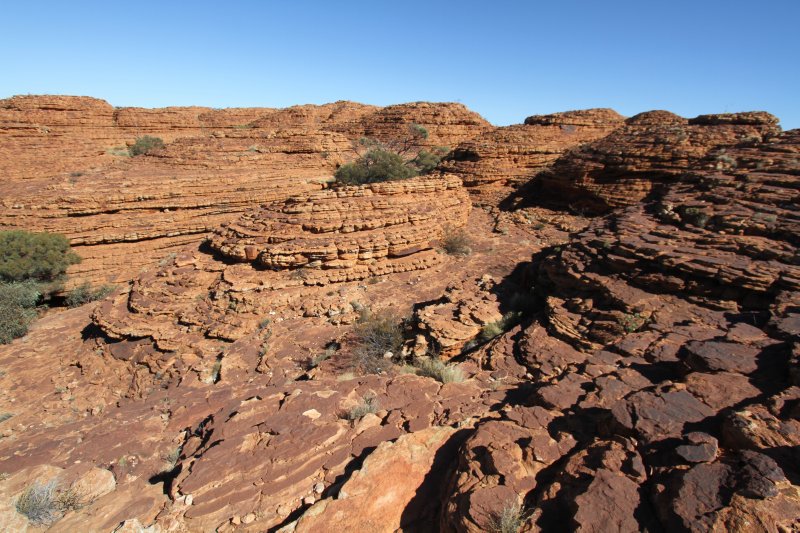 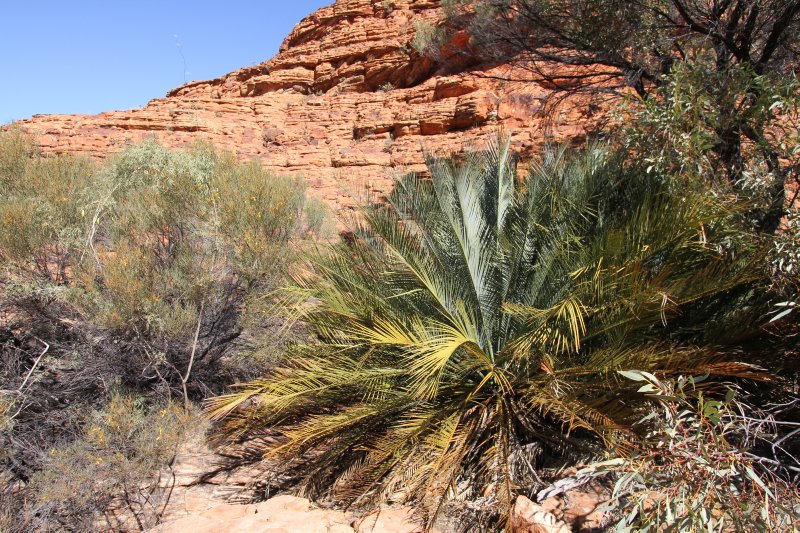 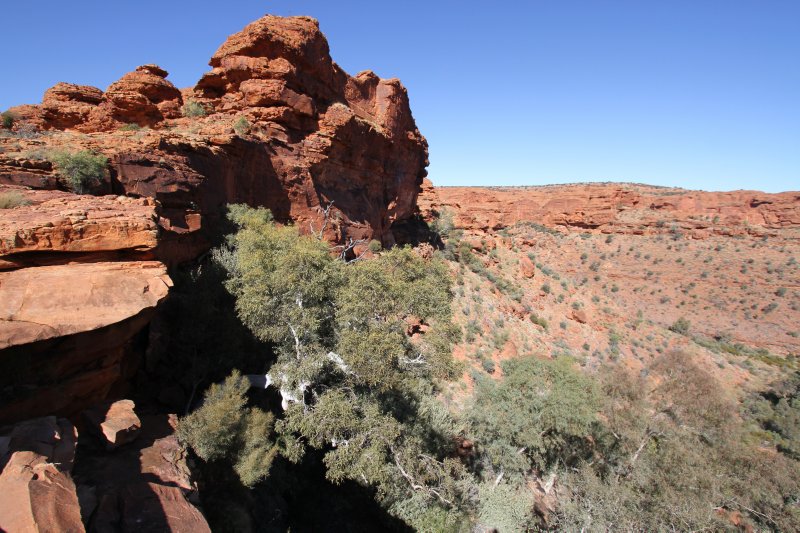 Posted by KobusM 03:55 Archived in Australia