We stayed a couple of days in Alice Springs to get the Quantum serviced, to restock and get acclimatised. It got significantly colder (at least 10 degrees) when we passed the Tropic of Capricorn.

From Alice Springs we travelled 100km south to Rainbow Valley, which was not on our original travel plan but Paul Frigne recommended it and we are very pleased he did, as this isolated place is breathtaking. The 24km unsealed road was corrugated but easy compared to some of the 4WD tracks we have travelled so far.

Rainbow Valley Conservation Reserve features scenic sandstone bluffs and free standing cliffs that form part of the James Range on the edge of the Simpson Desert. The cliffs are particularly attractive at sunset when the rainbow-like rock bands are highlighted. The cliffs stand right on the edge of a claypan which makes the cliffs even more spectacular.

The multi-coloured bands in these formations are caused by laterisation, a process whereby underground iron oxide is dissolved by water in wetter times and then drawn to the surface and higher rock levels by capillary action in dry seasons.

The mercury dropped to -4C overnight (-1C inside the Quantum) and we could not use the airconditioning heating as no generators were allowed in the reserve. It was a very cold night!! But we enjoyed a lovely evening around the campfire baking damper (traditional Australian pot bread) in the campoven. 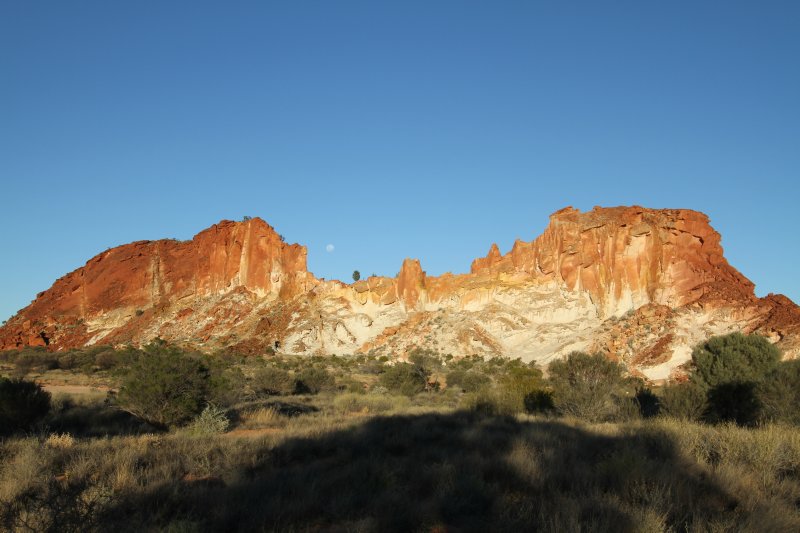 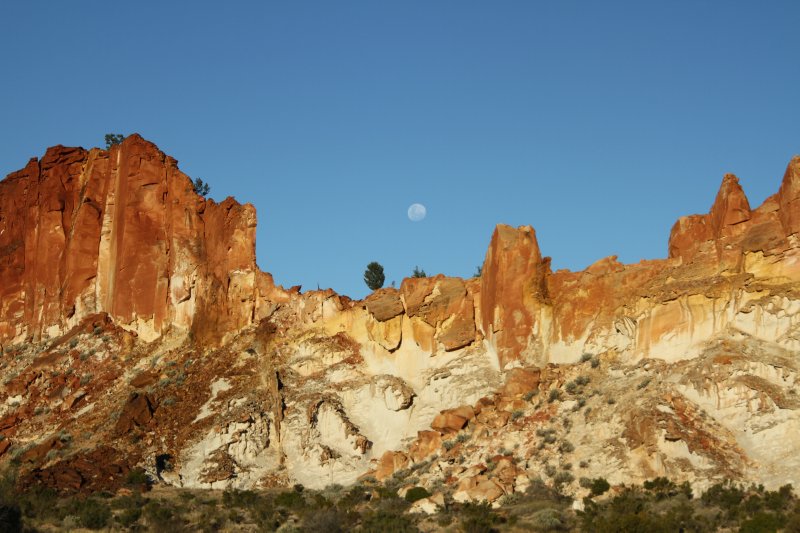 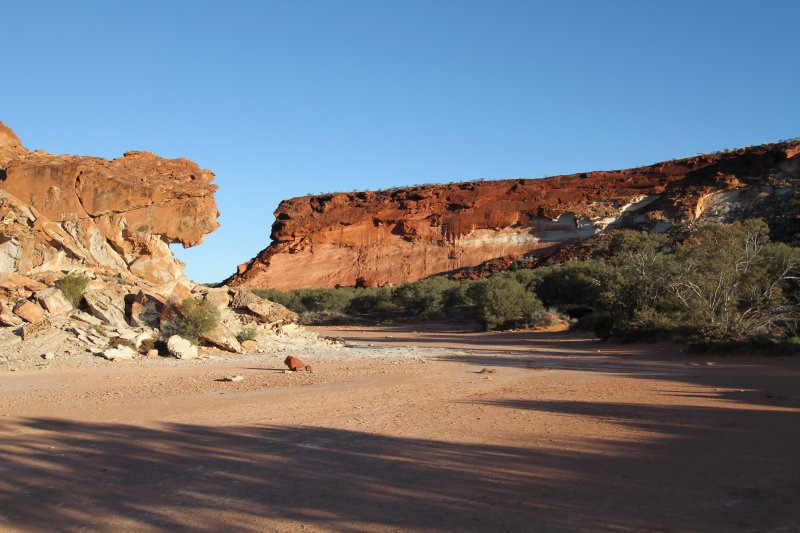 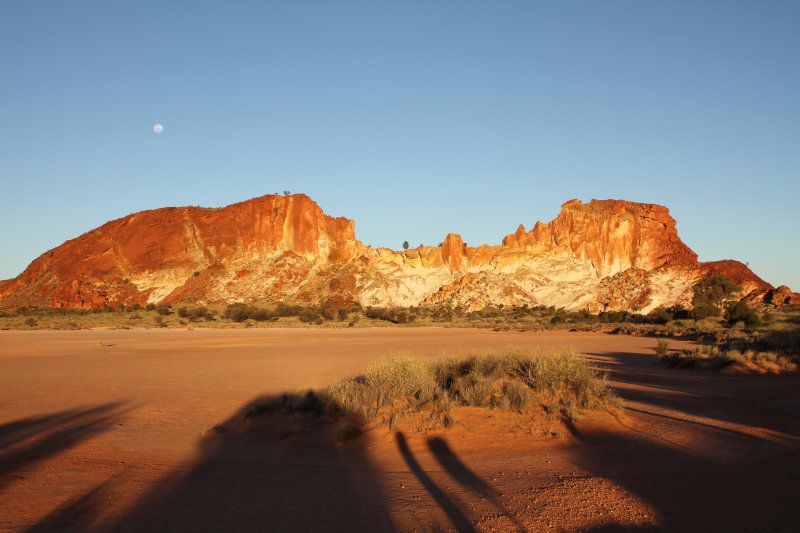 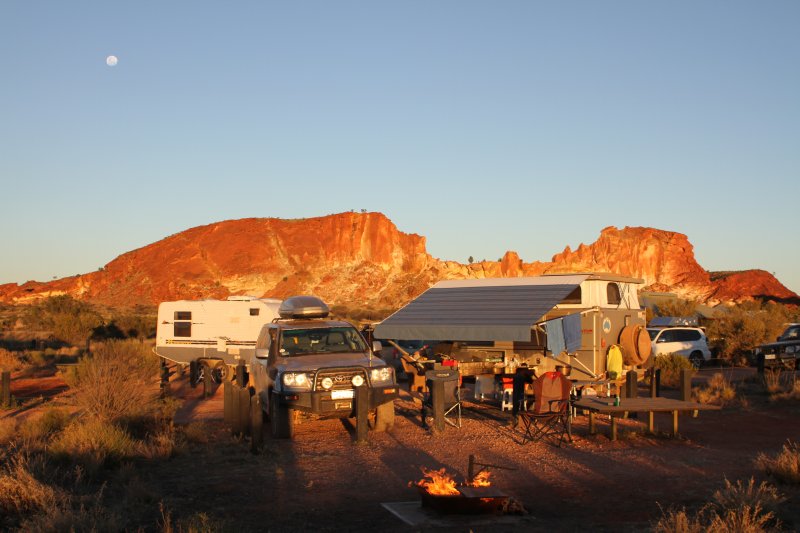 Posted by KobusM 23:36 Archived in Australia