After Katherine we visited Elsey National park a few kilometers east of Mataranka and stayed in the caravan park at Mataranka Homestead which is also the home of many orphan wallabies which have been hand raised at the homestead, many of them with joeys. The movie "We of the Never Never" was filmed here and the replica of the original homestead is still part of the attractions here.

The main attraction is the amazing Rainbow Springs and the popular Thermal Pool. Rainbow Spring's crystal clear water rises from 100 meters underground at 300 litres per second at a temperature of 34 degrees Celsius, the temperature of the rock at that depth, which is then contained in a pool in a palm tree forest. Like at Douglas Hot Springs, a nice place to relax and sooth the sore back and legs from all the hiking in Kakadu, however, compared to Douglas the water temperature significantly cooler and the setup much more commercialised, so Douglas Hot Springs remains our favourite hot spring so far.

In the morning we were woken by tens of thousands of Little Red Flying Foxes (although they are not that little, about the size of eagles) flying over the campsite to rest in the palm trees for the day after their night out feeding.

Elsey was certainly not our favourite national park but it was worth the visit and we enjoyed the Skippys. Skippy was a popular Australian TV series in the 1960s, telling the story of a boy with his intelligent pet kangaroo. It became very popular in Australia and many other countries but in Sweden it was banned, where psychologists feared the show would mislead children into believing animals could do things they actually could not. 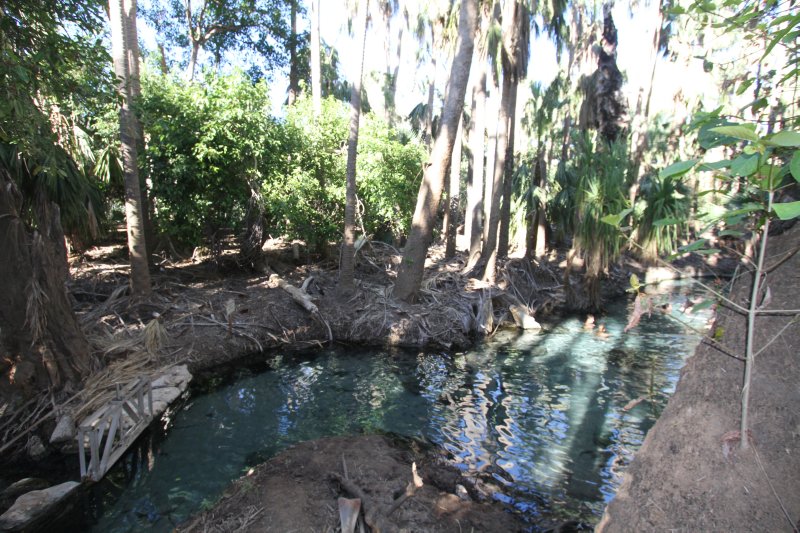 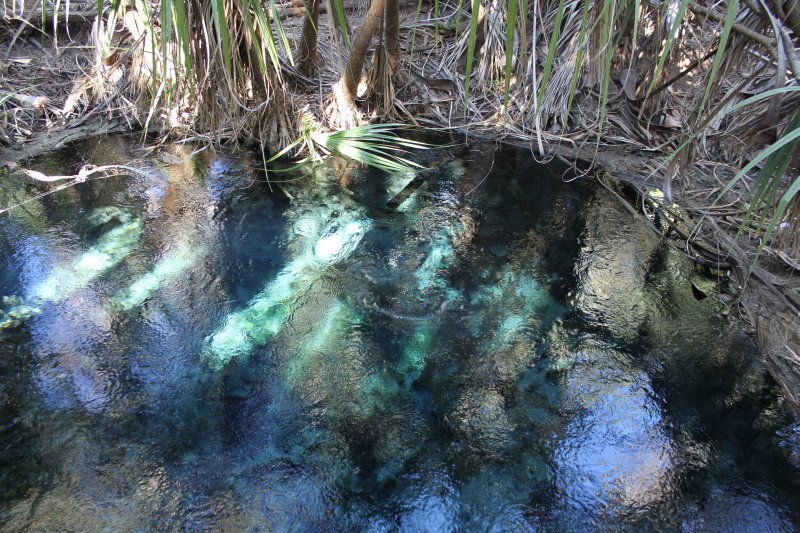 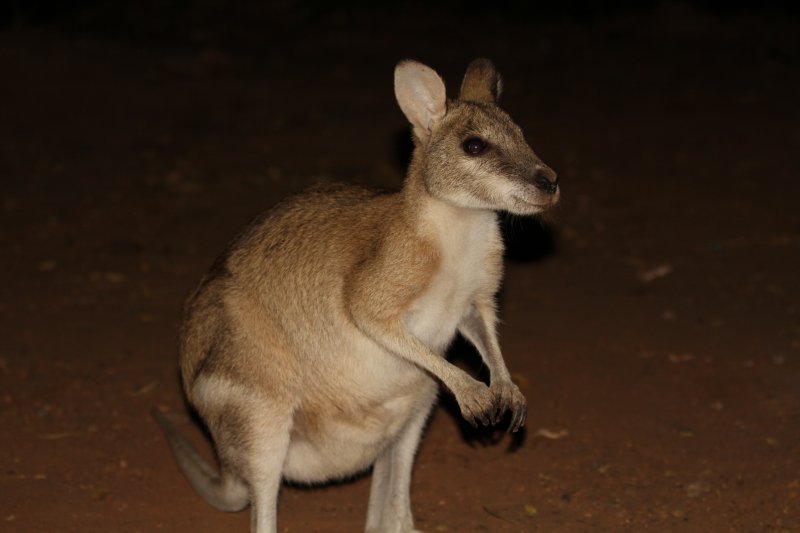 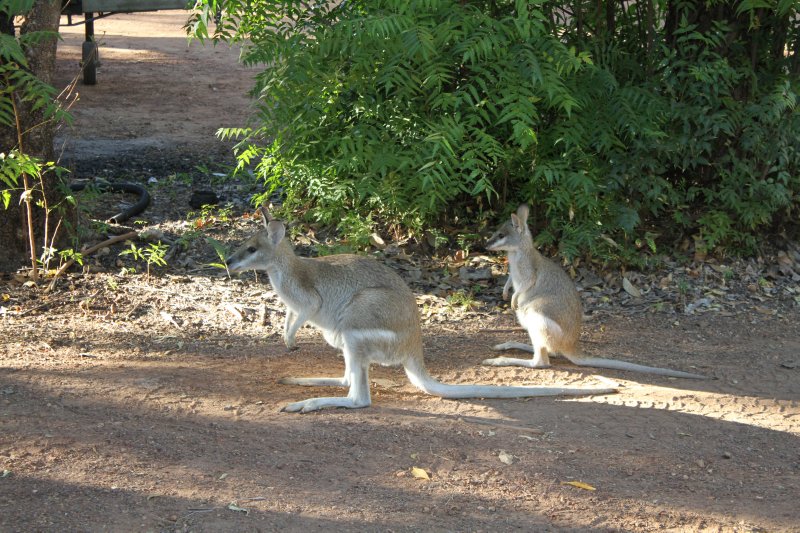 Skippy and her joey 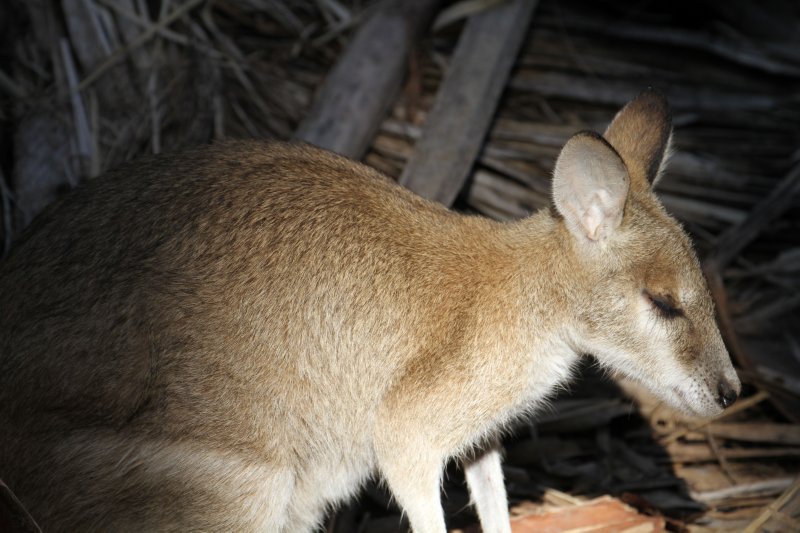 Skippy having a nap in the sun 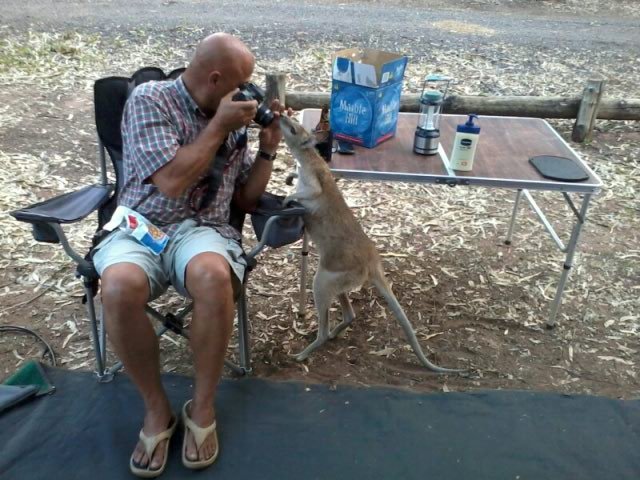 Posted by KobusM 21:25 Archived in Australia