On the way from Katherine to Mataranka we stopped at the Cutta Cutta Caves National Park for a visit to the limestone caves.

In Cutta Cutta cave you venture along the caverns 15 meters under the surface for a few hundred meters. The major part of the cave system is inaccessible and goes for 700 meters until it enters the water table. The cave is only accessible during the dry season as it gets completely flooded every wet season.

Cutta Cutta is a Jawoyn name meaning many stars; it was taboo for Aborigines to enter the cave, which they believed was where the stars were kept during the day. The stars are the reflection of crystals in the stalactites when you shine a light on it. 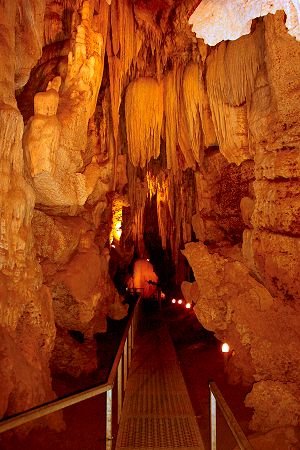 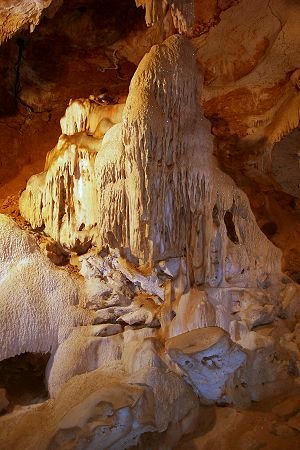 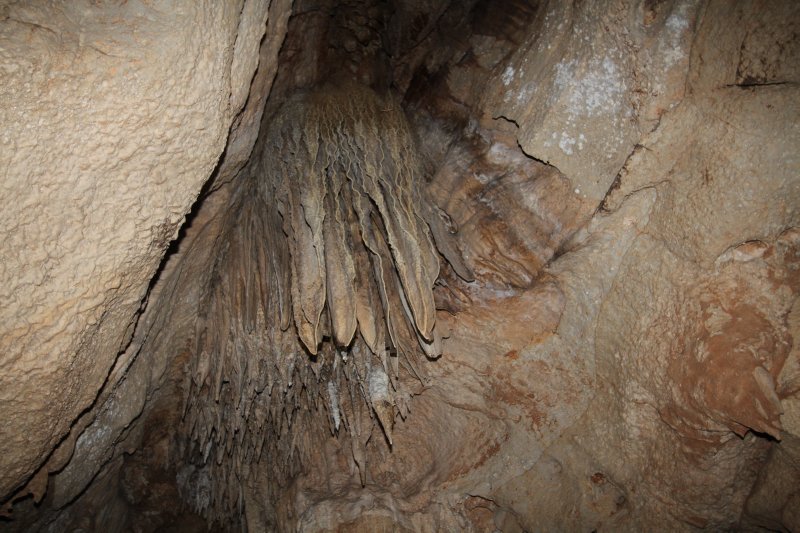 Posted by KobusM 22:17 Archived in Australia