Remote wilderness in the Cobourg Peninsula

At the very top of the Northern Territory, in Aboriginal Arnhem Land, the Garik Gunak Barlu National Park is remote and rugged, fringed with magnificent white sandy beaches and turquoise waters. The park covers the whole of the Cobourg Peninsula, an area of 2,200 square kilometers with only 20-30 residents, most of them Aboriginal. It took us 5 hours to travel the 270km 4WD track from Kakadu National Park to the Black Point ranger station and we had to time the river crossing at the East-Alligator River as it is heavily influenced by the tides. The road was heavily corrugated in places which slowed us down and rattled our teeth but overall the drive was a stunning journey through wetlands, a lot of creek crossings, monsoon forests and savannah woodland.

On the way we visited the Injalak art center at Oenpelli, an Aboriginal settlement in Arnhem Land and for this we had to buy a separate permit. It was interesting to see the indigenous artists at work and listening to their dreamtime stories. We bought a nice canvas painting of a barramundi and long-neck turtle.

At Garik (local language) Gunak (land) Barlu (sea) we found a very nice, isolated campsite that was spacious and shady. At first we were concerned that the proximity of a number of swamps and billabongs will make outdoor living at night impossible but we were surprised to find very few mosquitoes, just nocturnal animals wandering through the bushes at night. One night we had a good sight of a few bandicoot, a small almost rat-like marsupial. During the day the birdlife is varied and we saw many Sulphur Crested Cockatoos, Red Winged Black Cockatoos, Sea Eagles, Oyster Catchers and many other species.

The coastal drive in Garik Gunak Barlu is beautiful, with isolated sandy beaches, red rocks and mangrove estuaries. The sea is rich in marine life but unfortunately the presence of Saltwater Crocodiles makes swimming dangerous and I had to choose spots with clear water to take a quick dip. I tried to do some fishing off the rocks but was unsuccessful, but I caught a mud crab in a hole on the rocks and released after taking a photograph of it. The wetlands drive was closed but I tried it up to the point where the billabong flooded the road. The billabong is beautiful with clear water and lots of birdlife.

We teamed up with a nice Australian couple, Mick and Chrisie from Melbourne, to do a half-day boat tour to the ruins of the Victoria Settlement and to try to do some fishing and mud crabbing. It was a lovely day out and we enjoyed the open water and fishing very much with Lorraine catching the biggest Golden Snapper, Mick caught a nice big Queen Fish and I caught a tasty Coral Trout and also a big Golden Snapper. We all caught many other fish but most were released and the tour operators kept some for themselves. The mud crabbing was less successful with only a small crab speared.

The ruins of the Victoria Settlement are a poignant reminder of the hardship of the British colonialists in the 19th century. With the fear of Dutch and French expansion in the southern East Indies, the British decided to establish a settlement along Australia’s far northern coastline. After failures of two other settlements, the Victoria Settlement was established in 1838 and developed into a considerable village with a church, hospital, cottages built in Cornish style and military buildings. However, long periods of isolation, many deaths due to malaria, scurvy and dysentery, as well as devastating cyclones caused the abandonment of the settlement 11 years later in 1849.

Smith Point at the top of the peninsula, with a beacon built by the settlers from the Victoria Settlement in 1845, is a nice spot to view the magnificent sunsets over the Timor Sea and we also enjoyed a nice sunset and sundowners with Mick and Chrissie before they departed.

The week in Garig Gunak Barlu was magnificent and very relaxing, certainly worthwhile travelling all the way to such a remote national park. We are now back in Kakadu National Park and although it is stunning the crowds and busy campsites are making us long to go back to Garig Gunak Barlu.

Here are some of the photos but many more are in the gallery. 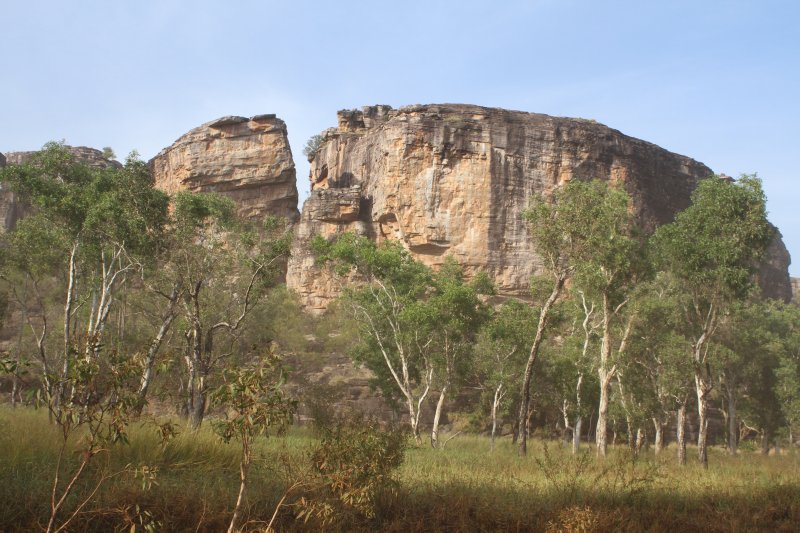 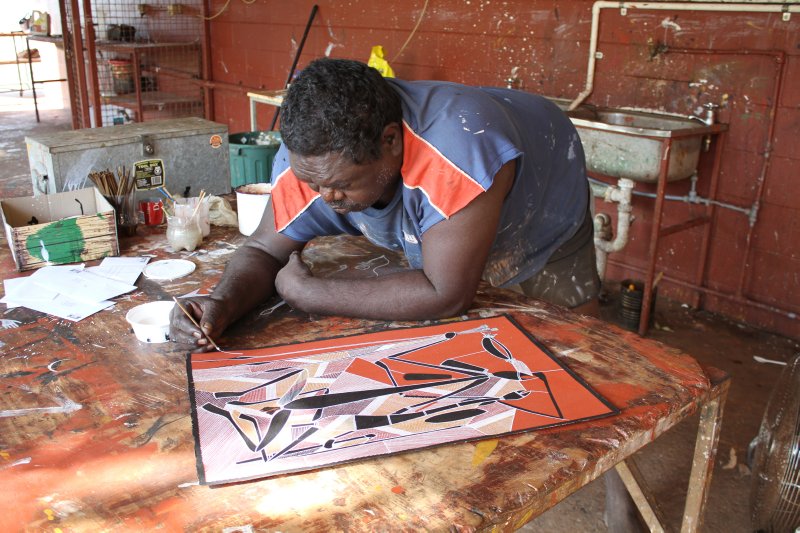 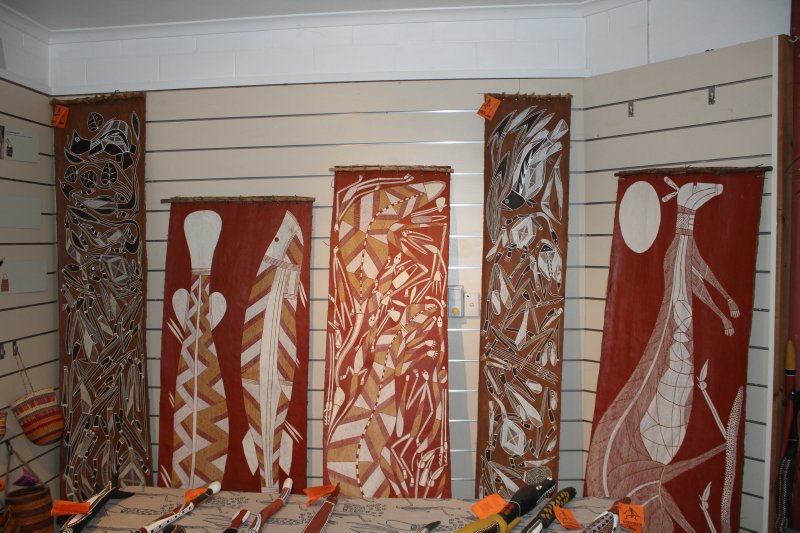 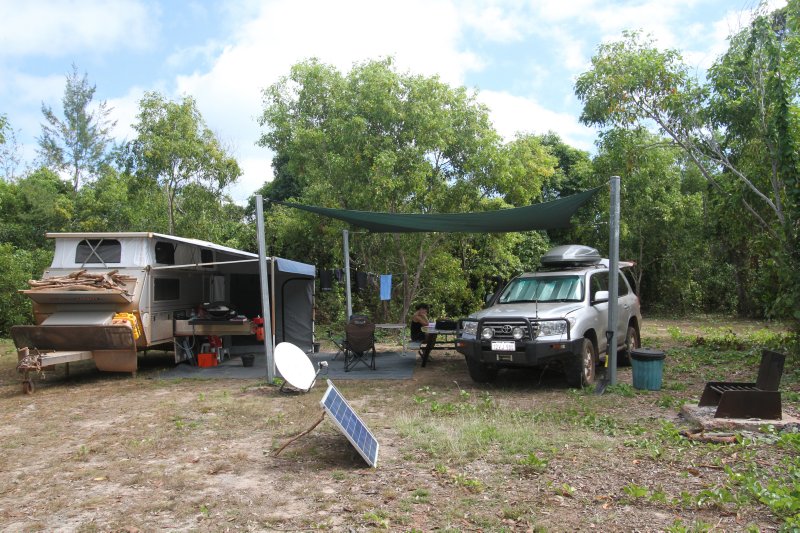 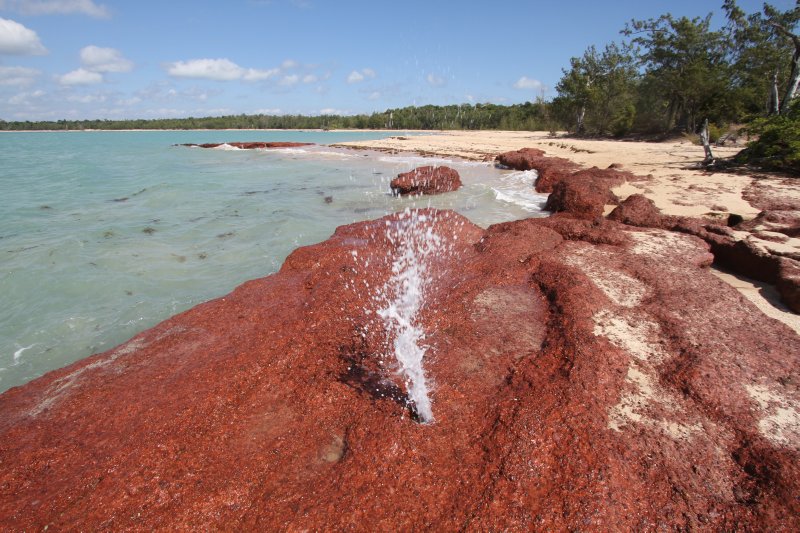 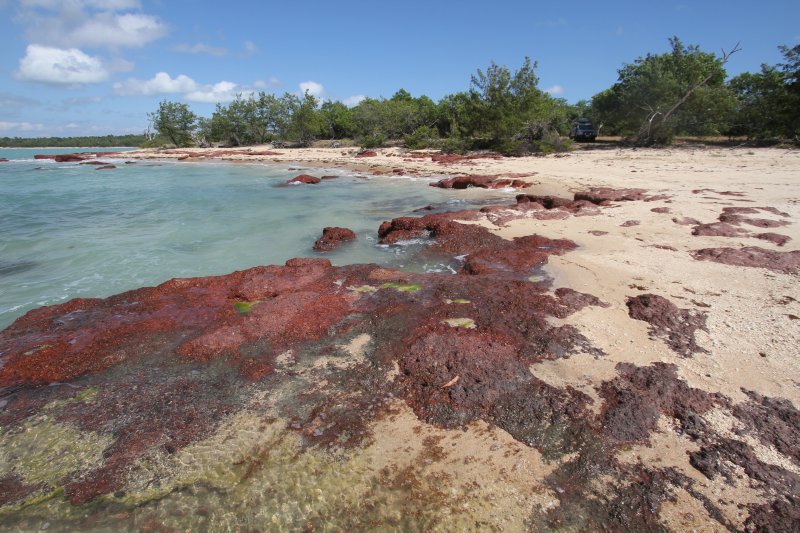 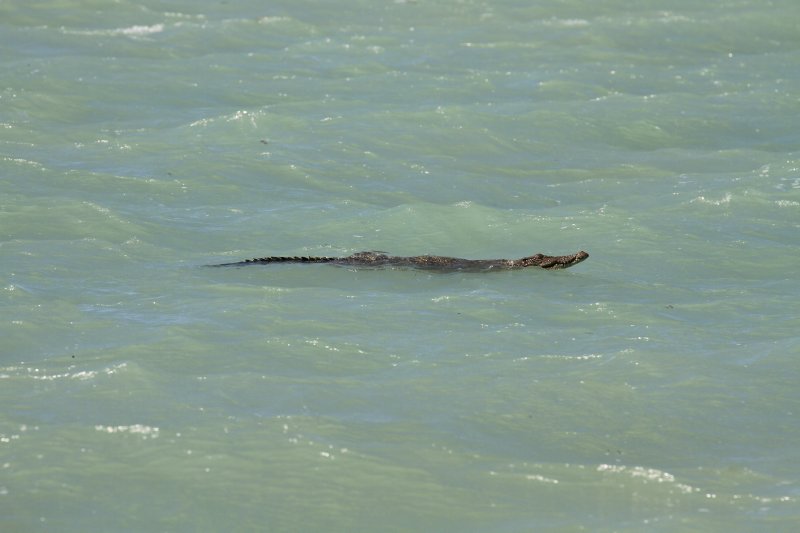 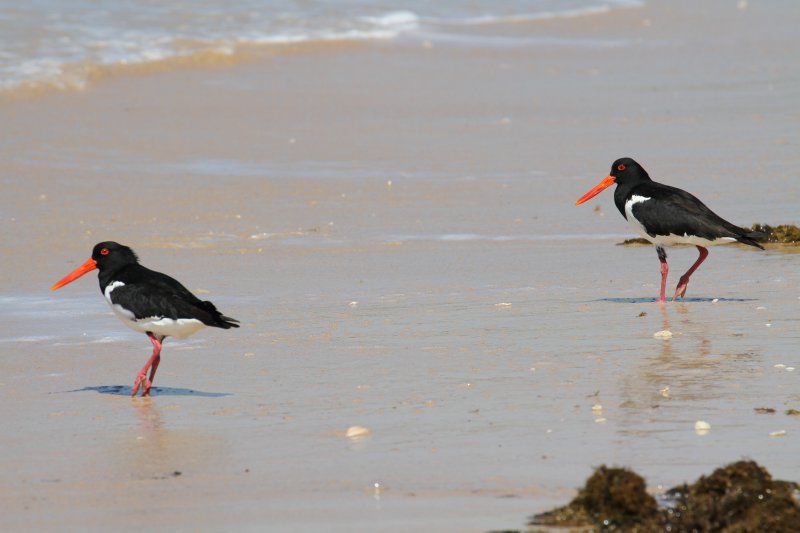 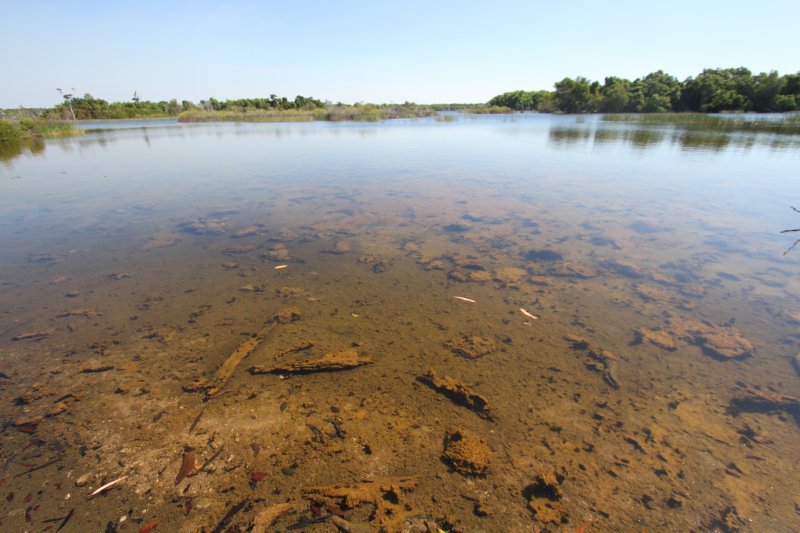 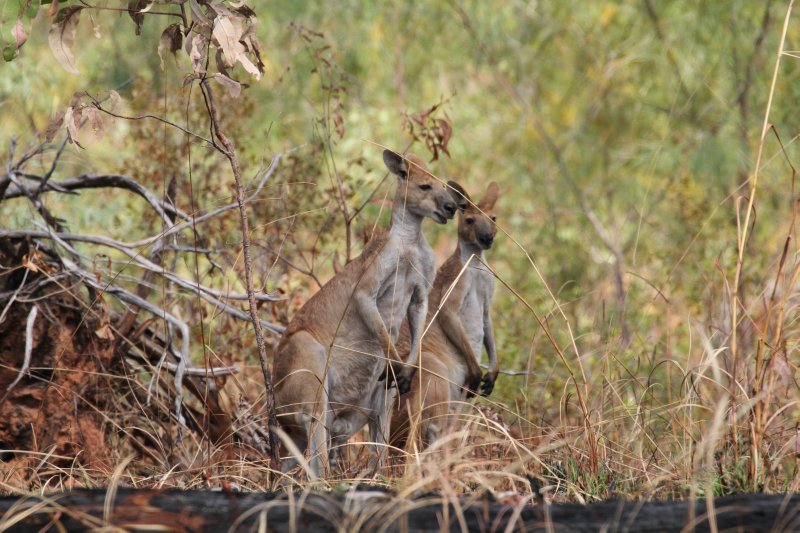 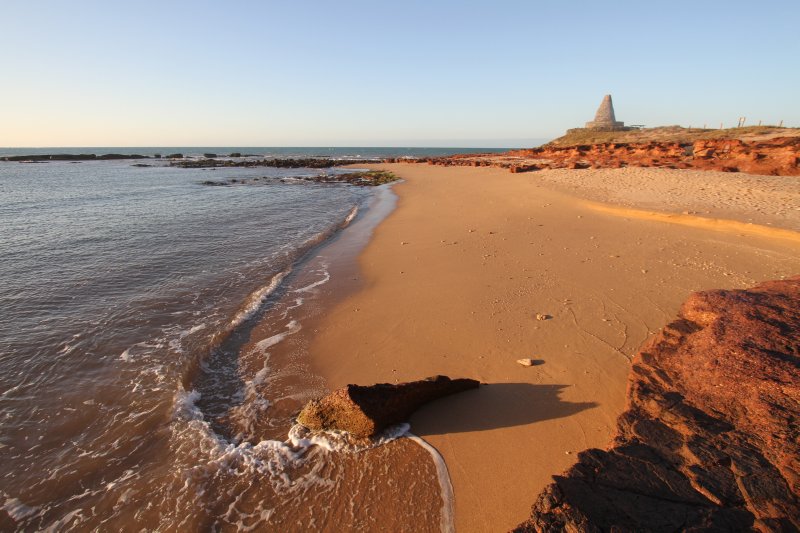 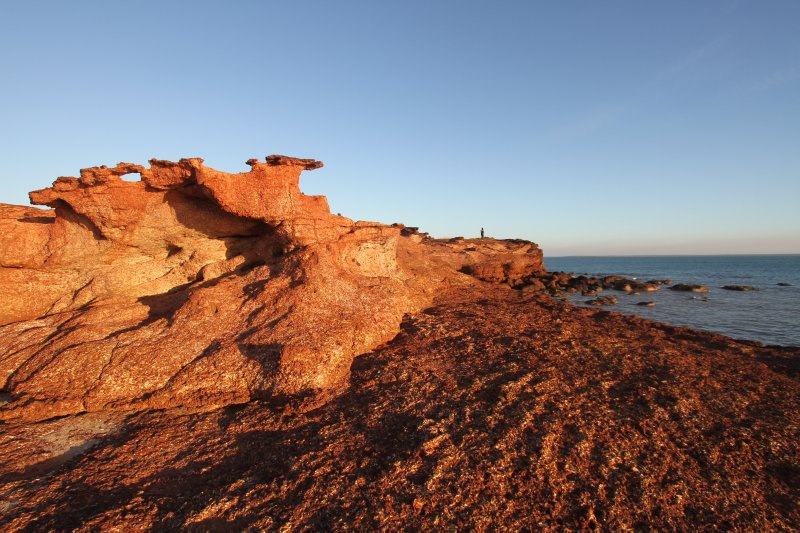 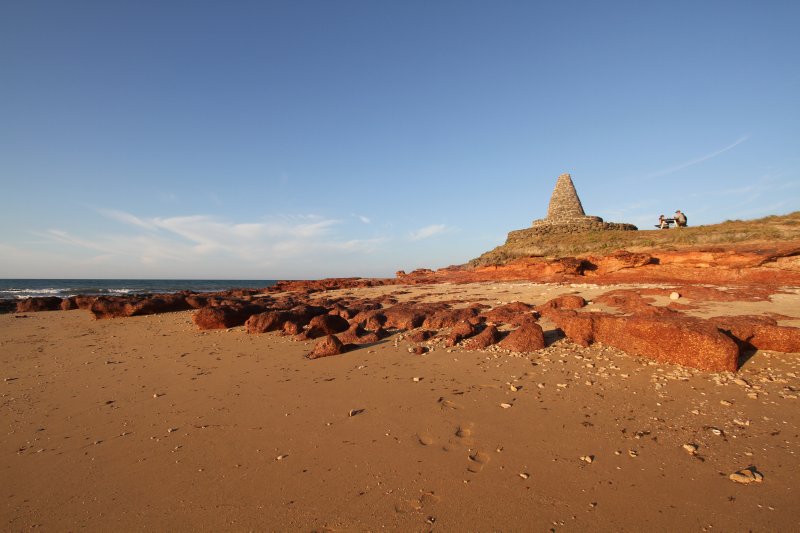 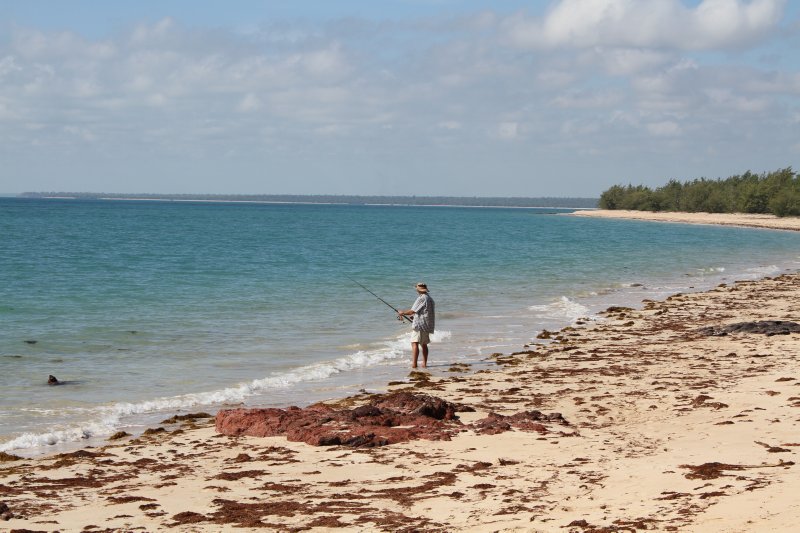 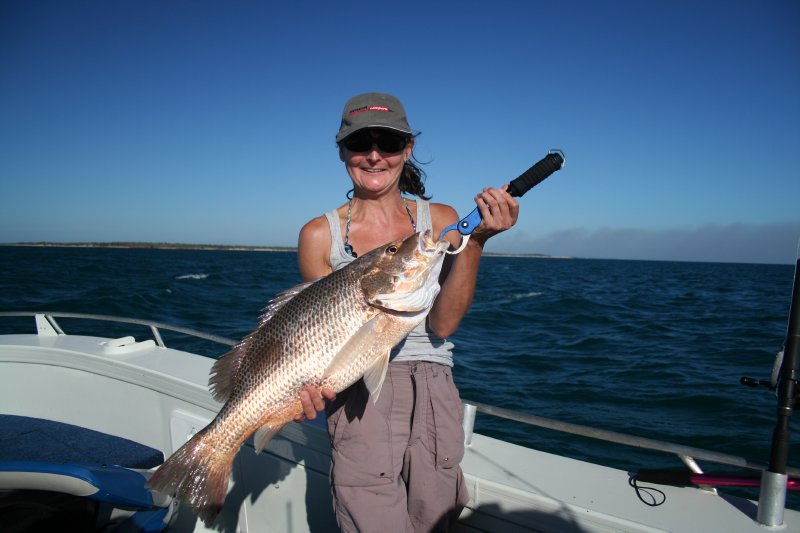 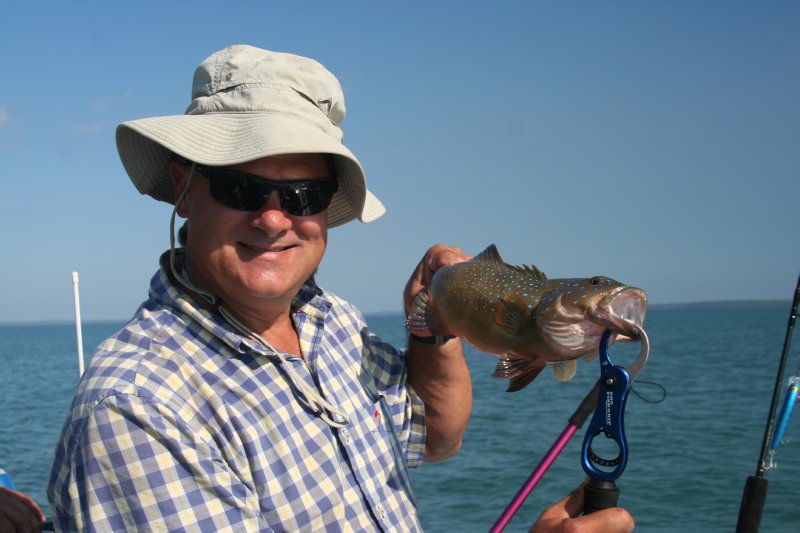 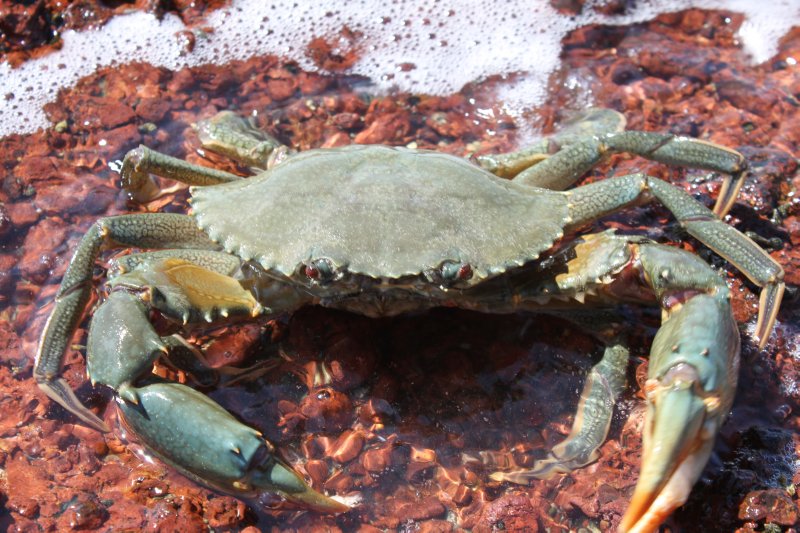 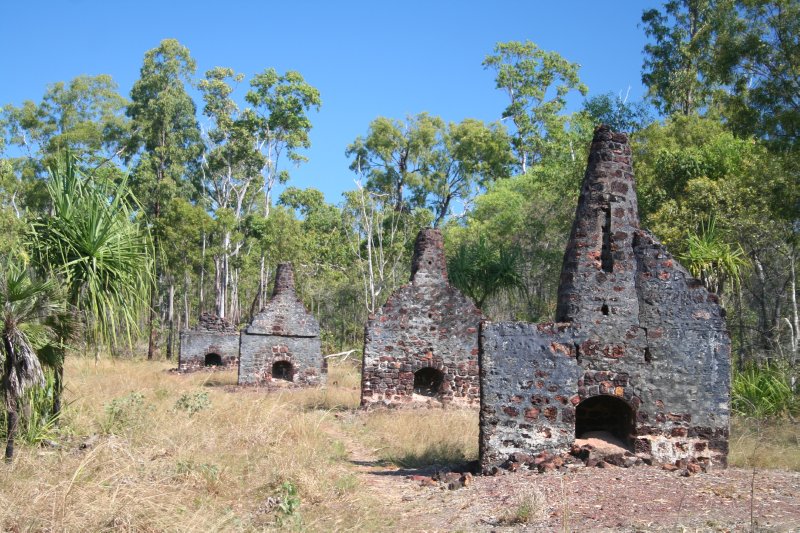 Posted by KobusM 23:57 Archived in Australia

Hi there! Another exciting newsletter from you. Thanks.
I saw that you were really lucky when fishing. What a catch!(Lorraine got the biggest :-)
After this trip you might be able to open up a museum showing all your photos and different kind of art works that you have bought.

We have a beautiful midsummer weather today and the nature is really in full bloom. Lovely, with short nights! I guess you will hardly dance "the small frogs"
as we do in Sweden.
Still a couple of working weeks before vacation though and we are as usual busy with several meetings. Results are good for the upcoming half year closing.

Have a nice midsummer "down under"!