We could not access Litchfield National Park from the south as the 4WD access road was closed, so we had to drive east around the park to enter it from the Batchelor entrance, about a 100km detour. Litchfield features numerous stunning waterfalls and Florence Falls was our first stop. We chose to take the Quantum into the 4WD campsite at Florence Falls although it was marked as no entry for caravans. We arrived early and found only one campsite suitable for the Quantum and it was on a slight incline, but we managed to reasonably level it. The 15 minute walk to Florence Falls takes you past the Florence Creek and I had a quick dip while Lorraine kept watch for crocodiles.

We also visited the magnetic termite mounds that are aligned north-south to maximise their exposure to the sun.......clever little creatures!

The next day we left the Quantum at the campsite and drove the 10km 4WD track to The Lost City to admire the weird, weathered sandstone rock formations that are reminiscent of ancient ruins of a city, including a statue of a man. We then moved to Tjaynera Falls but first made a quick stop at Tolmer Falls which is only visible from a lookout point. The 11km 4WD track to Tjaynera Falls was also not for caravans but we managed to get there without problems and the campsite was more spacious and level and we stayed for two nights. The Tjaynera Falls is 1,7km from the campsite and the walking track is very pleasant, winding through palm and cycad forests and past tranquil creeks. The falls has a big pool which is great for swimming, albeit a littel chilly.

On the way to Darwin we also visited Wangi Falls, which is the main centre in Litchfield National Park. We will spend this weekend in Darwin, which is a long weekend in the Northern Territory. 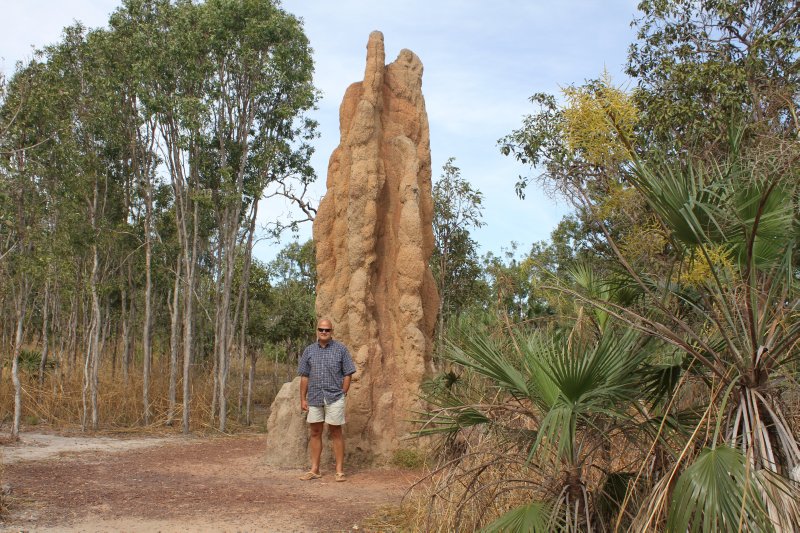 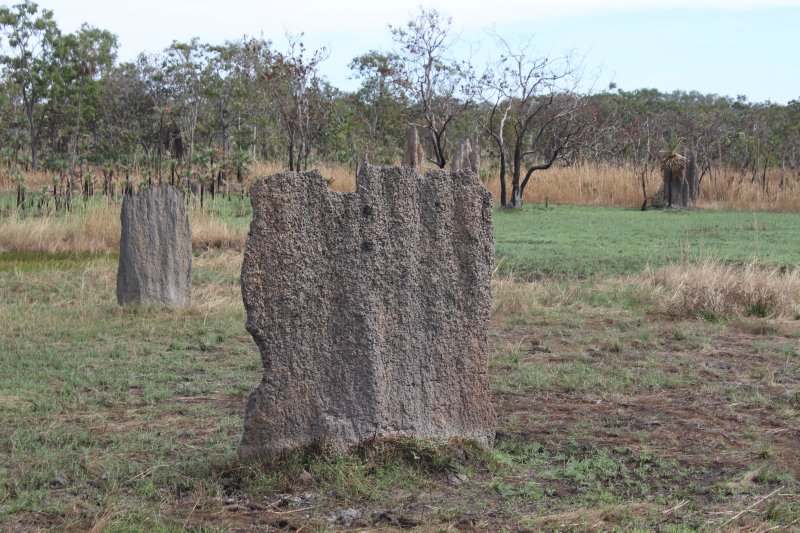 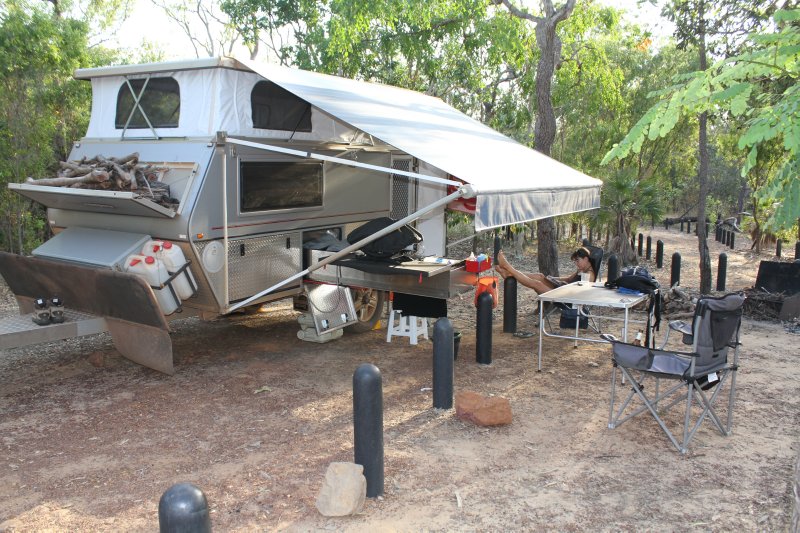 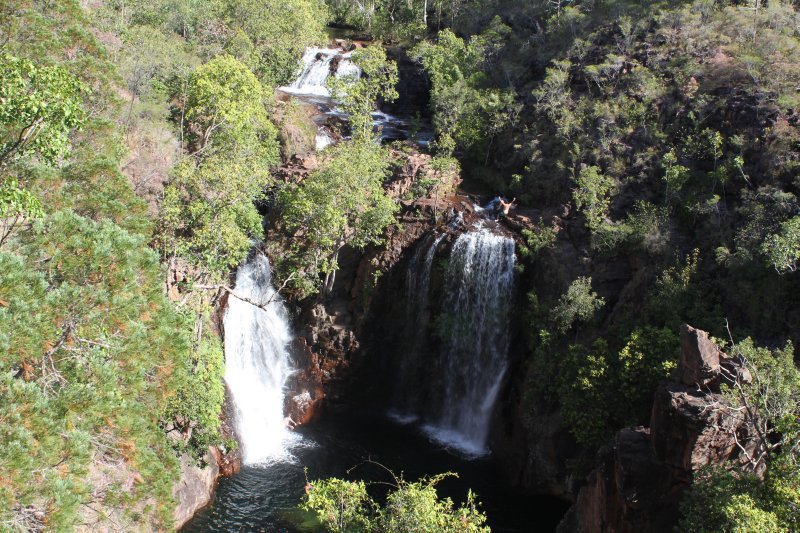 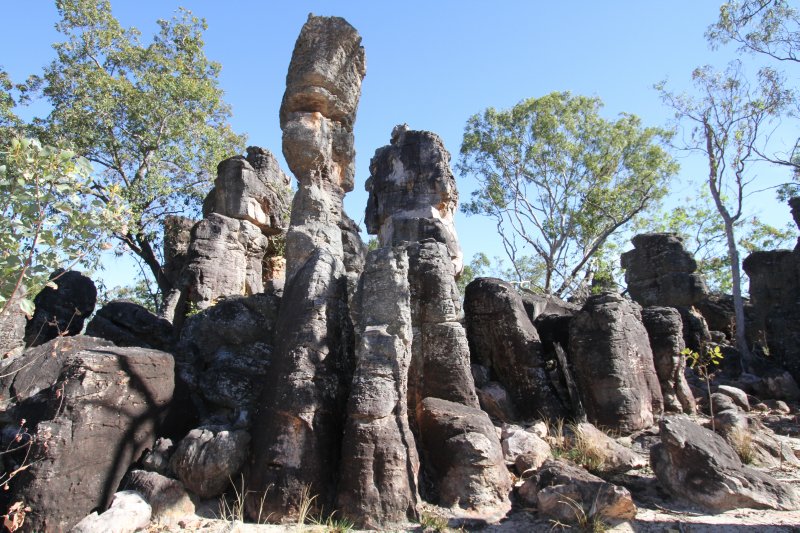 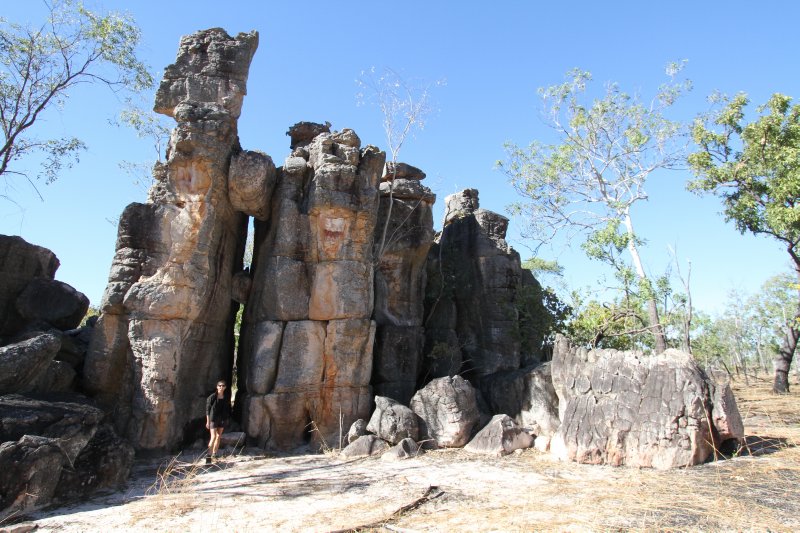 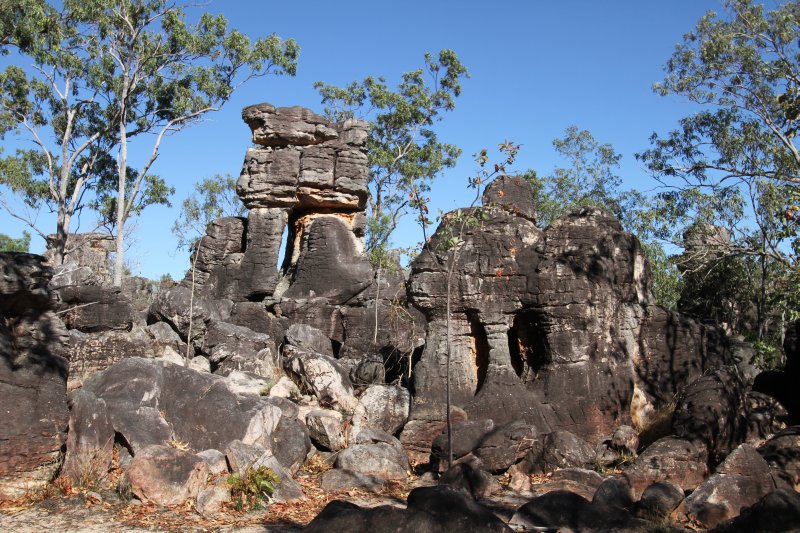 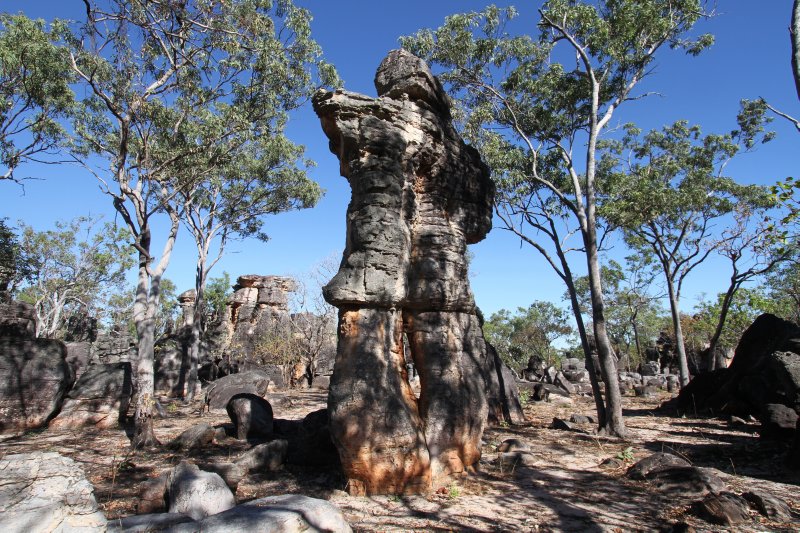 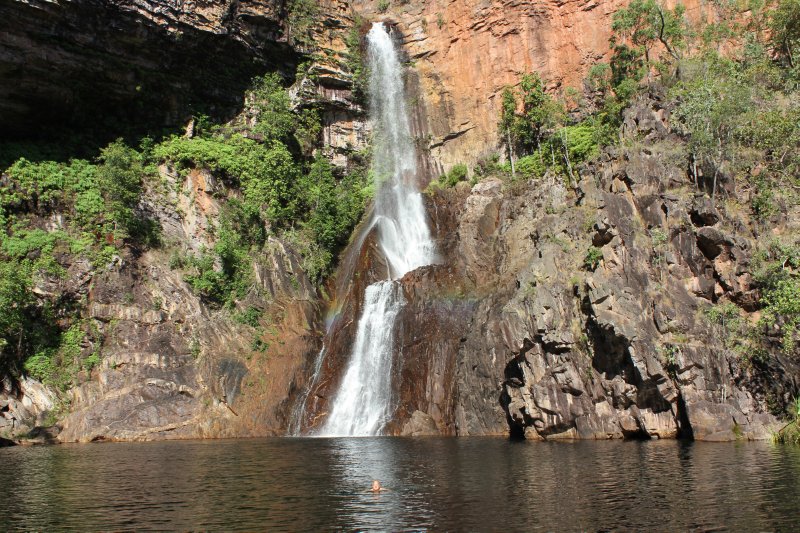 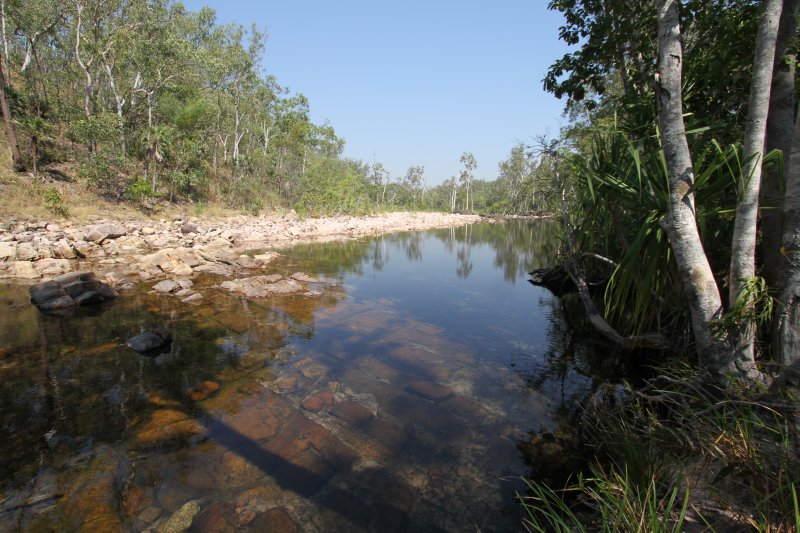 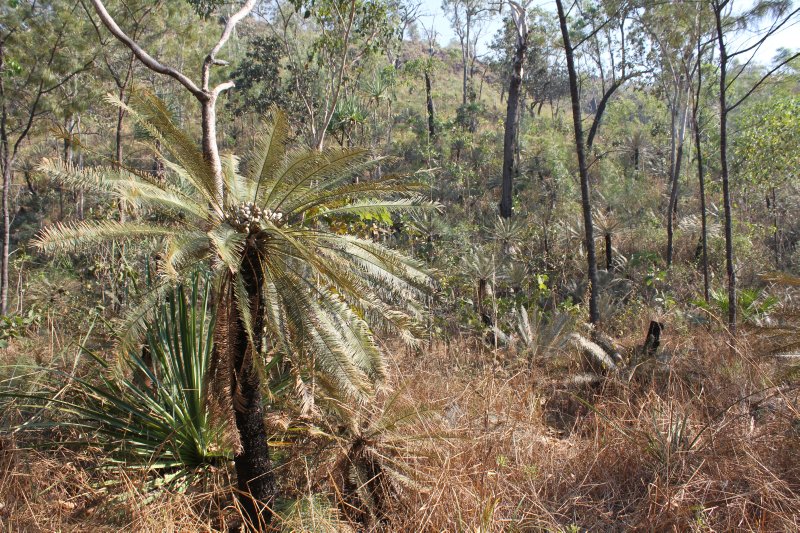 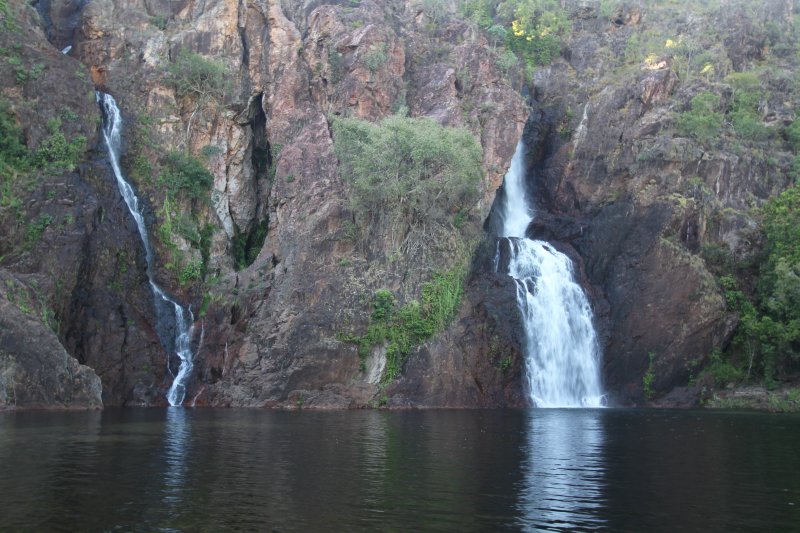 Posted by KobusM 21:21 Archived in Australia