Travelling 400km north of Carnarvon to Cape Range National Park I planned to take a short cut via a 4WD track instead of travelling via Exmouth, which would have been 100km further but sealed road all the way. The first 25km to Ningaloo on the ¤WD track was not too bad as we could negotiate the corrugations at about 60km/hour which was reasonably comfortable with the Old Man Emu suspension. From Ningaloo to Cape Range National park the track turned into a very narrow, single sandy, but very corrugated track with many stony parts that slowed us down to 30 km/hour. I was starting to regret taking the short cut but at the same time also enjoyed the 4WD offroad experience. We reached Yardie Creek well shaken and stirred and although I decreased the pressure to 2 bar in all the tyres at the start of the 4WD track I got stuck in the sea sand crossing Yardie Creek. Deflating the tyres down to 1,5 bar and engaging the 4WD low gear got us unstuck very quickly. I am really impressed with the performance of the Land Cruiser.

Finally we arrived at our first long stay destination, Lakeside beach campsite in Cape Range National Park. The campsite only has bush toilets and no other facilities or mobile network coverage. After rigging the Quantum I could not wait to get into the clear water and have a swim. The water was crystal clear, lukewarm and I saw two Blue Spotted Sting Rays in the shallow water at the start of my swim. Later we also saw two Wallabies hopping along close to our campsite at dusk.

What makes Cape Range so special is the Ningaloo Reef, Australia’s second largest coral reef, that run very close (at Lakeside campsite less than 50 meters) to shore and therefore ideal for snorkeling. I have spotted a white tip shark, about four turtles, many parrot fish angel fish, trigger fish, clown fish, puffer fish and very big sting rays, king fish, queen fish and barracuda whilst snorkeling amongst the coral. Lorraine's first attempt to have a swim attracted a sand shark in the shallow water and she spotted it before I did. It just came to have a look and it dissapeared. I guess that was the last swim for her on that beach.

We have been here for 4 days already and drove to Exmouth today to get advice as Lorraine got a tick bite. Apparently it is a kangaroo tick and not serious. We will just remove it with a tweezer. There is no network coverage in Cape Range NP so we are doing a quick replication in Exmouth. Tomorrow I will come back here for a day trip diving and snorkeling with the whale sharks. 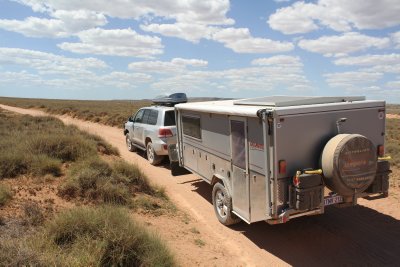 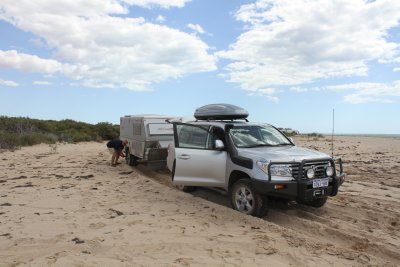 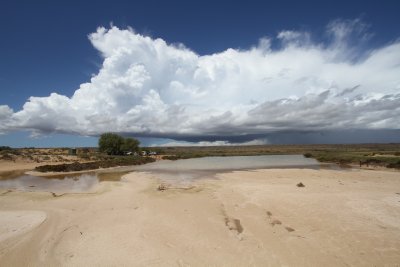 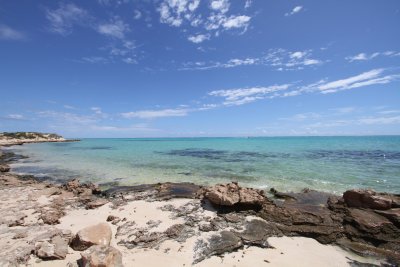 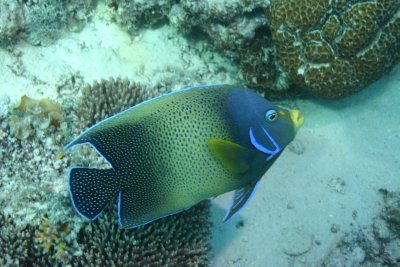 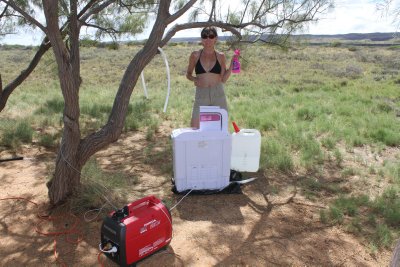 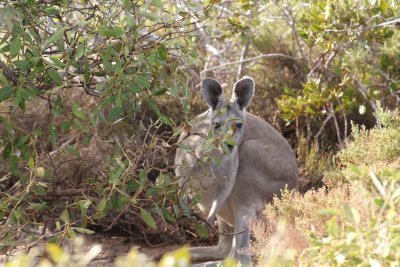 Curious visitor at our campsite 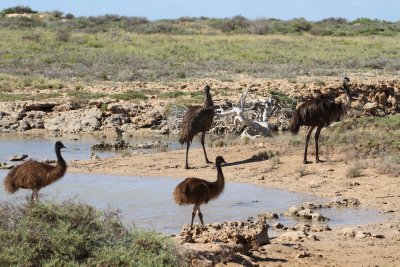 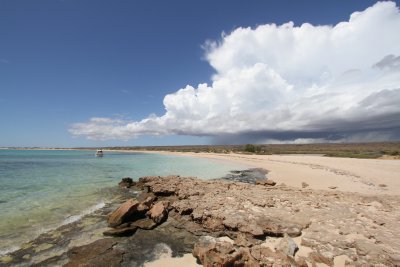 Posted by KobusM 19:33 Archived in Australia