Katherine Gorge in Nitmiluk National Park is a beautiful, deep 12km long gorge (actually a series of 13 gorges) carved through ancient sandstone by the Katherine River. Lush rainforests inhabit giant cracks in the gorge walls which are 70m high in places. The river is inhabited by freshwater crocodiles but it is not impossible for a salty to reach the gorge. The park is owned by the Jawoyn people and the facilities are run by the NT government and very well maintained. We first camped for two nights in the national park caravan park at Katherine Gorge and for once it was quite pleasant and not too crowded with lots of wallabies arounfd the campsite. The first day we went on a pleasant breakfast boat cruise at dawn through the spectacular first two gorges, changing boats at the natural barrier between the two gorges. The second day we did a 3 hour hike to two lookout points with breathtaking views of the gorge and river.

The second part of the visit was camping two nights at Edith Falls, 60 km north of Katherine Gorge. Both the lower and upper falls have pleasant pools to swim in and the hike to the upper pools ahve nice access to lookouts over the falls. 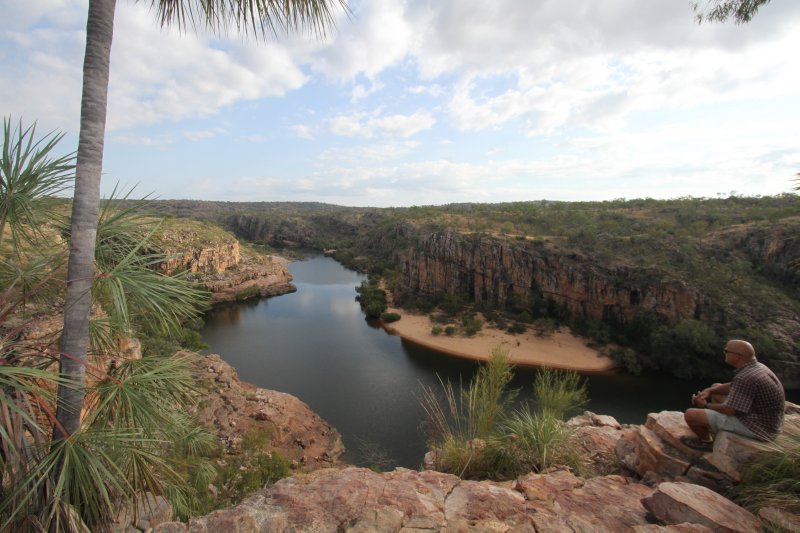 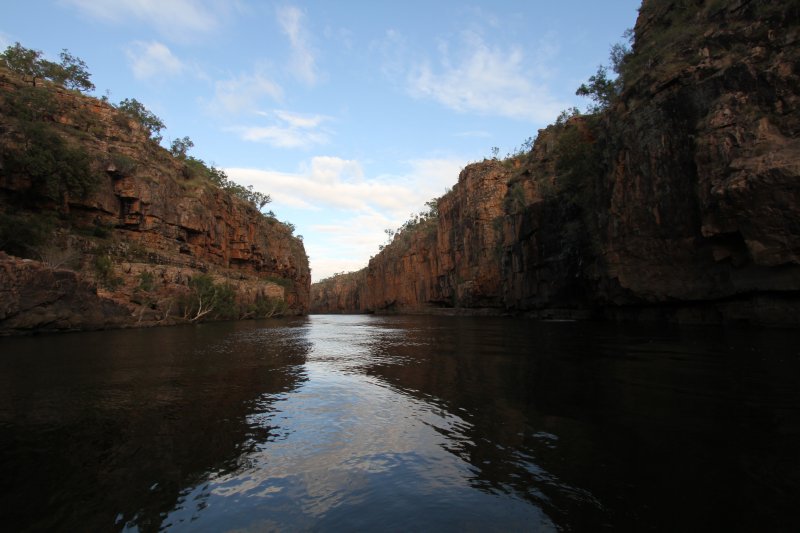 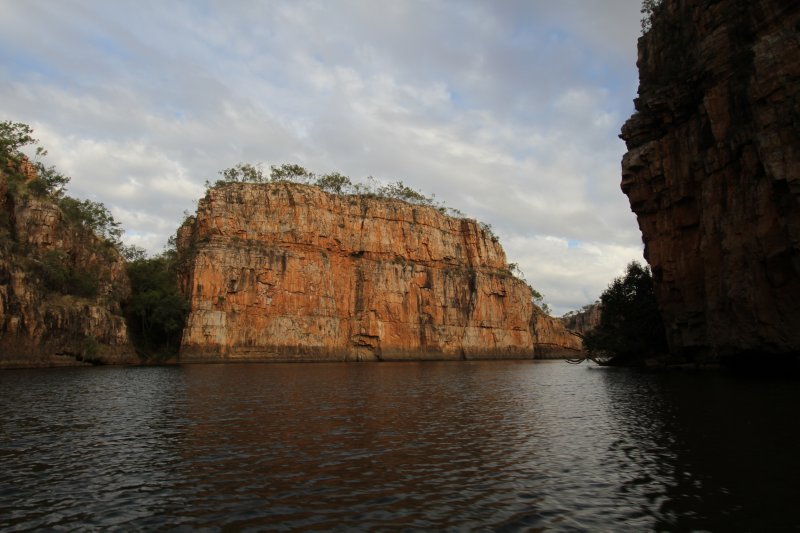 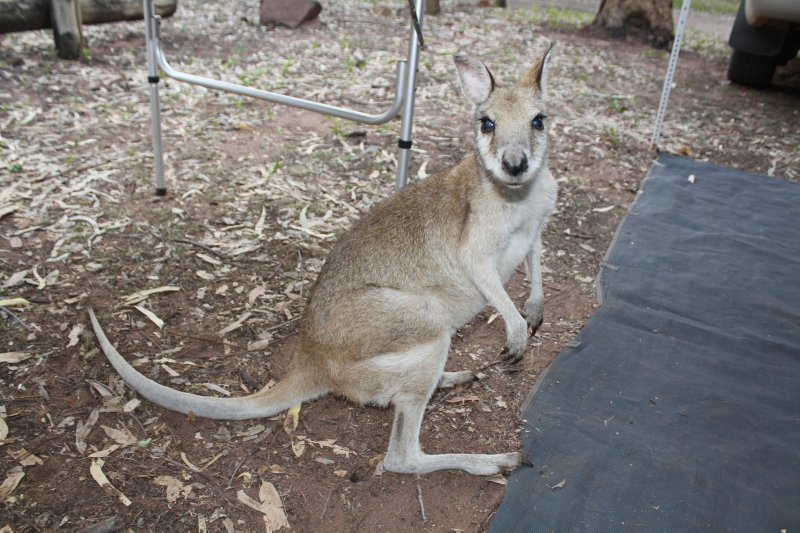 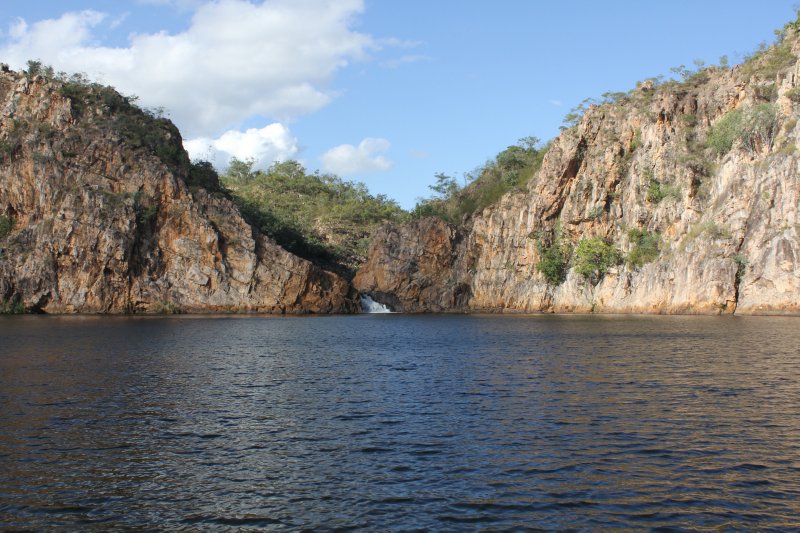 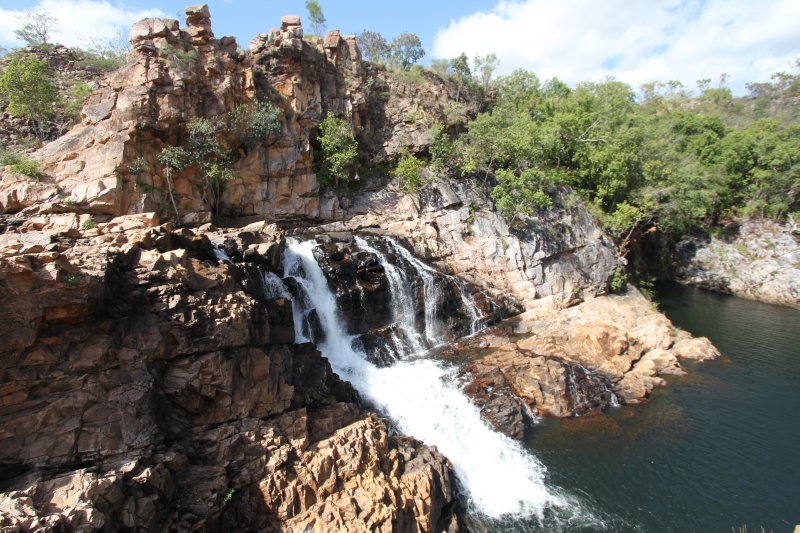 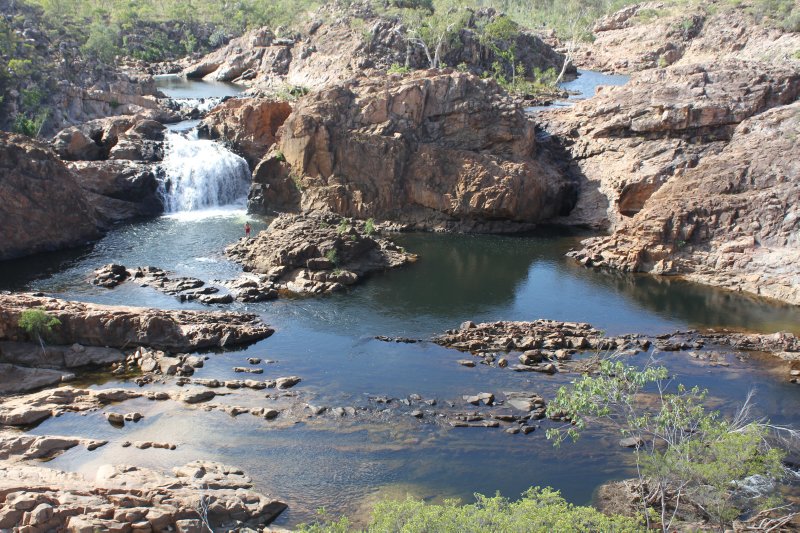 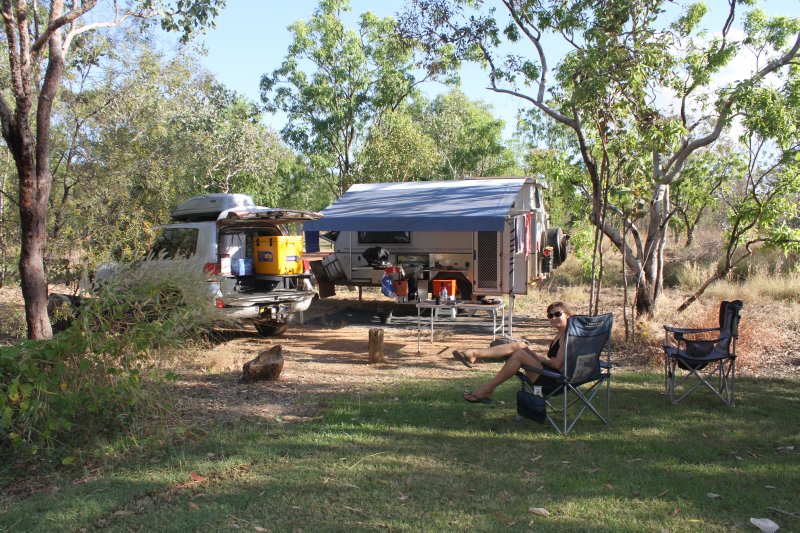 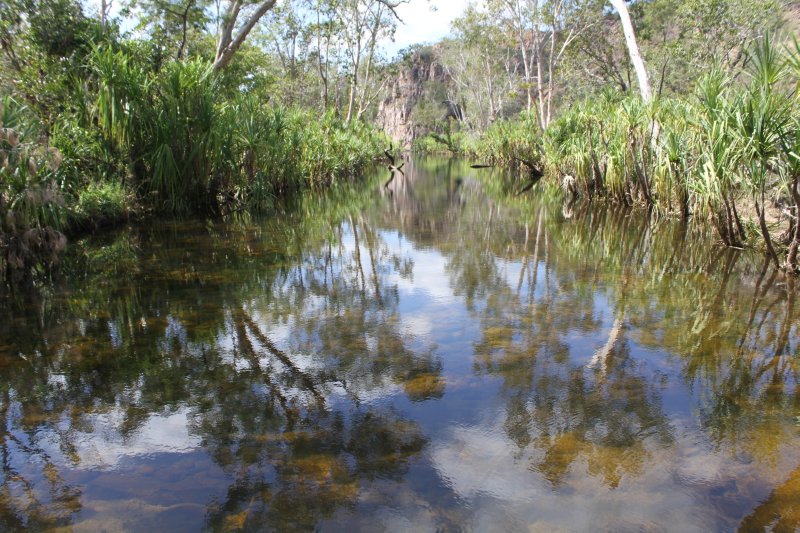 Posted by KobusM 01:38 Archived in Australia

It is so good to see all those lovely places that you visit. Thanks for sharing your photos with us.
In Sweden it's raining and cold right now.

It is so good to see all those lovely places .