After Parry Lagoons we drove south-east on a 4WD track that followed the Ord River and camped on the banks of the Ord River at an isolated spot called Buttons Crossing, 30km north of Kununarra. The banks of the river are very sandy and we got bogged down in the sand trying to tow the Quantum up a small incline. It took about 30 minutes to get ourselves unbogged and it was our first real recovery situation we had to deal with. Letting the tyres down to 20 PSI, using plastic trax and some branches to give more grip, as well as some digging got us out of trouble.

It is a very peaceful spot with nobody else around. It is a free camping spot with only a bush toilet and a table but we really enjoyed it. At night there is lots of activity in the water (fishes and maybe some crocodiles) and on the banks of the river the kangaroos and wallabies come to quench their thirst.

The Ord River has huge saltwater cocodiles lurking around and we were very cautious not to venture too close too the waters edge. I saw four crocodiles close to where we were camping but they were not aggresive at all. I tried do do some fishing but had no luck this time.

We stayed for two nights and moved on to Kununarra where we are staying at the Kimberleyland Caravan Park. We normally hate caravan parks but the Landcruiser needs its 10,000km service and Lorraine needs the internet to do her studies. I washed the Landcruiser and Quantum this afternoon and it took me almost three hours to get the Kimberley dirt and mud of the vehicles. I know it is a futile exercise as we will be travelling dirt roads soon but it made me feel better. 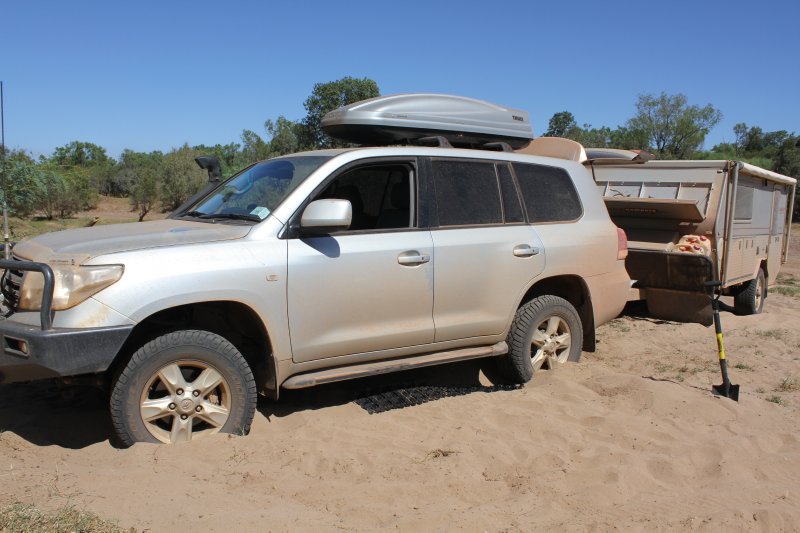 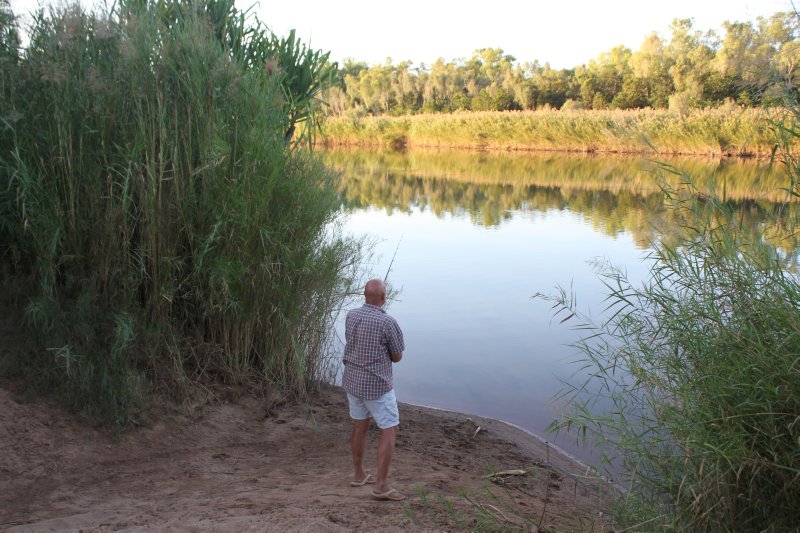 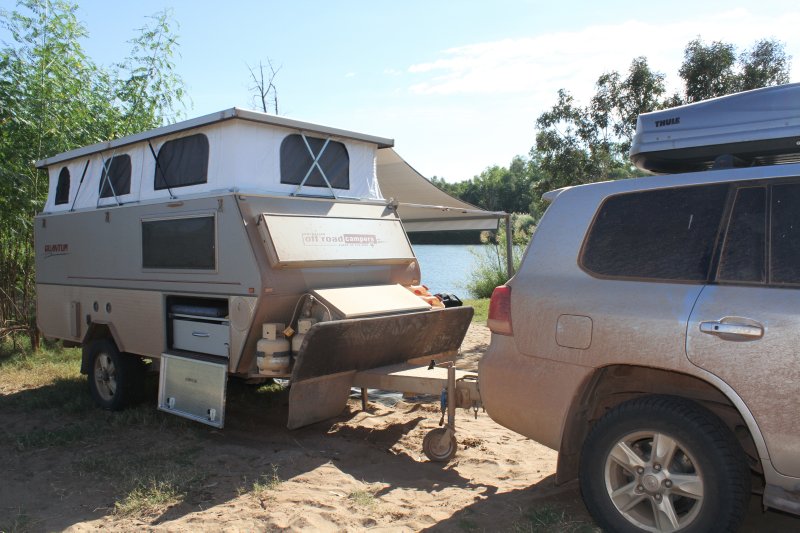 Posted by KobusM 04:45 Archived in Australia