We finally departed from Fremantle and travelled 560km north to the Principality of Hutt River, an independent, sovereign state that seceded from Western Australia on 21 April 1970.

We were met by His Royal Highness Prince Leonard who showed us around and explained the history of his small country. We bought some banknotes, coins, stamps and post cards.

Leonard Casley had a dispute with the government over Wheat Quotas that were introduced in 1969. For many years the Casleys consistently cropped 13,000 acres of wheat every year and when the Wheat Quota was introduced they only got a quota equivalent to 100 acres. Leonard Casley lodged a large claim and the government's reaction was to pass a bill in parliament whereby the Western Australian Government would get the power to resume the Casley's farming land. Leonard Casley poined out to the govenment that the resumption was unlawful and asked the Governor to intervene or he would secede his land to protect his lawful rights. A month went by without any response and eventually Leonard issued the Seccession Documents. A lot of political negotiations followed but Casley stuck to his guns and eventually the Commonwealth Government stated that they would not intervene with seccession and from that moment Hutt River became an independent, sovereign state.

My brother, Robert, will love the story of the Principality of Hutt River and I am sure this will give him some ideas for his farm in South Africa.

We were the only campers in the camp site except for a group of contractors living there whilst they were planting millions of trees for companies to offset their carbon tax that has been introduced recently.

We were pestered by flies during daylight and we had to use our mosquito nets that we bought in Sweden to keep the flies from crawling into our eyes, noses and ears. However, the fantasic clear view of the milky made up for the fly trouble in the evening. 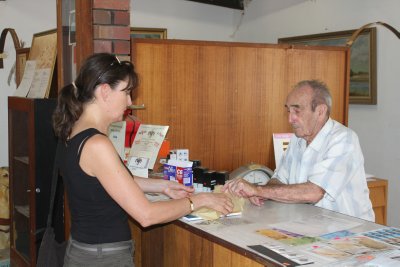 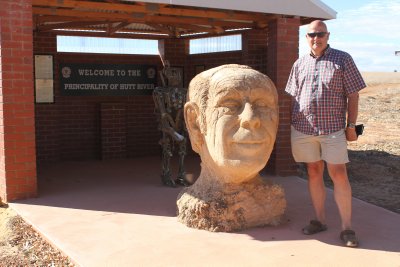 Me with a sculpture of HRH Prince Leonard 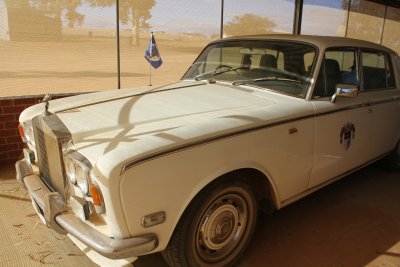 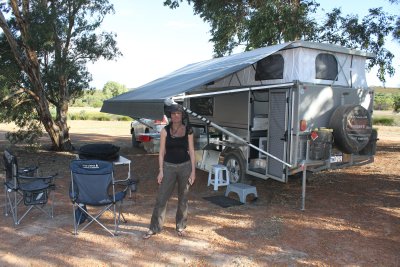 Our first camp on the Big Lap

Posted by KobusM 03:38 Archived in Australia

Where can we get hold of Leonard Casley ? How will the independent state of Melkhoutbosch South Africa sound?